A Quick Guide To Gen Z’s Comedy: How Brands Can Use Humor To Connect With Younger Generations

Generational differences sometimes make it difficult for brands to reach younger audiences. As a proud, Gen Zer myself, there have been many times when I’ve tried to share videos that I find on TikTok with my mom only to be met with questions: “Who is that?” “Do you know them?” “Why are they doing that?” “What does that mean?” One of the best ways to bridge that gap is through humor!

Brands such as Wendy's and Moonpie have used this technique to acquire a fanbase online. Find out how you can specifically target Gen Z by mirroring their eclectic, comedic style through your online content. In this blog, Hollywood Branded talks about Gen Z’s eclectic sense of humor and how brands can use internet comedy to connect with younger generations. 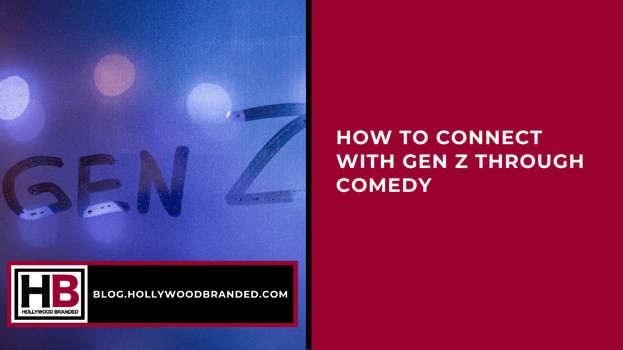 Comedy In The TikTok Age

It’s no question that social media has shifted the culture of comedy. From YouTube, Twitter, Vine, and the newest addition to the social media comedy club, TikTok, the internet has had an unmatched effect on the ever shifting comedic landscape, especially within the past 15 years. Gen Z has largely contributed to many of the most recent internet trends, with TikTok serving as ground zero for many of them. However, other generations often have a hard time understanding many of these trends because Gen Z has a reputation for having an eclectic sense of humor. This disconnect makes it hard for companies that typically target an older generation to reach Gen Z. There is nothing more cringe-inducing than a company whose social media presence feels forced, or like they’re trying too hard to be trendy. Keeping up with internet trends can be difficult, but using humor online is an amazing way to broaden your audience and connect with Gen Z, in particular. Because of this, I’ve decided to make a quick guide to try to explain Gen Z’s Internet humor and some examples of companies who have hit this strategy out of the ballpark.

Older generations find it difficult to understand Gen Z’s humor because it often doesn’t follow the traditionally established comedic order, where every setup has a punchline. Sometimes the jokes don’t follow that order, but sometimes they actually do.

I will never be the same😔

As seen in this TikTok by Gen Z user @josh1morris, who has over 3 million followers, the setup is the fake crying and the over the top sad music. It tells us that a joke is coming. The punchline is the second clip—the fact that “ceiling” is misspelled as “seeling,” the way the video has been edited so that the saturation is overly exaggerated, and the cheesy, upbeat happy music directly contrasting the first song. Of course, this isn’t as clear cut as when a traditional standup comedian tells a joke onstage; @josh1morris doesn’t spell out the joke for the audience, but it still uses the same formula.

Sometimes, The Fact That It Doesn’t Make Sense Is What Makes It Funny.

Does the TikTok that we just broke down make sense? Not really. Does that matter? Not even a little bit. In fact, that’s actually one of the reasons why Gen Z finds it so funny. “Why” questions won’t get you very far when trying to dissect Gen Z’s jokes on the internet. Don’t question what you are seeing, just accept it. Comedy is supposed to be light and fun. Too many questions of “why” or “what’s the point” weigh it down to the point of no return. Maybe the reason why you don’t “get” the joke is because there’s nothing to get. Simple as that.

A Lot Of The Time, The Joke Comes From An Already Established Internet Trend.

One of my favorite examples of this is a TikTok trend that was popular within the past year:  “How I’d dress based on our date"

This was what I’d call a “lowkey thirst trap” TikTok trend. Essentially, people want to flex their best outfits and look really good, but they don’t want to be over the top about it. In this trend creators put together outfits based on a date idea and modeled them for their followers. This spurred a counter trend that pokes fun at the seriousness of the initial TikToks.

Obviously, @tyvinyard_ looks phenomenal in his selected “owlfits,” and he also makes it impossible to watch the serious version of the trend without thinking of the joke version. Like @josh1morris’s TikTok, this also involves misspelled words and extremely specific emoji’s. Gen Z’s way of marking a post as a joke.

How Brands Can Use Humor To Connect With Gen Z

This style of humor is a phenomenal way for brands to connect with Gen Z. I know that outside generations can find it a bit weird and maybe difficult to grasp, but nothing connects people the way that laughter does, and brands who know how to take a joke are fun to keep up with and often establish a more personal relationship with their audience than those who tend to keep a stiff upper lip. There are some brands, like Wendy’s, who have taken their social media account in a similar direction as @tyvinyard_ by continuously poking fun at their biggest competitor, McDonalds. 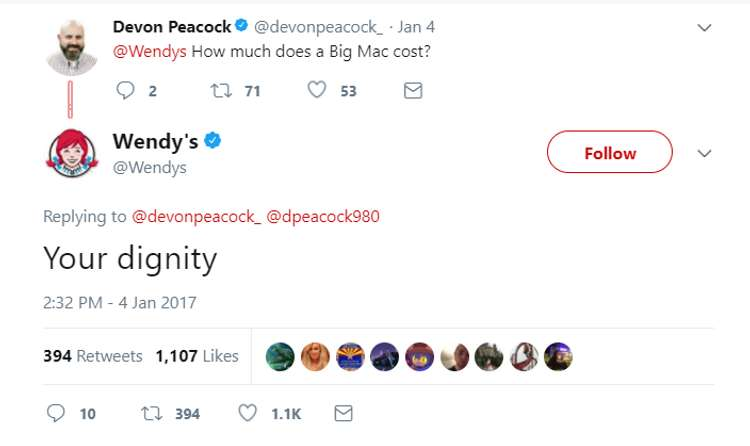 While I personally love to keep up with Wendy’s Twitter shenanigans, your brand definitely doesn’t need to go that far to connect with Gen Z. My favorite presence of any brand on Social Media is @MoonPie on Twitter. @MoonPie usually sticks to the more self deprecating side of comedy, which is a Gen Z staple, and much safer than the Wendy’s route. 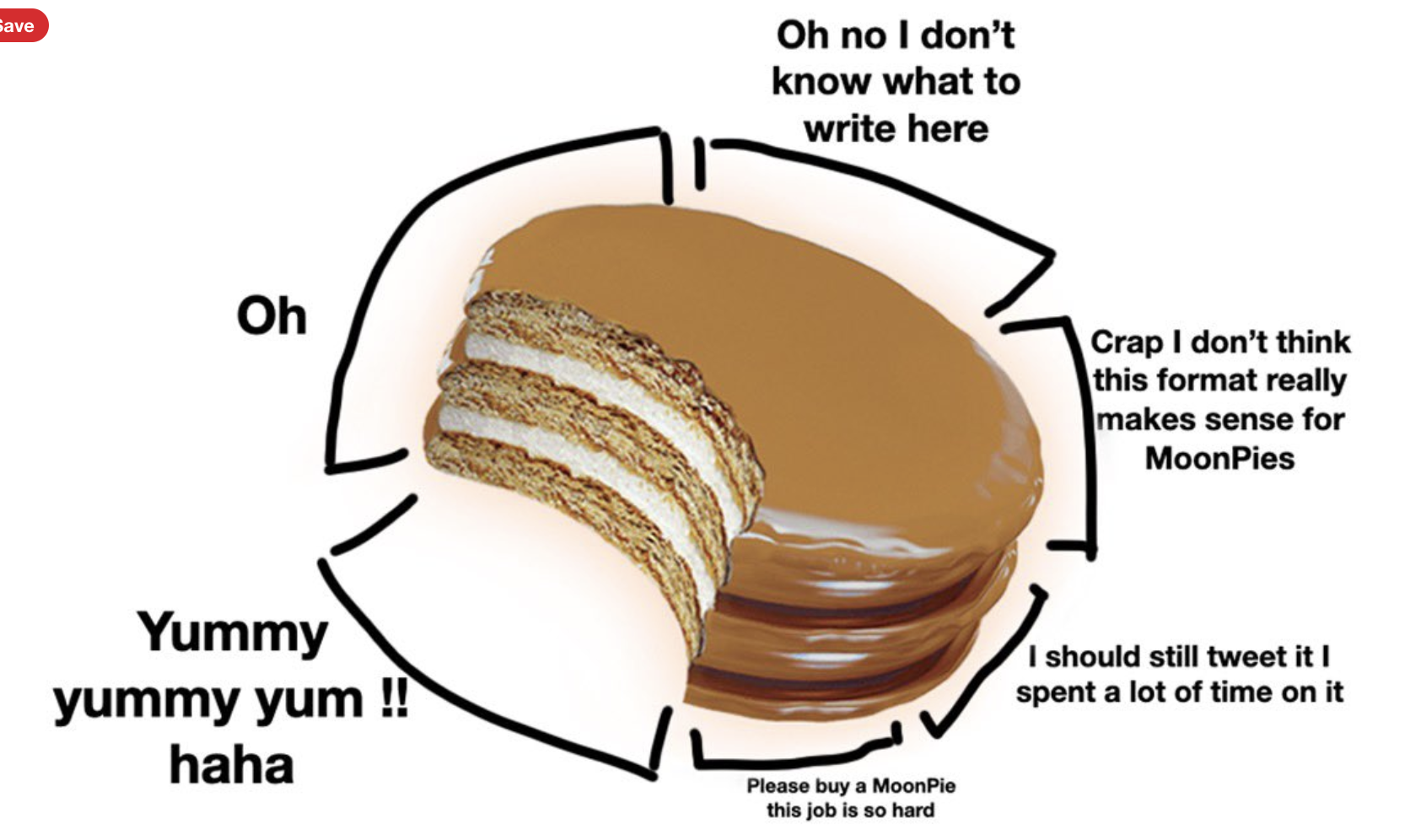 I love this example because MoonPie is staying true to their already established internet identity while still keeping up with current trends. Regardless of if you choose to poke fun at yourself or even at a competitor, staying true to the identity of your business is the most important thing. Everyone loves authenticity—no matter the generation.

Connecting with your audience through humor gives your business a personality. This helps you to connect with your audience in a more personal way and allows you to reach younger generations in particular. Keeping up with the trends is no easy task, but @MoonPie shows that as long as you stay true to the identity of your brand, you don’t have to nail every single tweet. As mentioned, sometimes what makes the joke funny is that it doesn’t make sense, so don’t put too much pressure on yourself! Social media was meant to be fun, so above all, don’t take yourself too seriously.

For more Gen Z related content, check out these other blogs by Hollywood Branded!

To find out more about Hollywood Branded and for more info related to all things marketing and pop culture, sign up to be a part of our email list!