"Alexa, Tell Us About Your New Features"

Amazon Alexa, the virtual assistant developed by Amazon announced some new changes coming soon. Things are about to get a little more interesting and a lot more exciting! Not only is she getting a more natural sounding voice and support for bilingual requests, but perhaps the most exciting is replacing her voice with a celebrity's.

It’s time to change up your Alexa and see who is coming to be a new voice option. In this blog, Hollywood Branded takes a look at how Amazon’s Alexa continues to make exciting new products and customer options. 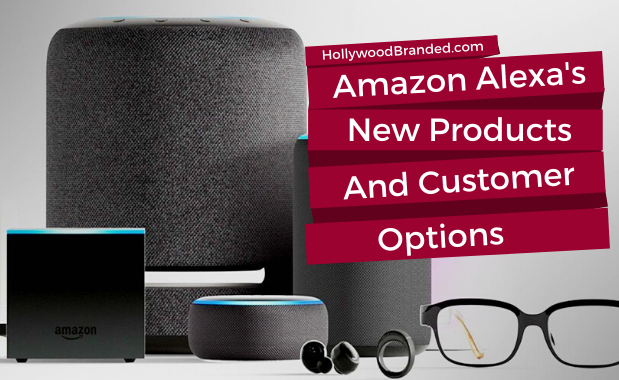 Oscar nominee Samuel L. Jackson has decided to make a deal and lend his iconic voice to Amazon’s Alexa. Back in September, Amazon was introducing some of their new products and decided to also announce the changes coming to Amazon Alexa, the virtual assistant. Her voice can now be changed to be Jackson's. This function was created using neural text-to-speech technology which relies on deep learning techniques to make Alexa sound more like a real human with emotive and expressive speech. And unlike past versions, this new one is not relying on prerecorded phases as they will all be synthesized.

The Alexa “Skill” is offering a special price of $0.99 cents as an introductory offer to those who purchase the voice pack in 2019. For those who decide to wait for the new year, the price will jump up to $4.99. Amazon is also promising that more celebrities will come in 2020 as well.

What Can Samuel L. Jackson Do?

Jackson will be able to announce the weather, sing happy birthday, tell jokes, set timers and alarms as well as play music and more. There is a learn more option as well, where you can ask Jackson about his interests and career triggering his response. However, he will not be able to do everything Alexa can. For example, shopping lists, reminders, or skills are some of the things he has restrictions with. After purchasing Jackson to be your Alexa voice, all you will need to do to get started is say “Alexa introduce me to Samuel L. Jackson.” Then you can pick if you want him to use clean or explicit language and you are ready to go! You can always go back to the Alexa app if you change your mind on your language preference. 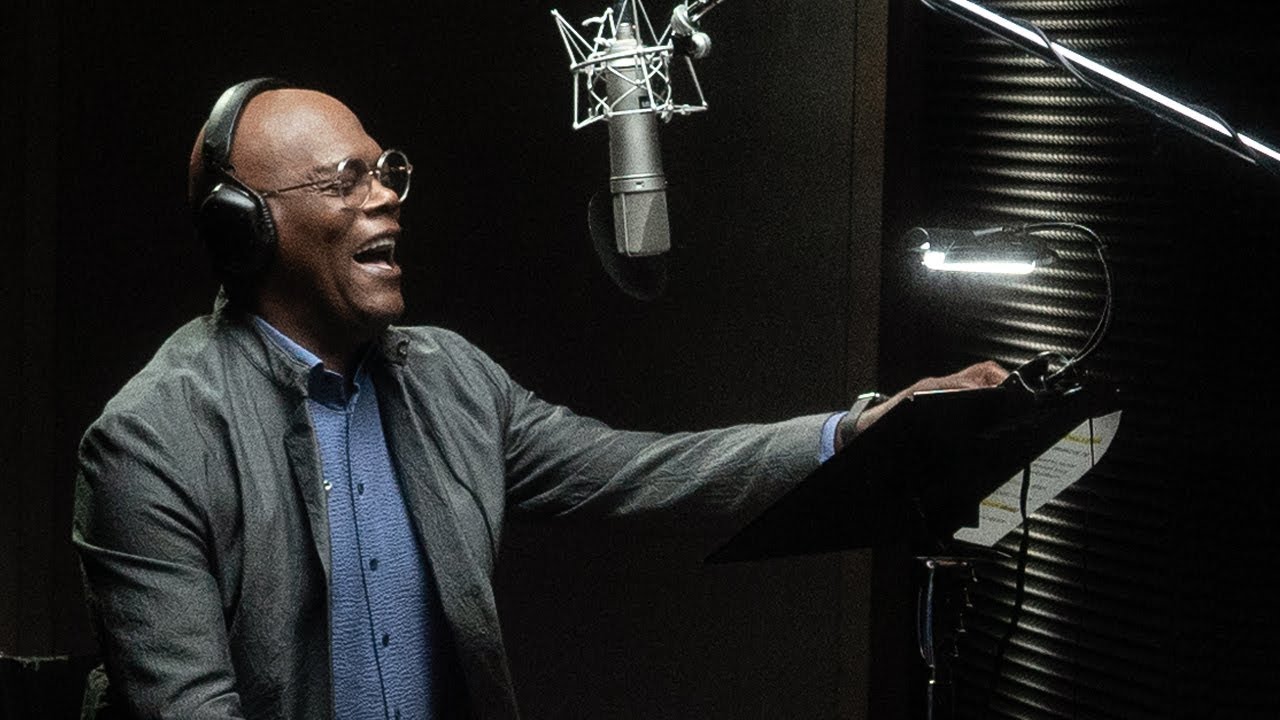 Yes, Jackson is the first official celebrity voice for Alexa but in 2018 there was a Super Bowl Commercial that also used big name stars to fill in for Alexa when she lost her voice. These stars included Gordon Ramsay, Rebel Wilson, Cardi B and Anthony Hopkins. The commercial ended up winning the USA TODAY’s 30th Ad Meter. Because of this, in 2019, there was yet another Super Bowl commercial featuring stars like Harrison Ford, Forest Whitaker, and astronaut twins Mark and Scott Kelly.

However, the idea to use Jackson’s voice for Alexa most likely came from a 2014 parodied video of an original Amazon Echo commercial. It inserts Jackson’s voice where the original ad played Alexa’s. With Jackson’s profanity, it definitely made for a good parody and brought Amazon some attention.

New Devices and Settings For Amazon

Amazon announced that they have a multitude of new Echo-compatible products coming out! These include the Echo Buds, Echo frames, and the Echo Loop. The Echo Buds are wireless earbuds and are fully Alexa-enabled that feature Bose’s noise-cancellation technology. The Echo Frames are smartglasses that can be fitted with prescription lenses and have hands-free access to Alexa. And the Echo Loop is your shortcut to quick calls, fast answers, and information that help you stay on top of your day. These three products are being introduced in the middle of the privacy concerns in which microphones are recording what users say. Amazon is gearing up options in order to assure Echo users that their privacy is important and will not be used in company research. 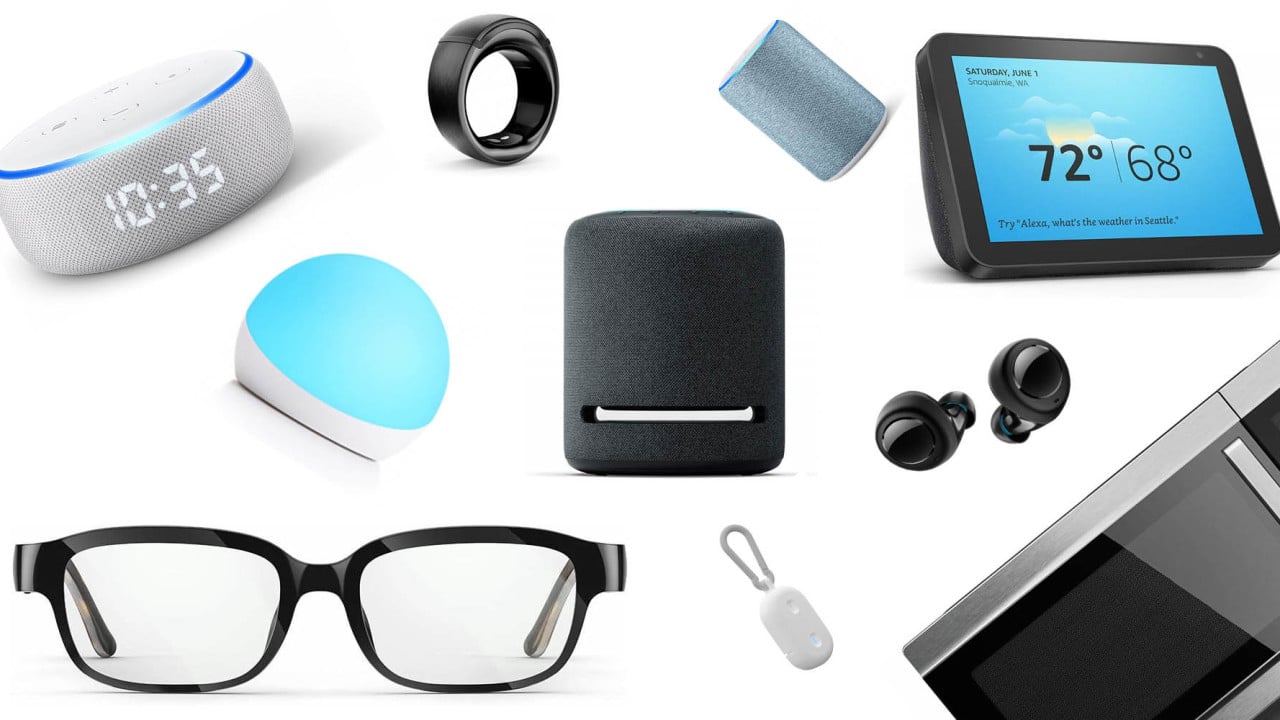 Some of these privacy improvements will include customers being able to auto-delete verbal commands. This is in response to reports that Amazon has several employees listening to Alexa recordings in order to improve the accuracy of its speech recognition. Amazon is also debuting a FreeTime program on Alexa for the Echo Show family of devices. This will inhibit kids to age-appropriate videos and allow their parents set a guidelines of people their children are allowed to call or send messages to, as well as set bedtime limits and block explicit songs.

As so many households are bilingual and multilingual, Amazon is introducing the multilingual mode. It is going to allow customers to talk to Alexa in a language of their choosing. This mode is primarily designed for bilingual households so everyone can feel included while talking with Alexa. The new feature will be introduced in the following languages and countries. In the United States with Spanish and English, in Canada with French and English, and in India with Hindi and English.

Where Else is Alexa Available?

Millions of GMC, Cadillac, Buick and Chevrolet cars will be introducing Alexa in the first half of 2020. General Motor said it will make Alexa available with upgrades on 2018 cars as well as newer cars, trucks and crossovers with compatible systems. It will let drivers control navigation and in-car entertainment systems as well as linked smartphones. Toyota, BMW, and Ford have all signed on already to support Alexa. 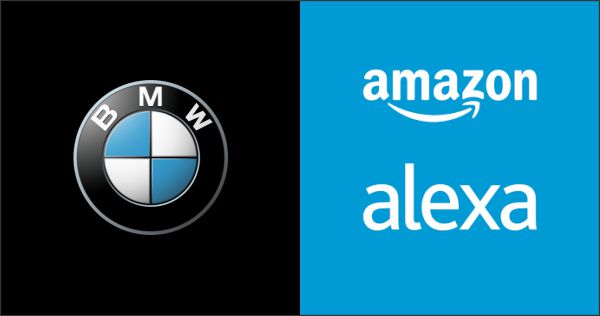 In this ever changing technology focused world, brands need to be on top of their game or else they will get lost. Amazon found out how to create new technology with the new products they are consistently rolling out, as well as the ones that customers already own. Whether it be in your cars, or homes Amazon discovered how to make a great products even better. Adding a celebrity voice for example brings new excitement to asking questions to your Alexa. Samuel L. Jackson’s answers to your questions will be sure to put a smile on your face. Being able to have Alexa in your car, enables safe hands-free driving. No matter where it may be, technology is always improving and making it more enjoyable for the customer.

To learn more about the benefits of branded partnerships check out some other blog posts we’ve written on the subject.

Are you interested in learning more about how celebrities have helped brands sell products? Check out our video that provides case studies and stats on more than a dozen celebrity endorsements!