Apple & The Rock Team Up For A Siri Celebrity Endorsement

Dwayne "The Rock" Johnson is one of the busiest men in Hollywood. From constantly filming movies (he currently has four films in post-production, including Jumanji), to starring in his hit TV show Ballers, to even (possibly) preparing to run for President of the United States of America, the man rarely sits still.

Apple uses this to show the organizational skills of their always-improving assistant Siri, who lives inside your Apple device. In this blog, Hollywood Branded looks Apple's new celebrity endorsement of Siri by The Rock. 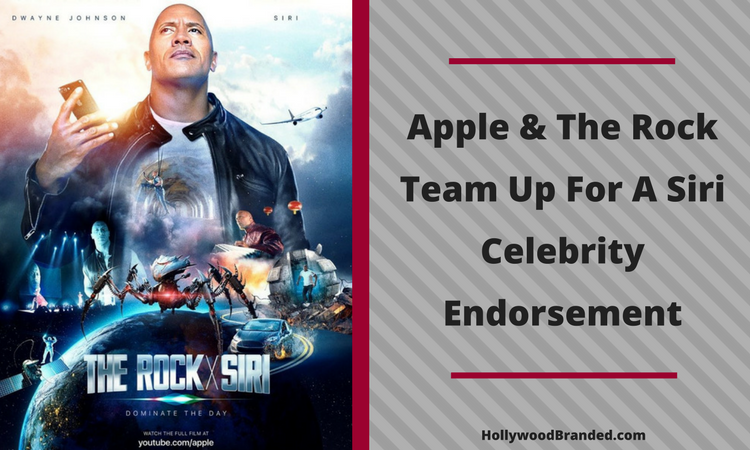 Siri & The Rock Conquer The Universe

Dwayne Johnson, aka The Rock, was 2016's highest paid actor of the year. He is one of the most sought-after men in Hollywood right now, and as such, is the perfect celebrity endorser for a big brand.

Apple swooped in, making their latest ad seem like a short film, with Johnson as its star. 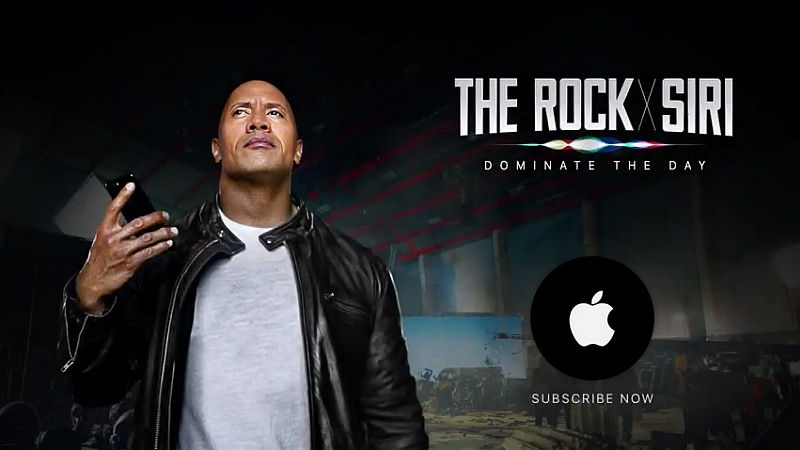 Beginning bright and early with a touch-up to his staple bald head as he works out and clips his Bonsai tree, Siri points out he has appointments every five minutes. Not to worry, as Johnson uses Siri to call a Lyft to LAX, check on weather conditions in Rome, and take a picture in outer space.

With Siri's help, The Rock makes it through his day and accomplishes all he set out to do... only to begin again when he finishes.

What Makes The Rock Such A Great Celebrity Endorser For Apple?

The Rock and Siri are a dynamic duo. Staying cool under pressure, they keep things organized and get things done. However they don't compromise their style to do so, and in fact it is what makes them so agreeable.

Plus, The Rock has a massive social media reach, which he used to direct his fans to his new ad for Apple via Twitter. 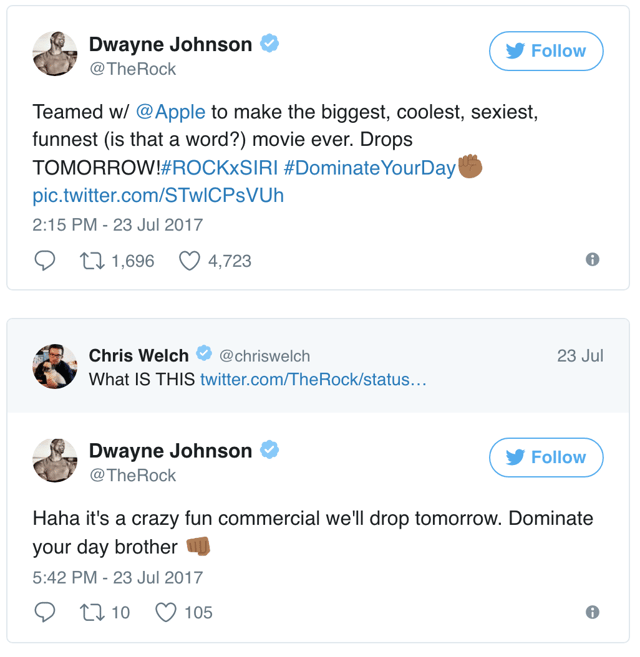 Siri's been around for a while, but this ad just brings back to light some of her most useful functions, and introduces things you may not know about her. And The Rock brings just the pizzazz Siri needs to be back in the spotlight for Apple.

This new one, however, is pure star power from the biggest name in Hollywood right now.

Could Your Brand Benefit From A Celebrity Endorsement?