Peter Parker packed a toothbrush before embarking on his adventures in this new cinematic addition to Marvel’s collection. I mean, we all need our shiny whites to be shining, but in this case, packing a toothbrush was vital. Peter Parker, our own friendly neighborhood Spiderman, was leaving the neighborhood! In his newest film, Parker left his hometown of Queens, New York behind and embarked on a school trip to the new lands of Europe.

Just as Peter Parker took off on his flight across the country, the movie took off in its own way, recapturing the hearts of Spidey-fans and various brands alike! In this blog, Hollywood Branded shares the brand partnerships that wove their way into the web of Marvel’s latest film, Spiderman: Far From Home. 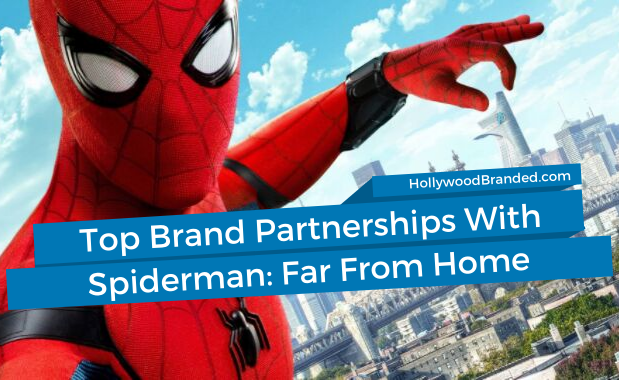 Spiderman, or Night Monkey as the European’s like to say, had quite a trip in this movie, both physically and mentally. Still grappling with the loss of his mentor and friend, Tony Stark, Peter Parker is looking forward to his school trip to Europe, hoping to have a stress free vacation with his class (and crush! ooh la la). However, in this movie, Marvel proved that the word “stress-free” isn’t in their vocabulary. In fact, if you’re a superhero, and you want a stress-free vaca…..try out a new profession.

While Spiderman may not have been happy with his spider-induced professional career, his fans felt differently about his action-packed activities. And while I empathize with Peter’s dreams of relaxation, some of those killer Spidey-sense moves proved that Spiderman is meant to be a superhero- and a great one nonetheless.

Marvel knew their Spiderman was great, and their fans did too. Only 6 days after the film was first releases, the film had already brought in a whopping $185 million. A record was broken for Sony. 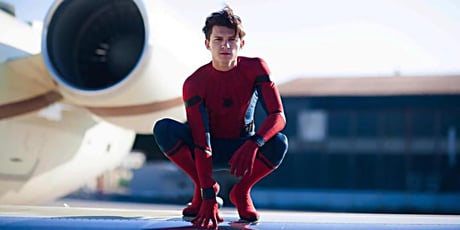 Just as Peter’s journey starts on a plane… ours will too! One of the biggest and most sky-rocketing brand partnerships with this film was found through their buddies over at United Airlines.

Peter’s web-slinging takes him far, but not far enough to span the vast oceans on the way to Europe! In this edition of Spiderman, Peter traded in his webs for a United Airlines plane. 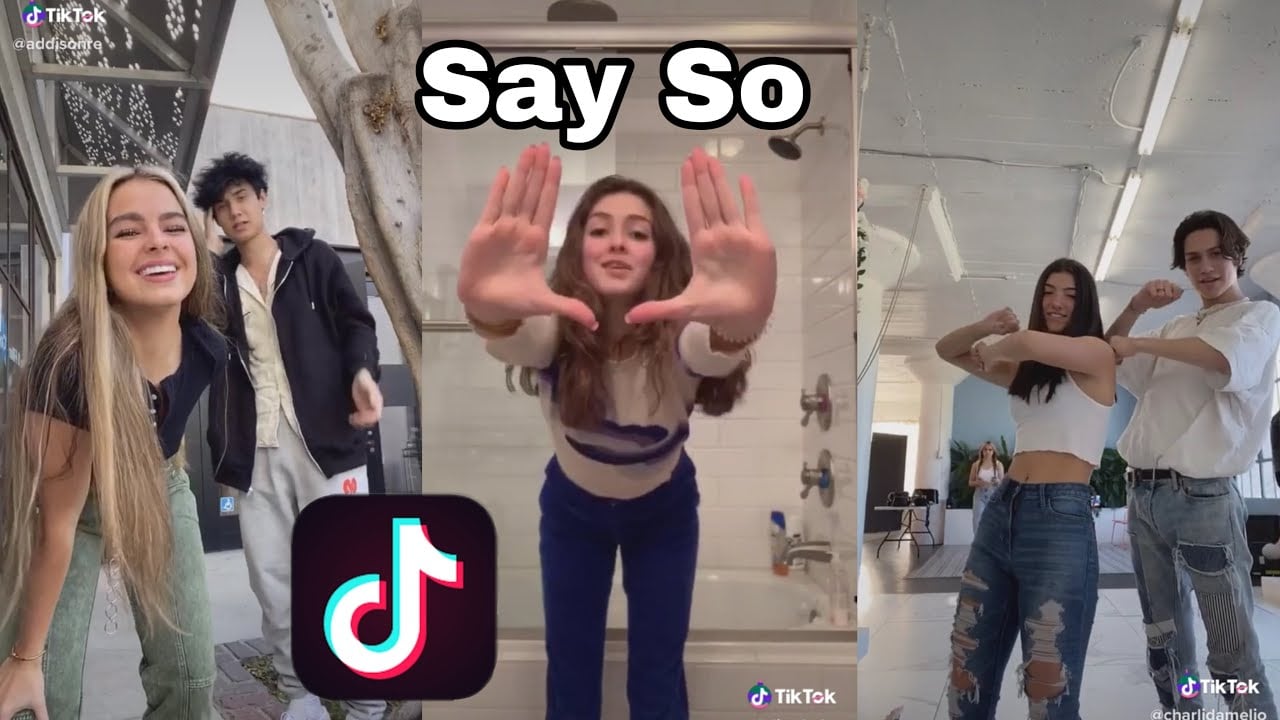 And United Airlines was happy to provide! The airline company partnered with Spidey to provide an aircraft for the movie- as well as some solid advertising. And not only did the brand get some good air-time, and United Airline employee features in the film, but they also showcased the superhero in their airline safety video! I’m sure that any Marvel fans were paying especially close attention to the safety features on those flights.

And if you’re a Marvel fan yourself, take your aisle seat! We’re staying in the U.S to visit this next brand, but it’s still a little too far to walk.

Welcome to the Doritos capital of the world! Ok… maybe not the capital… but at least we’ve made it to the headquarters.

All of the advertising that Doritos did for the new Spiderman movie shows that Plano, Texas is the place to be if you want to eat chips that will leave you feeling full-of love for Spidey that is.

In their partnership with the movie, Doritos released a fully integrated global campaign, including promotions ranging from package designs to online games.

And if you take a quick trip over to North America you can even sling some webs yourself, as a Doritos-sponsored game was released there! The online game allows fans to train as Spiderman himself, racing through a series of web-shooter training adventures in various European cities. 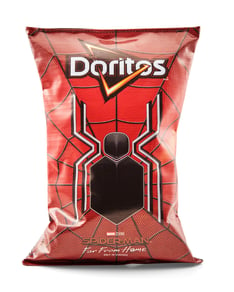 Doritos took Spidey by the Nacho-flavored horns, encompassing all that the hero has to offer, literally and figuratively. Literally in the sense that despite Doritos’s thorough promotional campaign, they still had more to offer. The Incognito Doritos was their final show of love for the movie, as the snack company designed a traditional looking Doritos bag that transforms into a full-size replica of the Spiderman suit. 150 Incognito Doritos hit the market, and have since sold for around $10,000 on E-bay. They truly took a note from Tony Stark’s book and spared no expense.

No plane tickets necessary for this journey. Before leaving the good old town of Plano, Texas, we gotta make a quick pit stop at another famous brand partner of Spiderman: Far From Home.

Dr. Pepper was excited to work with Spiderman for their upcoming movie. So excited in fact that the soda company released their first new flavor in the past five years. The new soda is titled Dark Berry and has hints of blackberry and black currant mixed into the original cherry-flavored taste of Dr. Pepper! And in honor of the ninja-suited Night Monkey swinging into scene in the new film, the title Dark Berry seemed especially fitting. 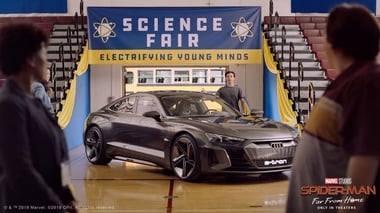 It’s time to move on from our time in Plano! And how to get from one place to another? A plane…yes! But when traveling cross-country, a car might be a bit more accessible. And what’s the go-to car when working with Marvel? Well, it’s obvious! Audi’s the brand to bring in.

And the MCU was well aware of this when going into filming on their newest Spiderman film. Whenever characters were at their most dire point, whether it be in commercials of Peter Parker trying to win his school science fair or movie scenes of Nick Fury racing into battle, Audi was by their side.

Many of Audis’ vehicles were featured in the film, including the GT concept car, the Audi A7, and the Audi A8. 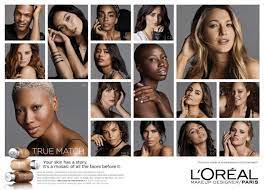 And there’s even more where that came from! In preparation for the film, Audi whipped out a new advertisement AND car for the upcoming film. The Audi E-tron GT Concept car made a debut at Peter Parker’s school science fair, as the “project” that Ned and Peter presented ultimately ended up being the fancy new vehicle. And with an Audi like that as the centerpiece of their project, there’s no doubt that they cinched first place. 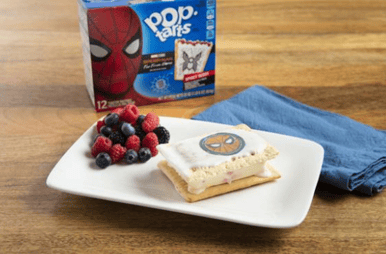 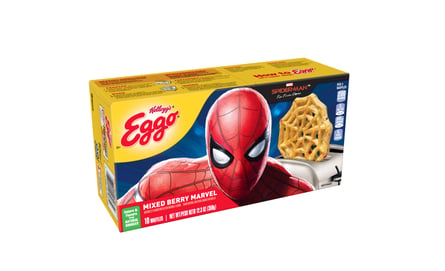 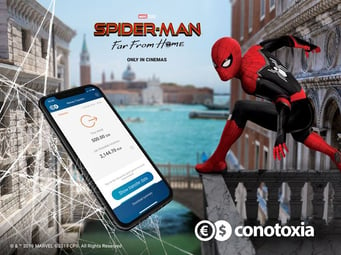 Liftoff! The United States floats away in the background as we finally make our way to Europe. Poland pulls into view as we touch down onto international territory.

Step down off of the runway and catch a ride- it’s time for a field trip. And once you reach the Conotoxia headquarters don’t forget to tip your drivers’ with some cash! Don’t have any Polish Zloty just yet? No worries! Conotoxia is right in front of you and ready to help out. 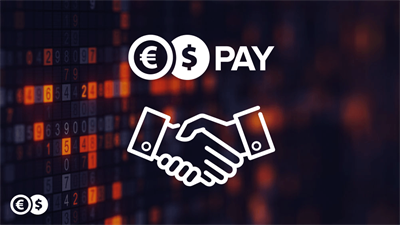 This company specializes in money transfer, currency exchange, and payments, and is always ready to lend a handing hand, especially when it comes to Spiderman: Far From Home. In fact, in preparation for the European country filled film, Conotoxia created a video spot for cinemas, which featured fast money transfers in various countries. 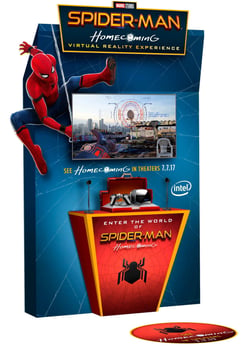 Grab your passport because we’re off once again! This time we’re going to España, as it sounds like Barcelona has a bit of bustle going on. And no, it’s not an elemental trying to take over the world! Luckily this bustle’s a little more fun.

This round of excitement is due to a great addition to Spiderman’s promotional campaign in the form of a Far From Home Virtual Reality Experience. The VR promotion debuted at the Mobile World Congress in Barcelona, and allowed attendees the chance to embody Spiderman and traverse Europe via their very own spider webs. Spiderman, 5G, and Edge Cloud technology were brought together, allowing fans to don Spiderman suits and race against each other through the cityscapes of Europe.

Can you guess our final destination? For one thing, it hits close to home. Maybe not for all of us, but definitely for the Spiderman that we all know and love.

And while we’ll be spending most of our time at their headquarters, Peter’s hometown of Brooklyn isn’t too far away-so maybe a field trip is in order!

But Brooklyn’s a bit more than a hop, skip, and a jump away. It’s more like a cab ride away. No worries! You won’t miss out on any Spidey action on your ride to his hometown. Instead, take one of NYC and Company’s featured cab rides, where you can watch Spiderman themed videos, and glance at a list of spidey approved, family-friendly activities in NYC.

Families were given the chance to check out “Spidey-Eye Views of NYC” as well as the promotion called “Swing by Spiderman’s home borough”, in which fans could learn more about Brooklyn.

Taking Over The World (In a Good Way!)

And this is where our journey concludes! In the hometown of the one and only Peter Parker.

Thanks for taking the time to virtually explore the world with us! And if you’re itching for a round two of technological travelling, check out Spiderman: Far From Home, now in theaters worldwide.

And while you’re busy traveling the Internet’s wide web, check out some of Hollywood Branded’s other blogs! Popular blockbusters love Brand Partnerships, so I’m sure something on this list will “stick” out to you.