It's Good To Be Bad... Or At Least Morally Ambiguous

With the age of the anti-hero slowly making a rise, an ambitious journalist, a symbiote, and adventurous brands heed the call to bring some of the best partnerships the super world has ever seen. After tremendous success with previous films such as Suicide Squad, Deadpool, and more recently Deadpool 2 which grossed $734,239,628 at the worldwide box-office, there is a definite market for these less morally righteous characters, and thus, a marketing opportunity that promises creativity and out of the box thinking.

With box office action films always a brand integration favorite, it's not always just about what is in the film - but how brands leverage it in their advertising.  In this blog, Hollywood Branded brings you the top brand partnerships with Sony’s Venom and Venom: Let There Be Carnage, and take a closer look at the strategies and how brilliant campaigns from two unlikely sources, much like Eddie Brock and a symbiote, can make all the difference… 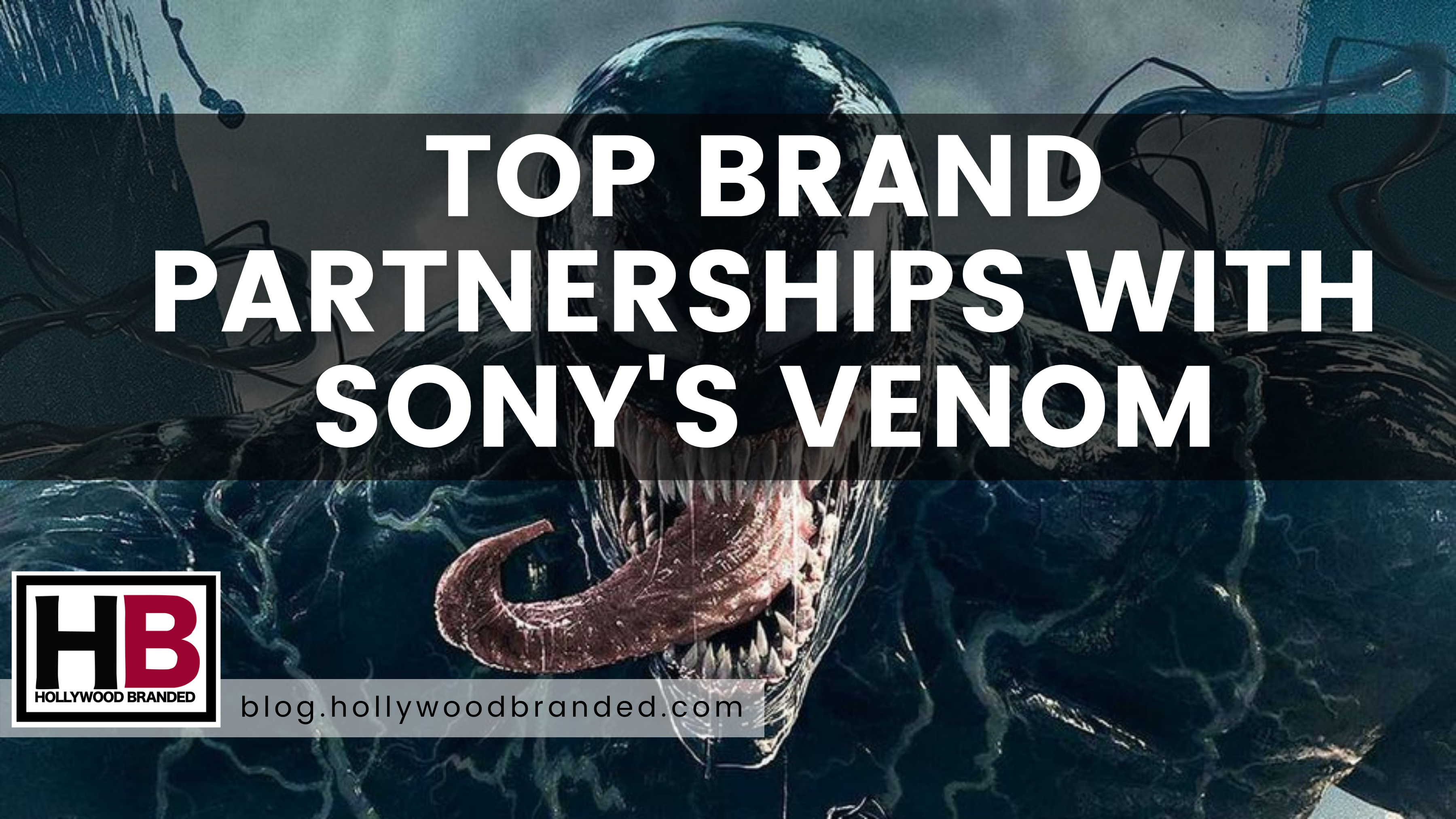 When J. Jonah Jameson first deemed Spider-Man the ‘Menace of Manhattan’ he sure had another thing coming when this symbiote hit the scene. Originating from the Marvel comic books under the same name, Venom, portrayed as both a heroic and villainous character in the franchise, has drawn in a large audience who are mesmerized by the dark, morbidly-humorous monster-like being. Venom is neither human nor alien in the classical sense, but rather, a symbiote, and after taking over host body in the form of Eddie Brock, an investigative reporter, Brock finds great superhuman like powers in his alter-ego and uses said power for good… or at least, he tries. Often pitted against Spider-Man as the darker parallel to everyone’s favorite web-slinger, Venom’s popularity quickly grew within the comic book franchise, cementing his place as one of the most recognizable characters in Marvel history.

The feature film adaptation is not the first time Venom has flexed his muscles on the big screen. In the previous Spider-Man trilogy by Sam Raimi in the early 2000’s, the Venom symbiote originally infected Peter Parker’s suit and thus altered the personality of Peter Parker (played by Tobey Maguire) whenever he donned the disguise. Eventually, Venom found a new host in the form of Eddie Brock, and the rest was history.

Following the premise of the source material, the 2018 adaptation proves to navigate a similar premise, however is not about our classic hero, Peter Parker (though we have a hunch disappearing into dust may have something to do with this.) Reportedly, Venom will take place in his own separate universe from Spider-Man, however fans eagerly anticipate a tie-in with Tom Holland’s Spider-Man.

This time around when Journalist, Eddie Brock (Tom Hardy) tries to take down Carlton Drake, (Star Wars alum, Riz Ahmed), Eddie's body merges with the alien Venom, leaving him with superhuman strength and power. Twisted, dark and fueled by rage, Venom tries to control the new and dangerous abilities that Eddie finds so intoxicating.

In a recent report by Deadline, Sony’s Venom was reported to make an estimated $60M-$70M during its opening weekend, tracking strong with male’s young and old, with a strong presence in the female demo as well. Competing with Bradley Cooper and Lady Gaga’s romantic drama A Star Is Born, Venom actually opened with $80 million where the former only made $66 million!

As we’ve seen with previous anti-hero team-up’s, most recently in our blog Top Brand Partnerships With Deadpool 2, who are some brands that have teamed-up with Venom for some awesome partnerships? Well, you’ve come to the right place…

First up, we have Brisk who partnered with Venom to bring us an exclusive flavor tie-in with the upcoming feature film’s release. The Symbiotic Dark Cherry Limeade comes with co-branded Venom packaging, and kicked off a collaborated social campaign, including the below:

The limited-edition flavor and collectible packaging will be available at select retailers following the film’s release. In addition, Brisk offered fans a Venom Sweepstakes through local radio stations, wherein twenty on-air winner would be awarded passes to an exclusive screening of Venom and a $25 Fandango gift card. 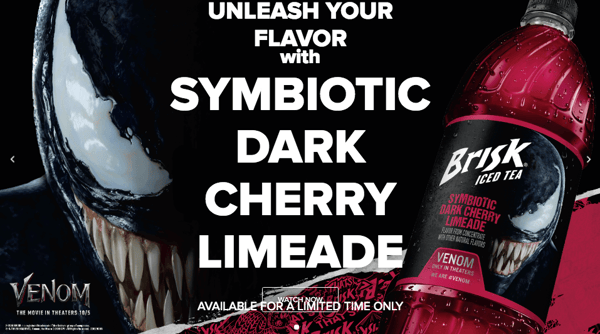 Next, we have an unusual team-up, but one that proves creativity is king when it comes to the power of marketing. Sony Pictures partnered with Bremont to promote the theatrical release of Venom with the release of their Bremont U-2/51-JET watch. 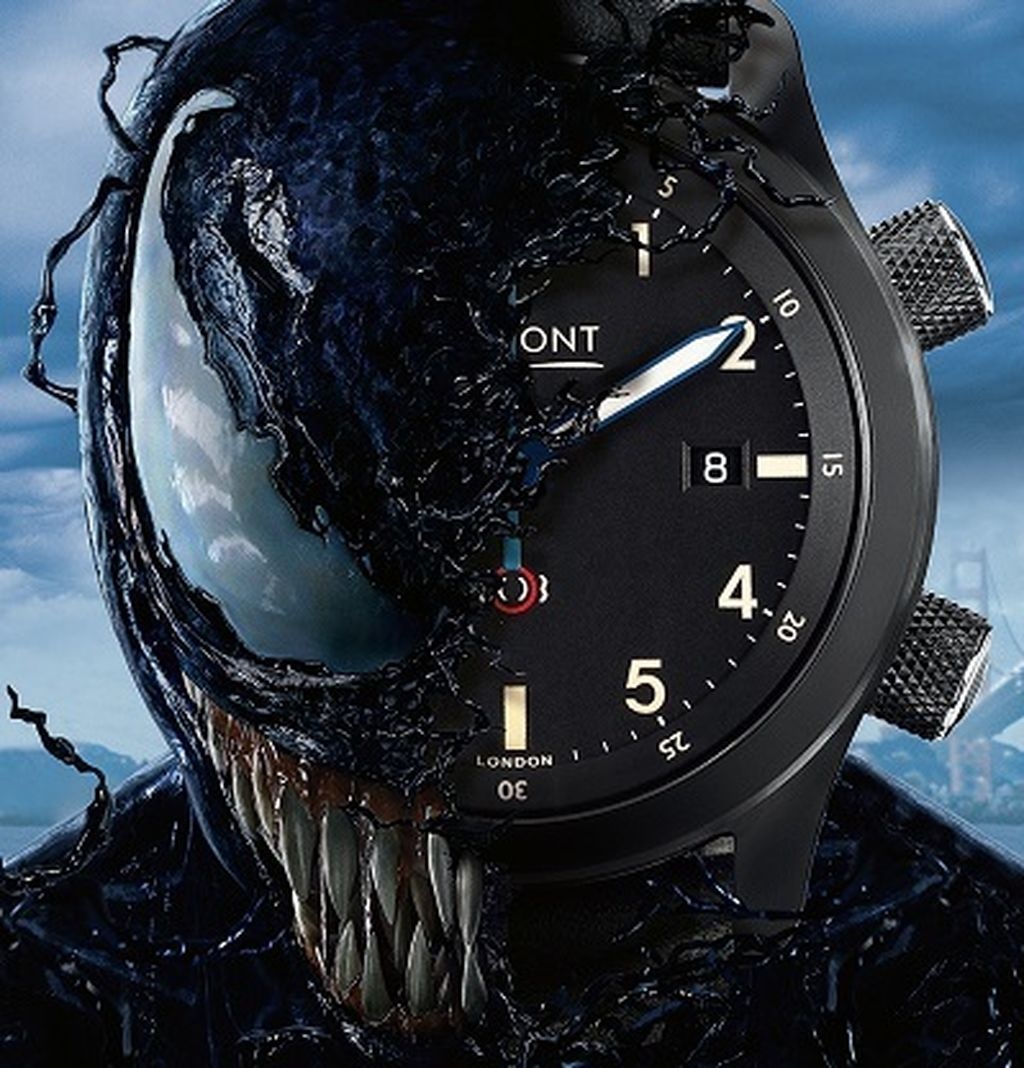 Throughout the film Eddie Brock (Tom Hardy) is depicted wearing an impressive timepiece, which has a heavy military influence and has been touted to be Bremont's stealthiest watch to date -- perfect for for the darker side of the film. We spotted the watch in the official trailer, and if the placement is anything to go by, Bremont is set to have awesome exposure in the film.

To take this partnership to new heights Marvel Artist and aircraft enthusiast, Adi Granov, redesigned one of Bremont's military Broussard aircrafts, with an incredible Venom mouth bearing the infamous fangs and lizard-like tongue on the nose of the aircraft. 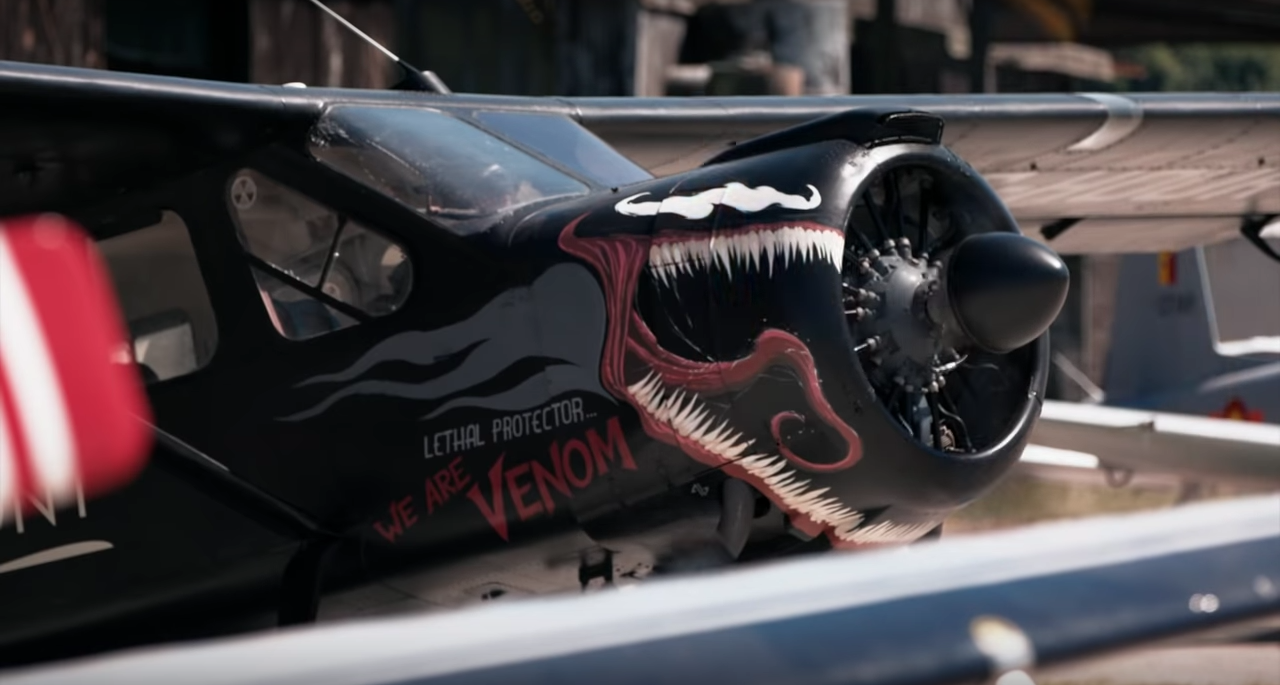 In the promotional video released by Bremont, Co-Founder Nick English explains the partnership, and the idea of taking a piece of history and recreating it to fit a theatrical, enigmatic fictional character.

Bremont also offered an exclusive opportunity of their own with a contest to win a flight for two in the Bremont Bus with Co-Founder Nick English, along with two tickets to a London screening of Venom. For all our Venom and flight fans, you can enter the contest by visiting their official page at www.bremont.com/venom.

Speaking of out of the box thinking... In an effort to increase sales and promotion in Italy, Warner Bothers partnered with Italian football team AS Roma, in hopes to leverage the club’s eccentric tone on the social-sphere, with help of its plethora of football superstars. In a partnership to help promote Sony Pictures movies in the Italian market, Warner Brothers had a hand with the first activation, rolling out to promote Venom with this video (which is also in Italian only):

Even symbiotes need fried chicken! KFC Korea has teamed up with Venom: Let There Be Carnage for a co-promotional partnership, in which Venom and Carnage stared each other down - with the newest KFC combo platter between them. On top of the TV ad spot, which was amplified across social media, the promotion included free movie tickets to fans who completed challenges posed by KFC.

This partnership not only gave Korean fans an opportunity to see Venom: Let There Be Carnage in theaters for free, but it also allowed for KFC to employ some scarcity marketing with an exclusive combo meal, available for a limited time only. Partnering with blockbuster films like this one in limited edition marketing tactics is a surefire way for your brand to make headlines, while seamlessly testing out a new product, with very little risk! 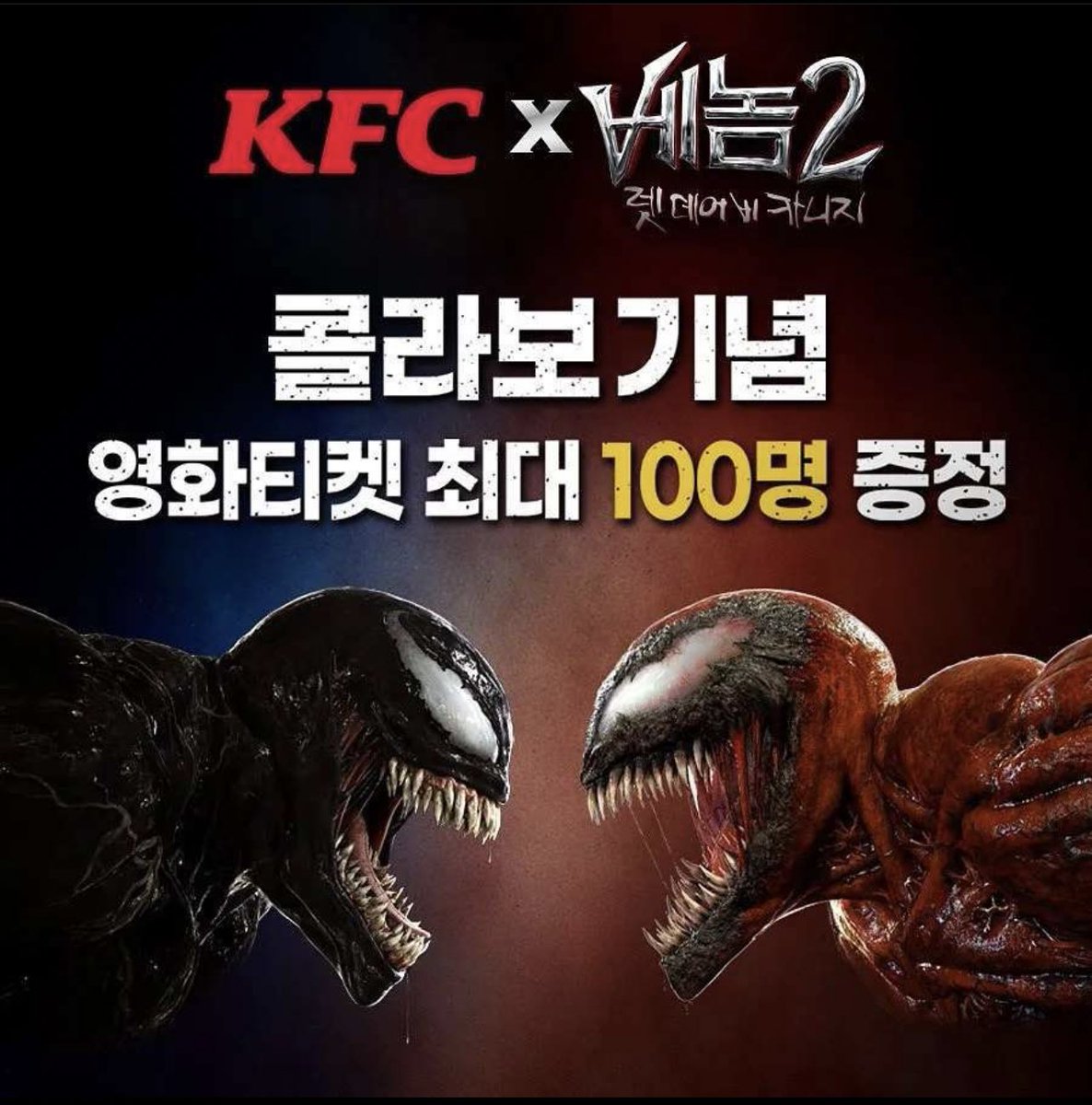 In the company's first partnership with a feature film, battle royale game Free Fire is partnering with Venom: Let There Be Carnage. The event launched shortly before the movie's premiere and featured elements of the main characters in characters inspired by Eddie, Venom, and Carnage. Players were able to purchase exclusive in-game collectables, costume bundles, and accessories based on the film. The partnership is a hole in one for both the film and the video game, as both pieces thrive on chaos and madness! Garena's CEO explained that Venom specializes in "creating chaos and eliminating enemies to survive – and is part of our commitment to offering memorable experiences for our global community." 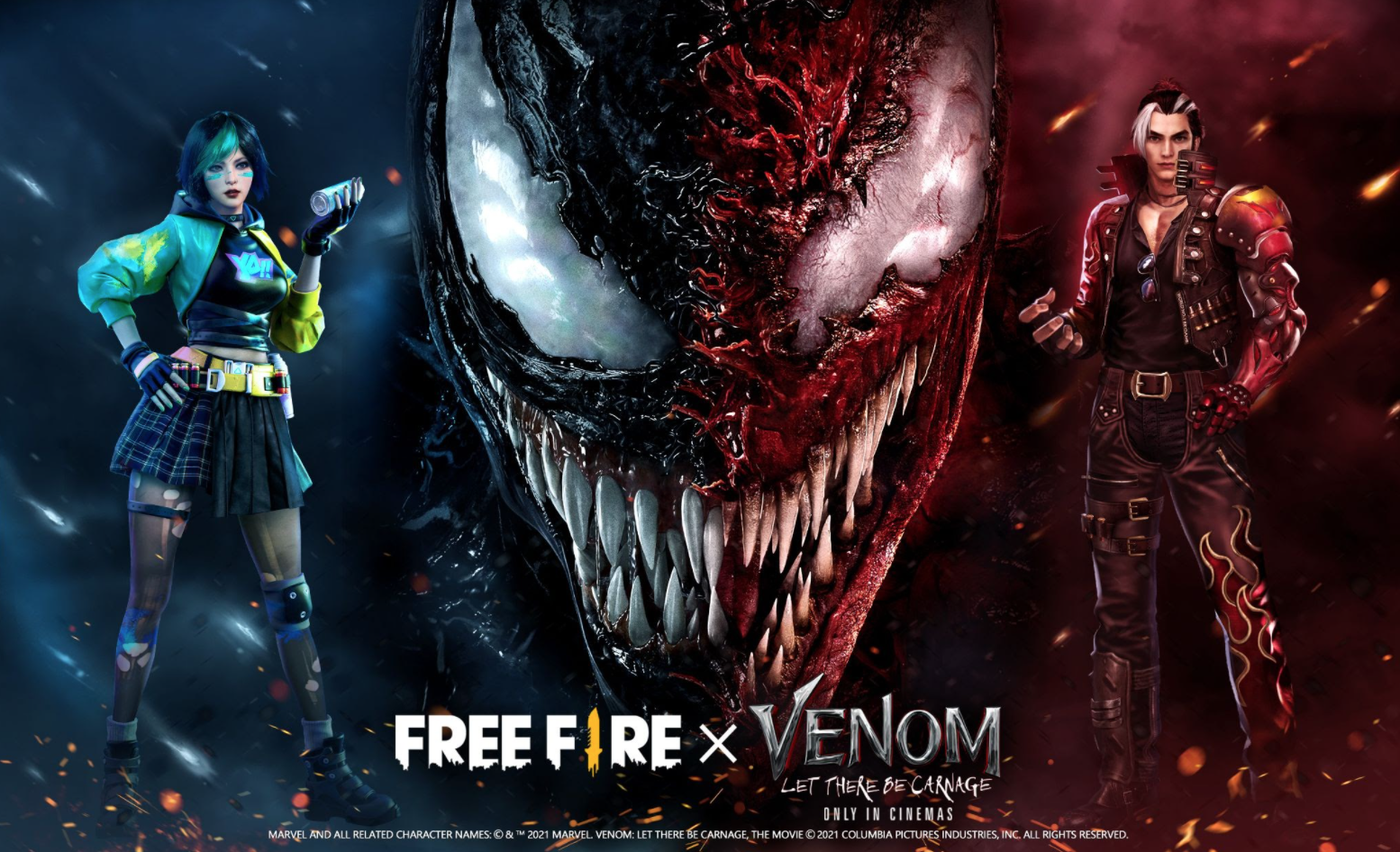 Which is why here at Hollywood Branded, we treat every brand like a superhero. Blockbuster films offer brands tremendous partnership options for both in-movie partnership product placement, as well as strategically aligned promotional partnerships leveraged by the brand's advertising and marketing initiatives.

Check out 4 Common Myths About Product Placement Debunked and to read more about how other brands have leveraged the power of the movies, check out some of our other blogs featuring blockbuster feature film partnerships with brands:

And be sure to watch our How To product placement video below to learn how we get your brand interwoven into content!