Celebrity partnerships with fashion brands are extremely common. Brands take into account celebrity's influencing power and reach when deciding who to partner with. Lesser known clothing brands will reach out to social influencers with thousands of followers to support their brand, but large brands have the revenue to work with more well known celebrities. Ever heard of Justin And Hailey Beiber? We thought so.

Calvin Klein has had their fair share of A-list celebrity endorsements in the past - from Mark Wahlberg to Shawn Mendes, but their most successful marketing campaign is without question their latest featuring Justin Bieber, and now his wife Hailey Bieber. In this blog, Hollywood Branded examines the case study of the successful celebrity endorsement partnership of Justin and Hailey Bieber with Calvin Klein.

As Long As You Love Me

If you take a look at the accounts on Instagram that have the highest number of followers, you will find a lot of attractive celebrities. Selena Gomez, Ariana Grande, and Dwayne Johnson are a few names that top that list, all of which have done plenty of modeling in the past. What does this mean? Sex sells and attracts attention, so the ads that employ such a tactic can be sure that people will find their ads much more memorable.

Justin Bieber has been an icon among teenagers (especially girls) ever since he was discovered in 2008 and even though he’s happily married now, legions of fans still swoon over him. He’s one of the most popular celebrities in our generation, so his endorsements go a long way.

Don’t Get Your Panties In A Twist

Calvin Klein has developed itself as a high end fashion house in the eyes of the public. Their luxury products are highly sought after and their popularity rivals the likes of Versace and Burberry. Their products aren’t limited to underwear, yet since Bieber signed on to his first CK ad in 2014, he’s been featured almost exclusively in undergarment ads.

Not long after the partnership was formed, CK released the results of their photo shoot campaign and the black and white images went viral. 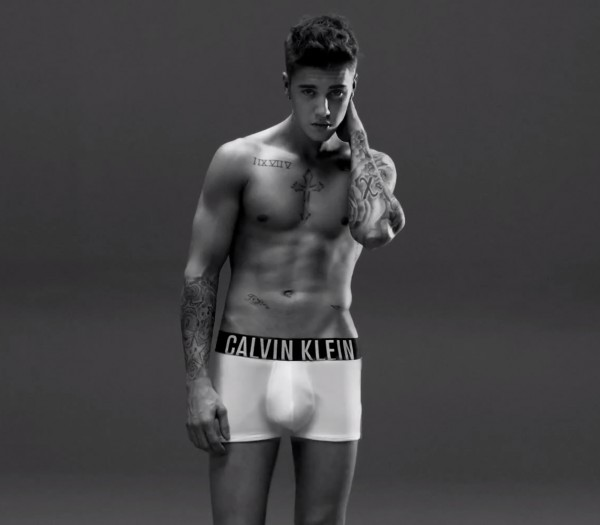 The images became so popular in the mainstream that shows such as Saturday Night Live! and Comedy Central Roast made parodies of the ads. CK might not have expected the images to be circulated as much as they did, but they probably aren’t losing sleep over all that brand exposure.

In establishing their partnership with Bieber, CK knew how much sex appeal the artist has so it’s not surprising to see them taking full advantage of that in the ad. The photos were designed so that the attention would be on Bieber alone and that anytime someone wants to take a look at Bieber’s lean physique, they also see the brand name ingrained in bold on the only piece of clothing that he’s wearing.

As a sex icon among the masses, Bieber is not afraid to show off his body and even in his concert tours he’s known to strip down to only his underwear. His concerts are always sold out and recorded by the audience for YouTube and social media with all eyes are on him...in his underwear...sponsored by Calvin Klein. Now that’s a lot of exposure.

Hailey Baldwin wasn’t just a random model before she was spotted with Justin Bieber. In fact, she was pretty successful in making a name for herself before all this. While Hailey’s relationship with Calvin Klein only began with the most recent ad campaign that was released, she came in with a massive splash alongside her newly wedded husband.

Calvin Klein’s 50th anniversary video campaign featured the Biebers stripping down to their underwear...while making out. 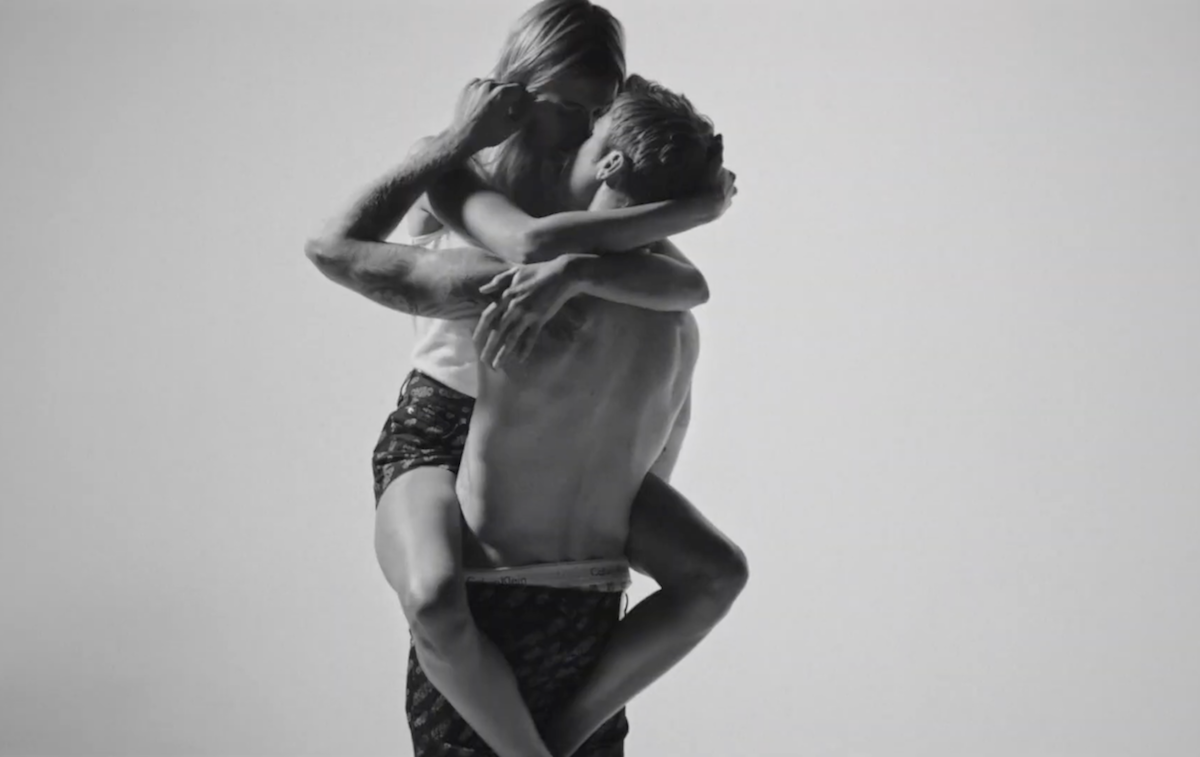 I’m sure I don’t need to tell you that this video broke the internet when it was released just days after their wedding. Moreover, practically every major (and minor!) pop culture news outlet wrote articles about the release, and with Justin and Hailey posting images of the shoot on their Instagram accounts, all eyes were on Calvin Klein.

Partnering with Justin Bieber was a move that the CK team probably aren’t regretting. He’s one of the most followed accounts on Instagram and anytime he decides to post a photo of him in his underwear (which is a lot!), those followers get to see the words ‘Calvin Klein’ too.

Their relationship has been long and successful and the pairing of the two have made them synonymous with one another in the public eye. Over time, Calvin Klein has become associated with the highly successful and popular sex icon drawing in more and more customers each day who want to follow in the foot steps of Biebs.

Finally, bringing Hailey Bieber into the world of CK garnered them a massive amount of exposure, with people not even remotely interested in the brand flocking to watch the video. Combine this with the absolutely insane amount of influence they have on social media (as of November 2019, Justin has 121 million followers on Instagram while Hailey has 23.5 million) and it’s pretty clear that Calvin Klein made the smart move with this partnership.

Interested in learning more about other influencers? Check out these other articles!