Ensure Success With Your Celebrity Endorsement

Creating and orchestrating a solid celebrity endorsement can be a difficult feat and includes a lot of research and strategizing. It's not just about identifying how high the reach is but also knowing to what degree your brand's audience aligns with the celebrity you want to approach. Once you've made it past the initial stage of solidifying the partnership, you're still not out of the woods in executing an effective campaign.

As Reebok learned recently, a deal can fall through at any time and if it does it can be a PR nightmare for your brand. In this blog post, Hollywood Branded examines the recent deal with Beyoncé and Adidas, and how to ensure success with your celebrity endorsement. 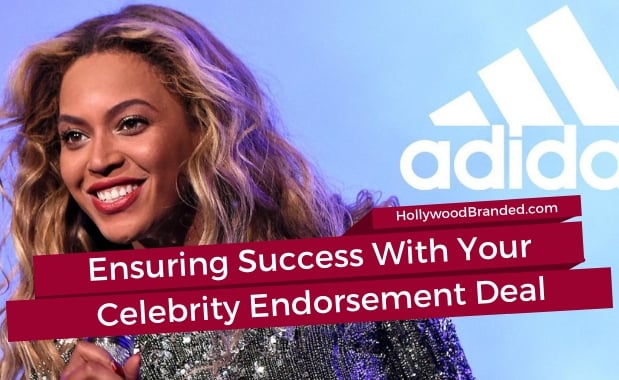 Recently it was announced that Beyoncé has a new partnership deal with the brand Adidas. They beyhive swarms with anticipation of what this could mean, as the deal has not been fully divulged yet but it seems pretty clear there is a new shoe line some of us at Hollywood Branded will be pre-ordering in the near future.

Soon after the news dropped, a source shared some more information on the queen's recent business deals. We then learned that Beyoncé was originally set to do a partnership with Reebok and pulled out of the deal. It is reported that in a meeting with the presentation for her line, the singer asked "is this the team that would be working on my project?"

When it was confirmed that they were the team put in place for her, she stated, "Nobody in this room reflects my background, not my skin color, and where I'm from and what I want to do." She then took her business onto its parent company Adidas.

In an article by Teen Vogue, a representative of Reebok denied the story of her saying this in the meeting.

"The report that Beyoncé walked out of a meeting with Reebok due to lack of diversity is categorically false. Our discussions with Beyoncé and her team continued for several months after our initial meeting. We are disappointed that false information is being reported as fact."

Regardless of what may be the true cause of her partnership falling through with Reebok, it has been confirmed that the deal was in motion and did fall through.

There is a lot of skepticism of the impact of this deal. While many fans celebrate Beyoncé standing up for what she believes is right, others feel that since Reebok is a subsidiary of Adidas, this ultimately doesn't have an impact on the bottom line.

However, Reebok is still its own brand and there is a major loss for both their representation and reach. The singer's networth is a whopping $355 million and according to D’Marie Analytics, a post from the singer on Facebook and Instagram has the ad equivalent value of more than $1 million.

Brands have a history of seeing a significant benefit from working with or receiving a shout out from Beyoncé. After the she mentioned the restaurant chain Red Lobster in the lyrics of her latest single, "Formation," the brand saw a 33% increase in sales.

Sales for Warsan Shire’s 2011 book, Teaching My Mother How to Give Birth, which Beyoncé recited throughout her album Lemonade, also spiked thanks to the powerful dose of publicity. The week before Lemonade dropped, the book sold 78 copies. The week after: 764. (According to Nielsen, in the nine months pre-Lemonade, 3,400 books were scooped up, but since the release, 17,200 copies have been sold.)

Time and time again we have seen celebrity endorsements go south. Most notably the influencer Kendall Kardashian, can speak to this with her failed partnerships both with a tone deaf Pepsi ad that immediately caused backlash for her and the brand as well as perhaps the biggest marketing scam of all time - Fyre Fest.

Beyoncé also received criticism for her endorsement with Pepsi in 2012, when she received $50 million for an ad campaign. A Huffington Post article referred to the partnership as her deal with the devil, citing people of color to be notably at high risk for obesity and heart disease and suggesting her ad could only hinder the problem further. 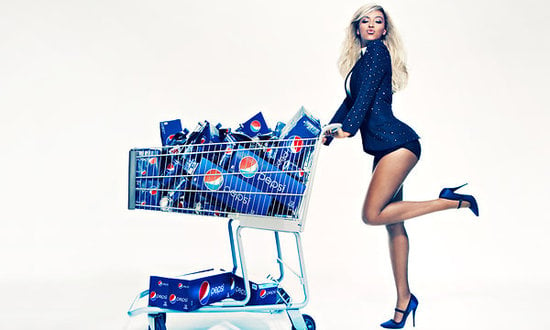 Though unlike the Kardashians, Beyoncé seems to have learned valuable lessons in her own branding over the years. As her career continues to flourish, we see a radical shift in the causes she chooses to align with her brand. No longer working with Pepsi, she has partnered more consistently with a vegan diet in the last five years. Recently urging her fans to join with the incentive of a prize winner receiving tickets to see her and Jay Z for free for the rest of their life, this was the third time she announced this endorsement deal. And as we saw on in recent documentary Homecoming, Bey truly was following the vegan lifestyle herself to get in shape for her iconic 2018 Coachella performance.

Walking out on her deal with Reebok is actually very consistent with the singer's recent branding choices, as her last album focused on issues specific to black culture and her Coachella performance was an homage to HBCU drum line shows. No longer doing press tours and increasingly using her platform to emphasize causes she is passionate about, Beyoncé's brand really doesn't see a negative repercussion in her ROI because she understands her core fan base and their values.

While Beyoncé has learned from her missteps, many celebrities and influencers are not as seasoned as herself, given that she's been working in this medium for over 20 years. It's important for brands and celebrities alike to consult with agencies that are experienced in negotiations to ensure that the partnership is successful both financially and in terms of brand imaging. This is particularly important as we are seeing increasing evidence that brands aligning with social causes resonates strongly both with millennials and generation Z.

While brands often try to work directly with celebrities, agencies will have more access to celebrities and influencers and also know exactly what the potential pitfalls of such partnerships can be and how to avoid them.

Want to learn more about celebrity partnerships and the benefits of working with an agency to secure one for your brand? Check out these other blog posts we've written!