Female WWE Stars Get Their Own Barbies In Mattel Strategic Partnership

How Mattel Created A Line Based On Female Wrestlers

Perhaps it was the success of GLOW on Netflix, or maybe it is simply the rise of female empowerment in our current culture, as reflected by ads like GE's Mille Dresselhaus masterpiece. But whatever it may be, the female superstars of WWE are now getting their own line of barbie dolls - and it's awesome.

In fact - it's an entirely new world for Barbie and changes the iconic image beloved by girls everyone to a very different type of athletic woman. In this blog, Hollywood Branded looks at the strategic partnership between the WWE and Mattel and how it led to a line of wrestler Barbies. 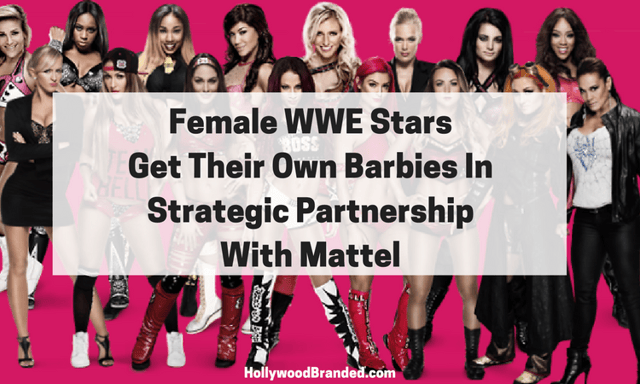 Did you know, fans of the WWE are comprised of 40% females? It may be hard to believe, but with WWE stars like Dwayne 'The Rock' Johnson and John Cena becoming mainstream celebrities, pro wrestling has a massive and loyal fan base that is only growing and becoming more mainstream.

Mattel, a company who makes physical products in a digital world, is trying to tap into that fan base with a strategic partnership with WWE. These fashion dolls will be mini duplicates of WWE super stars Nikki and Brie Bella, Sasha Banks, Natalya, Charlotte Flair, Becky Lynch, Alicia Fox and Eva Marie, complete with their full costumes. 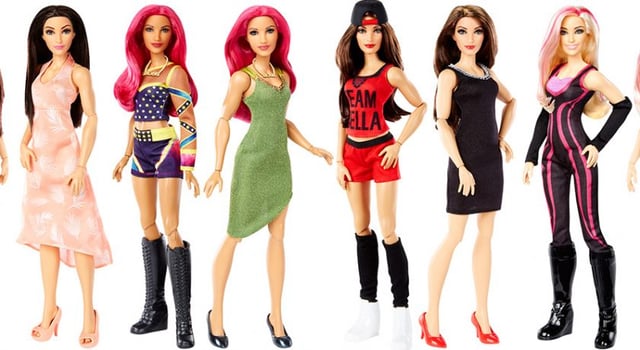 The release of these dolls is a big step for the WWE as well. While there are many figures on the market for the male super stars, this is the first big launch with regards to their female stars, boosting their marketing and merchandising for that area of their brand.

And potentially opening the door to female fans for the decades ahead.

How Mattel Is Working To Empower Women Through Their Brand Marketing

This step is a big move for the Mattel brand, who has come under fire in the past for their unrealistic beauty expectations for women, most notably in reference to their best-selling Barbie.

However, the toy company is fighting back. In recent years, they have gone through a rebranding to empower women, show more realistic body types, and represent women of all races and ethnicities. Recently, they worked with Beyonce's stylist to create a line of Barbies based on the pop icon, feminist and supporter of the Black Lives Matter movement.

This touching ad from 2015 shows girls doing their dream jobs, showing the world that Barbie and Mattel stand behind the stance of empowerment.

Want To Add Entertainment To Your Marketing Strategy?