From Hollywood To Hawaii: A Hot Spot For Filming

When we first hear Hawaii, our minds automatically take us to this tropical, resort-like destination with sunny weather year-round, warm ocean water, and delicious liberations. And yes, all that is true. But, in the eyes of Hollywood — executives, producers, directors, location managers — Hawaii is a place where scripts can come to life in a place that feels most authentic and accurate if the storyline calls for it.

Of course, the logistics of getting the cast, crew members, production equipment, and so much more to Hawaii may not be the easiest task as the islands are some of the most secluded in the world— a long, 5-hour plane ride over the Pacific Ocean from Los Angeles, but it is worth that trek. In this blog, Hollywood Branded discusses a hit production that was filmed in Maui and how it created a mutually beneficial partnership for Hawaii and the resort it was filmed at. 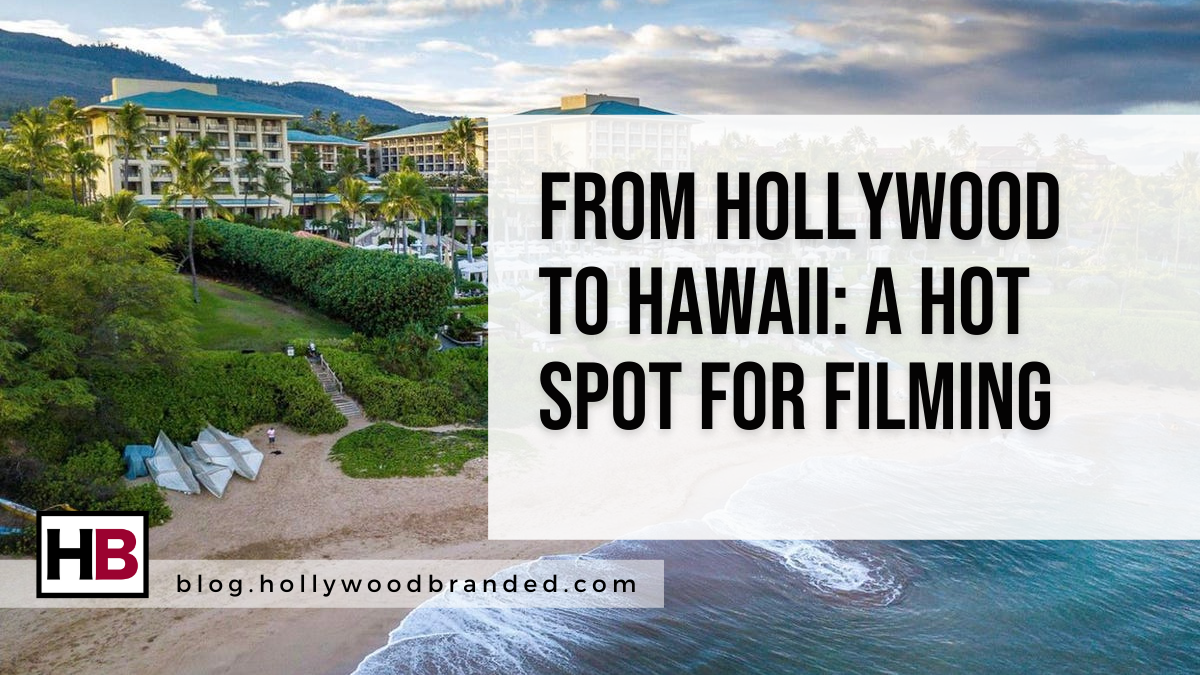 What Is A Mutually Beneficial Partnership?

This is key for all marketers and productions to understand when sourcing trade-out (or paid) locations for shooting, product placements, and brand integration. A mutually beneficial partnership is one that benefits both parties even if dollars are exchanged.

For example, a brand may provide product to a production in exchange for valuable exposure on-screen. This benefits the brand, but this exchange also offsets production costs. The production doesn’t have to go out and spend money in purchasing that specific product.

Hollywood Branded’s CEO, Stacy Jones, was interviewed by The New York Times on recent Peloton controversy in in HBOMax’s reboot of Sex And The City, titled And Just Like That…

Stacy said, “The production forgot that product placement is supposed to be mutually beneficial, and they did not put their thinking cap on about the damage that this would cause the brand.”

Now as for filming in Hawaii — say at a resort — the marketers in charge of these hotels often find these partnerships mutually beneficial as it brings valuable exposure (and extra dollars) to the resort. In the eyes of production, shooting at these Hawaii vacation destinations allows them to fully bring the storyline to life in an authentic setting. 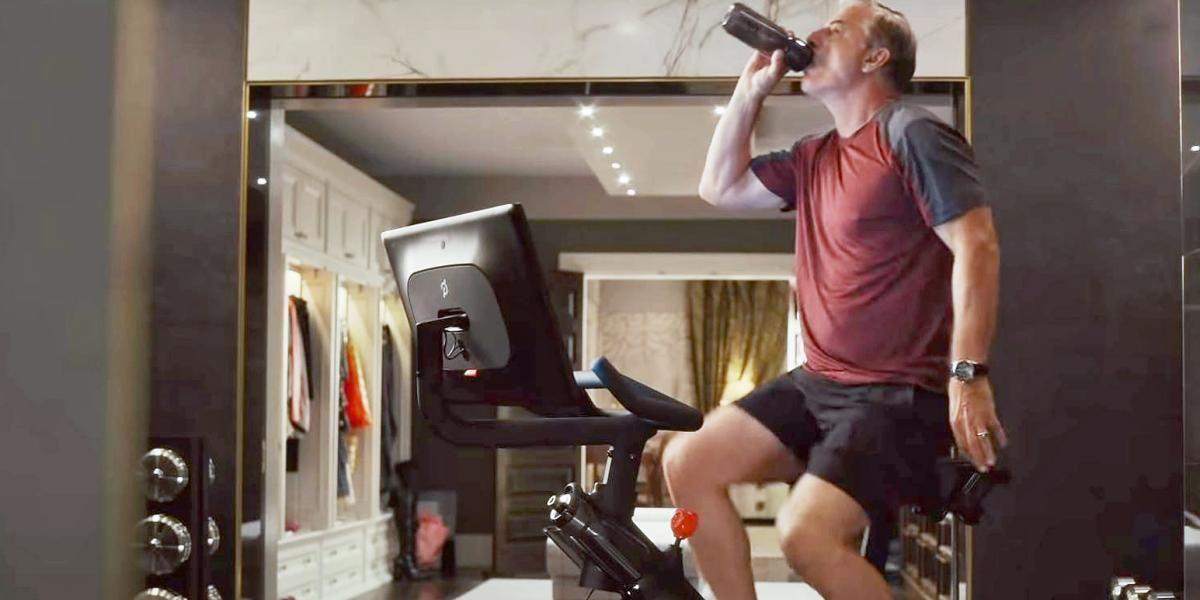 We all have heard of HBO’s hit summer show The White Lotus by now, right? If not, you NEED to watch this series. It is one of my favorites of 2021. The show is “set at a tropical resort, and follows the exploits of various guests and employees over the span of a week” (IMDb). It stars Jennifer Coolidge, Sydney Sweeny, Steve Zahn, Connie Britton, Alexandra Daddario, Fred Hechinger, Jake Lacy, Brittany O’Grady, Natasha Rothwell, Lukas Gage, and many other top stars.

But did you know that the “tropical resort” that the series takes place at is actually the Four Seasons Resort Maui? This 5-star hotel was transformed into The White Lotus during from October-December 2020, when the Four Seasons was shut down for COVID-19.

Production took over the hotel during this time – housed cast and crew, used ballrooms as production offices, and gave the hotel the opportunity to continue running (even at a smaller scale) during a time in which they would have had to have been closed with no activity taking place.

Now, in the show the Four Seasons does not get any branding or verbal mentions – which of course is not ideal, but the storyline wasn’t about the Four Seasons Hotel, it was about The White Lotus – thus, no Four Seasons branding. So how is that mutually beneficial?

Well for one, production most likely paid the Four Seasons to film at the resort since there was no trade-out of logos and verbal mentions promoting the Four Seasons. But this was a huge benefit to the hotel because even with the property being closed due to the pandemic, they were still able to bring in dollars and provide their workers with some compensation to keep the hotel running during filming.

Secondly, the Four Seasons Maui has been a filming location in other productions (such as Modern Family and Parenthood) and is recognized as one of the most pristine hotels in the Four Seasons catalog – so people know about it and are aware. So even with no Four Seasons branding in the show, if you are familiar with the resort, you know exactly the location. But, if you are not familiar, Four Seasons garnered A TON of press from the series further promoting the hotel.

For example, here is an article written for the Architectural Digest about how production “transformed the Four Seasons Maui into a Zany TV Show Set.”

The show also has brought attention to travel bloggers who – since the show premiered and lockdowns have been lifted – traveled to maui to “Check Into The Real-Life White Lotus.”

In addition to the two above, the Four Seasons Maui received press from Forbes, Travel + Leisure, Variety, Condé Nast Traveler, and many other publications.

There are a few ways that your hotel or resort to become part of a production storyline.

The first is a trade-out. This is where you provide your resort to production to film there with no dollars exchanged. This would include lodging, food, and all the necessary amenities that cast and crew would need during their time there. This form of an agreement should guarantee that the hotel or resort receives a minimum of clear and identifiable logo exposures, lower thirds, brand messaging, verbal mentions, and other potential deliverables. This is so key to ensure if you are doing a trade-out because you want to build this as a MUTUALLY BENEFICIAL PARTNERSHIP! If you provide your location for free (which is a benefit to the production), and receive no branding, that is not beneficial to you at all! If this is something you are interested in, contact us and we can help secure and negotiate the best mutually beneficial deal for you!

The second is through a paid integration. This is where the hotel brand is paying the production to film at their location to guarantee a certain number of deliverables. And it can be the other way around; production can pay the hotel to film there in exchange for no resort branding (like The White Lotus), but your brand gets recognition by outside publications and by being associated with a hit show, movie, and/or top celebrities.

Now I have to admit, this blog idea came to me because I am currently on vacation in Maui, sitting on a balcony, enjoying the view of the ocean, but what is also in my view? The Four Seasons Resort. It feels so right writing this. Check out my view below.

I hope you were able to learn about how the Four Seasons benefited from allowing The White Lotus to film there, and how your brand can as well.

If you are a hotel or resort brand marketer, reach out to us! Let’s chat about how we can bring Hollywood to your grounds and create a kick a** marketing campaign behind it.

Want to learn more about how location filming and celebrities can benefit hotels and resorts? Check out the other blogs written by our team:

Want to learn more about the power of product placement? Check out our e-book!