Product placement could be the next move for brands losing theater advertising. As social distancing orders continue across the world, many businesses and industries are having to pivot their strategies to avoid losing sales.

While some essential businesses are operating as normal, film production and distribution companies are getting creative with how to release their films without losing money. But how is this affecting theaters and the companies that rely on them for revenue? In this blog, Hollywood Branded looks at how streaming movies may impact cinema advertising, affect marketing dollars, and be the end for theaters. 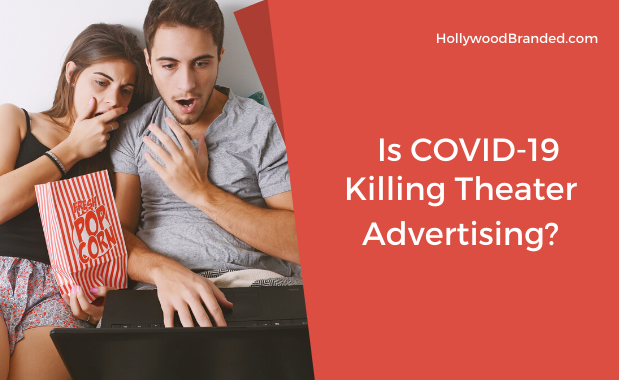 How Quarantine Has Changed The Film Industry So Far

COVID-19 and social distancing have changed life as we know it; small parties are a risk, live concerts are out, and we can’t even go to the grocery store without worrying about standing too close to each other. So, when this is all over, are we going to be able to enjoy movies the same way again? According to a Hollywood Reporter article, the film industry is facing a $5 billion-dollar loss with productions shutting down and theaters closing their doors. 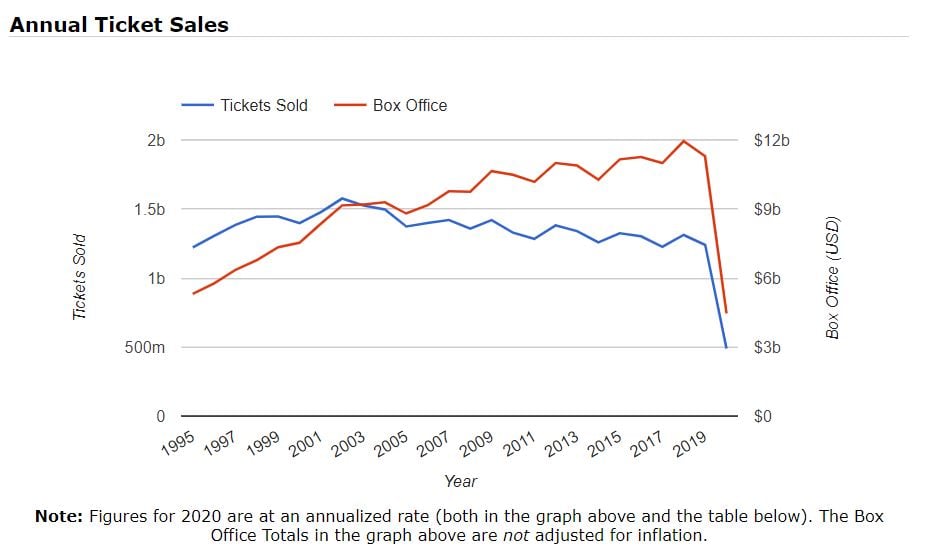 So how is the film industry adapting to combat these financial losses? One thing is for sure; production companies have already figured out a way to save themselves from financial burden, and it has worked well for them. Film studios have turned to streaming and have released their films on popular SVOD platforms (Streaming Video On Demand). According to The-numbers.com; the release of Onward on Disney+ was a huge financial success.

Many other films have also begun releasing on SVOD platforms, like Netflix and Hulu, and are expecting the same success. This has changed the way the film industry operates already. Distribution companies have rendered nearly useless when it comes to leasing out films to theaters, not to mention theater companies are deprived of business altogether. While this strategy is hurting business for theaters, it is a smart move for studios. Even if social distancing orders were lifted, ticket sales and attendance to theaters wouldn’t be what it used to be, and it was already dropping before the United States saw its first case of Corona Virus. While it may not be an ideal change, it was essential for the survival of production companies.

Movies Are Choosing To Release On Streaming Platforms

Quarantine caused many production companies with finished films to panic. They could decide to release their films on streaming platforms and risk unknown revenue changes, or to push back their release date and hope for quarantine to end soon. 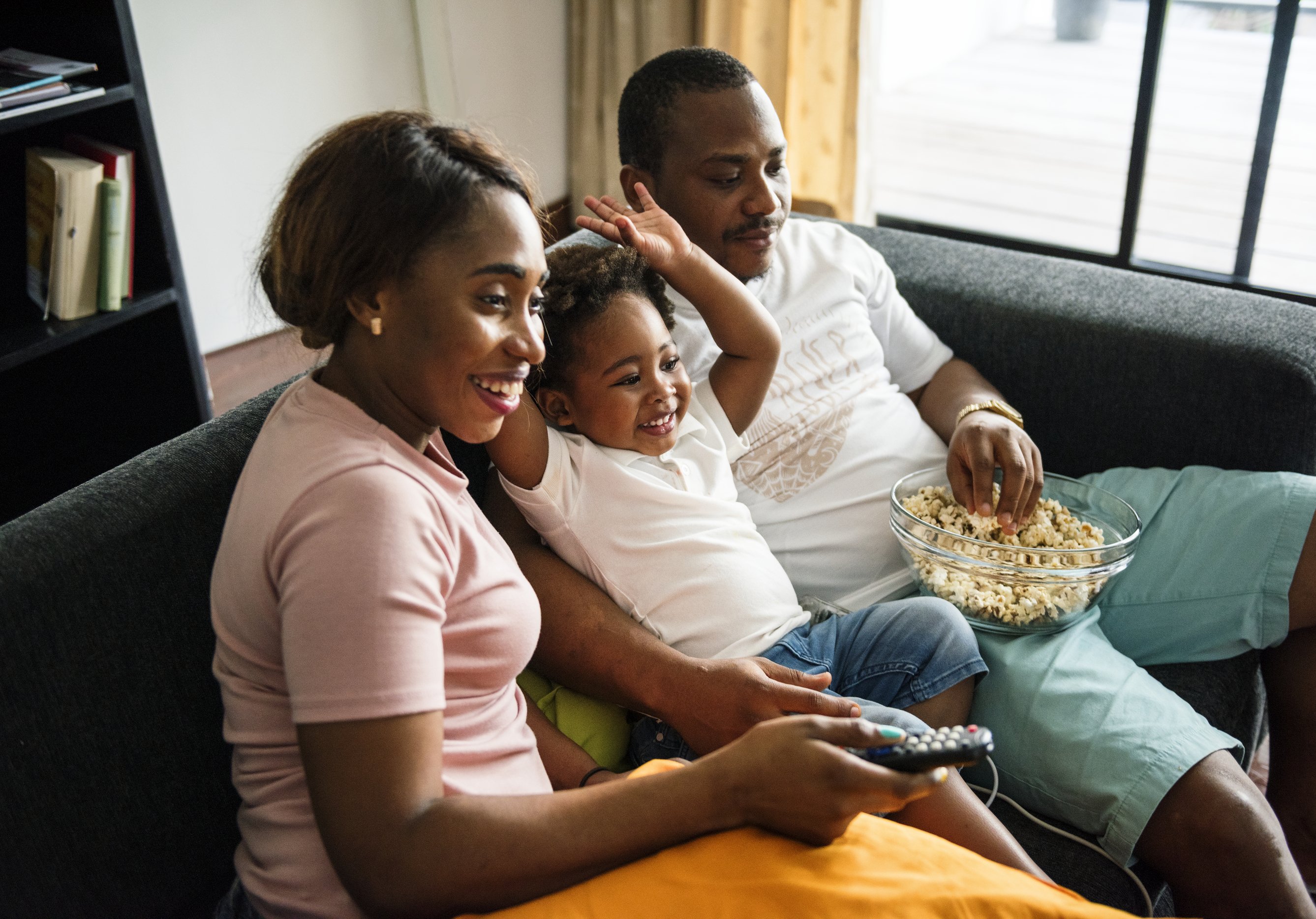 Many films decided to release on streaming platforms. Considering theater attendance could still be low after quarantine ends, and families are stuck at home getting tired of watching repeat TV episodes; many other studios may also decide to also release their films via SVOD platforms. Films like Scoob! and Capone have already been released early on streaming sites like Amazon and Apple TV, but according to an article in Entertainment Tonight, here is a list of films that are going to be released on SVOD platforms in the near future.

Here is a short list of 10 films that have reportedly postponed their release dates as a result of extended quarantine. For a full comprehensive list, check out this article on Vullture.

How COVID-19 Has Been Affecting Theaters

Theaters are a part of the exhibition side of the film industry. They don’t usually make much money on tickets, in fact; most of their profits come from concessions. They stay in business when customers come in and buy food, drinks, and game tokens for the claw game in the main lobby that no one ever seems to win. But with no foot traffic and no movies to show, theaters are losing profits quickly and so are the companies that advertise with them. According to an article in Variety from late March; theaters were only prepared to handle six to twelve weeks of closing down shop. They added if social distancing orders continued for months, theaters could be looking at the real possibility of closing down for good. 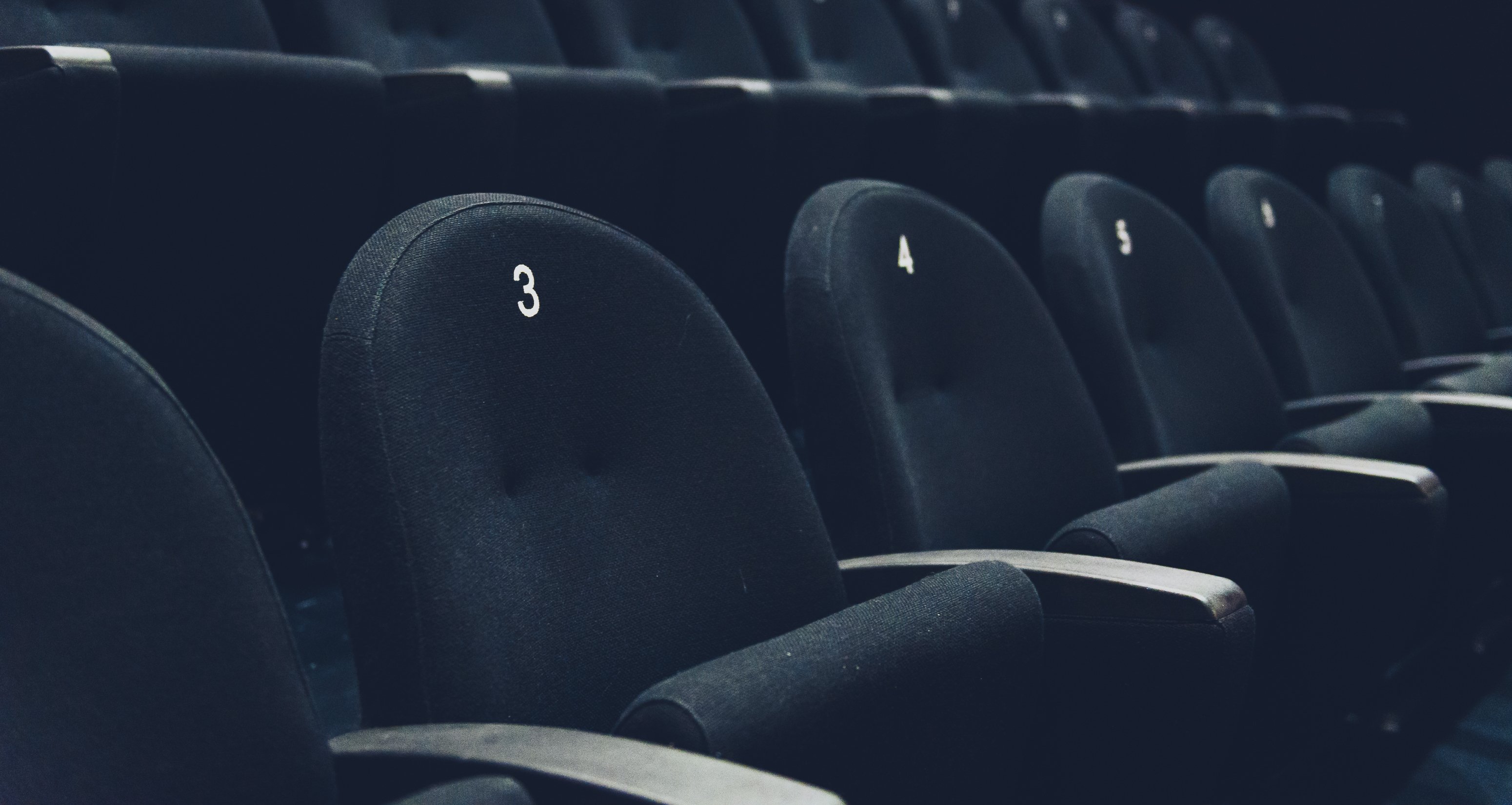 They also mention that with business slowing to a halt, it seems stocks are being sold faster than ever and theaters are being left with little to no funding. Since quarantine has continued, things indeed have gotten worse for theater companies like AMC who is close to declaring bankruptcy. So how will this affect businesses who rely on theaters for advertising? It’s looking like big, multi-billion-dollar companies like Amazon could be the saving grace. Amazon has been looking into acquiring AMC recently with mixed reviews. While this could be good for chain theaters, it could be bad for small independently owned theaters.

The Brutal Truth: Why Theaters Closing Could Be Good For Advertising Budgets

Considering the film industry is facing a $5 billion-dollar loss, there are some serious changes that need to be made in all parts of the film industry. Cinema advertising has been around since the 1950’s and has been generating good business exposure for companies big and small for decades. However, with the possibility of theaters closing, companies will have to get creative in finding new avenues to reach the avid movie goer.

There are a few reasons why advertising in theaters is effective and sought after.

Small local businesses and large international companies alike have an opportunity to advertise before screenings of movies, but it will be interesting to see if the expense is worth the return - and the costs to advertise in theaters is going to be deeply impacted by Covid-19, either driving prices to a higher cost per thousand (CPM) due to such limited audiences, or costs down due to brands resistance to any spend of advertising. 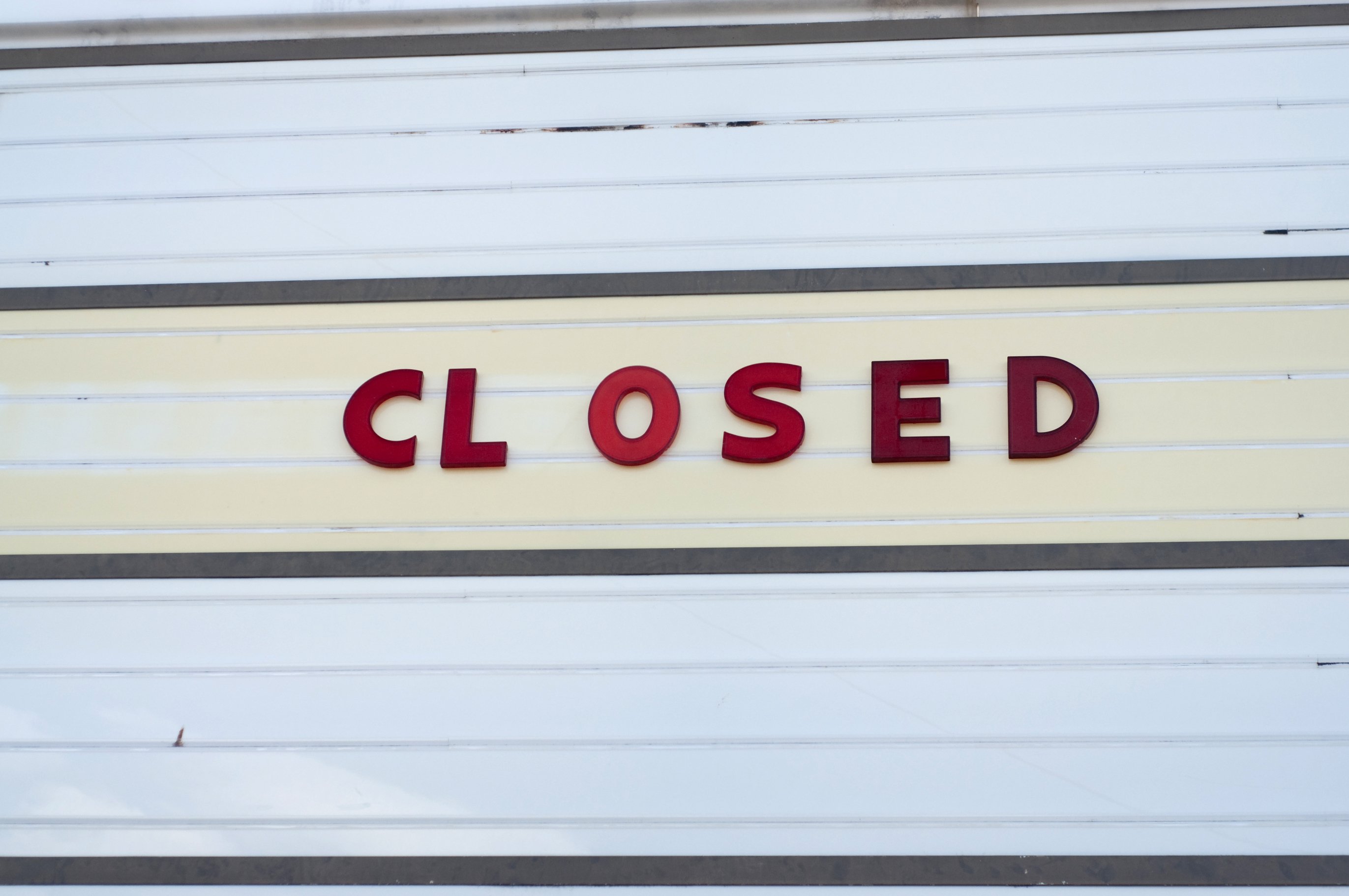 So is cinema advertising worth saving? The short answer is - maybe not; advertising in theaters is a huge expense that doesn’t show a big enough return since almost $200 million dollars is wasted per year. Companies that get exposure from cinema advertising could get just as much, if not more, from streaming platforms. From commercials to product placement, there are plenty of  opportunities to advertise on SVOD platforms. So, while closing theaters has its downsides, especially for movie fans, it is pushing companies into other smart forms of advertising.

So why is product placement one of the best way for brands to advertise right now? Since viewership is at an all-time high on streaming sites, it is the perfect time to be using product placement to increase brand sales.

Disney+, Hulu, Netflix and Amazon Prime all have shown an increase in viewership by over 50% as of March 2020 according to Statista.com. Many SVOD platforms have little to no commercials and often consumers pay to remove ads from their accounts completely. This means brands have to get smarter if they want to get their products on TV inside possible customer’s living rooms. 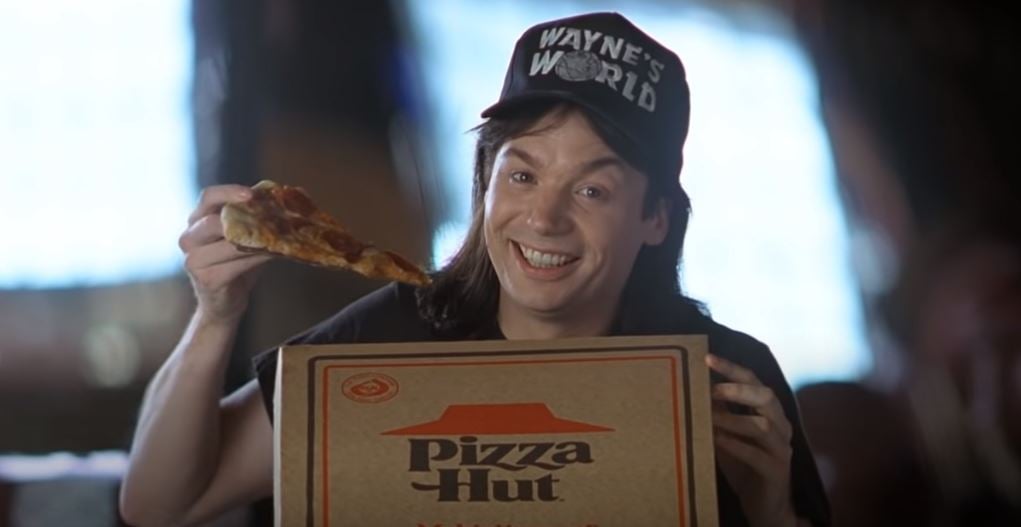 Product placement offers brands the opportunity to be a part of a film or TV show and advertise without interrupting viewers with commercials. An article in Agency850 said it best; “when a product is part of the program or film being viewed, it’s going to be seen every time. No one is going to fast-forward or mute a scene just because the actor is using a specific brand in it.”

According to a blog written by our very own Hollywood Branded founder, Stacy Jones, SVOD product placement only costs around $25k to $500k+ on SVOD platforms, and SVOD companies are eager to knock dollar signs off the cost of their production.

Brands should be taking note of this shift in advertising, from theaters to streamers, and should be taking advantage of the benefits. If there’s one thing brands can learn from COVID-19; it’s how to pivot their advertising strategies and use smarter methods like product placement to draw in more business.

Check out the below Forbes article where Stacy shares more insight on the landscape of product placement growth and COVID-19:

Learn To Use Product Placement To Benefit Your Brand

While you're at it, download our guide on all things product placement to learn more about how it could benefit your brand!