How One Brand Partnership Grew Into New Opportunities

As any creative agency will tell you, your best work always comes down to relationships. Brands hire us to utilize our relationships in Hollywood and the entertainment agency so they can leverage partnerships that will increase awareness and profits. In one of the more long standing partnerships we've built between between brands, we've helped the client find new ways to leverage more opportunities branched off the initial relationship.

We are proud to say that we built and maintained the relationship of our client, PassionRoses as the official rose of Miss America for the last ten years. In this blog post, Hollywood Branded examines how one brand partnership has grown into multiple new opportunities over time.

For the past ten years, our agency has fostered and secured a blooming relationship with our client PassionRoses and the Miss America competition. We are very proud that this past year marked the ten year anniversary of PassionRoses being the official rose of Miss America. It's been a pleasure to work with the competition of the years as it has evolved and reflected a more modern standard of celebrating the achievements of successful women.

Each of the unique crowning ceremony bouquets are made with PassionRoses, grown in the savannah of Bogotá, Colombia and hand-picked exclusively for Miss America. In addition to the rose bouquets that are presented to the winner and her court during the competition, PassionRoses is also featured prominently each year at events throughout the Miss America Competition week, including the official post-ceremony press conference, the Miss America Anniversary Celebration Breakfast, exclusive VIP parties, and judge’s hospitality and interview rooms.

While Miss America was traditionally held as a pageant, in the last several years, it has completely rebranded itself - removing the swimsuit component and shifting from being known as a pageant to a scholarship competition. This is important to note not just because it better aligns with a modern approach of evaluating the contestants to a more sophisticated standard, but also because the winners of Miss America have used their platform to achieve truly meaningful progress beyond being beautiful. 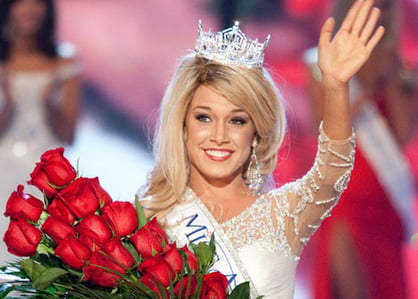 With a philanthropic heart, Scalan’s platform for the national pageant was “Eating Disorders: A Generation At Risk” with the goal of educating people of all ages to identify the signs and risks of eating disorders and how to get help for themselves or a loved one. After winning Miss America, Scanlan attended UC Berkeley School of Law and then joined the National Guard. Laura Kaeppeler has worked with numerous organizations that advocate for Children of Incarcerated Parents that include: The US Dream Academy, Project Avery, Operation Open Arms, The Seedling Foundation, Big Brothers Big Sisters and many more. 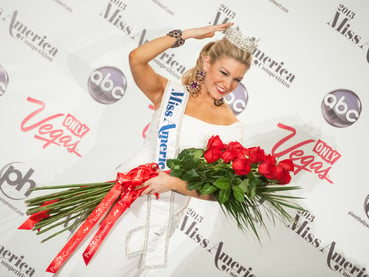 Mallory Hagan competed for Miss America on a platform of child sexual abuse awareness and prevention due to her own personal connection with the cause. 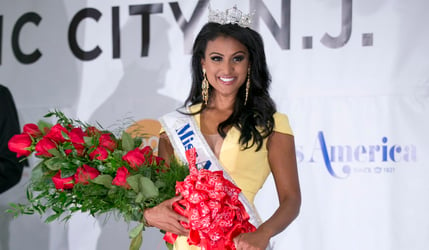 Nina Davuluri has worked as a public speaker and advocate for diversity, gender equality, and the promotion of STEM education. Davuluri is also an avid humanitarian, who ran a campaign in conjunction with PETA celebrating diversity to the adoption of mixed-breed dogs from animal shelters. 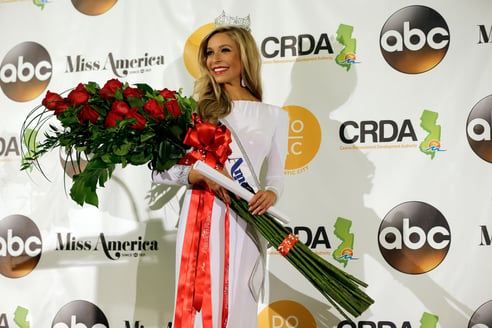 Kira Kasantsev launched a podcast called "What We Do," in which every week she talks with women about, "the tough issues, the challenges we’ve faced, the best moments, the funny moments and the not so great moments.” 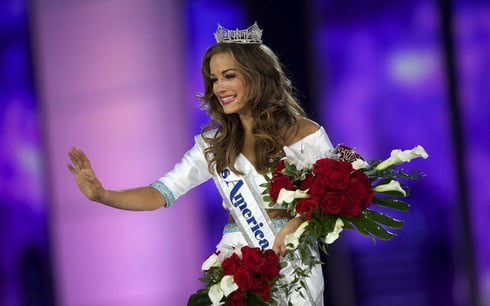 Savvy Shields also served as the National Goodwill Ambassador for Children’s Miracle Network Hospitals. Her platform while competing was “Eat Better, Live Better,” which aims to educate people on how the foods we eat make an impact on our lives as a whole. 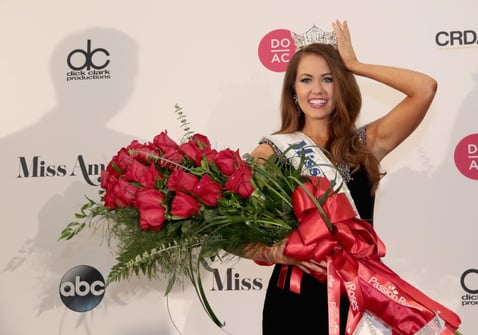 Over the past eleven years, Mund helped grant the wishes of 23 North Dakota Wish Kids, become a “Certified Wish Granter” and raised over $80,000 for the organization. In 2011, President Barack Obama recognized her charitable efforts as North Dakota’s Top Youth Volunteer. 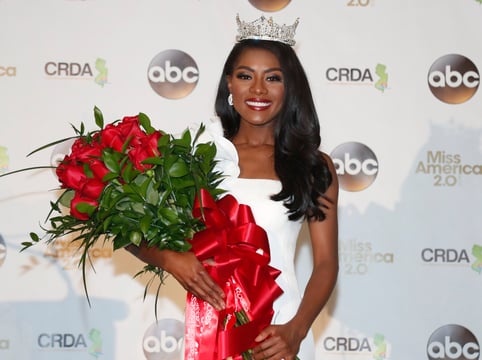 Nia Franklin was a member of ArtistCorps, an AmeriCorps program that invites well-known artists into public schools and community centers to work with students with limited access to arts programming. 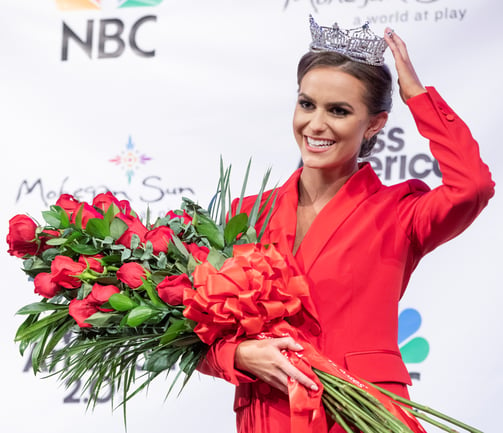 Camille Schrier will spend a year advocating for Mind Your Meds: Drug Safety and Abuse Prevention from Pediatrics to Geriatrics. We are very excited to see what amazing things she achieves in the new year as she dons the crown and helps continue to push the narrative of what it means to be a leader, an innovator and of course, the new Miss America.

As we've collaborated with PassionRoses to make this partnership with Miss America successful one, we always ash each other - how can we expand upon this partnership and what can we do to make it more fruitful?

As the years have passed, we've maintained contact the winners of Miss America and continued to work with the winners in every way possible. In fact, over the last few years PassionRoses has donated hundreds of stems of roses to several of the winners to use in their own weddings! 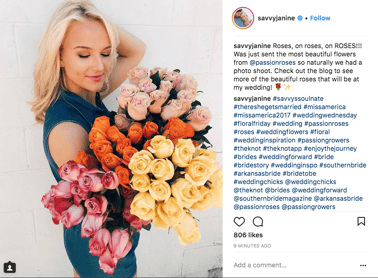 By donating roses to the winners of Miss America, not only has PassionRoses maintained their relationship with each one, they have also leveraged social content by being tagged in multiple posts by each woman, as they are now all influencers with a high following. Additionally, PassionRoses secured press from the largest wedding publication in the world, The Knot. Each winner was sure to give a shout out to the brand while interviewing about the process of their weddings and how they were able to achieve their own visions of a perfect wedding.

And once the relationship had truly been solidified, why stop there? PassionRoses has continued to collaborate with the winners of Miss America in other capacities. We've also managed to leverage their social presence by collaborating with gifted roses for Valentines Day and Mother's Day in exchange for some beautiful bouquets of 50 roses, the winners (among other influencers) posted social content promoting their love of PassionRoses. 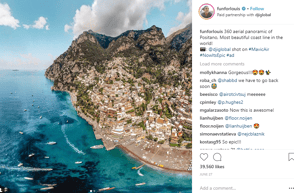 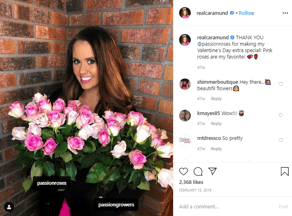 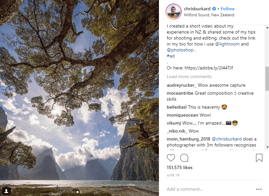 Partnering Beyond The Relationship

With every client opportunity, we always ask ourselves, "what can we do next?" What can be bigger and help one relationship branch off into new opportunities? At Hollywood Branded, we strive to find new ways to leverage each relationship and create new ones that can realize viral social content that can benefit all parties involved!

Want to learn more about other ways that we've managed to leverage celebrity and influencer content for your brand? Check out these other blog posts we've written!

Interested in working with influencers? Then we have the course for you!  Enroll in our Influencer Marketing School to learn how to best leverage influencers for your brand!