The Gray Man is said to have broken the new record for the most expensive Netflix film of all times. The Avengers directors Joe and Anthony Russo reportedly had a budget of more than $200 million to adapt Mark Greaney’s first novel of his best-selling series into a 2h 2m Action-thriller. And you can tell the available resources when watching the movie: A rapid change of scenery all around Europe and the crème de la crème of actors.

I mean, Ryan Gosling? Yes please! Chris Evans? Yes PLEASE! Ana de Armas? Sí, por favor! And as if that’s not enough, Bridgeton-star Regé-Jean Page is the cherry on top. In this blog, Hollywood Branded discusses different reviews of the new Netflix movie The Gray Man and presents its most distinct product placements. 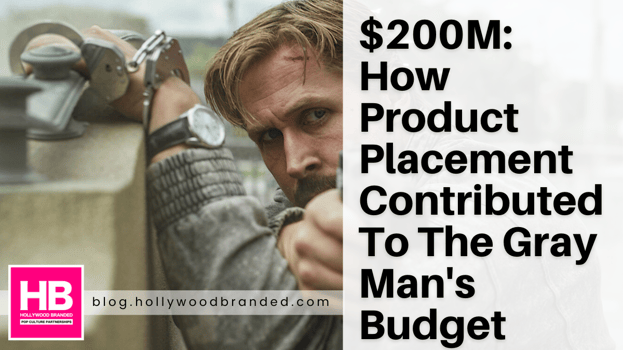 Action and Intrigues - The Plot

From painting house railings blue for the love of his life in The Notebook to being an ex-con recruited by the CIA, Ryan Gosling is now Court Gentry working for the secret intelligence agency as the contract killer Sierra Six. When CIA Operations Director Denny Carmichael (Regé-Jean Page) sends him to Thailand to fulfill a new assignment, Six is confronted with having to kill another Sierra hitman. Before he dies, his colleague gives Six a USB stick with not only reputation-ruining, but also incriminating material against his superior, which turns Six into the hunted one himself. The hotshot Carmichael sends the notorious sociopath Lloyd Hansen aka Chris Evans after him, who is known for doing the particularly dirty jobs as a freelancer who knows no rules, backed up by his like-minded private army.

And The Chase Begins

In the belief that he’s got the ultimate leverage in his hands, Hansen makes the huge mistake of kidnapping not only Six’s mentor Fitzroy (Billy Bob Thornton), but also his little niece Claire (Julia Butters). Little does he know that the cold-blooded killer has a special bond to the young girl. Aided by CIA agent Dani Miranda, played by Ana de Armas, who recognizes the wrong machinations of her boss, Six throws himself into the fray with a sociopathic contract-killer hot on his tail. Part of the chase: a rapid change of locations, in order to stage big action set pieces remind us of the best “James Bond” times—on the ground, in the air and even briefly under water. In total, production took the cast and crew to seven different countries around the world: France, the Czech Republic, Thailand, Croatia, Austria, Azerbaijan and the US.

The clear highlight: a massive shootout in downtown Prague, in which the Russos literally open all the guns and take no prisoners. "I've gotta say this too: it's hard to thank the pandemic for anything but we did shoot during the depths of the pandemic so Prague was definitely quieter than it normally is," Anthony explained in an interview with Screen Rant—after all, they had to shut down a heavily-trafficked major square for 10 days to get the film’s blockbuster action centre piece. So if you don’t get any other added value from the action thriller, you at least get a virtual tour through some of Europe’s hidden treasures—first and foremost: Vienna (Well…I am obligated to say that since it’s my hometown).

But since I don’t want to spoil too much, I’ll stop at this point and move on to the critiques.

“A $200 million old-school B-movie auctioneer of Netflix” —opinions differ around this loud and derivative spy thriller.

The main point of criticism is even passively addressed in the movie itself, when the main killer accused the shrewd passport forger Lazlo Sosa (Wagner Moura) of chattering too much. That’s exactly the point: too much unnecessary talking. This slows down “The Gray Man” over and over again - though the action thriller is otherwise told in quite a rush.

The Russos know how to deal with their show values and the possibilities of the budget. With all the splinters whirling through the air, you can literally feel the action and resources flying around the characters’ ears. Moments that are a touch too much (thinking of the ridiculous stunt jump of Gosling for example) are embraced in their absurdity, considering the cameraman Stephen F. Windon. Through his work on seven Fast & Furious movies, one cannot deny him his action experience, which makes it easier to forgive the rather weak special effects inserted.

Especially in the hand-to-hand combat of things, the directing duo only partially succeeds. Watching Ryan Goslings imposing figure with thick muscles and a scarred body in a duel? I can only speak for myself, but I can imagine worse. Movie critics conclude how, unfortunately, both him and Chris Evans were probably doubled a few times too often. Still, Mr. Gosling was not mocked as a “Ken Doll” without a reason… or was this maybe a reference to his upcoming Barbie role?

To put it in a nutshell: You don’t always know what’s supposed to be serious. 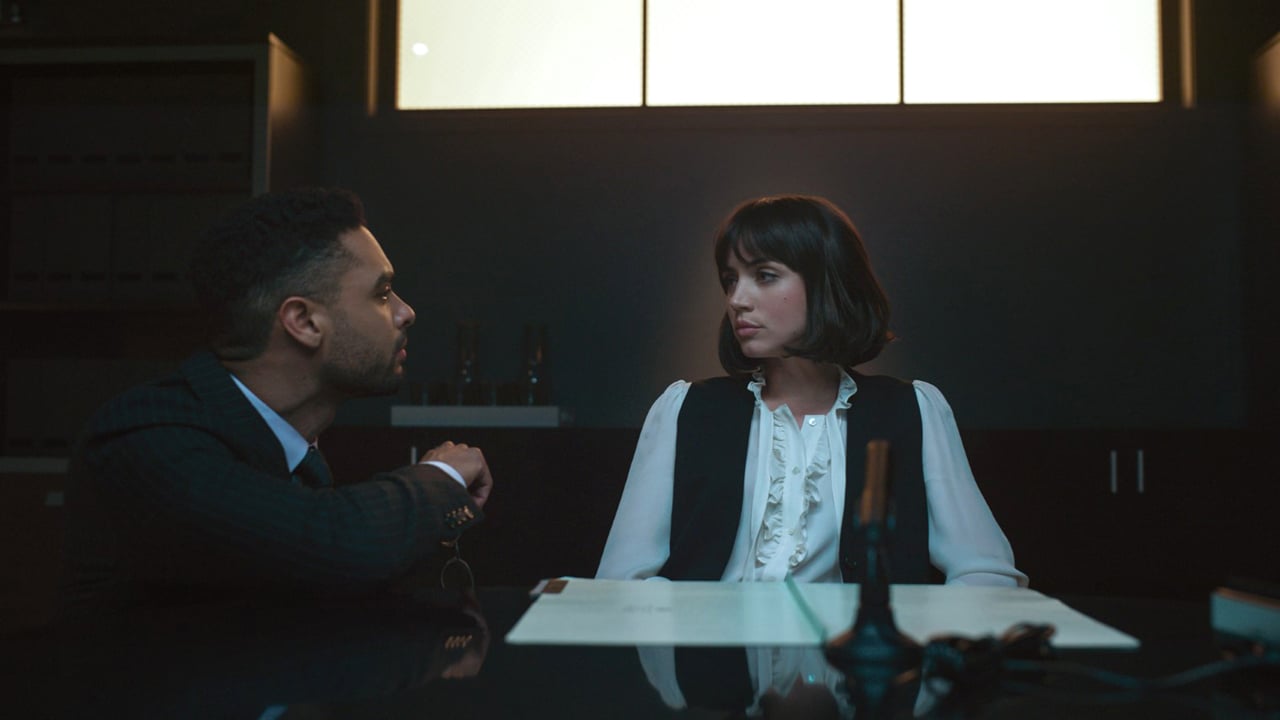 Of Course Not To Be Missed: Product Placement

As our action man James Bond aka Daniel Craig once said: product placements are “vital” in order to be able to guarantee the quality of major films. With this film and actor caliber, the offers must have skyrocketed. According to estimates, there are about 60 different brands featured which collectively received 50 minutes of screen time (yes, my dedication to product placement may be great, but I did not count that myself. You have Concave Brand Tracking to thank for that statistic).

What cannot miss in a production with badass savages and insidious intrigues: Alcohol and tobacco. The villain sipping on straight whiskey - a classic, right? In our case, an 18-year-old Glenlivet made it into the final cut, as well as the cigarette brand Lucky Strike, smoked by former CIA chief Margaret Cahill (well, they didn’t bring her any luck in the movie… spoiler alert?)

A rather underrated, but not to be overlooked category: electronics. ViewSonic monitors, Asus headsets and laptops or Dell close ups—they may not be noticed by everyone at first sight, but never underestimate the power of your subconsciousness remembering names and logos. LG, for example, counting to one of the most visible brands throughout the move, received a screen time of around 7 minutes, focusing especially on their monitors used in the CIA control room.

Moving on, for sure one of the most valuable (translation: the brand payed a ton of money) product placements: TAG Heuer’s Carrera watch worn throughout the film by main character Six. Some decent close ups and action set the watch perfectly in scene, and kinda convey an indestructible impression considering how much the character is being tossed around.

Another similarity to the Bond Chronicles: car branding. First and foremost, around five different Audi vehicles with almost 4 minutes of high quality screen exposure. Audi was highly invested in the film, cutting its own commercial for the movie, and even sponsoring its official premiere. This definitely counts to Audis’ all-time biggest placements! Skoda made it to the 3rd most visible brand with a screen exposure of 3.5 minutes and Mercedes-Benz got the 5th-most exposure with almost 2 minutes.

Product Placement - Not Only A Financial Asset

Coca-Cola, Pringles, Bubblelicious, Skittles… the list goes on and on. To end with my personal favourite definitely worth mentioning: the close up on the Instax Polaroid Camera. I’m a big advocate of capturing moments the way they are, raw and unfiltered, without having to look at a screen, that’s why this scene made me identify with Claire’s character a little more. Placements like these may not be particularly important for the plot, but they prove one of the main benefits of product placement—making the movie experience truthfully and relatable for the audience. Just imagine a movie scene shot in a supermarket with blank products only- no logos, no names- we wouldn’t have any relation to the environment.

Product placement makes the movie resemble our lives and therefore let us be part of it. 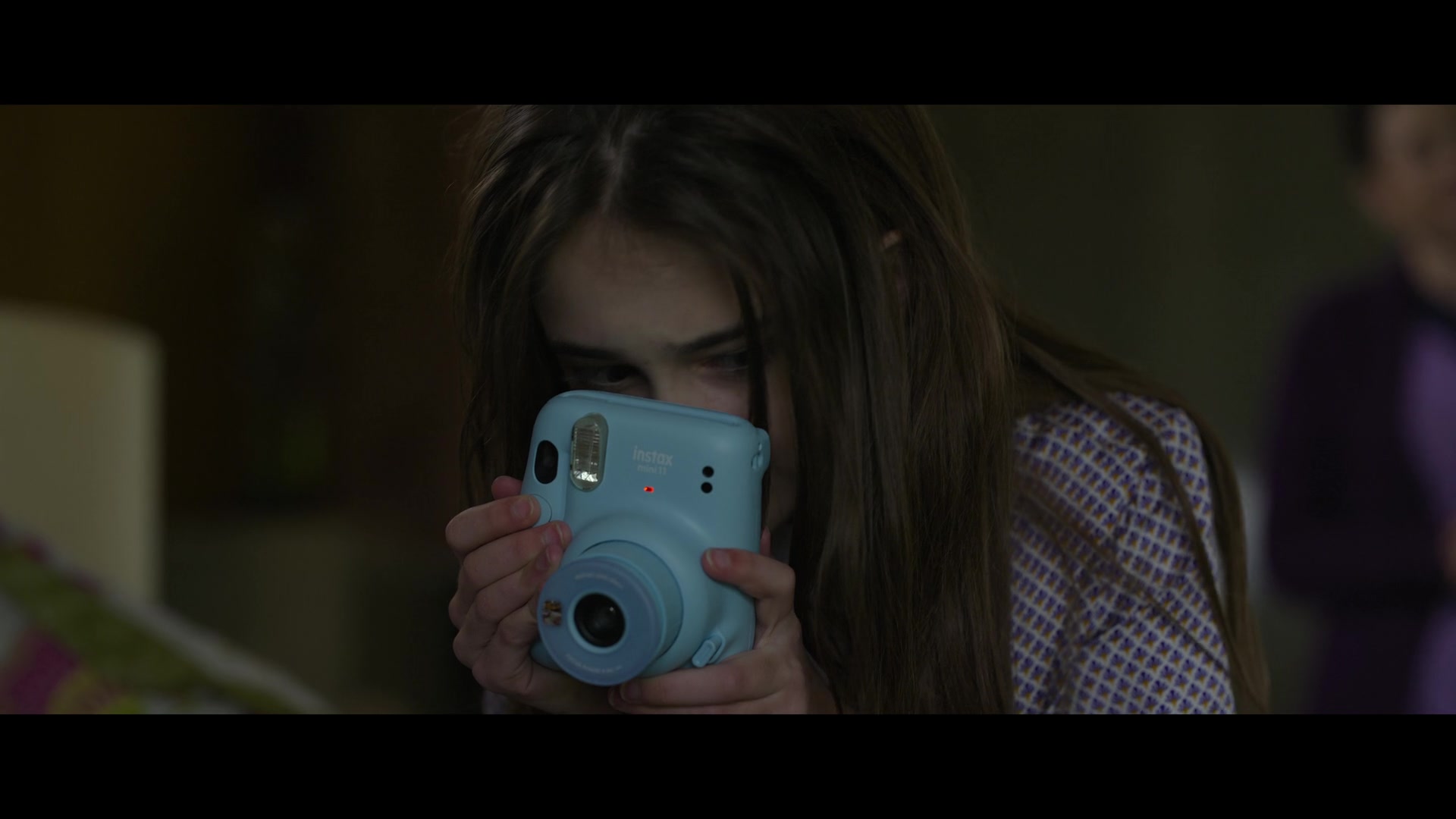