Create Buzz And Receive The Bucks

Kendall Jenner launched her tequila brand called 818 on May 17th in a very creative way. She drove through LA on a big green truck with the numbers "818" written on it, surprised visitors where the tequila was being sold, and made herself the talk of the town. Now that’s how you launch a product!

This marketing strategy had Kardashian written all over it! In this blog, Hollywood Branded shares how Kendall Jenner’s 818 Tequila launch was a marketing success. 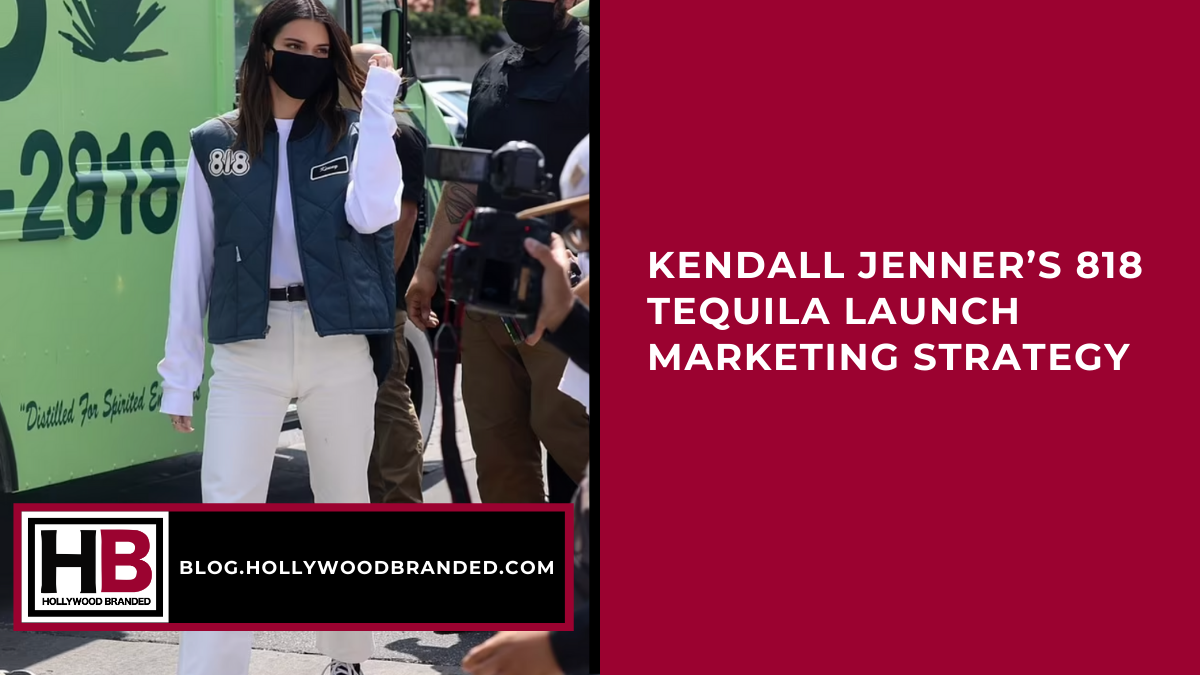 Cruisin’ Down The Street In Her Green Truck

For the California launch of Jenner’s tequila, she made sure to make herself present in the streets of LA. That is, of course, with a huge green and striking truck with a huge “818 Tequila” on it better known as “Kenny’s Tequila Delivery Service”. This resulted in the public recognizing the brand and getting excited when they would see it on the streets. Inside the truck there were 818 t-shirts and caps to give away to fans that would stumble upon it. Moreover, if you were lucky enough, you might have seen Kendall Jenner herself driving one of these trucks and giving away merchandise. She also visited the different stores where the tequila was being sold at. This was very strategic, as we could compare it to a media tour, but on wheels. Furthermore, this tour created a sense of closeness with her fans because they knew that she was out there and that in any moment they could have bumped into her. 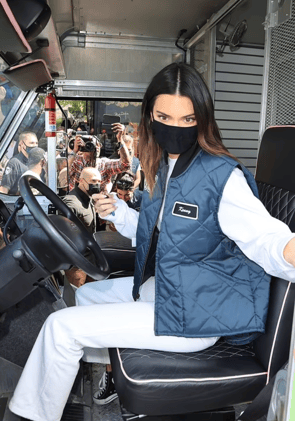 Getting The 818 Name Out There

But the truck wasn’t the only thing branded! Kendall wore a custom puffer vest with the 818 logo on it and a little patch that said “Kenny”. Her team was also wearing these vests. And to finish it off, the set up at the stores also displayed the big and bold 818 logo. Thus, this was a branding festival. They made this launch their own!

But her media tour on wheels wasn’t her only marketing strategy for the launch. She sent out gorgeous PR packages to huge celebrities like Amy Schumer, her sisters, the Kardashians, Cara Delevinge, and more. This package consisted of a wooden box with the different variations of the tequila and garnishes with which the person could prepare tequila drinks. This obviously resulted in more exposure.

Creating A Relationship With Her Fans

This day was full of surprises, but one of the reasons why it was such a success was because of the relationship that Kendall built with her fans. She drove the truck, she handed out the merchandise, she visited the stores. In other words, she was the main character of the event, and in a way, it humanized her. Most of the time, when celebrities launch their own brands, the public is skeptical on how much they actually worked in developing the product. But in this case, the public saw that she was very hands on and present, which is something that is very valuable in a marketing campaign like this one. The public felt close to her and to her brand.

The Talk Of The Town

This California launch gave the public lots to talk about. Especially on one of the most trending platforms, Tiktok. Some people that met her said that she was the “sweetest human” they’ve ever met. And others gave their honest review! @d.list on Tiktok said “it’s not bad, nooo, it’s good, I like it! It’s really limey, vanillany, there’s something she’s not telling us!”. @courtneylorenzz said “it smells so strong, I didn’t use the lime, it’s not bad, 10/10 miss Jenner”. All in all, despite the backlash she received months before when she announced it, people have reacted pretty happily with the official launch of it. Thus, we can conclude that to have a successful brand, celebrities must show that they are genuinely connected to them.

If you want to get an A+ like Miss Jenner did with her launch on your marketing strategy, check out these other blogs by Hollywood Branded:

But these blogs are not enough... Download "The Latest Trends In Entertainment Marketing"