We’re all accustomed to seeing brands like like Dr. Pepper, Doritos, and Burger King partnering with entertainment properties for licensing and co-promotional deals. QSR’s (quick service restaurants) and CPG’s (consumer product goods) have been staples for distributors and networks to help them reach broad audiences. However, some of you may have noticed that luxury brands are getting in the game as well.

For most, as your age rises, so does your disposable income, making those Gen X’ers and Baby Boomers a prime target for high-end brands. In this blog, Hollywood Branded looks at how luxury brands utilize entertainment marketing partnerships to enhance their business. 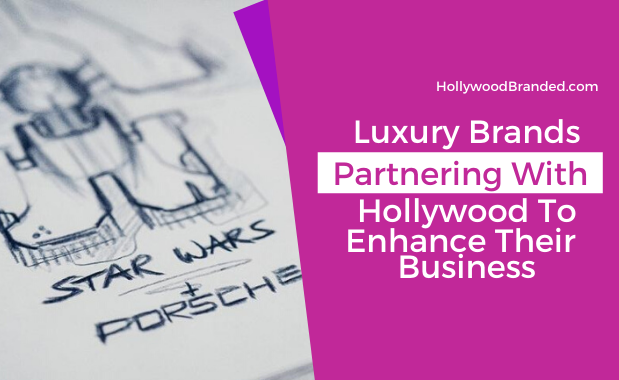 What Is A Co-Promotional Or Licensing Partnership?

Let’s take a step back. If you’ve read some of our other content on brand partnerships like this or like this, feel free to disregard this section. However, if you haven’t or you’d like a refresher, please carry on.

A co-promotional partnership is when a brand leverages a production’s assets like their title artwork, scenes from the film, or character images in their brand’s marketing to help both draw attention to their advertisement while simultaneously helping to promote the release of a production. This benefits the brand because they’re adding cool and unique content to their marketing campaign that they’d normally have to pay a large fee for, and this benefits the production because they’re getting advertising for their film or series that the brand covered the costs of.

A licensing partnership works a little differently. This is when a brand leverages entertainment content outside of a production’s theatrical or home entertainment release schedule. Because the brand is not helping to promote a release, it’s not as valuable to the production, and hence requires a licensing fee to the entertainment property.

Why Luxury Brands Are Getting In The Game

Over the last year our agency has seen a shift in the caliber of brands interested in participating in these kinds of partnerships. Campaigns that were once reserved for brands like McDonald’s and Mountain Dew that hit a wide audience, are now getting attention from brands like Louis Vuitton and Porsche. This is because, especially with iconic franchises, productions and brands alike are realizing that as the age of audiences rises, so does the type of brand these audiences are interested in. Fans of the hit series Friends for example are no longer just your 20-year-old college student. The fans that really appreciate this series are your Gen X’ers and Baby Boomers. And guess what? Those are the people that have more money. They’re not your young adults struggling to pay rent. Instead, they’re the ones established in their careers, ready to spend a little more cash on luxuries so it makes sense that your higher end brands are finding value in these kinds of partnerships.

Check out some of our favorite high-end entertainment campaigns below.

All recent brides can vouch that Le Creuset is a luxury staple on every wedding registry. Now, thanks to The Walt Disney Company, Star Wars fans are getting in on the action as well. Helping to promote the upcoming release of Star Wars: The Rise of Skywalker, Le Creuset has partnered with the franchise to create limited edition Star Wars-branded cookware. With Dutch Ovens averaging over $400, these products are not really something you’re going to purchase on a whim. However, for those lifelong Star Wars fans, a $450 Han Solo Roaster might be just what your kitchen is missing. Check out some of the items below. 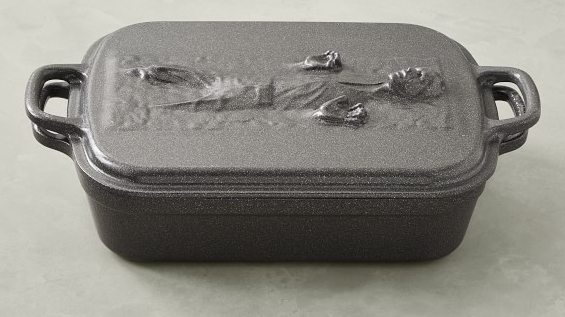 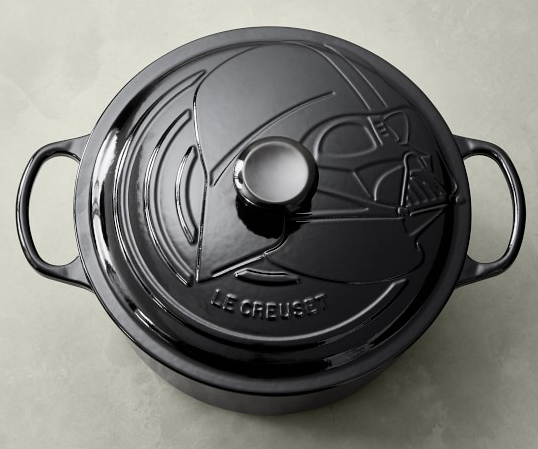 Louis Vuitton And League Of Legends

One of the most unlikely of partnerships, and hence one of our favorites, is the one yielded between the video game League Of Legends and luxury fashion house Louis Vuitton. To the surprise of some, over 21% of video game players are over 50 years old, putting them in the prime age range for those disposable incomes. This partnership was in celebration of Riot Games’ annual League of Legends World Championship. When it comes to esports, there’s nothing quite like the League of Legends World Championship with the 2018 event reaching over 100 million unique viewers, it’s up there with the Super Bowl. The yearly event rotates host countries and with this year’s event occurring in Paris, it’s a perfect fit for the iconic French fashion house. To celebrate this, Louis Vuitton has created game-themed items for both in-game and the real world. League of Legends character, Qiyana, decked out in Louis Vuitton in the game.

MR PORTER is a luxury online retail destination for men. It’s the brother company to the infamous NET A PORTER, which is a luxury online retail boutique for women. MR PORTER sells over 450 brands and includes designers like Balmain, Balenciaga, Gucci, and Prada... so not really meant for your bargain shopper if you catch our drift. In May, 2019 the digital retailer partnered with The Elton John biopic Rocketman, releasing 16 custom pieces inspired by the film. This collaboration was lead by the film’s producer, Matthew Vaughn, who helped to design the line inspired by the sleek, tailored style of Elton John’s manager John Reid. The partnership with Matthew Vaughn began with his work on the Kingsman, when MR PORTER partnered with that film to create a custom line. Given the heyday of Elton John’s popularity, it was a safe bet to assume that this film would attract those Gen X and Baby Boomer audiences. The collection includes pieces like slim-fit tuxedo jackets, trousers, and leather Chelsea boots. Ranging in price from $750 to $1,995, this collection is definitely made for the fashionable and financially comfortable man. A couple of our favorite looks below! 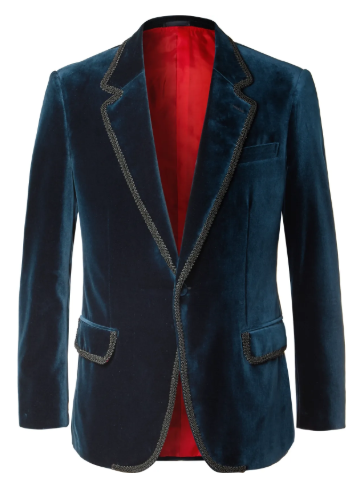 Above is the Navy Slim-Fit Cotton-Velvet Tuxedo Jacket retailing for $1,995. 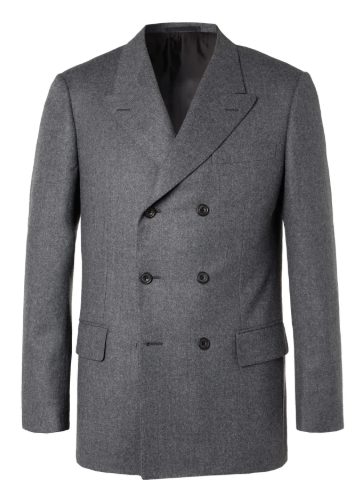 Another suit jacket from the collection – this one a Double-Breasted Wool-Flannel Suit Jacket listed for $1,595.

Star Wars: The Rise of Skywalker makes a return to our list with one of the most expensive toys a Star Wars fan can get their hands on – the first all-electric Porsche known as the Taycan. The collaboration between Lucasfilm Ltd. and the German car manufacturer began with a fantasy Porsche spaceship that will appear in the film. Doug Chiang, Vice President and Executive Creative Director of Lucasfilm said about the partnership, “The worldwide appeal of the Star Wars and Porsche brands is shaped decisively by their iconic designs. We are bringing together two worlds with this project: the exotic film design of a galaxy far, far away and the precision work that goes into developing emotive Porsche sports cars.” While Porsche is not in the business of selling fantasy spaceships, the brand is using this buzz to help promote the release of the Taycan. The worldwide premiere in December will have both the specially created starship and the Taycan on the red carpet for fans to check out. 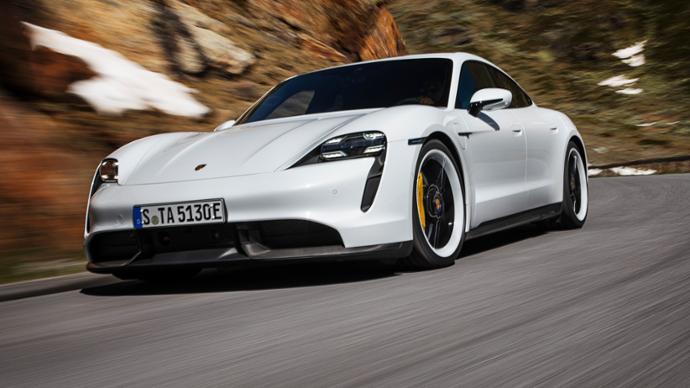 Here’s a photo of the Taycan that premiere-goers will have the pleasure of getting up close and personal with at the premiere. 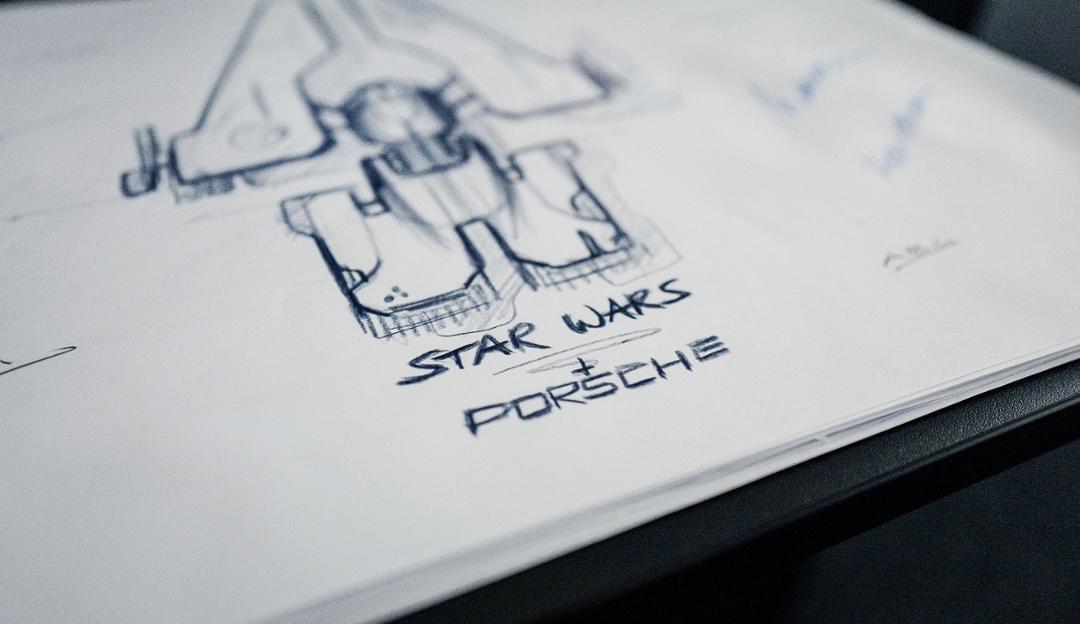 Here’s a drawing of the co-created Porsche starship fans will see in the film and on the premiere red carpet.

If you couldn’t tell by the sheer objective of our agency, we are passionate about brand exposure in content. However, partnerships truly flourish when the exposure doesn’t end on the big screen. Extending these collaborations to the consumer and allowing them to bring a piece of these partnerships into their homes is one of the strongest ways to turn a placement into a sales.

If you think your brand is a fit for a similar partnership, check out some of these other links to learn more.

The best marketing partnerships begin with product placement within the content. Once your brand is scene on the big screen, viewers associate that cool-factor and want it for themselves. If you're interested in learning more about product placement, check out this video below!