What could be better than going out and catching the sequel of your favorite film in the Dolby 3-D experience while relaxing in a reclining chair? As you're munching on some warm, buttery popcorn then proceed to wash it down with your crimson red AMC cup filled with Coca-Cola; pure bliss. The average American goes to their local movie theater at least five times a year and the box office results show it. In just over ten months, the box office generated ten billion dollars in revenue during this year alone.

And here's the thing - movies offer a phenomenal platform for brands to advertise in.  There is product placement in the content, and co-branded advertising in the theater as well.  All to the enjoyment of the millions who watch. In this blog, Hollywood Branded discusses the power of movies proven by box office success,  and how brands can leverage movies for strategic partnerships. 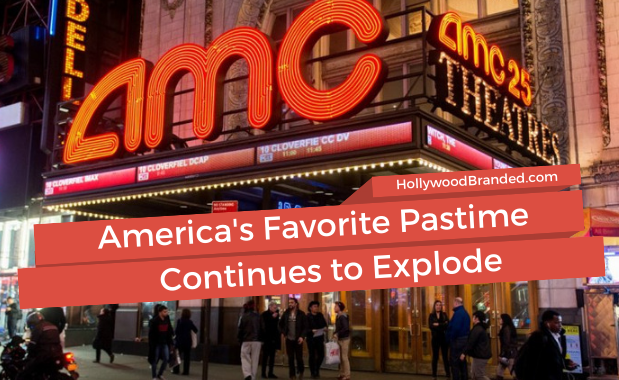 For a large part of the country, myself included, going to the movies is becoming a new favorite past time. The movie industry hasn't held back in releasing appealing movies for the audience to view throughout the year.

Throughout the last few years, the cinema experience has evolved for the greater good and the numbers are showing it. The movie industry has been setting record-breaking numbers through both domestic and international films. Since 2014, the film industry has crossed eleven billion dollars in ticket sales each year. Think of all the people that had to walk through those AMC doors in order to reach those numbers! It gets better. This year alone, cinemas broke the record for the fastest pace in breaking the ten billion dollar mark (10 months and 11 days). It doesn't come to a surprise when CGI improves in cinematography as the years go by. Compare the first ever Planet of the Apes film that debuted in 1968 and then take a look at the at final movie of the series, War of the Planet of the Apes. In the finale, the CGI in the film was so well put together, it looked like actual apes were partaking roles in the movie!

This year's movie list has been a roller coaster of emotions, especially for Marvel fans. Marvel started the year off with Chadwick Boseman in Black Panther, which led to become the highest grossing film in 2018 resulting in 700 million dollars in ticket sales. Consequently, the anticipated blockbuster of the year, Avengers: Infinity War dubbed a close second by generating 678.8 million dollars in the beginning of summer. These two films alone brought in over 1.3 billion dollars for the film industry! To add on to their marvelous performances, Black Panther and Avengers: Infinity War stand as the third and fourth highest-grossing films of all time. 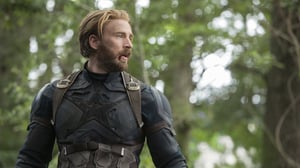 After a fourteen year wait, Disney has finally answered our prayers. The highest-grossing animated film of all time, Incredibles 2 was released just in time for the summertime movie nights. According to Forbes.com, the Disney film generated $504.382 million dollars domestically in just twenty-four days, placing as third most popular film of the year. Don't be ashamed if you walked into the movie theater being one of the only twenty-one year or older attendants there; we deserve this. 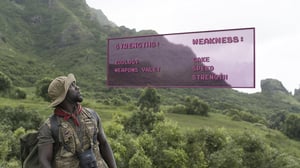 Keep in mind these are only three of the most poppin' films of 2018. Some notable honorable mentions like Bohemian Rhapsody and Jumanji: Welcome to the Jungle may make an appearance at the Oscars Award ceremony this year. Rami Malek excelled in the role of Freddie Mercury and his electrifying performances on stage. Let us not forget the funniest duo in Hollywood right now, The Rock and Kevin Hart nailing the sequel to the classic Jumanji film.

In order to increase sales and maximize profit, AMC movies has a focused plan to reel in huge amounts of customers. At least more than seventy-five percent (263 million) of the population has went to the movies once a year. Moviegoers who go to the theaters at least once a month contributed to about 1.24 billion tickets sold in 2017. Rather than trying to fish for new customers to come to the movies, the films can advertise for their own.

AMC has previously invented the Movie Pass over the last couple of years; allowing us to watch a movie for free every twenty four hour time period. This premium deal gives more perks like discounts on other tickets and snacks at the snack bar, along with a VIP front of the line pass all for ten dollars a month. The main focus is frequent customers rather than customer size. The average moviegoer is between the ages of 25 and 39. 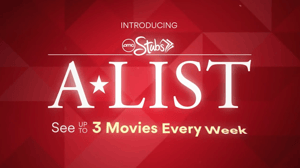 Now, AMC theaters has created another type of moviegoer premium package called the A-List. Due to low profit sales and nearly filing for bankruptcy on the Movie Pass, the notorious theater company went with this promotion that includes more traits like having access to Dolby theaters and being able to attend Q&A events with the casts. Only difference is the A-List will be twenty dollars a month.

As the years go by, movies will continue to advance and provide for us the entertainment we are looking for on a plan-free Sunday night. It is such a huge aspect in our lives with the commercials constantly televised, big poster ads on metro buses and even many social media platforms. The box office sees no sign of slowing down and at this rate, we will continue see records breaking and reboot of films getting better and better each time. If you haven't already, the month of December has a great selection of movies at the theaters from Bohemian Rhapsody still available and the Frontrunner, starring Hugh Jackman in a biopic of famous politician Gary Hart. Go to a theater near you and catch one of these anticipated movies.

If That Hasn't Sold You On The Benefits Of Movies...

There are hundreds of feature films produced every year in the US, and hundreds more now produced specifically for SVOD platforms like Amazon and Netflix.  The movie isn't dying, and in fact, there are more movies being produced than ever before. And what these films offer are often very brand friendly platforms for your brand to be interwoven into the content, or harnessing the power of the engaged fan base by co-promoting the film through strategically branded partnerships.

And make sure you check out some of our case studies and blogs our team has written on product placement and strategic partnerships with movies.

Also check out our video on product placement partnerships below!