Product Placement So Obvious, You Missed It

The Art Of Being Blatant

Do you ever find yourself searching everywhere for your keys, only to find they were in your hand the entire time? Or rummaging endlessly through the fridge in search for coffee creamer, when it’s actually been right in front of your face? Missing the obvious is a common problem, and it even happens with product placement.

We see product placement everywhere in entertainment: movies, TV shows, celebrity endorsements, and much more. Over the years, the negative feedback of product placement often comes with the claim that the product distracts from the film and story. However, productions have found a sneaky way to work product placement so blatantly into the plot, that audiences don't even realize they are watching one huge product placement deal unfold. When product placement provides the foundation for a story, brands no longer distract from the most important part of a movie or TV show: the story. Let's take a look at four partnerships that found success in the art of being blatant.

To start our list of product placement deals that were so obvious, you missed it, we’re going to a classic: Friends. What episode, you may ask? “The One With The Apothecary Table” …starting to put this partnership together?

In this episode, Rachel gets an apothecary table from Pottery Barn, but lies to Phoebe by telling her it was a unique piece from a flea market. Next thing we know, Ross purchases the exact same apothecary table from Pottery Barn, and it’s Rachel’s job to ensure Phoebe never finds out. Later, we see Ross absolutely appalled when he finds out that Phoebe hates Pottery Barn. (Which Phoebe eventually changes her mind about by the end of the episode when she spots a lamp in the Pottery Barn store window that she simply cannot pass up.) 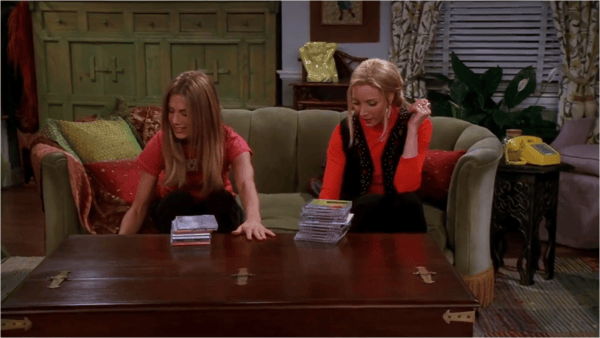 Five of the six core friends utter the words “Pottery Barn” for a grand total of 18 mentions during the episode. Additionally, the apothecary table wasn’t the only 2000-era product that appeared in the episode. We also see an “ornamental birdcage”, the “Sahara desk”, and the “Parker console table”. Ross even utters to Rachel, “Your place looks like page 72 of the catalog” at one point.

This placement was so well done that Entertainment Weekly ranked this episode #1 on their Best Product Placements roundup for the show. Pottery Barn has been very open about the episode’s impact on their business. One of their executives called it “the gift that keeps on giving” because “phones light up with catalog requests every time it airs in syndication”. They also revealed that Pottery Barn did not pay for product placement in this episode, the table was donated to the production and they “continue to be grateful for inclusion in the episode”.

Have you been convinced to purchase this irresistible apothecary table yet?! Well, you’re in luck! In July of 2019, Pottery Barn re-released the apothecary table in collaboration with Warner Bros. to commemorate the 25th anniversary of the sitcom’s premiere. The collection included accessories, furniture and tabletop items. The items range from a Central Perk mug for $14.50 to the famous apothecary table for $1,099. So hurry and make your purchases before the collection runs out – you can even be confident that your new decor is Rachel Green approved.

Next, we're heading to sunny California for a placement that provided the culture, community atmosphere and snazzy technology for this film. In The Internship, Owen Wilson and Vince Vaughn are two washed up watch salesmen who hope to reinvent themselves by entering Google’s internship program. Most of the action takes place at Google’s headquarters, with plenty of shots of various Google products and signage. The entire movie shows off the wonders of the Googleplex, making the company look like one of the most wondrous places to work…which it just might be (nap pods, a slide, free food…what else could we need?!). Google is definitely shown in a positive light in this film, and certainly highlights the company’s unique work atmosphere. This placement is unique in the fact it’s not necessarily selling the search engine, but the employer brand. 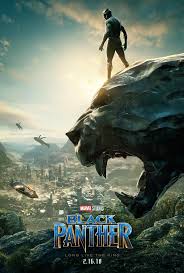 Many companies look to The Internship when it comes approaching employer branding in entertainment. One of Google’s major successes can be found in its acceptance of its own quirks. The film didn’t hesitate to show off and embrace its nerdy employees and absurd atmosphere, showing Google as a more desirable employer. According to the company, one of the main reasons Google wanted to be involved in The Internship was to promote computer science as a career and encourage more students to become interested in computers and technology. They also thought it was a great way to expose Google’s “do no evil” culture.

Similar to the last partnership, Google didn’t pay 20th Century Fox anything to be a part of this film. However, the company did have some control over how its products were shown onscreen. They allowed filming to take place for five days on their campus in Mountain View, California and used about 100 employees as extras. It’s been reported that Google worked with the producers and read the script but did not have any final editorial control.

In today’s society, we all know children’s favorite toys: iPads, tablets, mom or dad’s phone, Xbox, etc. Tangible toys are no longer getting the attention they used to, leaving classics like Barbie, GI Joe and Hot Wheels dusting in storage. This is why LEGO stepped up to make their brand known in the modern world by placing themselves as the star in their own movie.

The LEGO Movie was released on February 7, 2014. The Danish toy company aimed to extend its brand connection to generations of families and connect with new and even younger audiences. While the film received praise for its breathtaking visuals, sharp sense of humor and surprisingly touching story, it still is 100 minutes of straight up *drumroll please* product placement! 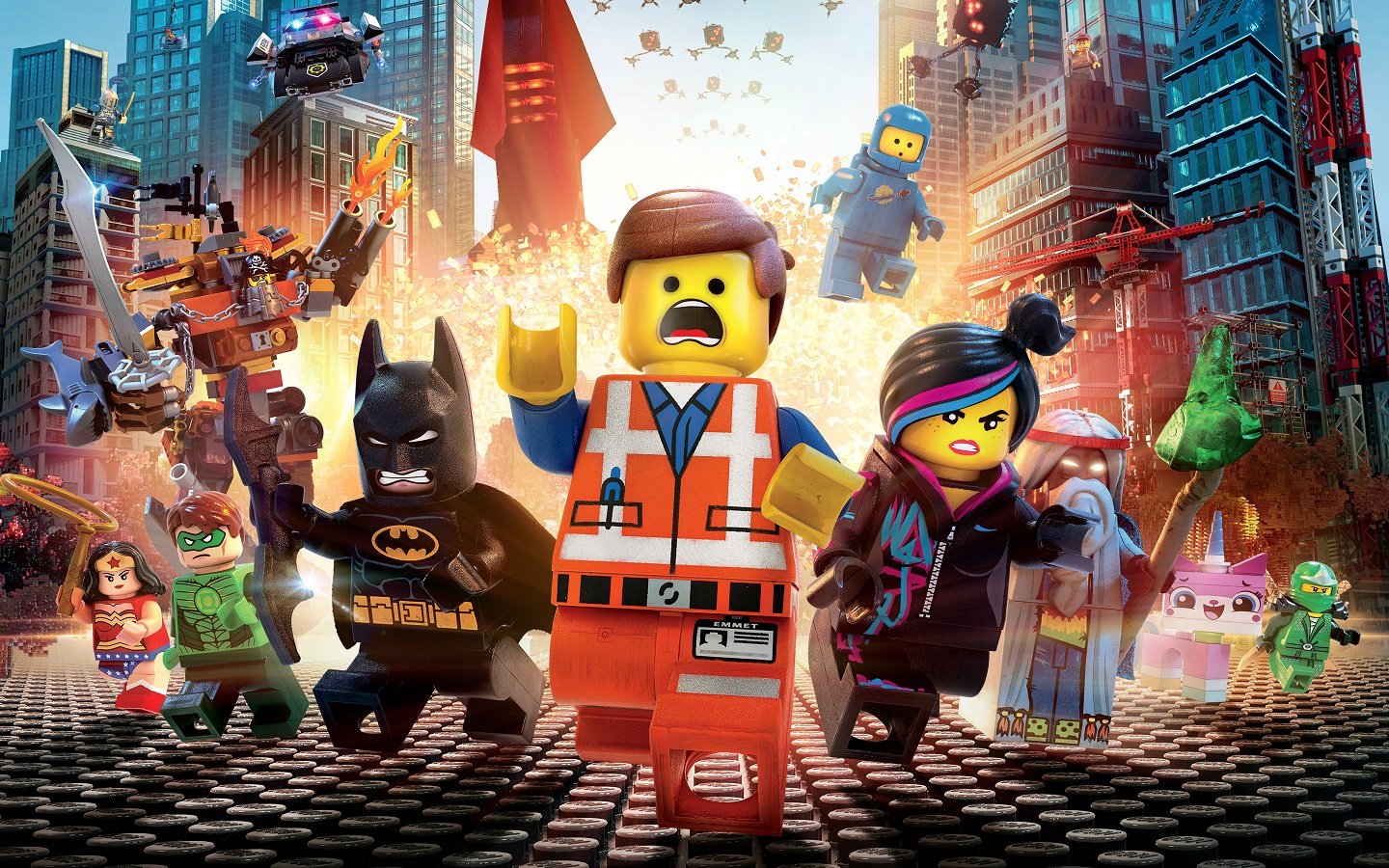 Not only does the film serve entertainment purposes, but the purpose to sell as many LEGO bricks as possible. What keeps this placement unique is the emotional connection that Lego is able to build with its audience by seeing the product in a deeply personal context. The film shows what Legos are capable of as creative tools, but also helps develop a personal connection between the consumer and brand. Overall, the company is working to establish one thing: brand loyalty. Especially for younger audiences, creating this brand loyalty through a full-length movie will hopefully lead to long-term brand recall, awareness and liking.

Additionally, seeing the brand in a virtual setting helps unlock the imaginative and creative potential that tangible toys hold. With the use of technology and virtual gaming available today, children don’t find themselves able to entertain themselves on their own as much as previous generations. By seeing this physical toy alive and vibrant in its own virtual world, children are more likely to use their own imagination to create their own scenarios and adventures when they see LEGO.

For our last partnership, we're going to a time long before Internet dating became a norm. We're talking all the way back to good ol' instant messenger.

In the Warner Bros. film You've Got Mail, heavy focus is on romance between Tom Hanks and Meg Ryan, with one other key player: AOL. The internet service plays a pivotal role in bringing the two characters together when the two meet online and develop a love affair before ever meeting in person. At the time of the release in 1998, the industry called this the biggest film product-placement arrangement in history. 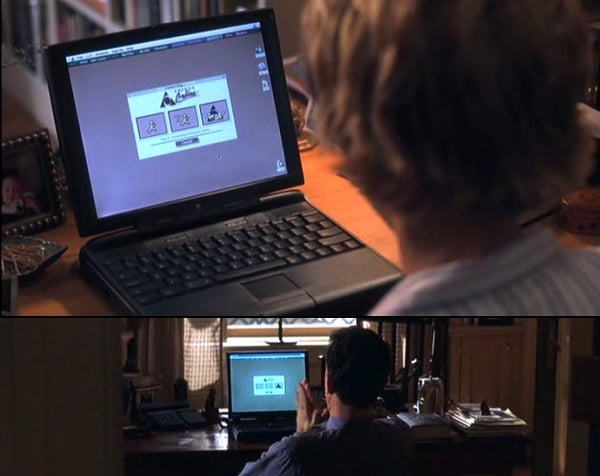 While the film's title is a direct slogan from AOL, the placement doesn't stand out too much since it is embedded so well into the story. In fact, there was more attention given to a Starbucks placement that got some negative feedback after being a bit to blatant. Characters discuss "how easy it is to order at Starbucks" and even list menu items. While this placement got some questions of being too "ad-like", AOL was able to avoid major criticism since it was baked right into the storyline. The trailer even had the "You've got mail!" catchphrase and the smiley-face logo appear multiple times. While no money was exchanged for this placement, AOL helped shaped the film with brand references and the foundation in which the character's love affair blossoms.

When it comes to placing products in movies and TV shows, it's important to ensure that the brand doesn't distract from the story. In some cases, this means making the brand a central character in the plot. Whether this means creating a lighthearted feud about a table, showing off your incredible work environment, making toys come to life or being the foundation of a newfound romance, brands can easily find ways to be integral parts of a story.

Want to get started on making YOUR brand visible in movies, TV shows and celebrity endorsements? Download our Product Placement 101 Infographic today to start learning more!