Round-Up: What Is HB Watching?

What Do Entertainment Marketers Do In Their Free Time?

Hollywood Branded is an entertainment marketing agency. So, we wouldn't really be doing our jobs if we weren't totally in tune to pop culture! We're all tasked to be as dialed in as possible to every aspect of the entertainment industry, so we consume A LOT of content.

Whenever a new show, movie, or song comes out, it's more often than not a heavy topic of conversation in our daily morning meetings. We love chatting about the things that we're enjoying and learning about new releases, and we want to share them with you, too! In this blog, the Hollywood Branded team shares some of the TV shows that they've been watching lately. 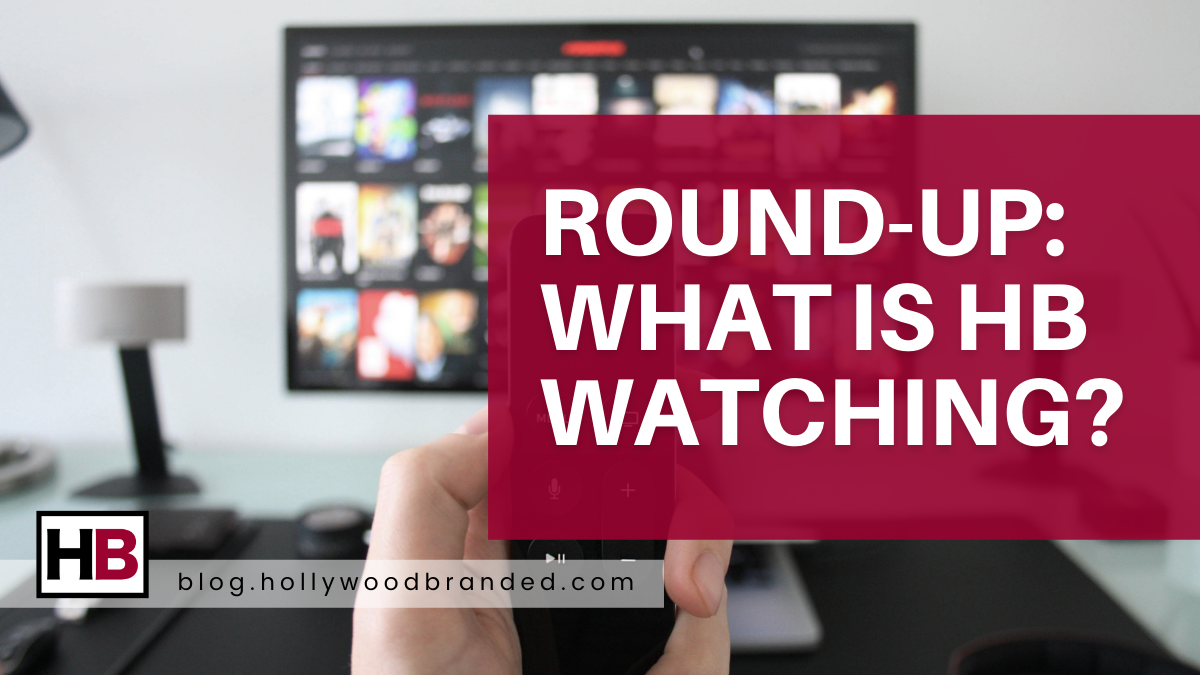 As sad as we are to see it go, after four seasons, we must bid Ozark farewell.

The beloved (albeit wildly dark and at times disturbing) crime/drama Netflix series follows the seemingly ordinary Byrde family, as they navigate the dangerous world of money laundering and drug trafficking. Marty Byrde, played by Jason Bateman, is a Chicago financial advisor who also serves as the top money launderer for the second largest drug cartel in Mexico. When things go awry, Marty must uproot his family from the skyscrapers of Chicago and relocate to the lazy lake region of the Missouri Ozarks.

While it's by no means an uplifting show, the HB team can't get enough. We've seen the Byrde family go through so much, and it's hard to say goodbye! 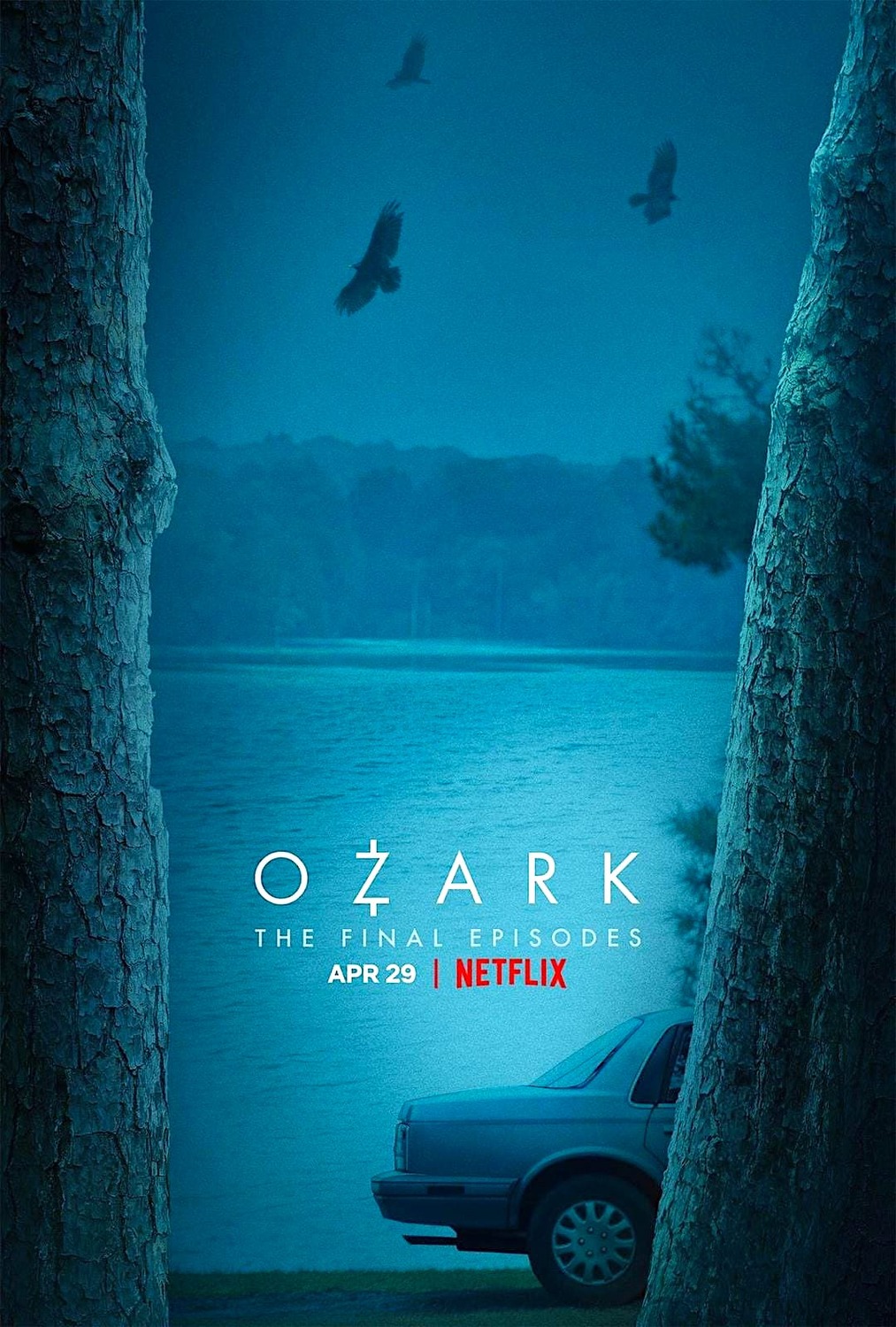 If you need a palate cleanser after binge-watching Ozark, look no further than The Ultimatum! This Netflix-produced reality dating show hopes to turn relationships upside-down, all while attempting to make them stronger.

The show follows six couples as they put their love to the ultimate test. After one half of the couple gives the other half the ultimatum to get married or break up, the couple then must test out a "trial marriage" - with a completely different person! After three weeks of the "trial marriage," the original couple reunite to see if their relationship can stand the strain of being "married" to another person.

The nonsensical show is a slight trainwreck - and we can't stop watching! It's infuriating to see some of these couples and their confusing feelings towards one another, but it really hooks you in and we can't get enough! 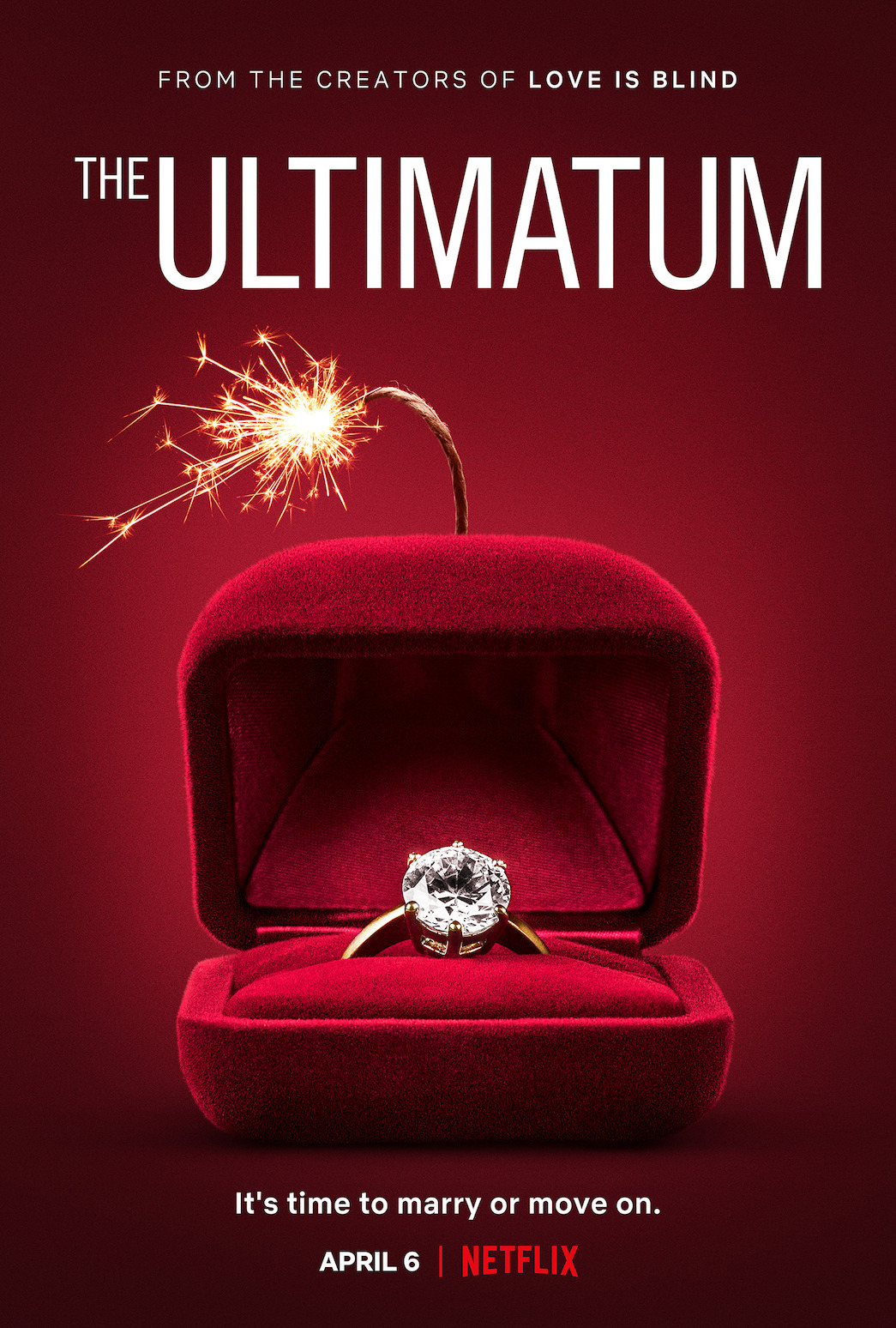 Our team has loved The Flight Attendant since its premiere in 2020. Seeing Kaley Cuoco in something other than The Big Bang Theory is refreshing - she's really able to show off her acting chops here!

The HBOMax original follows Kaley Cuoco as a reckless flight attendant with an alcoholism problem who wakes up in the wrong hotel, in the wrong bed, with a dead man - and no idea what happened. Unable to piece the night together, she begins to wonder if she could be the killer. While season 2 is a bit slow to start, we're excited to see where HBOMax will take us! If you're anything like me, you took WAAAY too long to watch Breaking Bad, but immediately found yourself completely immersed in the world as soon as you started. At the beginning of the pandemic, I binge-watched all of Breaking Bad, as well as the spin-offs, El Camino and Better Call Saul.

While Breaking Bad wrapped in 2013, Better Call Saul quickly filled the Walter White and Jesse Pinkman-sized holes in our hearts when it premeried on AMC in 2015. Taking place roughly six years before Heisenberg's reign on the Alberquerque meth scene, Better Call Saul follows everyone's favorite smarmy lawyer, Saul Goodman (whose real name is Jimmy Goodman). The AMC favorite is currently in its final season, which promises to have lots of Easter Eggs for longtime fans. 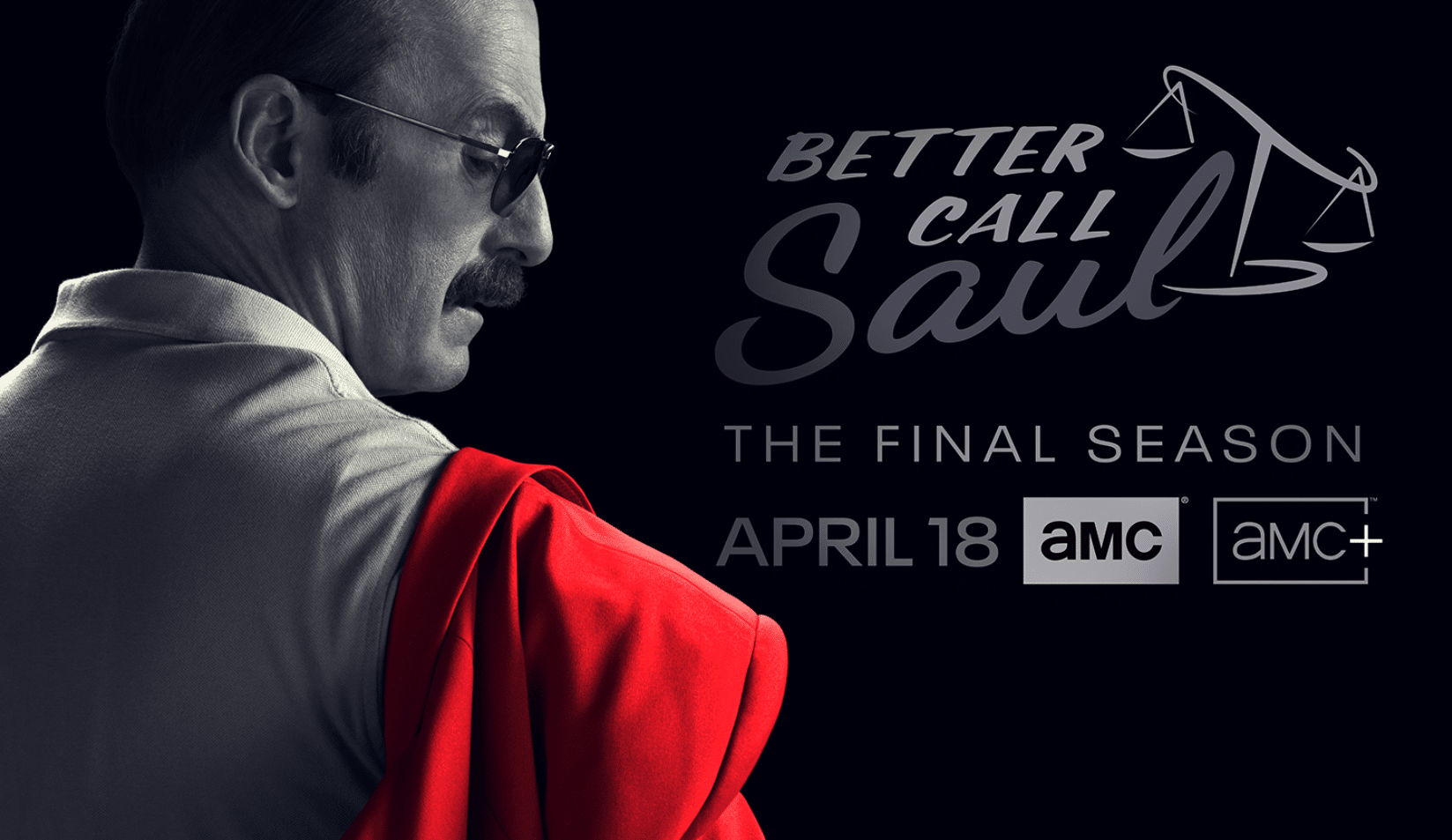 One of my personal favorites is Severance. An Apple TV+ original starring Adam Scott and directed by Ben Stiller, the sci-fi drama had me YELLING at the TV as the credits on the season finale rolled through.

The trippy, almost dystopian show follows Mark (played by Adam Scott) as he leads a team of office workers whose memories have been surgically divided between their work and personal lives. When a mysterious man, who claims he is a former colleague, appears outside of work, it begins a journey to discover the truth about their jobs.

The show took me, and other HB team members, on a wild, emotional ride. We truly didn't know where the show would take us from one moment to the next! While the critically-acclaimed show was picked up for a second season, the show left us on a major cliffhanger. And I, for one, am not sure if I can wait to learn what happens to Mark and the rest of the Lumon crew! 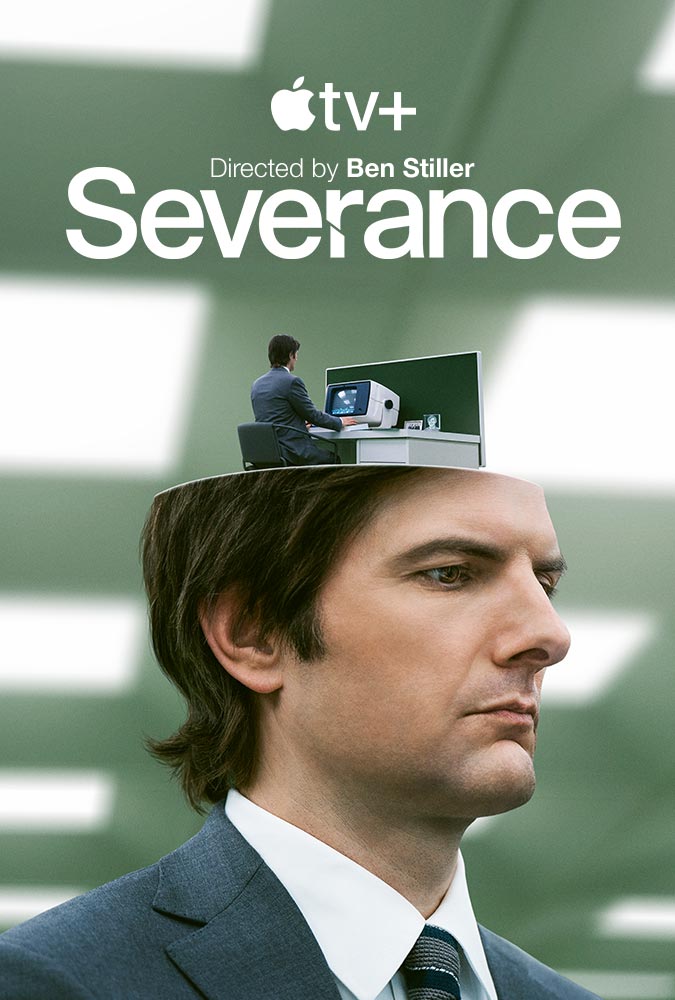 I don't know about you, but here at HB, we think that Showtime is killing it. From the terrifying Yellowjackets, to the dramatic Billions, to the absolutely hilarious Ziwe, Showtime doesn't seem to miss when it comes to original programming. Their newest addition, The First Lady, is no exception.

Showtime bills their newest drama as "a revelatory reframing of American leadership through the lens of the First Ladies. Starring Viola Davis as Michelle Obama, Michelle Pfeiffer as Betty Ford and Gillian Anderson as Eleanor Roosevelt, this series delves deep into the Ladies' personal and political lives. Exploring everything from their journeys to Washington, family life, and world-changing political contributions, the impact of the White House's women is no longer hidden from view." Being able to see some of the most iconic First Ladies in a completely different light allows us to really appreciate their impact - and we can't wait to see where else the showrunners take us in this anthology series! As an entertainment marketing agency, we are tasked with staying tuned in to all things pop culture. Want to be as in-the-know as we are? Look no further than our blog! Take a look at some of the pieces below to learn all you can about the wide world of the entertainment industry!


Are you a pro podcaster? Want to share your marketing tips? Apply to become on our show "Marketing Mistakes (And How To Avoid Them)!"