How the Streaming War Has Yielded Unique Branding Tactics

Streaming has become ever so important during quarantine. Bored and hungry consumers love nothing more than having access to premium content right at our fingertips. With an ever-growing popularity, consumers are seeing an overwhelming number of platforms to pick from. 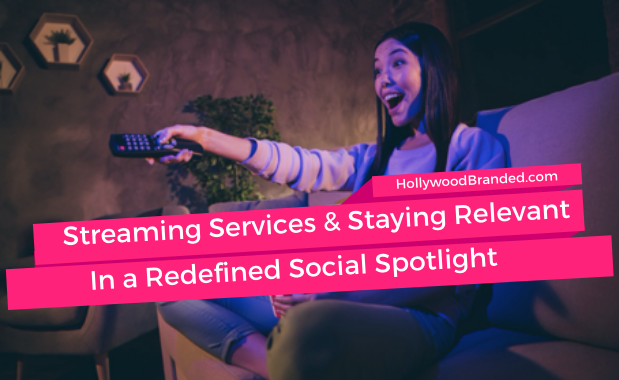 The Rise of New Streaming Services During Turbulent Times

The streaming war has been going on long before quarantine. Now, it has become even more pressing as streaming services compete for the undivided attention of the bored and content-hungry consumer. Although COVID-19 has wrecked the marketing plans of many brands, streaming services have a “get out of jail for free” card because of the unprecedented demand. MarketWatch reported that Netflix gained 15.77 million new subscribers in April.

More and more each day, streaming players must market creatively to catch the consumer’s attention in this streaming war. Now in combination with COVID-19 and social movements gaining traction, these streaming brands are forced to think outside of traditional strategies in order to stay relevant.

Whether it is through the type of content they release, pricing options, or company-backed initiatives, the streaming players have created a multitude of ways to keep their name in the consumer’s mouth. To effectively reach their consumers, brands and services must think creatively to distinguish themselves amongst an overwhelming amount of new virtual content.

In addition to new strategies, new streaming services have also jumped at the opportunity to launch during universal boredom. We’ll examine Netflix, Peacock, Quibi, and Argo – and how to universally apply the strategies they’ve used to cope with the streaming war and virus-stricken world.

Netflix released “Homemade,” a short film collection of quarantine perspectives, on June 30th. Renowned directors from all over the world, like Rachel Morrison (Black Panther) and Ana Lily Amirpour (A Girl Walks Home Alone at Night) as well as actresses Kristen Stewart and Maggie Gyllenhaal, collaborate on a compilation of microshorts. In honor of these filmmakers, Netflix also made a donation to non-profit groups who benefit unemployed cast and crew. What the company succeeded in was creating a virtual creative collective that offered a greater, more benevolent purpose. 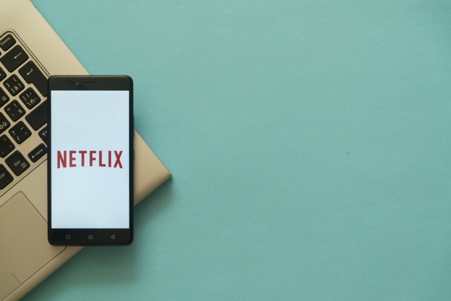 Series creator Juan de Dios Larrain tells Variety, “For once in our careers, this wasn’t about money, agencies, lawyers or the Hollywood structure.” Instead, Netflix was able to create a piece of universally relatable content that was authentically crowdsourced from reputable creatives.

This DIY concept has grown in popularity within all media avenues during quarantine, and it is refreshing to see a large brand like Netflix employ such a strategy. The end result is creative content with a broad, but personal perspective that encourages audiences to tune in.

Even if your brand’s consumer base doesn’t consist of well-known filmmakers, brands can still take note. It can be very empowering to brands and audiences alike to foster a creative collective that is visible on the brand’s channels.

Taking a marketing approach that is not sales-driven, but rather human-driven is accomplished by giving audiences the opportunity to story tell on a larger, collective platform. In turn, they will share such content with their own networks and channels, extending the brand’s visibility. Especially during these turbulent times, we all possess a shared experience that is interpreted differently by each individual.

Next, we’ll get into three new streaming platforms that have launched during quarantine.

NBCUniversal recently launched their own player in the massive streaming war on July 15th – Peacock. While joining the game relatively late, the platform boasts a large offering of NBC shows, Universal films, and original content. Just like the other big streaming players, Peacock’s exclusive content is available with a paid monthly subscription. However, Peacock further distinguishes itself with a free tier.

Peacock is the only platform thus far to offer thousands of hours of free content with advertising.

Michael J. Wolf tells CNET that the “freemium model… will ensure that Peacock comes out of the gate with a large base of users and will be the service's surest path to scale.” Just like Costco, they get you hungry for more after that first sample bite. In Peacock’s case, they are offering infinitely accessible content, rather than a free trial. So, an endless amount of delicious free samples.

This tactic of Ad-Based Video On Demand (AVOD) is coupled with exclusive content that makes Peacock an enticing option.

Peacock is able to compete with the older, more established streaming services with a free tier, rather than just a free trial. The CNET article references a Deloitte study that found that not only are more people purchasing streaming subscriptions, but they’re also canceling more. It has become harder for us to retain attention during such stagnant times. Like CNET calls it, Peacock is sort of a “gentle off-ramp” for when the consumer becomes less interested. Providing an accessible alternative even after cancellation continues the brand and consumer relationship.

Quibi seemed to have come out nowhere during quarantine. The streaming platform named for its “quick bite” content has seen relatively debatable success after its launch in April. They’ve accomplished great name recognition with their gutsy endeavors and high-profile talent, but Vulture reports that the app ranking dropped from #3 to #284 from launch day to mid-June.

After realizing that their “quick bite” branding approach was ineffective against major competitor TikTok, Quibi had to pivot from their initial marketing efforts. Capitalizing off the powerful tool of nostalgia, Quibi has put itself back into the spotlight with their recent release of The Princess Bride miniseries spinoff.

Director of the original film Rob Reiner explains to Vanity Fair that the audience “already know[s] the movie, that’s what makes it fun.” If your brand can highlight a significant memory or concept that we all remember from years past in its marketing campaigns, it creates a riveting shared experience. Nostalgia is such a captivating emotion; which audiences can appreciate now more than ever.

Amongst the sea of streaming players, the underdog Argo emerges as a short film streaming platform and community set to launch within the coming weeks. Headed by film producers Arcadiy Golubovich (99 Homes) and Michael Y. Chow (Sorry to Bother You), the platform distinguishes itself with a social network component and focus on filmmakers. Argo will boast a unique collection of premium content from award-winning short filmmakers. The end result is something of a blend between HBO, Instagram, and Vimeo. 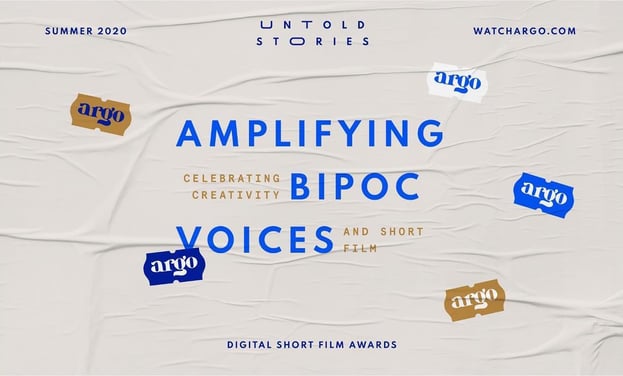 As well as being a more niche and smaller streaming platform, Argo is marketing itself in the midst of emotionally-charged times. While this could appear as a disadvantage, Argo has recently launched its Untold Stories Short Film Awards 2020 in response. This film festival was specifically created for Black, Indigenous, POC filmmakers to share their work and compete for monetary prizes and industry support.

Although Argo had been planning its launch well before the rise of these social movements, the timing of this film festival is perfect for the brand and its audience. Not only is this an excellent way to showcase underrepresented voices, but Argo is able to simultaneously encourage branding.

During a time where Black and Brown voices are being amplified more than ever, it is mutually fulfilling for both brands to promote and for audiences to engage with said voices. Argo’s strategy thus places an emphasis on the filmmaker and what they contribute. Similar to Netflix’s strategy, Argo takes a human-driven campaign that encourages the consumer to stick around.

Incentivizing brand reach with a competition model also creates brand recognition, especially as a smaller brand. The consumer is likely to promote your brand when there are stakes attached for themselves—and especially now, the overarching goal of social awareness.

Taking These Strategies Beyond the Streaming Sphere

The streaming war will obviously continue past quarantine as old and new players rise and fall in popularity. During this unique and chaotic era that we are all living in, it has yielded distinct branding tactics for industries beyond streaming. Brands must creatively think of ways to maneuver around physical and economic branding limitations.

Whether it’s Netflix and Argo’s person-driven approach to involve audiences with their brands, Peacock’s free content offerings, or Quibi’s ability to replicate a shared nostalgia, there are many strategies any brand can take away from these streaming platforms.

With the success that streaming platforms have found in staying relevant to their consumers, this has also created opportunities for brands to partner up with them. The new, unique strategies of creating and publicizing content lend themselves to new ways for brands to insert themselves in said content.

If you’d like to read more on streaming services and their marketing strategies, check out some of our other blogs!

To learn more about how your brand can utilize influencers to best market your products and services, click below to get certified on influencer marketing today!