There is major battle happening in the entertainment industry. It seems like every major company is trying to get a hand in on streaming content, creating major competition and a race to get market share. Cable TV is becoming obsolete due of the enormous amount of quality content available on streaming apps and the convenience of watching your favorite shows whenever you wanted.

Getting into the streaming game seems like a viable choice for most corporations, leading to the exposure of more creative content. In this blog, Hollywood Branded discusses the variety of streaming platforms and why a war of gaining market share is inevitable. 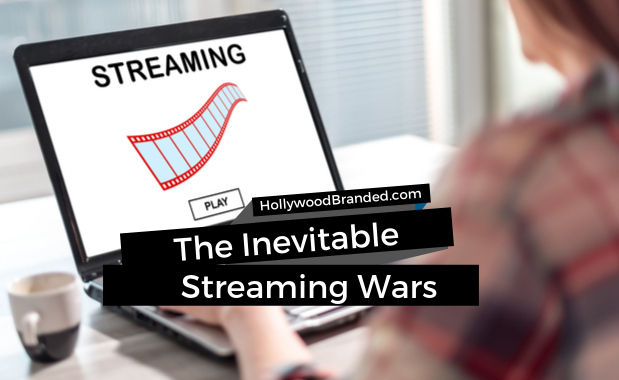 The Death of Video

A long time ago, video was able to successfully surpass the long era of the radio. Streaming is the most popular form of entertainment now and for obvious reasons. Many contributing factors make the idea of streaming more intriguing for consumers.

It is no exaggeration when consumers say streaming is the new medium of entertainment. Streaming is the most convenient form of viewing favorite film and shows, allowing for new players and strategies in the space. In addition, streaming services gaining the roles of producers and distributors have also made more room for them in the entertainment industry.

About 10 years ago, it would have been hard to imagine a movie rental/ streaming company to act as the distributor and producer of original content. Ambition in the entertainment industry has always been a stepping stone towards progression. 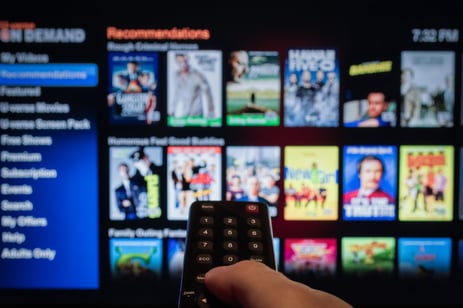 The Driving Forces of the War

The different sides of this war include Disney Plus, Apple TV Plus, HBO Max, Netflix, and Hulu. One of the biggest players in the game, Netflix, could be left in a vulnerable position. This vulnerability stems from the huge interest of giant media companies getting into the streaming space.

Choosing the right streaming platform will depend on your favorite content and what service has the best budget for you. If you were to be a fan of good original series, Netflix would be a good choice. Hulu is very good at licensing content so if you are interested in a wide range of shows or films, Hulu could be your favorite.

Netflix was, arguably, the first streaming service to buff up on their library selection and content. In the early days of Netflix, acquiring hit shows like Breaking Bad and The Walking Dead really made a lasting impact in the streaming space. In other words, Netflix did not have competition in the early days, making Netflix become the leadings streaming service. These days, Netflix has to do more than just sign contracts with networks for content.

Which Side is Better?

Most consumers are predicting Disney Plus will prevail and drown out the competition of other streaming platforms. Disney has a lot of advantages including its vast library and upcoming original projects in the making. Another common train of thought is that Netflix needs to try harder, allowing more room for growth and concepts in streaming. 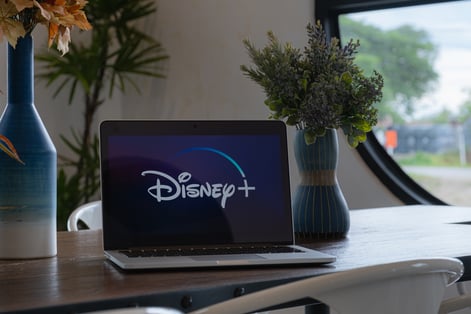 Netflix has gained a lot of traction, especially with their commitment to original content. Signing deals with producers like the Duffer Brothers and Ryan Murphy shows their outreach and dedication to creating original content.

In 2008, Netflix was able to acquire 2,500 shows and movies from Stars for $20 million. In present time, Friends cost Netflix about $100 million to keep. The prices for hit shows are not what they used to be for the streaming giant. Netflix’s sustainability is also called into question, allowing viewers to only sign up to see a show like Stranger Things and finish it in a week. After finishing it, the consumer can cancel their plan and Netflix does not make money off it. This model makes Netflix vulnerable and allows for customers to look at Netflix like a temporary service.

Furthermore, Netflix is not the only innovative streaming company anymore. Their original content and innovative ideas have been visible in the strategies of their competition, posing a threat to Netflix. Original series and acquiring better content are two of the most important factors when trying to attract  loyal customers. Competition is necessary for these streaming platforms to be progressive in the entertainment industry.

Are We Going Back To Cable?

Most people left cable because of the ridiculous pricing and countless factors surrounding inconvenience. If you were over traditional cable, Netflix and WI-FI cable services (like Sling) seemed to be enough for a while. There will now be a bigger entertainment budget for consumers who watch a little bit of everything.

It seems possible that cable is going to be something that Millennials are going to tell their grandchildren about. Furthermore, more content and streaming services will push consumers to pay for different services. It will be a major hurdle for some companies to overcome but the major difference between streaming and cable is the a la carte option, making streaming platforms more appealing.

In the end, there is a sort of uncertainty for consumers in the streaming wars. There will be positive and negative implications in the world of entertainment because of the streaming epidemic. Streaming platforms have done things differently since the start of them. Streaming is better than cable TV because of its innovative ideas and content.

You can't talk about streaming without touching on the important subjects of entertainment marketing and product placements! Learn more about these paramount topics!

Interested in marketing your brand or product? Reach out to us and check out the link below!