The Rise In Popularity Of Korean Dramas

Does everyone remember Tiger King? It was all the hype during the first month of quarantine. But it wasn’t the only show that saw major success in 2020. There has been an influx of Korean dramas on Netflix in 2020. Crash Landing on You, Itaewon Class, and Start-Up are some of the hit shows released just last year.

Unlike many American TV shows where product placements are inconspicuous on-screen, Korean dramas are scattered with company logos and product names. Now that K-dramas are available on global streaming platforms like Netflix, a lot of brands placed in these shows are now receiving international exposure. In this blog, Hollywood Branded explores product placement in K-dramas and how their rise in popularity has affected this indirect form of advertising. 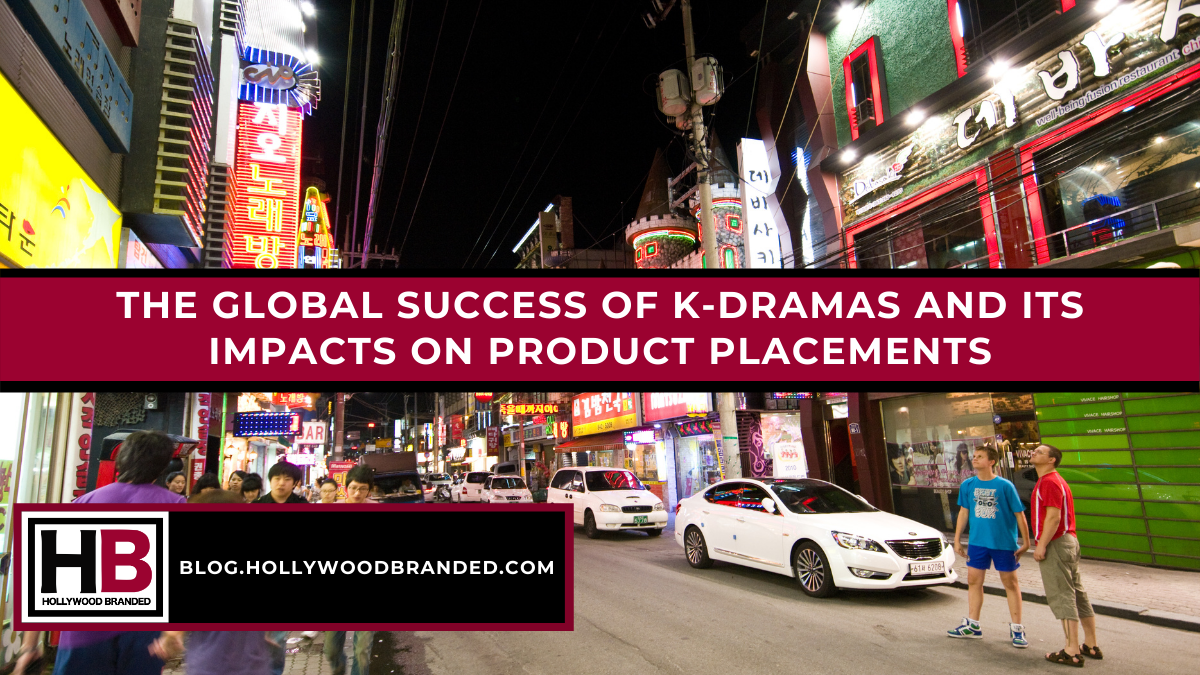 In K-dramas, product placements are truly ubiquitous. In fact, some K-dramas incorporate an excessive amount of brands that it starts to feel like watching an hour-long commercial. Most phones, cars, sunglasses, coffee shops, and beverages that appear in K-dramas are all product placements. Brands are not subtly introduced, instead many of their products become integral parts within the plot: a Subway sandwich saved the life of a suicidal man, a robot vacuum cleaner tampered with the crime scene, and a Breitling watch stopped time to save the protagonist from evil villains. 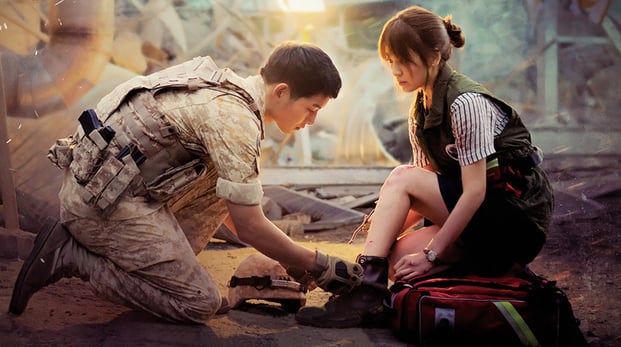 Some Of The Inadvertent Stars In K-Dramas

Here is a list of just some of the product placements in the hottest K-dramas:

Notice a trend? Products featured in K-dramas are not just Korean brands. International companies are participating in product placements across Korean shows as well. 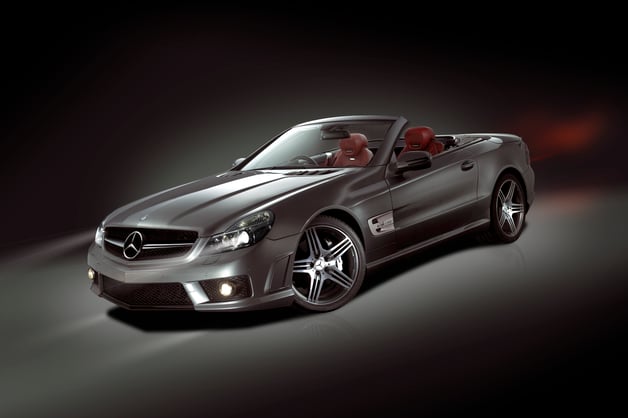 This blog can’t be about product placements without mentioning the favorite hangout spot among all K-drama characters, Subway. There’s always the neon green sign of a Subway store on almost every street corner in a K-drama. Subway stores shown in K-dramas are unlike the dilapidated ones we imagine when we think of Subway in America. The stores are brightly lit with a sleek interior design that definitely makes it a shining presence on-screen. According to The New York Times, Subway has appeared in more than 17 K-dramas. This is not a surprising statistic since the CEO of Subway in Korea had planned to open 300 more stores within 2014-2017.

Subway appeared multiple times throughout the 16 episode series, “Descendants of the Sun,” which hit a record of a 38.8% viewership rating and garnered around 2.3 billion views on a Chinese video platform for the last episode, alone. With this hefty viewership rating, Subway was bound to receive a lot of exposure. More recently, Subway has been featured in the K-drama “Crash Landing on You” which aired during quarantine and placed 5th, right behind Tiger King, on the list for the most-watched TV shows on Netflix. 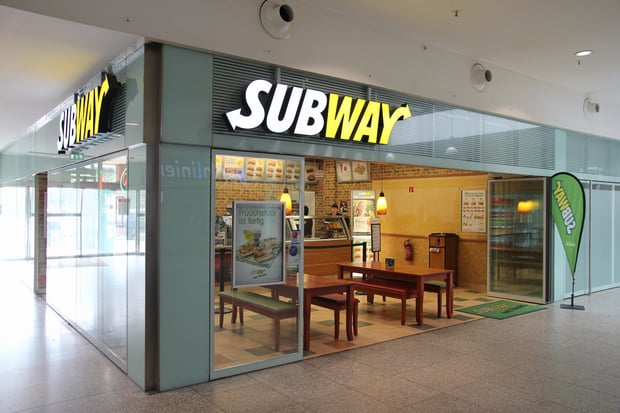 You may be wondering, are product placements worth it for companies to expend their money on? Well, there is a scene from an iconic K-drama, “My Love From Another Star,” where the main character applies a coral pink shade lipstick. After that scene aired, almost all coral shade lipsticks were sold out around the world. Although YSL’s Rouge Pur Couture No 52 was not the exact lipstick used by the main character, it was sold out for months, and they were so difficult to buy that they were being sold on eBay for over $100! According to The Cut, YSL’s public relations team confirmed that it was indeed the show’s popularity that caused the lipsticks to sell out.

In “Crash Landing on You,” one of the main characters, Yoon Se-Ri, played by Son Ye-Jin, frequently wore Gentle Monster’s Dreamer sunglasses. These sunglasses became all the rage. Many fans of the show started buying out these glasses; even celebrities like Anne Curtis posted an Instagram story wearing them with the caption “Yoon Se-Ri vibes.” These sunglasses will now be forever known as part of the Yoon Se-Ri look!

Although there are many product placement success stories like YSL’s No 52 lipstick, product placements can also stir up a lot of controversies. International brands that are newer in the Korean market are often seen integrating their products into K-dramas, but they are not always well-received by the Korean audience. The most recent case of this happened with the show “Vincenzo” which features the same actor as the one from “Descendants of the Sun,” Song Joong-Ki. In the drama, Song eats an instant rice dish from a Chinese brand, Zi Hai Guo. This rice dish called bibimbap was created specifically to be integrated into the Korean market. However, there seem to be conflicting opinions on this product placement. Some criticize the show for promoting a Chinese brand on a Korean TV show, while others think that cross-cultural product placements encourage more business and new opportunities among the two countries. Many Koreans felt unsettled by the fact that a Chinese food company was producing a traditional Korean dish and promoting it on a Korean show. Are Viewers Getting Tired Of Product Placements?

While some product placements prove to be very fruitful, many avid K-drama watchers seem to be getting tired of the incessant product placements. I mean, who wouldn’t get tired of seeing the neon Subway sign in almost every K-drama? But without extra funding from these brands, would production companies lose their ability to pump out expensive and high-quality shows? Moreover, brands realize that if they want to capture the attention of the younger generation, getting their products on K-dramas that are viewable on streaming sites is one of the best avenues for publicity. 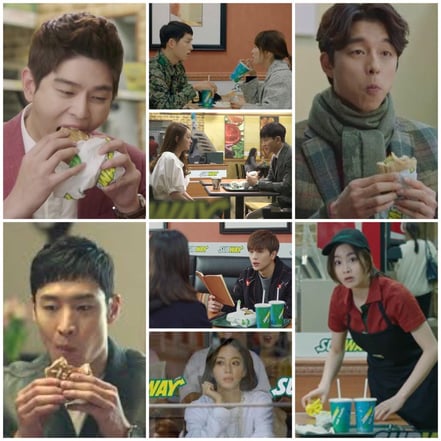 Expand Your Knowledge On Product Placements

Now that you’ve learned all about product placements in Korean Dramas, check out some of our other blogs to dive deeper into the entertainment industry in other countries.