HBO has had a tendency to keep its partnerships close to the show's central theme. No matter what, the relationship always needed to appear organic, making it often difficult for brands to partner with some of televisions most coveted televisions programs.

Times have changed. Winter is coming for the last time, and HBO has gained new troops to add to its branded partnership army. In this blog, Hollywood Branded will show you how HBO and Game Of Thrones have collaborated with brands to produce what we consider the top 5 branded partnerships to end Games Of Thrones. 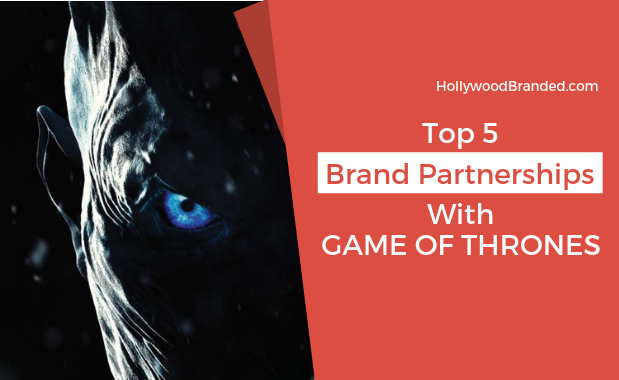 This list could not be what it is without including this bombshell of a partnership between Game Of Thrones and Bud Light. The pair crafted a TV spot  that encapsulated not only the tone of Game Of Thrones, but the scale. Directed by David Nutter, the same man responsible for the infamous “Red Wedding” episode, the 60 second spot titled “Joust” featured Bud-Light’s most killable character, The Bud Knight. The Knight jauntily trots around the Westeros themed arena as fans cheer his name. They all do so whilst drinking Bud Light. 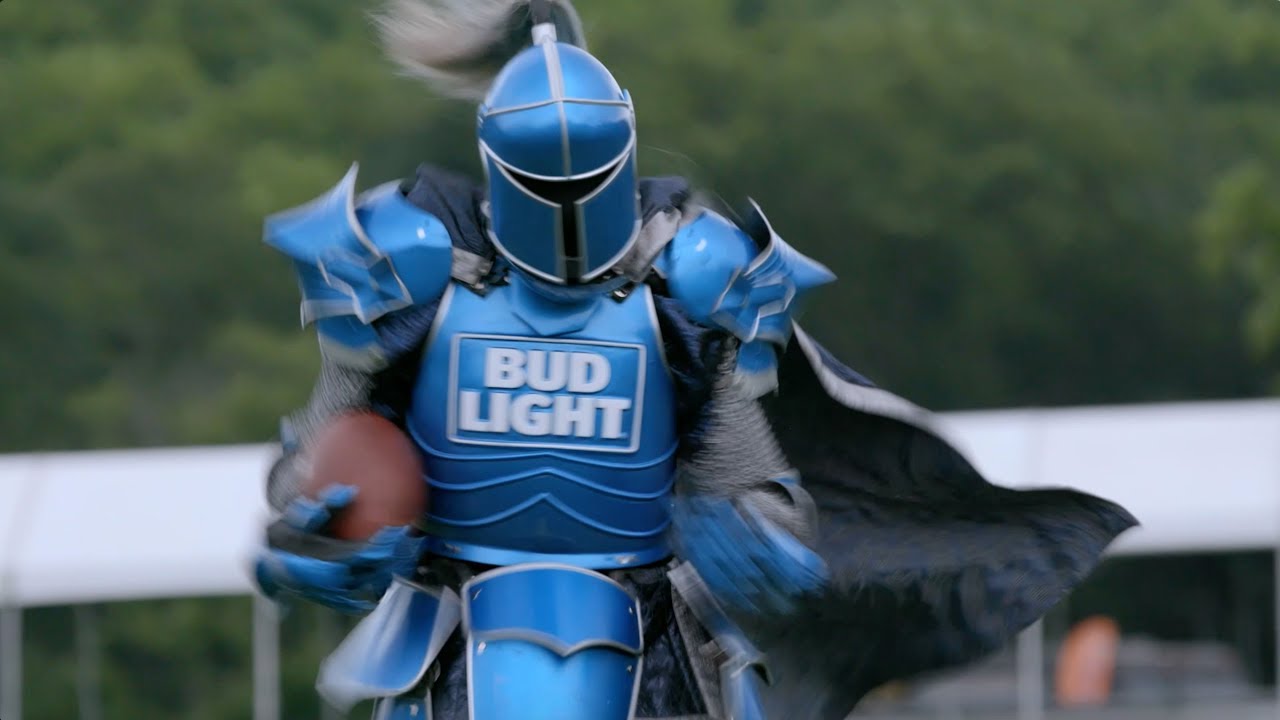 The first half of this ad is light, playful, and typical of any Bud Light Super Bowl commercial. The next half quickly descends into David Nutter madness, as the Bud-Knight is violently struck off of his horse by The Mountain, a very large, very violent man from Game Of Thrones (most likely white walker). The commercial quickly changes musical cues, The Bud-Knight gets his can (his head) pressed in by The Mountain, and a dragon appears to scorch the entire arena. Of course, all of this is happening as the crowds grab their Bud-Lights on their way out of the arena. This partnership receives one Golden Hound for excellent production and team work. Bleed For The Throne With American Red Cross

What could have easily been the requirement for a new Game Of Thrones God actually became the largest blood donation promotional effort by an entertainment company in Red Cross history.

“Bleed For The Throne” leaned on American Red Cross’ charitable platform to encourage GOT enthusiasts that donating blood is the only way to the throne. The activation spanned over the course of three days, activating in 43 different states and 9 colleges and universities throughout the U.S. The main driver of this activation took place at SXSW in Austin, Texas where fans could enter into the world of Westeros to valiantly donate their blood.

Eager donors entered a grand hall revealing the intense detail packed within this immersive experience. Two signs leading “donors” though one path and “non-donors” down another greeted each guest. The 27 minute original score accompanied by a 24 person choir brushed the occupants along through the fantastical exhibit. Upon exiting the interior, the guests are then welcomed by Dothraki garbed actors teaching the willing their native tongue. Over 90 actors recited words from a 100 page originally crafted script participated in this activation. 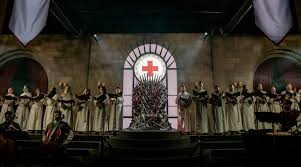 Since the launch of the campaign, the number of new donors has increased by over 40% and the American Red Cross collected over 15,000 pints of blood on the first day of nationwide drives. The meticulously crafted event goes beyond the popup venue and screen, extending into a pledge for social good and inviting thousands to support the cause.

Since the launch of the campaign, the number of new donors has increased by over 40% and the American Red Cross is on track to collect over 15,000 pints of blood on the first day of nationwide drives. Hard work truly paid off for this audacious pledge to the god health of all.

Game Of Thrones and Oreo

In a move to win this year’s “Over Achiever” award, HBO partnered with Oreo Queenpin Mondelez to launch a brand new line of GOT themed cookies. Not only are these treats delivered to the aisles in GOT themed custom packaging, but each Oreo features four unique embossments paying homage to the show’s surviving 3 great Houses and White Walker clan. OREO strongly encouraged fans to bend the knee to either House Lannister, House Targaryen, House Stark, or The Night King by visiting oreo.com and OREO’s Facebook and Twitter pages.

The true icing on the cookie came in the form of an announcement trailer that married both OREO and Game Of Thrones together in perfect harmony. Partnering with Elastic - the design studio behind the original Game of Thrones opening sequence - HBO recreated the show’s iconic opening credits featuring more than 2,750 animated original and OREO Game of Thrones cookies. The land and all it encompassed were made out of cookie base, while the lakes and rivers were represented by OREO creme. The cookie partnership is expected to be one of the biggest Limited Editions for OREO to date. The Can With No Name - Mountain Dew

Nothing really gets the wildings going like a nice sweepstakes. Throw in some FIRE “God Of Light” worthy mystery, and suddenly we have a partnership that bubbles to the tip of every marketers tongue. Mountain Dew and HBO really connect in this relationship, enough to make any brother of the Night’s Watch plot against them. Issuing limited edition all white brandless cans is a tip of the crown to GOT’s elusive “man with no face” character, Jaqen H’ghar. 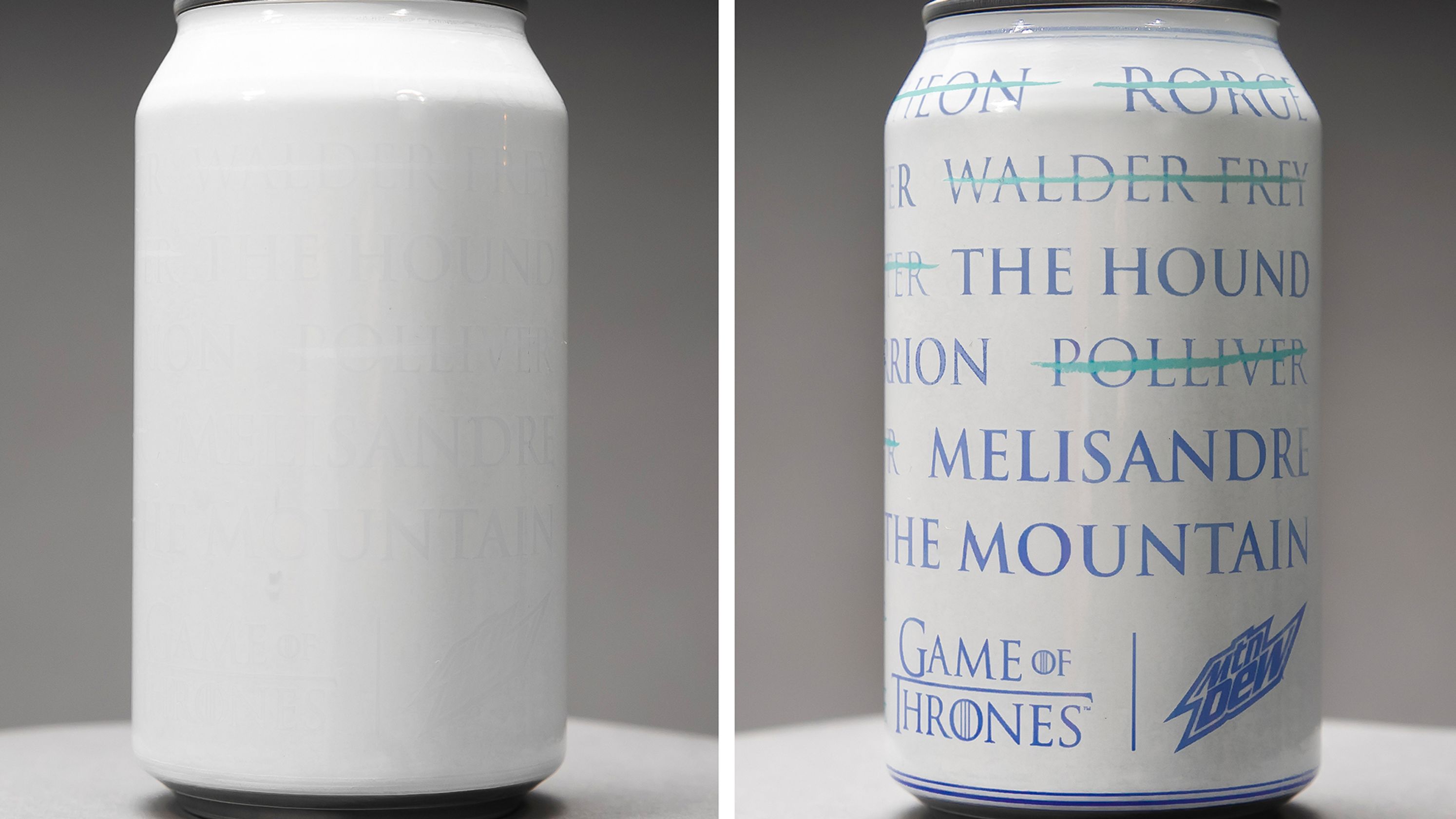 The catch? These cans are devoid of any branding, but only when warm. When winter finally comes (your refrigerator), the cans are chilled revealing both the GOT and Mountain Dew logos underneath a circling list of names. These names are the names that appear on GOT character Arya Stark’s kill list. That’s right, true fans had a chance to sip from the metallic challis of Arya Stark’s teenage malice. What a thrill ride! These collectibles weren’t for any orphaned young warrior however. Enthusiasts had to take to social media and share what they would sacrifice for the throne online. Fans used the hashtags #ACanHasNoName, #ForTheThrone and #MTNDEWsweepstakes on Facebook, Instagram and Twitter.The winners were announced prior to the show’s premiere on April 14th, 2019. In New York and L.A., super fans also got the chance to score the cans by providing the secret password to the “Masters of Coin,” who will then lead them to “Iron Vending Machines” dispensing the Dew. Let's just hope they didn't meet any greyscaled on their ways to the machines. The partnership also included a video reconstructing the opening credits melody with the "dew" of Mountain Dew. Celebrities such as The Chainsmokers, Joel Embiid, A’ja Wilson came on to sing; and Migos performed an originally written piece just for the brand.

Game Of Thrones and Bellagio

Guests of the Bellagio Hotel & Casino in Las Vegas enjoyed yet another magical amenity through the iconic fountain show event. Two weeks before the final season’s slated premiere date, Las Vegas onlookers and solicitors alike received a special gift that would’ve made any Unsullied crack a smile. 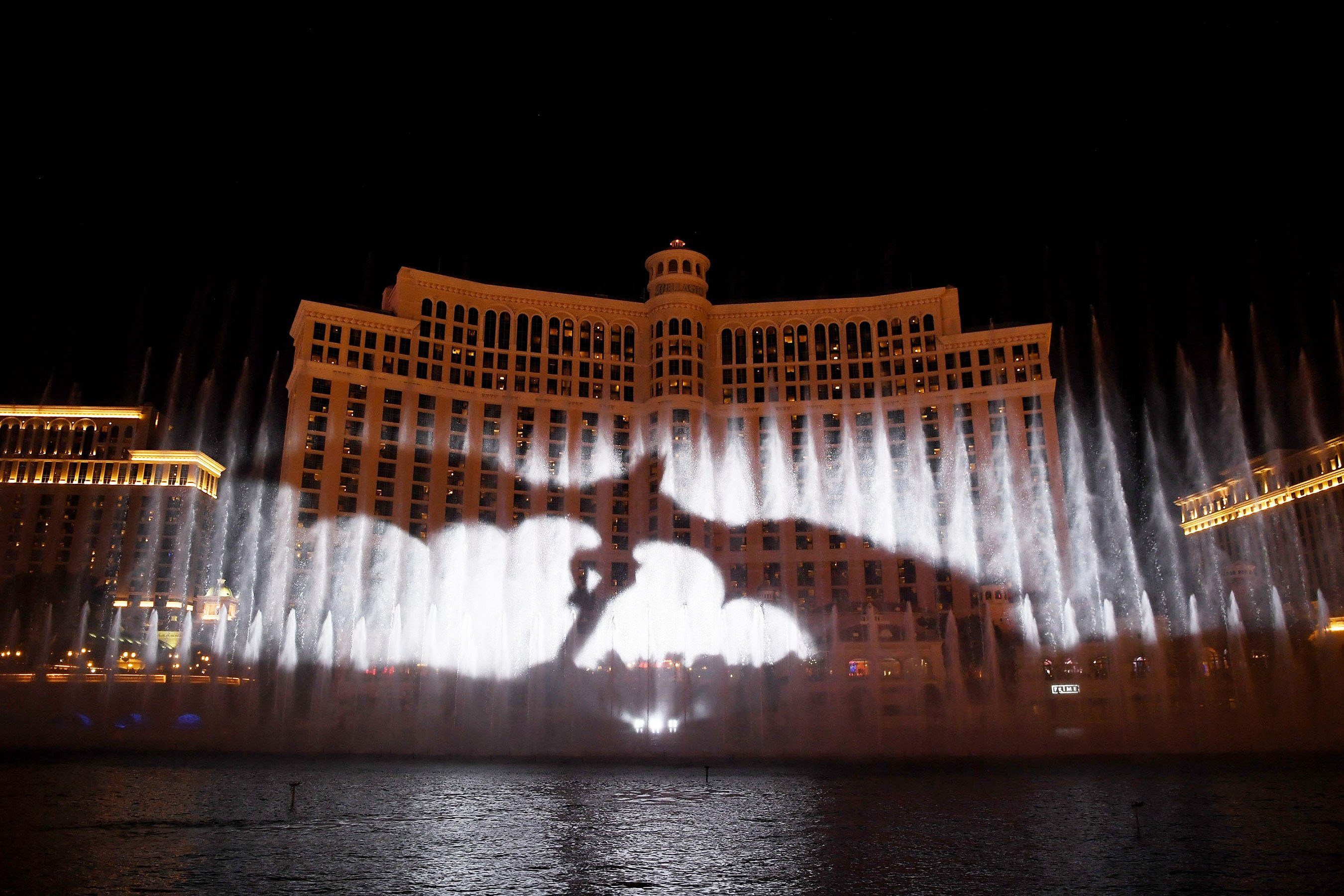 The Bellagio fountains were wonderfully choreographed to the show’s iconic theme song while images of Daenerys’ dragons and The Night King haunted the projection. Key moments throughout the show are brought to life and subsequently ended when the dragons engulf the entire lake in flames.

HBO’s partnership with MGM Resorts is to thank for this immersive production. The fountains original designers, Wet Design, were challenged with transporting the blockbuster past the wall and into the fountain. They succeeded by producing an over 800 fountain, four minute “fire and ice” symphony of branded content. Who Will Take The Throne? (Theoretically)

Want to learn more about effective entertainment marketing strategies being implemented by other brands? Download our free Product Placement 101 book!

After emigrating from the U.K. to the U.S. as a child, Dumisa received his BS in Communications from Lee University. While attending, he received a dozen accolades for excellence in video journalism. He then took his talents abroad; studying British film, theatre, and culture in Cambridge, England. With a keen eye for content culture, Dumisa is determined to elevate storytelling into higher dimensions and empower the visions of the underrepresented through content marketing. When not plotting the next digital renaissance, Dumisa enjoys transcending the LA smog and ascending into the kingdom of anime, a land that brings both relaxation and personal empowerment.