Top Brand Partnerships With James Bond: No Time To Die


Woke Partnerships For A Woke Bond

It’s a new decade people, and even James Bond is feeling it! Said to be the “wokest” of all the franchises, No Time To Die finds Bond married, drinking nonalcoholic beer, driving a part electric Aston Martin, and wearing corduroy. It is safe to say this is not your father’s James Bond, and the film’s promotional partnerships reflect that.

While some kept with tradition, there were some that really shook it up! In this blog, Hollywood Branded takes a look at the top brand partnerships found in James Bond: No Time To Die. 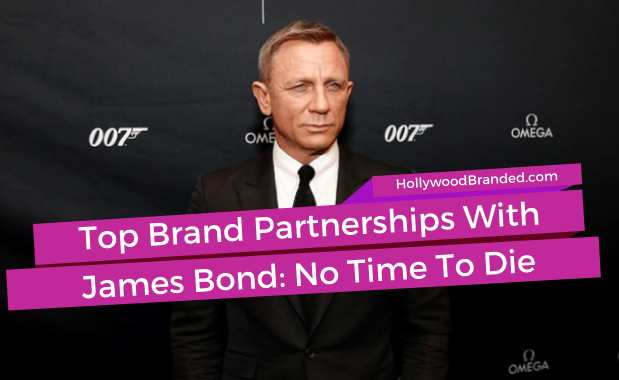 Keeping with tradition here, because is it even a Bond film without Aston Martin? In this latest installment of the franchise, Bond drives four different Aston Martin vehicles (because… Bond.). Unique to this film though is the fact that two of the four luxury vehicles find the special agent going green! Said to be seen throughout the film and in multiple versions of the trailer, Bond drives the hybrid Valhalla as well as an electric Rapid E model.

Here's a nice shot of the Rapid E model charging up.

With a name like No Time To Die, how could OMEGA NOT continue their 25-year partnership with James Bond! Regardless of the title, like Aston Martin, this partnership is pretty set in stone. Since 1995, Bond has worn an OMEGA Seamaster watch, and Daniel Craig’s last installment of the franchise marks no difference.

For this film, OMEGA and Craig worked together to create the Seamaster Diver 300M 007 Edition. Craig being a huge fan of watches himself, played a big role in the design of this watch, according to OMEGA president and CEO, Raynald Aeschlimann. Craig said, “When working with OMEGA, we decided that a lightweight watch would be key for a military man like 007. I also suggested some vintage touches and colors to give the watch a unique edge.” 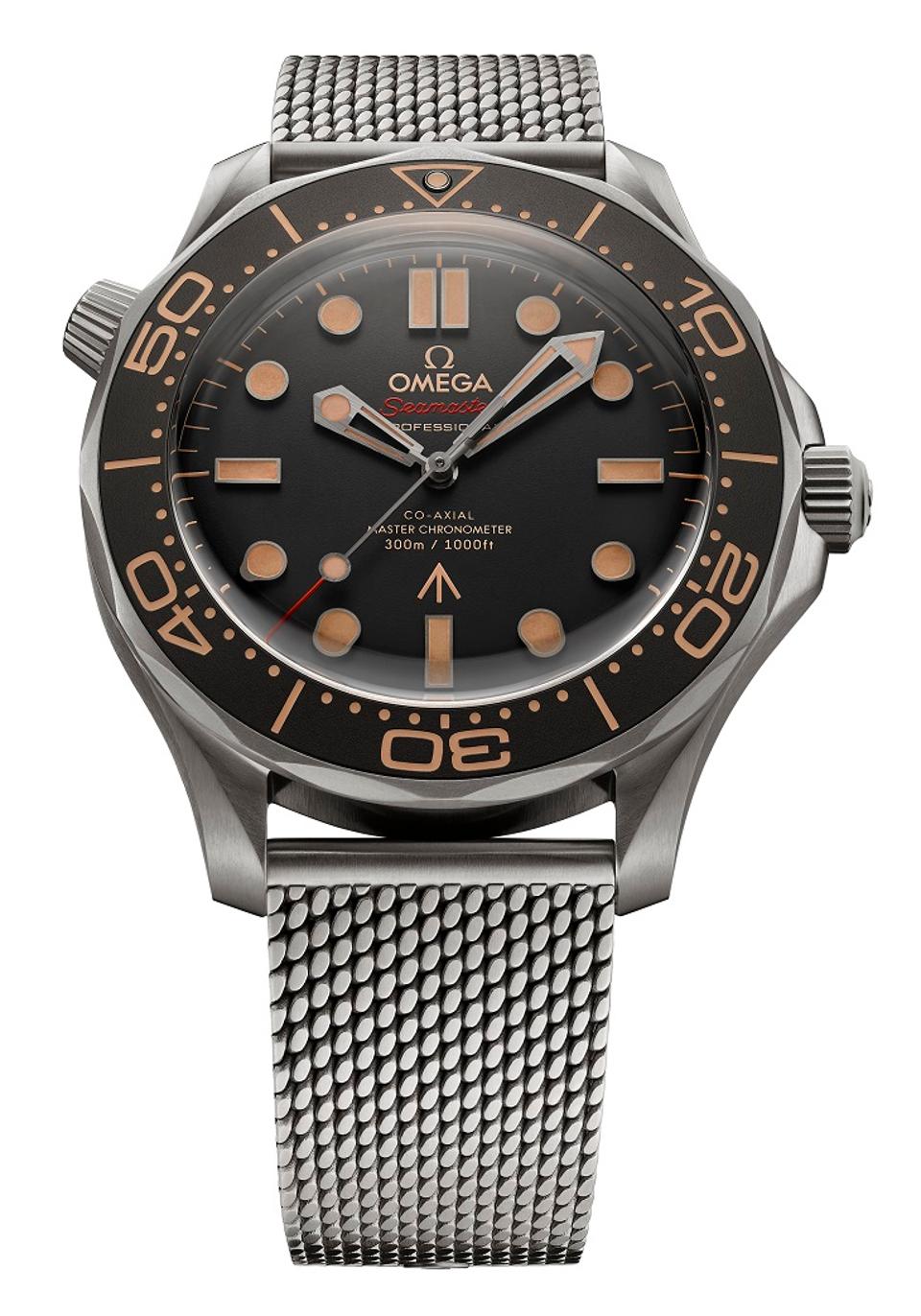 While this model will set you back over $8,000, for the first time it's NOT a limited edition, giving fans enough time to save up!

The watch’s unveiling was given its own all-day presentation (timed with the release of the film’s trailer) that ended in a gala featuring an appearance by Craig himself. 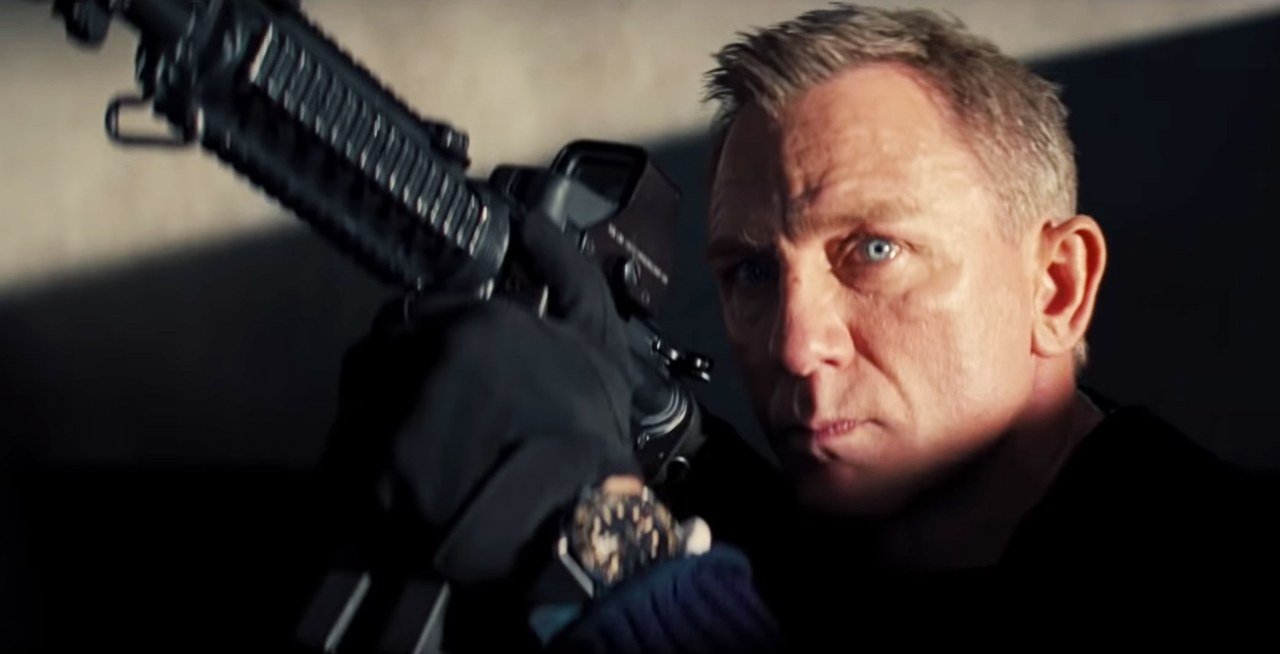 Here’s a quick glimpse of the piece in the latest trailer.

In this latest installment, notoriously marketing-friendly adidas partnered with the film for the first time to create a limited edition version of their Ultraboost 20 sneakers. There is some cool stitching over the toe, but overall the shoe is subtle and classy, much like Bond, in all black with the 007 emblem in gold on the back of the shoe.

The coolest thing about this partnership is that it’s James Bond fan merch that the average fan can actually afford. Bond is known for expensive cars, lavish watches, and luxury suits. Many of these other partnerships find products that come at an extremely steep price so these Ultraboost sneakers are finally a collaboration that all fans can enjoy! 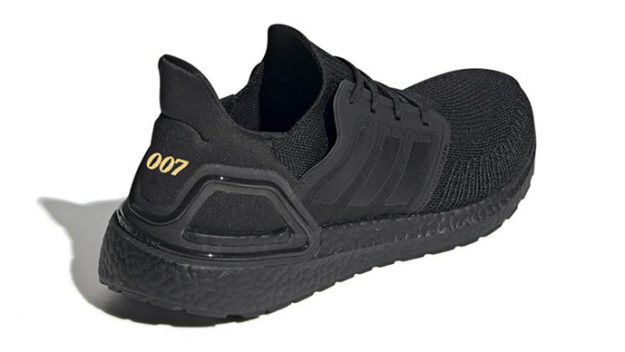 Okay, so this may not happen IN the actual film, but in a promotional spot run in Argentina for Heineken we see Bond forgoing his ‘shaken, not stirred’ martini in favor of a non-alcoholic Heineken. In the spot, 007 is seen at a high-end bar where he’s offered his signature dry martini. Instead of accepting, Bond points to an ice bucket full of Heineken’s ‘0.0’ Non-Alcohol Beer and says, “I’m working.” A fitting closing line as the brand’s tagline is, “Now you can while working.”

The spot however, isn’t loved by all. Many diehard fans argue that drinking something non-alcoholic isn’t on brand for the womanizing action hero known for limitless martinis on the job, but then maybe those fans just aren’t ready for a “woke” 2020 Bond?

Pardon the grainy quality as it’s the best video we could find, but you get the gist!

Continuing to break tradition, in addition to the iconic Aston Martin partnership, the film added a motorcycle to the mix. In December 2019, Triumph Motorcycles announced this partnership with No Time To Die where they will premiere not just one, but TWO of their new models in the film.

The brand specially created the Tiger 900 and the Scrambler 1200 models for the production’s stunt team to use in action sequences. This is not, however, the brand’s first rodeo. You may recognize their logo from Jurassic World, Mission Impossible, and even the 1970 Bond film Diamonds Are Forever. As a result, the brand was prepared for what production needed. No Time To Die’s stunt coordinator, Lee Morrison, told The Motorcyclist, “I have to say that we have literally thrown everything at them. Big craggy sharp rocks, deep boggy mud, high speeds, big jumps, and huge climbs and descents across a variety of conditions. The Tigers really have stood up to the task incredibly well, with no mechanical issues, and to me this really proves their go-anywhere credentials.” 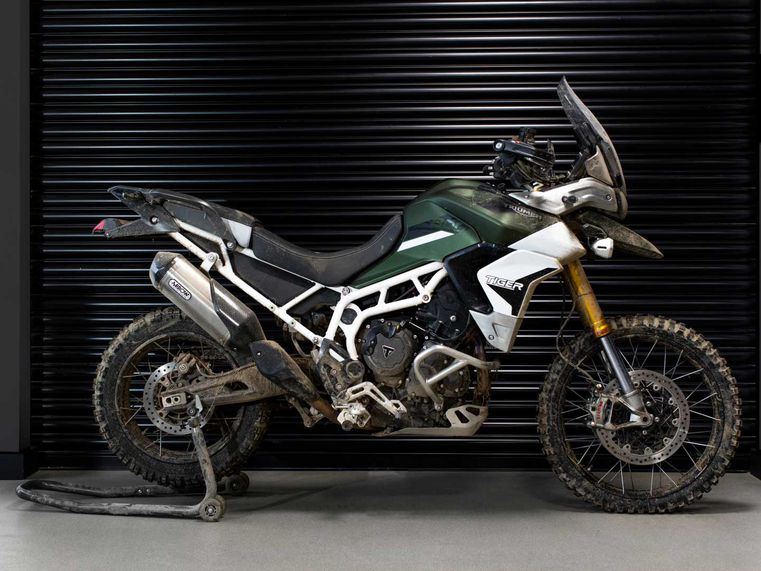 Seemingly the more adventurous of the two, Triumph’s website describes the Tiger 900 as, “An all-new aggressive attitude and style, a more powerful 900cc triple engine, state-of-the-art technology and an incredible standard of specification delivers a new benchmark for Adventure motorcycles.” 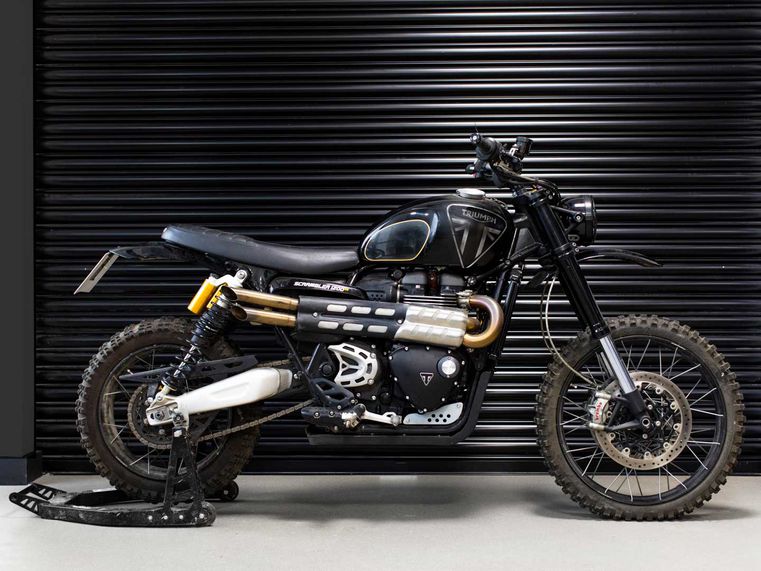 According to Triumph’s site, The Scrambler 1200 is, “a major step forward for Triumph’s incredible custom classic offering that brings class-leading performance, equipment and technology specifications to a new motorbike range, designed and built for all-road and off-road adventures too.”

With the Tiger 900 coming in at $12,500 and the Scrambler 1200 coming in at $14,000, these bad boys are not cheap toys. However, for those looking to emulate Mr. Bond, they’re certainly easier to afford than an Aston Martin!

As A Brand, Is It Worth It?

Yes. With brand partnerships that truly run the gamut, there is No Time to sleep on these marketing strategies. With a fanbase that hits all genders and all ages, James Bond is a franchise that continuously proves to be a marketing success. It is because of its mass appeal that it can partner with such a variety of brands at such a variety of price points. If you’re lucky enough to be accepted into the Bond family, accept!

More Where That Came From?

If you found this blog intriguing, we have lots more you to dig into! Check out the below.

What many may not assume is that a lot of these partnerships stem from product placement. The brands are organically featured within the content and a partnership is built around that. Check out Product Placement 101 to learn how your brand can make it into content too!