Ironically enough, it seems that celebrity’s fast-food campaigns have become the new ‘Got Milk’ campaign. Rising in popularity after Michael Jordan’s stellar McDonald’s campaign in 1992, this type of partnership kind of took a dip due to the strain it put on many of these QSR’s. Most partnerships were marked by custom meals that cost the chains millions of dollars to implement quickly and efficiently.

However, in recent years we’ve seen an uptick again as America’s favorite restaurants have figured out new ways of bringing these partnerships and new benefits (app downloads and merch collaborations) to life. In this blog, Hollywood Branded takes a look at some of our top fast-food celebrity partnerships.

A match made in Canadian heaven! Always proud of his heritage, Bieber has been a very outspoken fan of Tim Hortons, home of Canada’s favorite coffee, according to their website at least. The chain partnered with Bieber in November 2021. It consisted of three new flavors of Timbits (similar to munchkins or donut holes), which they called Timbiebs. These flavors were specially developed by Bieber and Hortons’ Director of Culinary Innovation, Chef Tallis Voakes. It also included a limited edition co-branded merch lineup that featured items like a beanie, fanny pack, and tote bag. Some of which will be autographed by Bieber and auctioned off to support Tim Hortons Foundation Camps. And finally, the campaign included the chance to win a trip to see Justin Bieber live at his upcoming show. 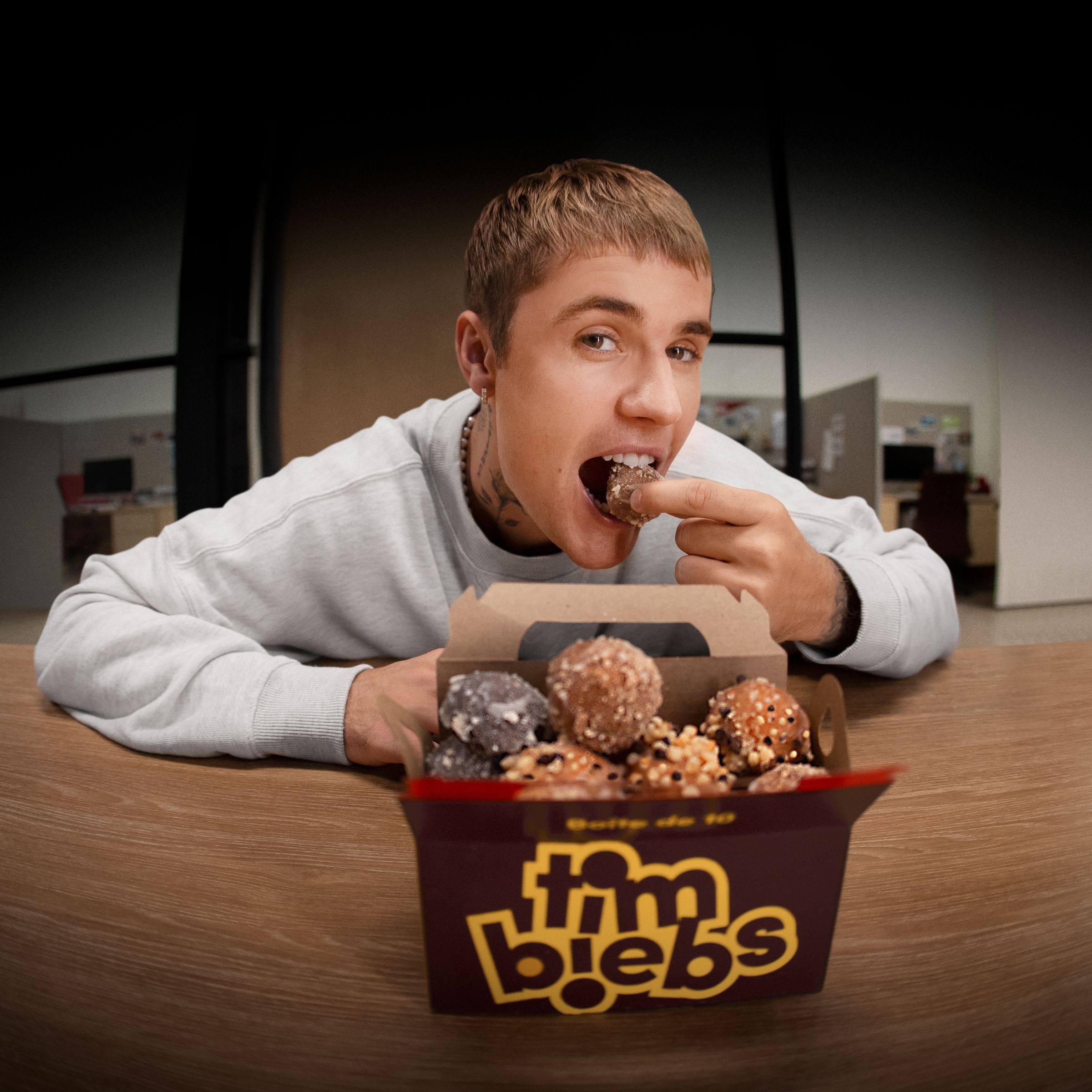 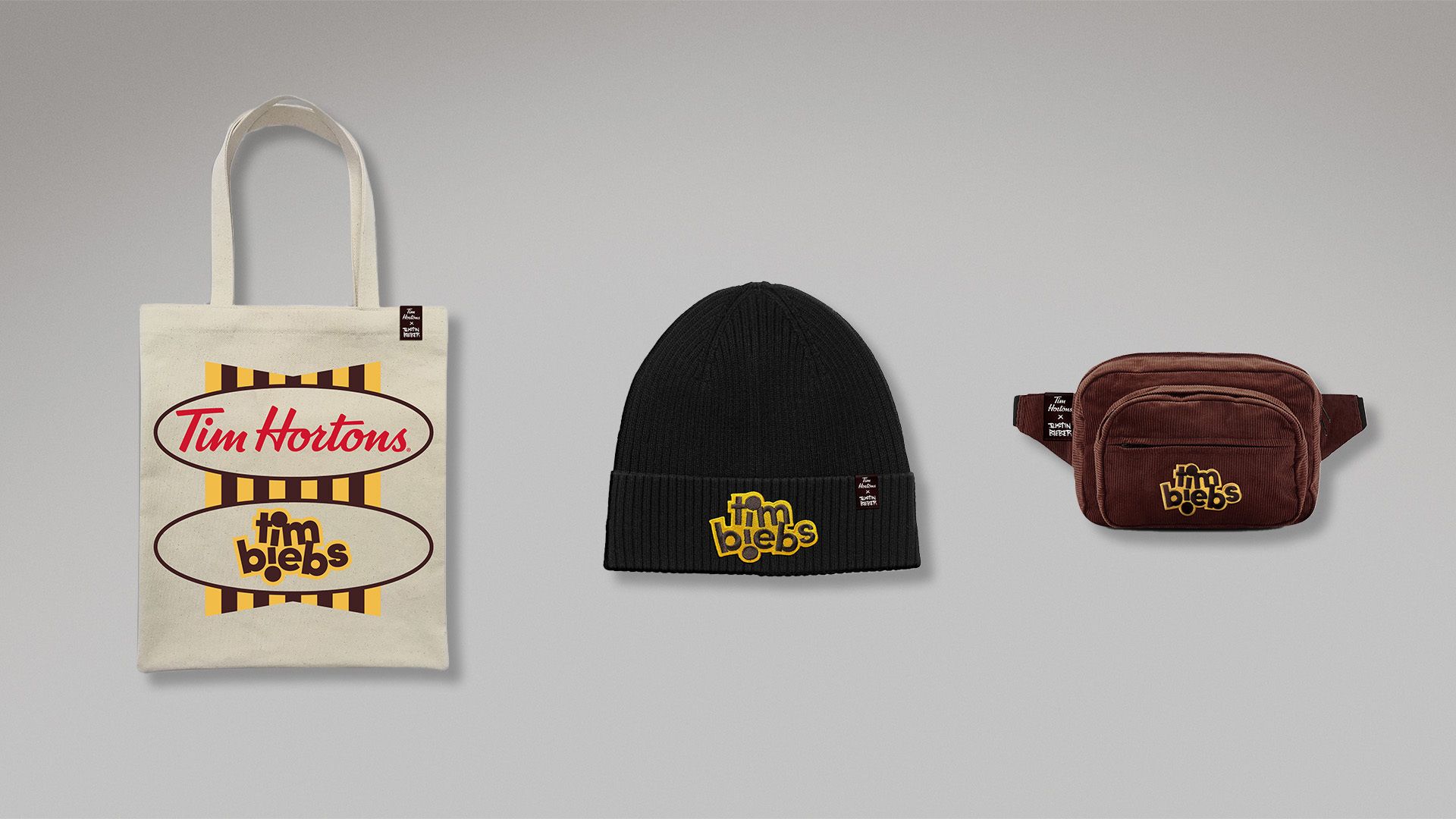 We love this campaign because of its authenticity. For years, Bieber has Tweeted about his love for the brand so it’s exciting to see this finally come to life in an official capacity. The Tim Hortons team agree. Hope Bagozzi, their Chief Marketing Officer, said, “What’s amazing about working with Justin is he has an authentic, lifelong relationship with Tims and he was so invested in working on Timbiebs… He knows exactly what our guests already love about the Tims brand and he’s helping us deliver new menu innovations that we know they’re going to love.”

In September 2020, Travis Scott really brought back the excitement (at least for me!) for fast-food celebrity partnerships. The relationship was everything it needed to be. It was fairly easy for the restaurants to activate. Instead of creating a custom meal, the chain “created” the Travis Scott meal, which was simply a Quarter Pounder burger topped with two slices of cheese and bacon with fries and a Sprite. It’s a meal you could always get there, in fact, it was the McDonald’s meal that Travis grew up on, hence where the moniker came from. Because this didn’t require the chain to stock up all of their locations with new ingredients and educate staff on a new meal, this element was fairly painless.

It was also cool. In addition to the meal, the partnership also featured a really unique capsule collaboration with Scott’s brand, Cactus Jack. The merch, which was made up of all sorts of things from apparel to posters to full-size cutouts. It was also quick and temporary, which now in this post-Astroworld tragedy world, McDonald’s is ever grateful for. Because the partnership was for a short period of time, they don’t have to worry about being associated with his persona. To go even deeper into this deal, check out this blog.

In October 2021, the partnership officially launched with the Hottie Sauce spicing up Popeyes’ iconic Chicken Sandwich, a sandwich that hasn’t been tweaked since its inception. Similar to Bieber’s Tim Horton’s creation, Megan worked with Popeyes culinary team to create this sauce, ensuring that it a. passed her taste test, but also b. fit her personality – according to the brand, the sauce is the perfect combo of sweet and spicy. Fans of the QSR were encouraged to try out this new addition to the sandwich by securing an additional 100 points when they order it – inspiring Popeyes app downloads, which is HUGE in this space right now.

The Popeyes x Megan Thee Stallion merch, referred to as Thee Heat, included a cluster of products – chicken-themed dog toys, tumblers, bikinis, and more. And of course, being a Popeyes Rewards member garnered you early access to the limited-edition collaboration. Again #appdownloads! 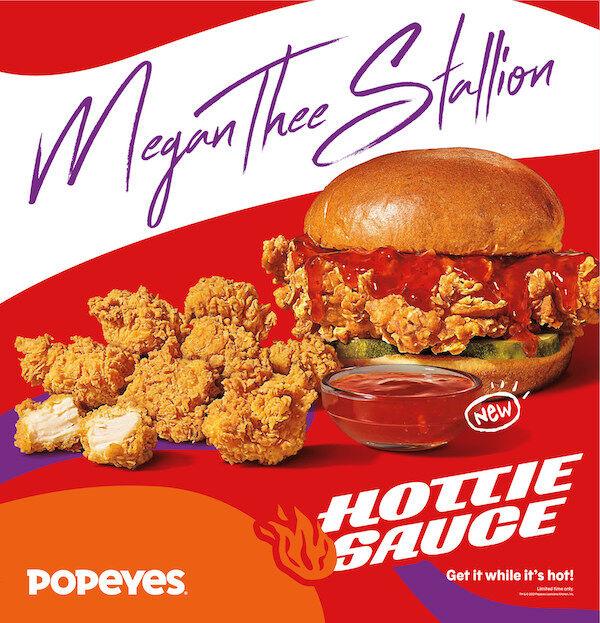 Then Similar to what Shaq did with Papa John’s, Megan also signed a franchise development agreement with Popeyes where the rapper will open up to five restaurants. The chain’s President, Sami Siddiqui said, “She wants to get in there. She’s a very hands-on person and wants to put her mark all over these restaurants.” She’s heavily invested which adds interest as a consumer.

These multifaceted partnerships all have a few key things in common. For starters, they all include co-branded merch. Fast food is just that—it’s fast. The experience comes and goes quick so having merch associated with these deals offers longevity to the campaign. It gives fans something to hold onto and save.

They also are all extremely authentic partnerships. All of these artists were fans of the chains before any money was on the table so fans really believed in the campaign. It was something they could relate to—everyone has a favorite fast-food chain with their go-to meal.

It’s also extremely approachable. This isn’t a $300 concert ticket. It’s a $10 value meal that provides that connection to the artist without the crazy price tag. These campaigns are incredibly lucrative, drum up a ton of press, and provide fans obtainable access to their favorite stars. Whether your waistline likes it or not, these partnerships are here to stay.

Be sure to check out these other blogs below to learn more about marketing and similar partnerships!

Want to learn more about how to get your brand involved in entertainment marketing? Check out some pricing guidelines below to see if this is a fit for your brand: