Campaigns That Make You Do A Double Take

Social platforms such as Instagram and Facebook have opened a whole new world of advertising to the many brands that thrive on endorsements. Where as celebrity endorsements was once seen as ‘selling out’, they are now so common that you can practically find them on any celebrity’s feed.

Even though we see celebrity endorsements on a daily basis, some advertisers might think that they are becoming less effective. As a result, some brands are trying to stand out by pairing with surprising celebrities. In this blog, takes a look at a few of our favorite unexpected celebrity endorsements that made a big impact on the brands they endorsed. 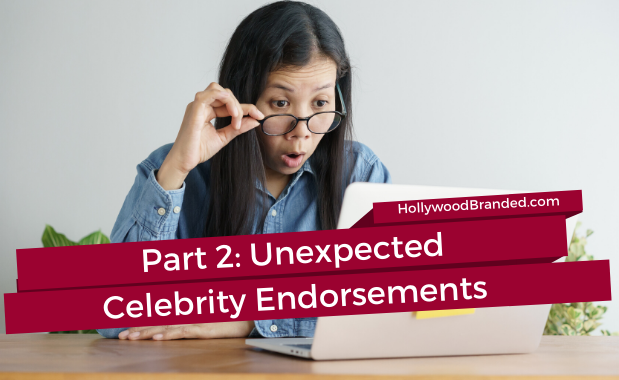 Now that’s two things that people don’t usually associate with one another! In fact, you might find it difficult (if not impossible) to find two categories that are more different. But Andy Puzder, the then CEO of fast food restaurant chain Carl's Jr., saw this unlikely association as an opportunity to gain exposure, however unorthodox, for the brand.

In 2005, Carl’s Jr. released a 30 second ad campaign showcasing heiress and supermodel Paris Hilton washing a car in her bathing suit…whilst also eating a Spicy BBQ Six Dollar Burger. The ad ran across several major networks during sports events and popular shows such as The Apprentice and Desperate Housewives. It garnered an incredible amount of attention from the public but also, due to the suggestive nature of the ad, a whole lot of controversy. 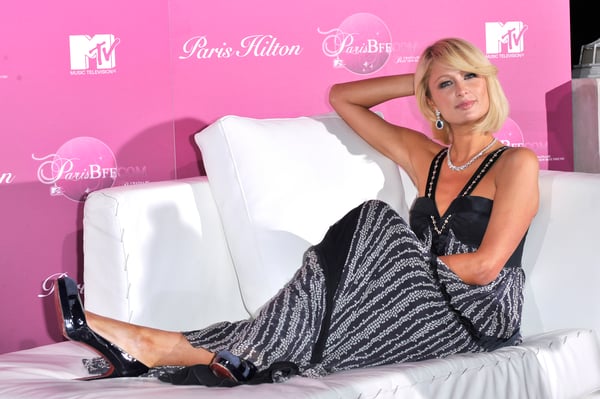 Carl’s Jr. later released a one-minute version of the same ad onto a special website dedicated to just hosting the video. Little did they know just how popular the ad had become, and the influx of viewers caused the website to crash shortly after. Partnering with a supermodel is most definitely common for many brands particularly in the fashion and cosmetic industry. But with fast food? That’s unheard of. Other fast food chains (including Carl’s Jr.) tried to replicate the success of ‘Spicy Paris’ but no one ever came close to Carl’s Jr.’s original success.

If you’ve ever been to Target, Walmart, or really any retailer or drug store, you’ve probably seen at least some of the thousands of toothpaste brands each with fun licensed content on its packaging to appeal to the younger generation. You might have seen Spider-Man, Star Wars, and Winnie the Pooh gracing the face of the toothpaste tubes and you wouldn’t even bat an eye because of how natural it feels. But seeing the Olson twins there just might make catch your attention.

Understanding that the packaging’s main goal is to attract and appeal to children, it might make sense to see a Mary Kate and Ashley Olson design especially if it were 2003. Aquafresh’s first venture into celebrity endorsements tried to capitalize on the twin’s popularity among youngsters at the time which is why the images featured on the packaging showcase the twins at age 13 even though they were turning 18 when the product was released. 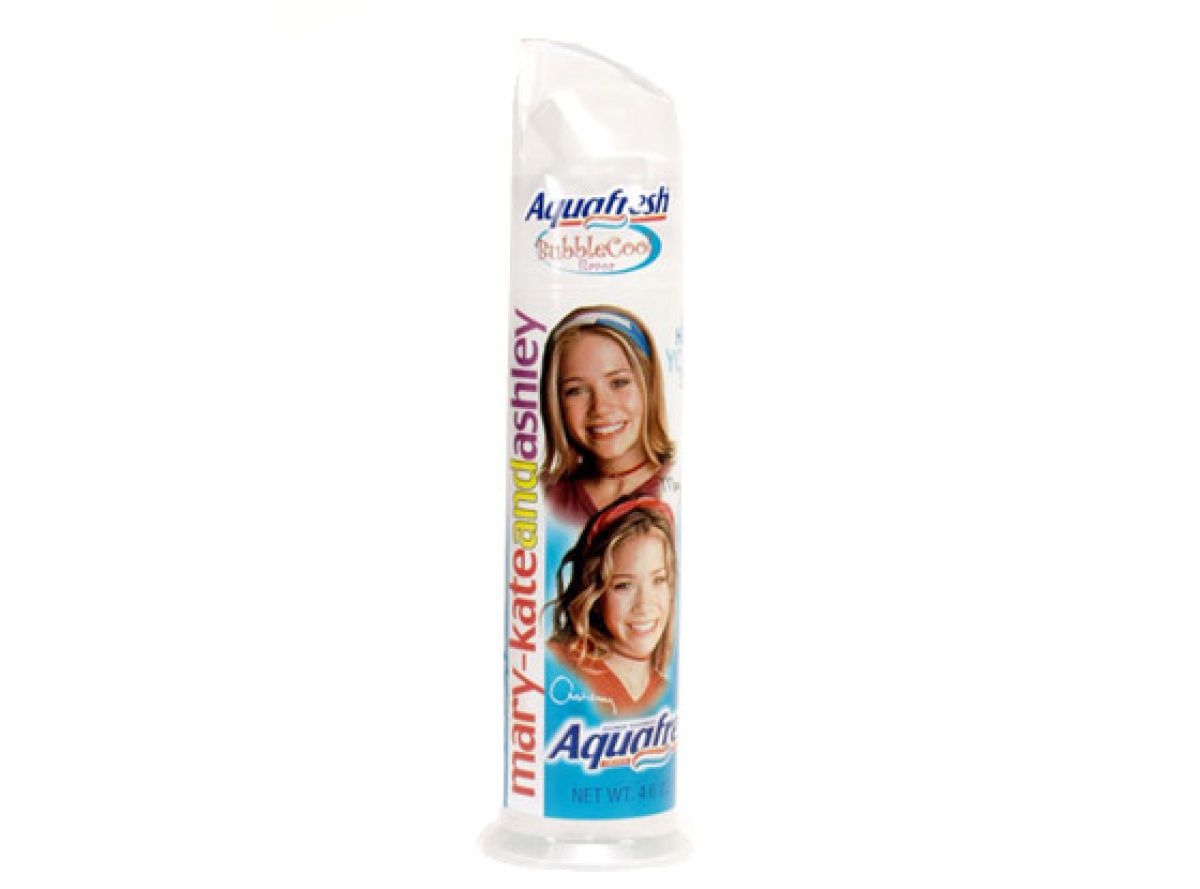 While they aren’t as prominent in the public light in 2019, they were at one point arguably the biggest names in entertainment. In addition to dental hygiene products, the twins were involved in a slew of licensed merchandise that included bedroom furniture, party suppliers, and even a console video game titled Mary-Kate and Ashley: Magical Mystery Mall.

We don’t see Mary-Kate and Ashley toothpaste around anymore (or any celebrity toothpaste packaging designs for that matter), so I suppose there’s a reason why toothpaste brands usually always use animated characters to attract the younger demographic.

Knocking Out Opponents and Cockroaches

When thinking of the greatest athletes of all time, many people would say Michael Jordan, Babe Ruth, and of course, Muhammad Ali. In his prime, Ali was one of the most prolific heavyweight boxers and even sportsman of all time, even if you didn’t watch or follow professional boxing, you would be familiar with the name Muhammad Ali. In the eyes of many brands, a celebrity as famous and influential as Ali was a goldmine in terms of positive brand endorsements and exposure, and to Ali, a stream of revenue.

Unfortunately, Ali never managed to successfully partner with brands the way Michael Jordan has done with Nike, even though he has done plenty of endorsements for a variety of brands. However, the strangest partnership that Ali did was probably with d-CON roach traps in 1979 in the form of a short television ad. An extremely unique and unexpected combination to be sure but by that time Ali was not the golden superstar he once was and only five years before he publicly announced that he had Parkinson’s. Considering that during those times a celebrity endorsement was generally viewed in a negative light as they seemed to be ‘selling out’, Ali took a big risk to his reputation in doing this endorsement.

d-CON probably didn’t know if they would even be successful when partnering with Ali, but the bizarre choice of partnership paid off spectacularly as the ad is still viewed to this day over 40 years ago. The popularity of the ad can be attributed in part to the draw of seeing a former professional boxer endorse a cockroach trap. The repeat viewing and sharing of the ad across platforms, such as YouTube, has allowed the brand to remain prominently in the public eye.

The gaming console wars has been going on for years now and has been known to divide even the closest of friends. PlayStation or X-Box? Nintendo DS or Gameboy? PSP or Wii? It’s a decision that shouldn’t be taken lightly…so how do these competitors stand out from the rest? Become memorable!

That was probably the mindset for the people over at Nintendo when they decided to cast academy award winner Penelope Cruz in their 2012 TV ad for the 3DS XL and New Super Mario Bros. 2. The ad surprised audiences because the paring subverted expectations of who would usually appear in a gaming ad. Cruz had no relations to the gaming company before the ad so it’s understandable that people were confused. Yet the surprising nature of the partnership was a powerful tool in making the ad memorable. The ad even featured a striking shot of Cruz dressed up as the Italian plumber, Mario. An image that is still popular to this day and no doubt further ingrained the Nintendo brand into the minds of consumers.

Advertisements and endorsements have become so common that all forms of media, from social media to billboards to feature films, have become saturated with it. So how can brands stand out? Well, one way is to surprise the audience, as the four brands mentioned above were able to do. Their partnerships with unexpected celebrities made their ads so much more memorable and still watchable years after. The publicity they gained, whether positive or negative, was nonetheless still exposure for their brand so you can bet that those four brands aren’t regretting their decision.

Take a look at these other blogs to learn more about celebrity endorsements!

Don't take the risk of making a mistake with your brand! Take a look at the link below to learn all about marketing mistakes and how to avoid them.