What Brands Can Learn From We're Not Really Strangers

The game has created a movement by utilizing the power of conversation, and it has been incredibly advantageous for sales. In this blog, Hollywood Branded discusses what brands can learn from the card game We’re Not Really Strangers.

You might be surprised to learn that the point of the We’re Not Really Strangers game is not to win. Kind of metaphorical, right? The popular card game was created by Koreen, who is a model and artist based in Los Angeles. As a photojournalist, her camera was the perfect excuse to talk to anyone about anything. Koreen created the game with the intention of provoking meaningful conversations with others. We're Not Really Strangers is broken down into three levels: perception, connection, and reflection. Perception consists of questions that ask about what one player thinks about the other, like “What was your first impression of me?". Next, the connection level has players unlock their emotions more deeply with questions about themselves, such as "What is your most defining characteristic?". The last level is reflection. These questions are designed to be open-ended in order to spark dialogue. "Is there anyone who has changed your life and doesn't know it” and “What can I grow from and how?” are examples of questions asked at this level. The final card prompts players to write each other a hand-written note that is read after the game has concluded. The company has also introduced several expansion sets that feature a multitude of different topics such as privilege, love, and dating.

With mental health being a core topic during the past year-plus of lockdown, WNRS has built a business around its brand presence. In their online shop there are cell phone cases, hoodies, pants, shirts, greeting cards, breakup and self-reflection kits, and even an “emotional hotline” service, where We're Not Really Strangers sends a daily text (SMS) message for $1.99 a month. These items are advertisements in themselves, though subtle and stylish. 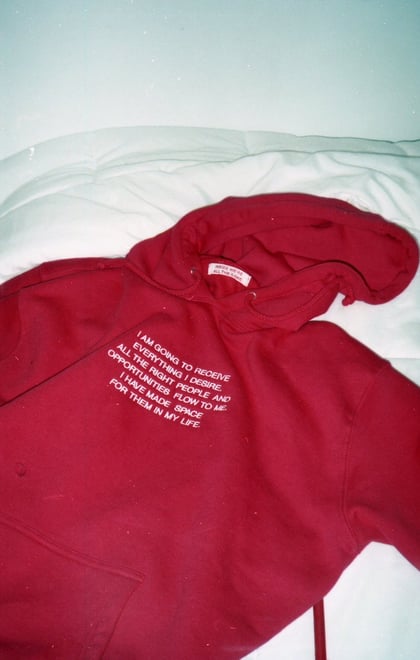 The We're Not Really Strangers enterprise strays from the norm with their nontraditional marketing efforts. The company’s social media accounts rarely feature updates on the game itself. Digital VIP Jessica Potts takes on a more meaningful marketing approach by focusing on value rather than products. We're Not Really Strangers distributes content that reflects the game’s core value: conversation. The concept of conversation is meant to ultimately inspire an even deeper value, connection.

We're Not Really Strangers' content is focused on wellness and mental health, often by referencing questions and statements found on the cards. Their social media content is very cheap to produce but nonetheless effective. This unique marketing approach had led We're Not Really Strangers to acquire quite a substantial following for itself on TikTok and Instagram, where the company has 3.7 million followers. This growth occurred at an accelerated rate, aided by a pandemic where we needed games/entertainment and words of encouragement more than ever. One of my favorite social media posts by We're Not Really Strangers showcases a freeway overpass with a huge red banner that reads “loving them shouldn’t hurt you”. Though simple, the message pacts an undeniable punch. A common video structure utilized by the media team showcases an individual using their finger to scribble a message onto a steamed window. Content from We're Not Really Strangers strikes a fine balance between planned and spontaneous content.

The authenticity of the game has an alluring appeal, even to luxury brands like Valentino, Coach, and Diane von Furstenberg. US fashion brand, Coach, was the first luxury name to collaborate with We're Not Really Strangers. In April 2020, Coach and We're Not Really Strangers shared social posts with messages inscribed on painted Manhattan billboards as a reminder of the importance of connection while social distancing. Valentino partnered with We're Not Really Strangers in January of this year to create billboards and street signs that shared words of empathy, individuality, and positivity. Most recently, in March, Diane von Furstenberg and the card game collaborated on an Instagram Live conversation. The duo also produced a new expansion deck of the game paired with the designer’s new book, Own It: The Secret to Life. The connection of We're Not Really Strangers to luxury fashion was unplanned. Founder Koreen says the one thing she intends on doing with everything she creates is to empower meaningful connections. Fashion was not an intended vehicle for accomplishing this, though it worked out to do so seamlessly.

We're Not Really Strangers marks a distinct shift in the characteristics that attract luxury brand partnerships. Brands of this caliber typically focus on recognizable celebrities or conventionally attractive influencers. We're Not Really Strangers has illustrated that the direction of the future is prioritizing credibility over someone who has managed to curate an aesthetic. The pandemic year 2020 saw the emergence of a new kind of brand culture, with an emphasis on deeper and more meaningful connections with consumers. This is why brands are now seeking out figures who have come to power by displaying values that align with theirs. Marketing traditionally relied on the repetition of a message to as many target consumers as possible. Today, marketing is about defining the right reach and route to engagement. Nothing can beat a community, especially on social media.

We're Not Really Strangers amazingly manages to offer a variety of content that differs between platforms. The inspiring graphics on Instagram differ from the raw videos shown on Tiktok which differ from the honest words available in the text service. The minimalistic designs are timeless and effective. There is a gap in social media when it comes to content that provokes deeper contemplation, and We're Not Really Strangers fills that gap. The viral card game is pioneering a movement that focuses more on introspection than outward appearance. This is a much-needed direction for social media, evidenced by emerging self-image issues from younger generations. Other brands can learn that by focusing on impact rather than product, your company can reach great heights.

Our site has numerous resources to accelerate your brand to the next level, just like We're Not Really Strangers. If you want to hear about more brands following a similar trajectory, check out the blogs below!

To learn some must-know marketing information, subscribe to our podcast, "Marketing Mistakes (and How to Avoid Them)!