And It's For The Right Reasons For Brands Too

Similar to the mass exodus of the Israelites in the 8th century, influencers and brand marketers are fleeing from Snapchat at massive rates to set up civilization on Instagram.  And that world is absolutely ripe with opportunities.

Why? Well, let’s just say that Snapchat hasn’t been as friendly towards influencers over the past few years.  And that's big news for brand partnership deals.  In this blog, Hollywood Branded explores three reasons of why influencers are leaving Snapchat for Instagram. 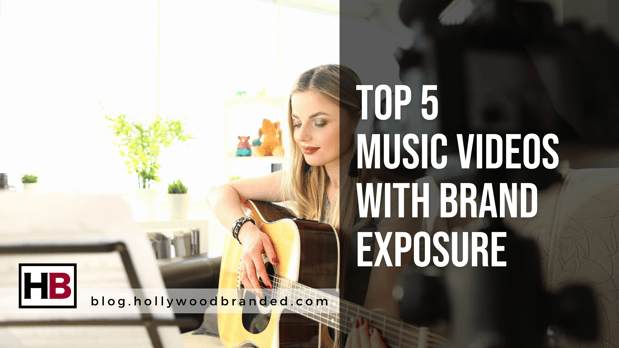 The Most Popular Influencer Platforms

According to a 2018 study put out by influencer marketing company Activate, Instagram and blogs are the two most used social channels for influencer marketing partnerships. In the middle were Facebook, Twitter and Pinterest and coming in last were Snapchat and YouTube. Snapchat and YouTube have experienced a drastic decline in usage over the past year. In fact, 86% of brand marketers and 89% of influencers reported that they are using Snapchat less this year for any influencer partnerships.

With a product that allows followers to be so up close and personal with influencers, why is it that influencers aren’t using Snapchat anymore? The best answer to this question is Instagram. Instagram has caused influencers to leave all of the other social media platforms to set up shop on Instagram for all influencer-branded content.

Read on for three reasons of why Instagram is better for influencer marketing than Snapchat as well as all of the other social media platforms out there.

In today’s world, it’s very hard for a brand to grow its business without data. This is no different in the influencer space; influencers are a business in and of themselves. In order to grow their follower base and make sure that they’re creating content that keeps their follower base engaged, they need access to their data.

Snapchat has been extremely slow on this in comparison to Instagram. Instagram provides its influencers with many data points like total story views, daily reach, engagement metrics, audience metrics, etc. Snapchat's failure to support influencers with data  has ultimately come to bite them in the butt, as influencers have found greater success in building and maintaining their audience base on Instagram.

So, for an influencer whose main goal is to grow their audience base so that they can be even more valuable for brands, Instagram is undoubtedly the better platform just because there are way more people for them to appeal to.

Another key factor that comes with Instagram’s larger user base is the ease at which users can discover other accounts. Instagram’s discover page, along with the ability to hashtag and geolocate, provides influencers with a great opportunity for organic discovery. Instead, in order for an influencer to build his or her follower base on Snapchat, he or she would have to promote their account on other platforms. This is a bit counter intuitive making Instagram the obviously better choice.

On the other hand, 54% of Instagram’s users are over the age of 34 years old and 46% between the ages of 18 and 34. Instagram's demographical spread is more even making this platform even more enticing for influencers. Not to mention, nearly half of Snapchat’s users are also on Instagram -- meaning that an influencer will be able to reach many of the same people on Instagram as they would on Snapchat, as well as new people that aren’t on Snapchat at all.

Looking To The Future

In order to keep up with Instagram, Snapchat is going to have to figure out a way to better cater to influencers because the power of influencer & brand partnerships isn’t going anywhere anytime soon. This is too big of an opportunity for Snapchat to let time pass them by. Remember, influencers are nothing without the people so they will go wherever the people take them. Right now, Instagram seems to be winning that battle.