MCU and Earth: One and the Same

The iconic skyscrapers of New York set the scene. Fans watched on as famous buildings in the Big Apple came crashing down in the massive fight against Loki’s ruthless Chitauri army. In the final battle scene of The Avengers, the Marvel creators made sure that the New York City landscape stayed recognizable to viewers. These heroes may be super, but they still live in the human world.

However, this is also the start of the ten-year-long quilt that the Marvel creators will soon weave, linking the human world to the Marvel Cinematic Universe. In this first movie of the twenty-three film series, the glistening Stark Tower placed in the New York City skyline serves as Marvel's sewing needle, paving the path for a plethora of brand integrations to come. In this blog, Hollywood branded presents a timeline of Marvel's top brand marketing partnerships. 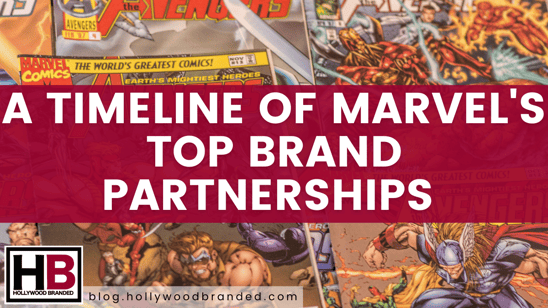 As seen from the very first Avengers film, Marvel clearly doesn’t use normal marketing strategies. Their end goal isn’t to integrate brands into the MCU for a monetary purpose. Instead, they strive to integrate the MCU into the modern world via brand placement. By taking human brands and bringing them into a super-human universe, we begin to see ourselves in these characters. We notice that in certain ways, such as through the cars we drive and the sodas we drink, we can live a more similar lifestyle to the heroes we watch on the big screen. In a small way, we can become super.

Now closing out their tenth year of Box Office success, the Marvel creators have successfully both drawn audiences in and pushed their MCU brand out into the world. With Avengers: Endgame, the finale to Marvels’ fourth phase, having just recently erupted into theaters, Disney’s Marvel has been crushing it in the box office, bringing in over $2.79 billion in only 24 days.

This isn’t for lack of trying. For ten years the Marvel creators have worked with brands such as Audi and Harley Davidson, as well as revolutionizing their own marketing strategies, in order to integrate the MCU into people’s daily lives.

Let's Start At The Beginning

We always need to know the origin. Whether it be gamma rays, super serum, or just some really intense weight-lifting, each character in the MCU starts off as a human. That being said, before hitting the theaters with a film like The Avengers, both Iron Man and Captain America were introduced.

A vital part of film-making, in the form of giving characters a clear need and want, was completed in these origin story films, as even the mightiest of characters, such as Captain America, was exposed as being partial to human foibles. We discover that Iron Man loves cheeseburgers and that Captain America was once a scrawny little soldier with brains but no brawn. These characters show us skill and charisma on screen, but they are also now relatable enough to catch a coffee with. By this point in time, the Marvel culture was becoming a staple of society that everybody wanted to be a part of.

The first Avengers film had hit theaters and the world had taken notice. Marvel was on a roll, and it wasn’t long until they took off running towards finishing their storyline. 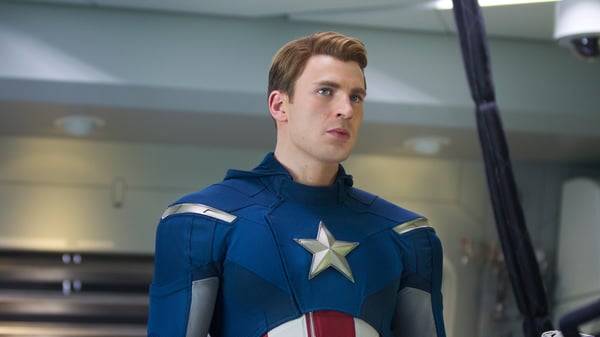 Only a few years later, Marvel was in a full sprint towards Avengers: Endgame. The third phase of the MCU was starting, and while still far off, the Endgame light at the end of the tunnel had begun to flicker. Favorite characters including Iron Man and Captain America were running through their film contracts quickly, and their emotional issues were efficiently being drawn out in films such as Captain America: Civil War. Brands such as Audi, Harley-Davidson, and MSNBC make appearances in the film, continuing to show that while superheroes have powers, mortal vehicles such as cars and motorcycles are still necessary to get them where they need to go.

At this time, the Marvel fan base was deep and wide, and was happily scooping up as much Marvel content as they could get their hands on. This need was in part fulfilled by the Coca-Cola sponsored fireside videos, depicting hour-long glimpses into the various characters' homes. These videos didn’t show beautiful, unimaginable landscapes such as the Wakandan forests or the waters of Asgard. Instead, the videos focused in on Thor’s den and Tony Stark’s New York apartment. These are the places that the characters go to read a book and drink a coffee. And they’re eerily similar to various spots in our own homes. These characters are super, but they are also human.

Keep reading to learn more about the top 3 brand partnerships with Marvel over the years!

In one of their longer-running partnerships, Audi became the official car of the Avengers team. Making cameos in 7 of the 22 Marvel films, Audi has slowly become a Marvel character of its own. The car brand (and, more specifically, the Audi R8,) has been featured in every single film in which Iron Man (played by Robert Downey, Jr.) has made a cameo. It's fitting that everyone's favorite billionaire, playboy, philanthropist would have a car as luxurious as he is! As though integration wasn't enough, Audi has put on a myriad of fan events to promote the upcoming films, and has also created short films showcasing the cars and starring Marvel fan favorites.

In a 2018 Superbowl ad, Marvel killed two birds with one stone by both promoting the upcoming Ant-Man film while also cementing in a sturdy partnership with Coca-Cola. The TV-spot, starring Mark Ruffalo as Bruce Banner/The Hulk and Paul Rudd as Scott Lang/Ant-Man, showcased the newest addition to the Coke brand - Coca Cola mini. The ad followed Ant-Man and The Hulk through the streets of New York as they fought it out for the last can of Coke and ultimately shared it - further cementing Coke's mission to "share a Coke" with everyone. Take a look at the ad spot below!

In another car partnership for Marvel, The Guardians of the Galaxy partnered with Ford to create some hilarious (and cute!) TV spots starring Baby Groot. The ads, featuring the Ford Ecosport, cemented Ford as the "official" car company for the Guardians - which created speculation as to whether or not Star-Lord and his team would be making their way to Earth in the next film. Along with the ads, Ford worked with Marvel to create one-of-a-kind fan experiences, where fans could enter to win a chance to be drawn into a Marvel comic book scene by Marvel artists! They also helped create an app that would allow fans from all walks of live to create their own Guardians character from scratch.

We’re in the Endgame Now

As 2019 neared, Marvel continued to spin out new characters, integrating them into the Avengers team. Dr. Strange, Spiderman, Black Panther and Captain Marvel entered the scene, each showing new strength and powers, while also showing a strong connection to the human world. Dr. Strange endures a traumatizing car crash, Spider Man deals with girl problems, and Black Panther shows empathy for his forgotten cousin. We know these emotions, so therefore we know these characters. 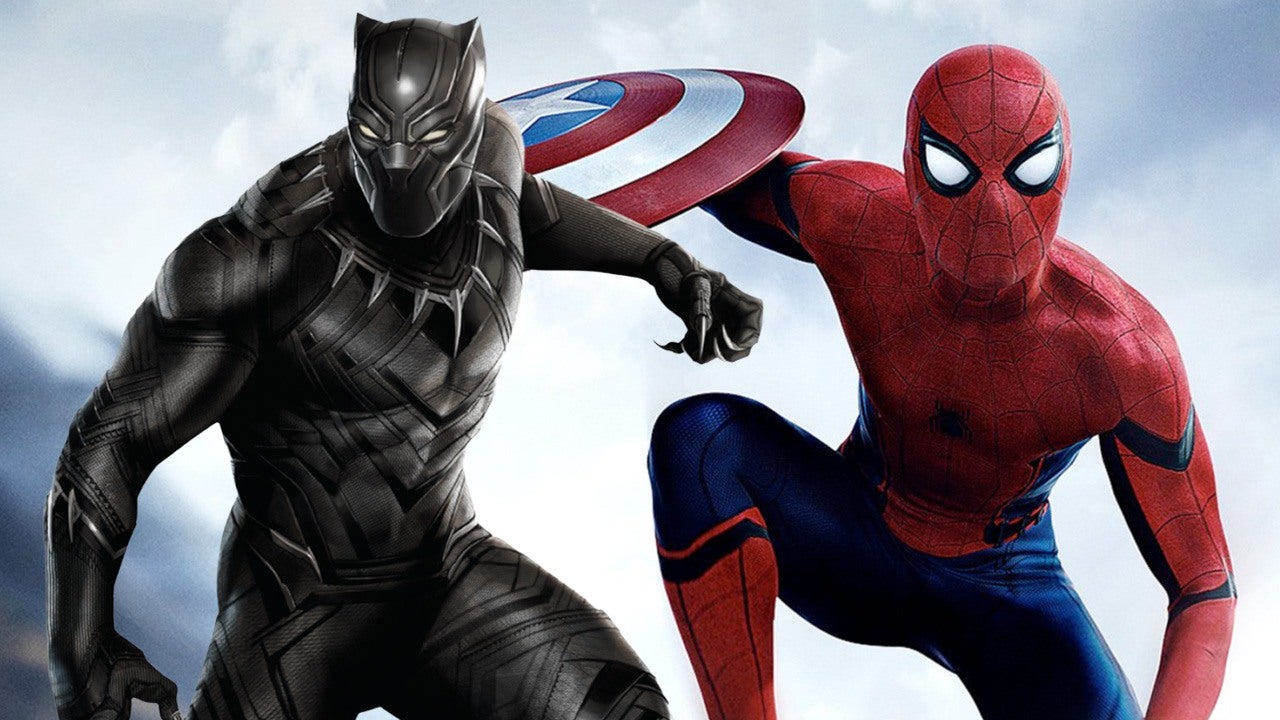 By the time the audience arrived at Avengers: Endgame, particular brands such as Audi had been so heavily integrated into the Marvel universe that it no longer even resembled modern-day brand marketing. Audi was now the car of superheroes and humans alike, protecting both species equally as well. Human items were now being used in Marvel films as interchangeably as Marvel themed paraphernalia was being used in the human world.When the heroes, new and old, entered the Endgame, we were right there with them, mentally and emotionally. Ten years of brand marketing had transformed those characters from fictional beings to people that were known and loved by a massive fan base.

From One End Sparks a New Beginning

By the last minute of Endgame’s three-hour epic, it was clear that the Marvel brand no longer had to slyly advertise for brands through their films and commercials. They had flipped brand marketing on its’ head, getting the audience to worship the man-made brands they used in their films, subconsciously assuming that the more they used these products, the more similar they were to their favorite heroes. I mean, we do see these brands in both our own world and the Marvel Universe. We must be one and the same. 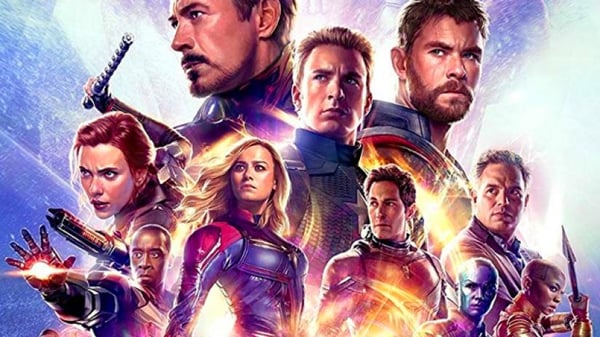 Whether it be for long-term series or singular movies/ television series, Hollywood Branded is committed to performing a Marvel-level, seamless brand integration. Years of marketing experience as well as careful research of past brand marketing in film has given Hollywood Branded a bounty of knowledge on the art of connecting film content with brands in an efficient, enticing way. You have content, we have brands. Let’s combine our superpowers.

Ready to start effectively marketing your work? Then check out our Entertainment Marketing Guide below!