The Campaigns That Claimed Viral-Worthy Status

With Ralph Breaks The Internet: Wreck-It Ralph 2's premise having been staked within the world of the internet during a time where the online realm has become more expansive than ever, digital-centric brands seized the opportunity of a lifetime.

Now, with the film's release a slew of brilliant campaigns have popped up, and we've found the best of the best. In this blog, Hollywood Branded shares with you the top brand partnerships with Ralph Breaks the Internet: Wreck-it Ralph 2. 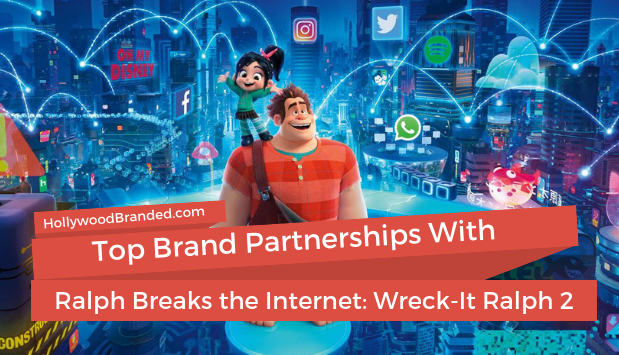 With the release of the trailer earlier this year, fans of all ages laughed and commented on the slew of easter eggs, shout-outs, and subtle nods to today's on-screen world, including prolific companies such as Twitter, Amazon, and of course, Oh My Disney --which you can read more about in our previous blog Studio Properties As A Form Of Product Placement. The trailer racked up over 16MM views on YouTube, and with its theatrical debut on November 21st, the likes are adding up.

Heading into it's third weekend at the box office Ralph & Co. are breaking the bank with $135MM in worldwide sales as the top grossing animated film currently. Hot on its heels is Creed II starring Michael B. Jordan, and Fantastic Beasts: The Crimes of Grindelwald starring Eddie Redmayne, Jude Law, and Johnny Depp, complete the top grossing films currently in theaters.

Reprising his role as Wreck-It Ralph, John C. Reilly is back, as is Sarah Silverman for her role as Vanellope, Jack McBrayer (30 Rock) as Fit-It Felix, and Jane Lynch (GLEE) as Calhoun. This time around new talent in the form of Empire's Taraji P. Henson as Yesss, have also joined the recording booth, alongside Gal Gadot (Wonder Woman) as Shank, and Ed O'Neill (Modern Family) as Mr. Litwak to round out the powerhouse cast.

Given the creative landscape of a film taking place within the internet, the opportunities for promotional campaigns were as expansive as the world wide web, and some brands came out on top. 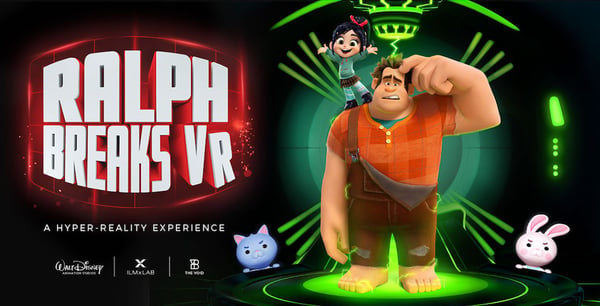 Walt Disney Studios partnered with The Void in co-promotion of the theatrical release of Ralph Breaks the Internet with Ralph Breaks VR: A Hyper-Reality Experience.

The Void is a virtual reality center friendly for both families and adults, leading their industry with a fully-immersive 3D experience. From their website they go on to say, "It's hyper-reality. It’s technical achievement. But mainly, it’s fun! THE VOID is a whole-body, fully immersive VR experience, full of surprises at every turn; with you, your family and friends inside the action. One second you’re standing on solid ground, the next you’re stepping deep into darkness, looking at unimaginable beauty – or fending off danger from another realm. Did you see it? Did you feel it? What’s next? You’ll just have to experience it to understand."

For the promotion a brand new hyper-reality experience was set to the theme of the upcoming animated feature, and arrived at The Void locations in Downtown Disney and Disney Springs for guests to enjoy.

The Walt Disney Company and ILMxLAB teamed up with The Void to create the completely original virtual reality experience. Ralph Breaks VR injected guests right into the action and animated realm, with an original Disney adventure in the world of the internet and online gaming alongside Wreck-It Ralph and Vanellope. 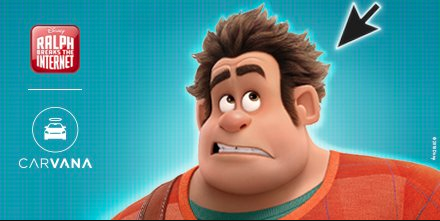 As another example of out of the game console thinking, characters from the film partnered with Carvana for a creative partnership... probably sparked after having been featured in the film for a subtle cameo. Yep, nothing gets past our eagle eyes.

Throughout November, Carvana ads co-promoting Ralph Breaks the Internet were featured all over the web and television, including out-of-home and digital channels, and Carvana.com.

In the advertisement titled 'Wreck the Net', fans saw Ralph and Vanellope breeze through the normally laborious world of online car buying through the use of Carvana, and marked their calendars to see the movie in theaters on November 21st. The advertisement highlights the key messaging point about how fun it can be to buy a car online, that it takes as little as ten minutes, and you can have it delivered to your door as soon as the next day. That's a big win in our books.

Along with the ad, a digital campaign coincided with the partnership with co-promotional banners on the Carvana website. 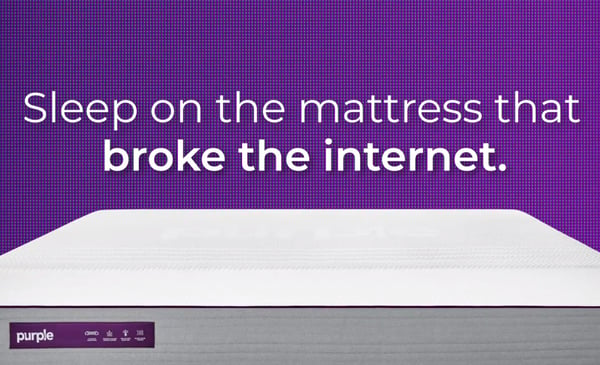 Sticking with the digitally-oriented companies, Disney partnered with an innovative online mattress company, Purple, in co-promotion of the animated feature. The promotion consisted of branded advertisements in which Purple swayed consumers to un-wreck their sleep... with a purple mattress of course!

The main characters, Ralph and Vanellope, made multiple appearances in the ads which yielded a television spot as well as digital circulation, shared on Purple's website and across their social media platforms. In keeping with the theme of the film, Purple also encouraged potential customers to sleep on the mattress that broke the internet, tying into the tagline of the movie.

Ready To Break The Internet?

Want to keep learning about the impact that brand partnerships have had in other films as well? We've written a wealth of material on it in other blog posts, which you can check out...

To keep expanding your knowledge of brand partnerships and other ways to increase awareness of your brand through the entertainment industry, check out our free Brand Marketers Survey! 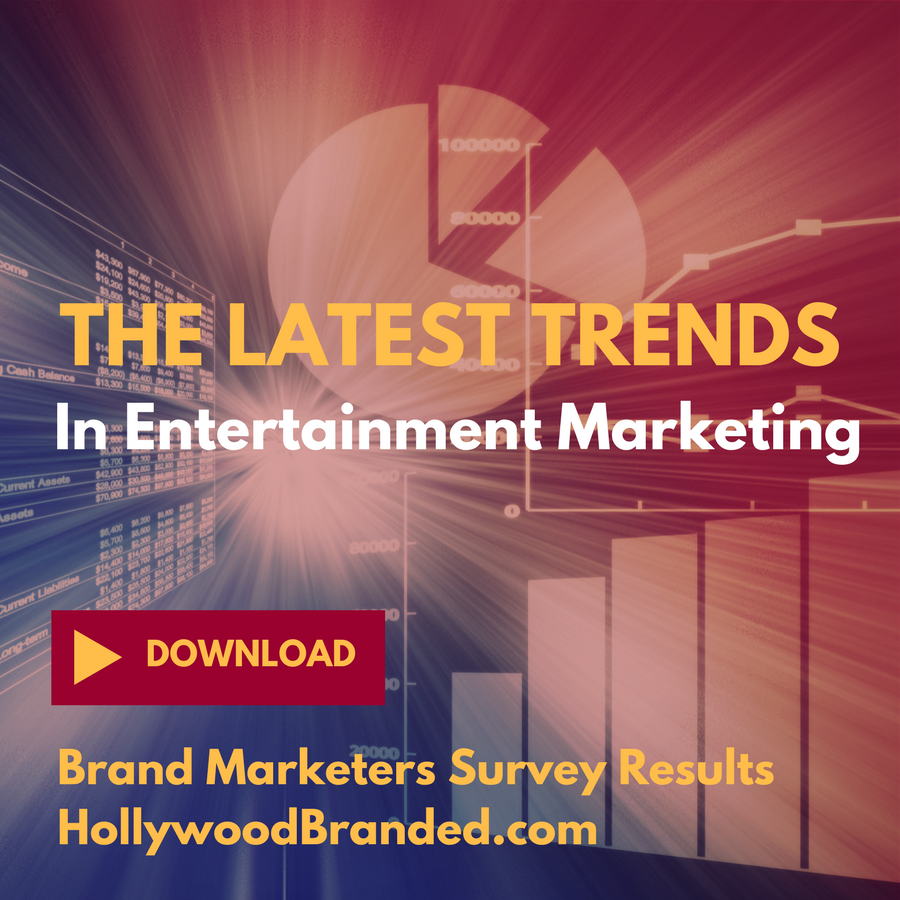