Top Brand Partnerships With Ant-Man And The Wasp

With the latest Disney/Marvel superhero installment hitting theaters July 6th, the brand partnerships are out in force. Riding the coattails of the cinematic universe's success this year with Black Panther in February (which broke the $1 Billion mark), and Avengers: Infinity War, who went on to surpass $2 Billion worldwide, Ant-Man and The Wasp hopes to add to the impressive 2018 tally.

So, what brands can we see this time around? Let's count them down.  In this blog, Hollywood Branded brings you the top brand partnerships with Ant-Man and the Wasp, and explains why the smallest of supers make for some of the biggest promotions... 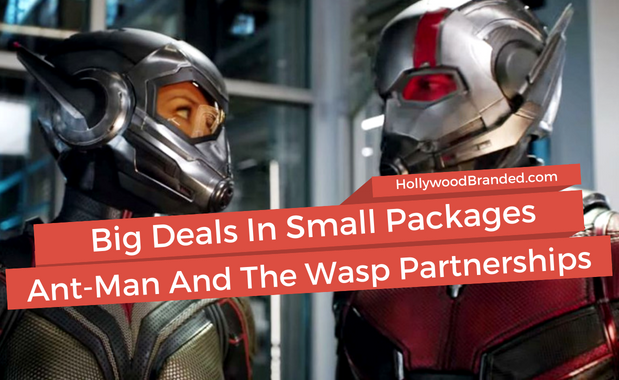 Disney/Marvel Found A Heavyweight In A Lightweight

Since Ant-Man's debut back on July 17, 2015 Marvel's smallest Avenger has proved himself worthy of running alongside the big dogs. Grossing just under $520MM worldwide Ant-Man ranks as one of Marvel's top-earning films for their non-ensemble releases for the phase 2 installments.

Paul Rudd reprises his role as Ant-Man/Scott Lang, a former burglar turned mini-Avenger, joined this time on the battlefield by the Hope Van Dyne/Wasp (Evangeline Lilly) who gets to spread her wings as Ant-Man's combative, take charge partner.

This time around, a new villain threatens to take over the world, Ghost, played by Marvel newcomer Hannah John-Kamen, who uses similar technology to Ant-Man and the Wasp for nefarious plans. It's time for Ant-Man and the Wasp to rise up to the occasion and shrink down in size to take on the Ghost, while also uncovering secrets from their past.

Early sources are already predicting that the sequel could see an estimated opening weekend box-office gross between $125M-$155M, perhaps even more. However, with Incredibles 2 and Jurassic World: Fallen Kingdom still going strong and showing no signs of letting up anytime soon, those numbers may be subject to change. But fear not, our favorite pint-sized powerhouse knows how to pack a punch when it comes to the box office.

Hyundai In Ant-Man And The Wasp

By now, Marvel's cinematic universe is not shy when it comes to auto brand partnerships, the most recent being Lexus and Black Panther. This time around, Hyundai is taking a small approach in a new big picture partnership. In collaboration with Ant-Man and The Wasp the automaker doubles-down its 2019 Veloster hatchback down to insect-size in a new TV ad.

The spot starts off with a throaty rev of an engine, thought to be coming from the red Hyundai Veloster beside the stopped police cruiser. The revs continue several times before the angle drops and reveals that the sound is coming not from the life-size Veloster at all, but instead from the minuscule one.

When asked about the partnership, Paul Imhoff, Director of Marketing and Communications for Hyundai Motor America commented, "Being associated with that Marvel universe, that's such a huge thing." He went on to say, "It's not like it's Black Panther and it's done," he adds. "You've got to watch Black Panther, [Avengers] Infinity War and Ant-Man to pick up on all the different nuances that's going on with all the different characters. We actually feel like being at the back end of the list this summer is going to help us because people are going to flock to this movie to see what's going on."

In addition to the campaign, Hyundai also released a Behind-The-Scenes video explaining the partnership, and the creative vision that came with re-imagining the world built of a car the size of a Hot Wheels toy.

The 2019 Hyundai Veloster is featured throughout Ant-Man and The Wasp, and behind the wheel fan-favorite Luis (Michael Peña), Scott Lang's crime buddy, will put the small-scale pedal to the metal for some high-speed chases, and fast getaways. Color us curious, indeed...

Dell In Ant-Man And The Wasp

Cars aside, what's a superhero movie without some sweet tech? Enter: Dell. The partnership consisted of Dell providing multiple servers and high configuration gaming laptops, including the Dell G5, to fulfill the techy needs that went into the making the film. 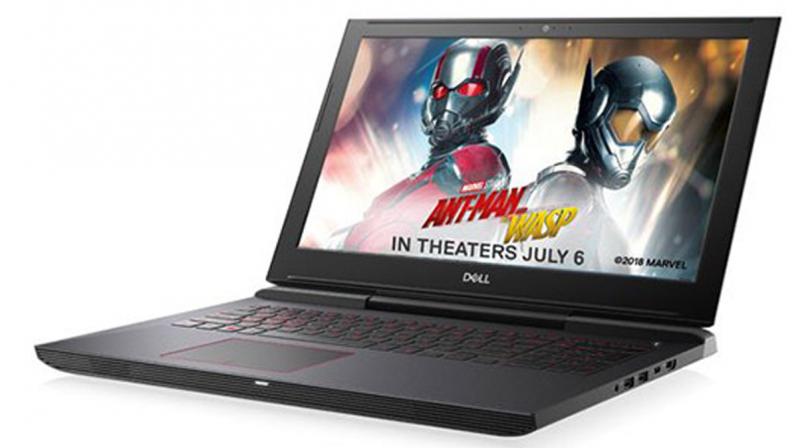 Artists at the award-winning VFX studio DNEG had access to more than 300 Dell Precision workstations to edit and create the visual effects in the film – bringing the characters and places to life. From the moments of Ant-Man and The Wasp shrinking to an intricate lab scene featuring Ghost phasing in and out of walls – Dell technologies helped make these ideas reality.

Additionally, Dell also launched a global advertising campaign around the movie, and released (similar to Hyundai) a Behind-The-Scenes featurette which further delves into Dell's roll in the film, as they assist Dr. Hank Pym (Michael Douglas), creator of the Ant-Man technology, with their own.

So, make sure to keep an eye out for Dell this weekend...

Granted, these are not exactly a brand partnership in the traditional sense, but still there are some note-worthy product placements from the official trailer we couldn't leave untouched.

First off, Hello Kitty Pez dispensers? When it comes to strange and imaginative placements this one definitely takes the cake. During a high-speed chase the dispenser is tossed at an impending assailant, and alternatively from shrinking in size grows larger in mid-air, knocking over an unknown motorcyclist in the nick of time.

Next, our team spotted Michael Douglas sporting some Old Focals Advocate eyeglasses throughout the trailer, carrying over from the last movie's placement as a staple to his character and costume. And that brand knows how to leverage this and get some online PR love!

Unfortunately, no mentions of Baskin Robbins this time around, but maybe with the release of the movie we'll see a brief cameo from the legendary ice-cream hotspot. Who knows, maybe they'll even have 32 flavors of ice cream, and dedicate the new one to their former ex-con employee turned Avenger (though we highly doubt it).

Want Your Brand To Be The Next Superhero Sidekick?