Raising A Glass To Celebrity Endorsement

Whether it’s to launch a brand new product line, or to boost a relatively well-known name to top of mind, alcohol brands continue to look to celebrities to engage consumers. Relying on Hollywood talent to propel alcohol brand sales is no new strategy. From Ed McMahon and Frank Sinatra’s Budweiser commercial in the late 60s to Puff Daddy’s Ciroc Vodka today, alcohol brands have always been eager to tap into the wide exposure and aspirational appeal that comes with partnering up with a celebrity. We have compiled a few recent examples of alcohol celebrity endorsements according to their strategies. 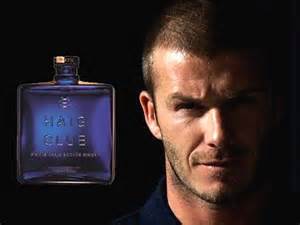 It was just announced that David Beckham will help British drink giant Diageo with the international launch of a new scotch whiskey brand, Haig Club. The retired soccer star’s international following will surely help the brand gain the awareness it is hoping for.

Smirnoff, though a fairly notable vodka brand, looked to separate itself from competitors by poking fun at the highly-emphasized pitch of being only for the upper-echelon, luxury consumer. To achieve this, the campaign featured TV star Alison Brie of NBC’s Community and Adam Scott from NBC’s Parks and Recreation as they plan a party. By mocking VIP areas, model-only parties, snobby mixologists and other seemingly pretentious associations with alcohol and nightlife, Smirnoff’s “Exclusively for Everybody” campaign is a fresh and humorous take on advertising in the vodka category.

Jim Beam, who formerly enlisted Kid Rock as its brand ambassador, nabbed former That 70s Show star Mila Kunis for its first-ever global campaign in order to appeal more to its male demographic while transcending into the female category. “As a fan of Bourbon and a huge proponent of making history, I am thrilled to be the newest member of the Jim Beam family,” stated Kunis.

The brand’s restrategizing attempts may have just become more complex however, as Kunis will literally be welcoming a new member into her family: It was revealed that last month she and fiancé Ashton Kutcher are expecting. However, with the brand’s solid #MakeHistory campaign, there is no doubt they will rise to the challenge and find ways to continue on, whether with or without Kunis, while staying true to theme.

Who would be the perfect celebrity to endorse your brand - be it libations, or something else such as airline miles, cosmetics, or credit cards? Check out our blog articles to learn more!