Integrating Your Brand In Film & Television

Branded content and product placement are perhaps two of the most crucial factors for an effective marketing campaign. We may be a little biased since they are two of our field of expertise, but we're not alone in this sentiment!  From placements like Eggo waffles in Stranger Things to Reese's Pieces in ET, effective product placement creates an authentic awareness that relates to consumers unlike any other form of advertising. Our CEO Stacy Jones caught up with a FLIR Systems executive to hear his advice for companies and brand managers who are interested in leveraging new marketing practices for their own brands. In this blog post, Hollywood Branded shares insights on branded content and product placement from one of our clients, FLIR Systems, Inc.'s Senior Manager of Strategic Communications, Vatche Arabian. 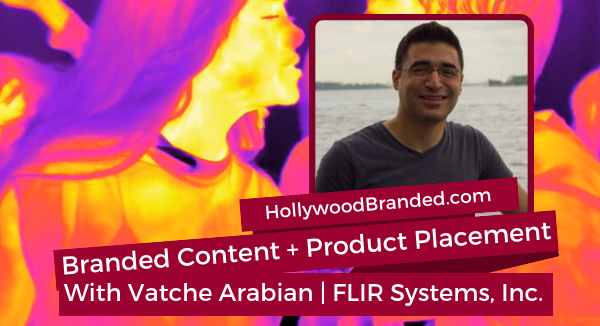 A Little Background On Vatche Arabian

Vatche Arabian has been with FLIR Systems, Inc. for the last eleven years and is currently their Senior Manager of Strategic Communications, where he specializes in social brand strategy, content creation, community management and channel development. He's made major growth happen with FLIR social audiences, driving follower and engagement by over 300% and growing their video content organic watch time by 178%. His work at FLIR has led him to be recognized by Oregon Business and placed on their list of social media superstars.

FLIR offers a diversified portfolio that serves a number of applications in government & defense, industrial, and commercial markets. FLIR products help first responders and military personnel protect and save lives, promote efficiency within the trades, and innovate consumer-facing technologies.

Question: Can you tell us a little bit more about your background, how long you've been at FLIR and how you transitioned over and became involved with product placement specifically?

Answer: My background is actually film production. I went to school for it. I actually worked in the industry very early on in my career, starting right in the trenches as a PA. My first job right out of college was actually working on the departed in Boston, Massachusetts, so it was really amazing exposure and I got to look into that fast-paced production world... From then on I was the go to whenever these opportunities popped up, piecemeal of having to run some of our thermal cameras, actually in more news back back in those days. The news would want to want to tell or do some storytelling what a thermal camera, and I was able to speak the language and I kind of understood what they're going for. As FLIR grew and our goals changed, that we wanted to get even more exposure. I think that was when we entered in a relationship with you guys, because we were getting a lot of these requests.

Question: What are some of the biggest successes you've seen in the years since you began working with FLIR for your product placement initiatives in general?

Answer: I think it's funny because some of the stuff that comes out of left field, that you're not near, because there'll be times where we're sort of trudging along and we get all these requests, and there's I think the crazy last minute one send up always being the most, I think, the ones that we seem to get the biggest lift out of for.

For example, when Jared Leto approach us with 30 Seconds to Mars because they wanted to do their entire VMAs performance in 2017 with several cameras, we had maybe a week and a half notice for that one, and then that in itself, with trying to realize what they were trying to do and find the best way to do that with that amount of time was with terrifying. But then the end result was amazing. I think that that was one of the biggest successes.

Question: Beyond the most exciting projects, what have been some of the larger challenges?

Answer: The education side for us is, I think, a challenge because oftentimes, when they're trying to integrate it, it's usually to film something, so being able to get them to understand and then be on board, because a lot of these folks are shooting 4k they're shooting 6K, they're shooting 8K, then they go, "Whoa, your resolution is 640 by 480? That's lower than NTSC resolution." That's a challenge. Explaining to them that if you want to achieve that, that is what they are, then it starts there.

Then depending on what they're trying to do, there's a really good example of a challenge we had with some stuff we did with 30 Seconds to Mars, where they were having trouble because they had this vision of they wanted a chorus behind the performers, but the problem was that because it was this big mass of people behind the artists, it was kind of blowing out the image. The image was just filled with people. How do you make Jared, the lead singer, stand out? Well they came up with a clever solution of covering everyone with sheer plastic head covers, so it knocked down how hot they were in the background, and then they actually sewed in flax seed, into the vest that he was wearing, and microwave it before our production, and that's what he's actually wearing, which is hilarious because when you hear what it actually is it's funny, but in the image he pops because he's he's just lit up by the thing. You don't really understand why or how, and that was something we had to figure out.

Then there's other challenges too, like sometimes with the gimbal camera, the gimbal camera is limited as far as color palettes go, and if a filmmaker wanted to use a particular colored palette, it's not really available on those cameras. Sometimes the filmmakers have to make concessions because of the technology, so that's happened before as well. Again, it's just education and people understanding what it's capable of.

Question: How big is your team in-house to support this program? You guys are a humongous company, but as far as your marketing team and your product placement team, and those who work on influencers, how many of them are there?

Answer: I would say three to four. Yeah, we're pretty small. We wear a lot of hats as a team, and while I'm the point of contact, we definitely have the help of everyone that's on the communications team to get products where it needs to go, and also coordinate with some of the specific product verticals to get gear. Some of that is also convincing people that hey, the sales asset, we really need it because this is a really, really good opportunity. Kind of like Ozark. Actually, that was a really good example of something like that, where we moved mountains to get a demo unit out, and that ended up being probably the best mention in any program we've ever had. It was a complete plot line around our camera.

There were some concerns like do we really want our product to be something that people steal? Talking that out and then getting the sales team on board to actually build a dummy unit, because that was a dummy unit, but it still had to be assembled, so taking time off from doing something else to do that, so there's those kind of challenges as well. 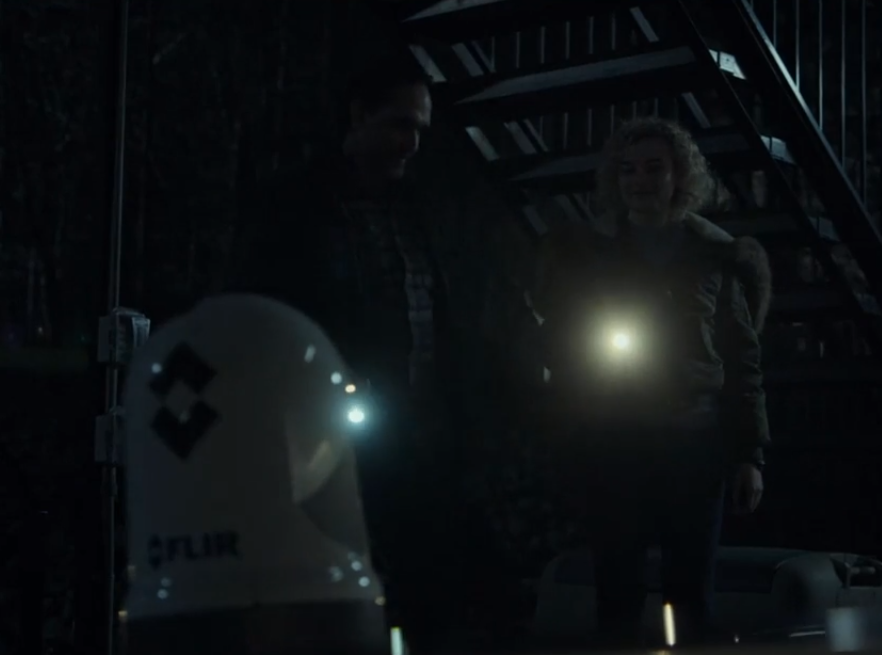 Question: Do you have any words of caution to a brand who's considering product placement, who hasn't really gotten their feet wet yet?

Answer: I don't know if it's for everyone. I don't think every product, everyone needs to get there, but I think the important thing too is to have that buy-in, to have this internal support, because this program does need support. You need to have the budget to be able to provide whatever you're providing, so if you do it and you go, "Crap," because all these opportunities are going to come up, and if you don't have that whatever you're placing ready, that's going to be a challenge because you're just gonna end up getting upset and you're going to miss a lot of opportunities. You don't want to do that.

To learn more about the importance of securing effective product placement, you can listen to the full interview in our podcast.

Want to broaden your horizons even further with more tips to effective marketing campaigns? Check out some other blog posts our team has written on other key strategies to marketing success..