How TikTokers Are Building Brands Outside Of Social Media

Is There a Life After TikTok?

Despite how popular and important social media has become in the modern world, it is still constantly evolving and growing. Over the last few years, social media has led to the creation of the internet celebrity (or influencer). Due to the concept of online fame still being in its infancy, there is still a lot to learn about it. However, one thing we do know is that, in most cases, internet fame is temporary. Many people skyrocket to popularity on platforms like TikTok only to experience that fame for a brief period of time.

However, many influencers are aware of the volatile nature of online celebrity and have ventured out to build brands outside of their online platforms and even social media, entirely. Influencers with some of the largest followings on TikTok, such as Addison Rae, Bella Porche, and the D’Amelio sisters, are key examples of that. In this blog, Hollywood Branded outlines the ways in which TikTok’s biggest names are building brands outside of social media. 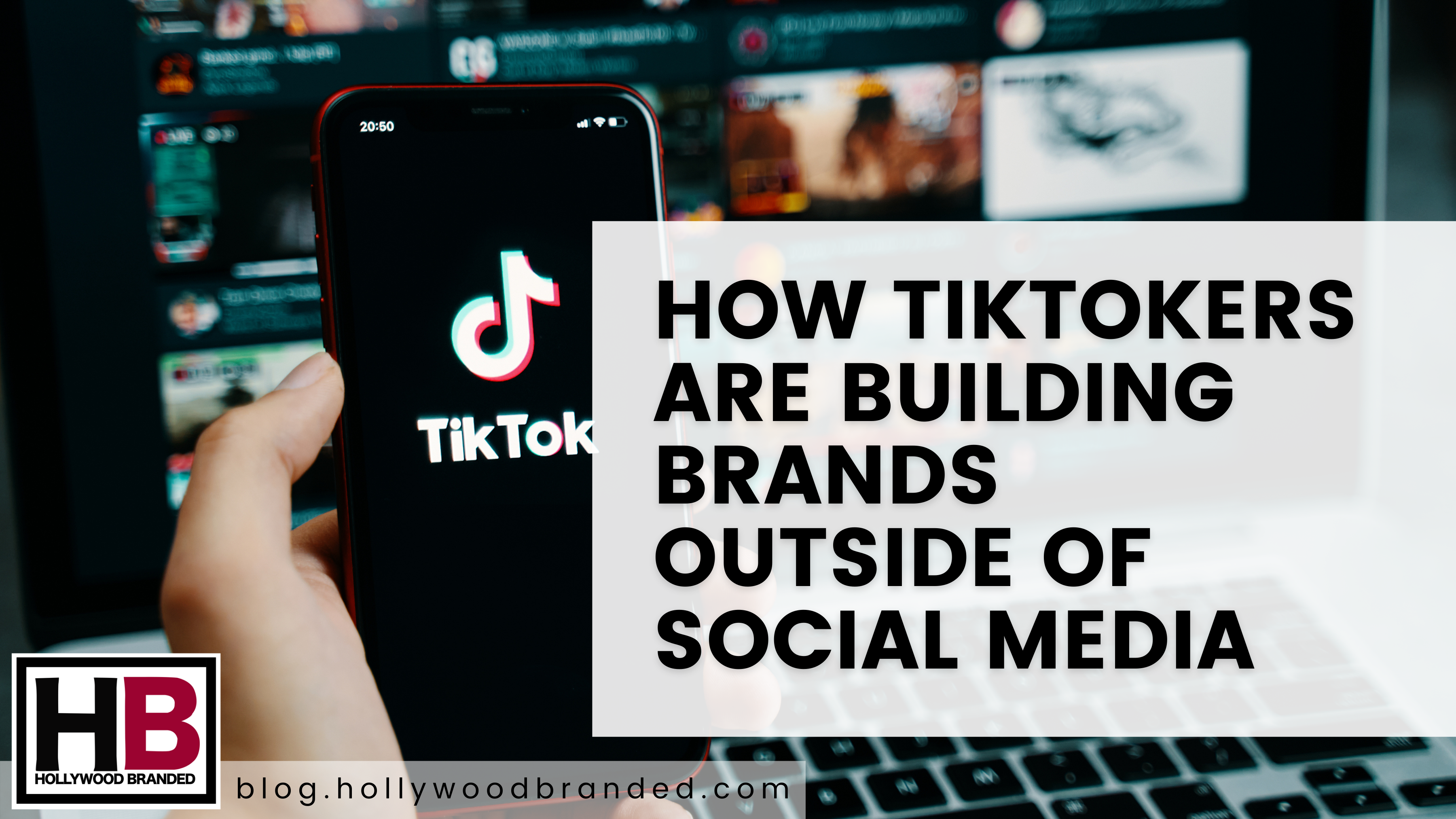 In August 2021, Netflix released a spin-off of the 1999 classic She’s All That, cleverly titled He’s All That, with its main star being none other than Addison Rae. The film follows a high school student, played by Rae, who happens to have a large online following. Although the movie is not quite this generation’s Citizen Kane, it has been quite successful for a digital release, especially considering that one of the leads, Rae, has no prior experience in professional acting.  The movie was the most popular film on streaming platforms every day of the week, following its release and "He’s All That," as well as "Addison Rae" were both trending topics on Twitter, upon release of the film. In addition, the movie was viewed in over 55 million households and was ranked number one in 78 countries. The movie saw so much success that Netflix signed Addison Rae to a multi-picture deal. Although details of the contract are yet to emerge, it is safe to say that Netflix will be paying the influencer several million dollars. The contract is also an opportunity for Addison Rae to continue her pursuit of an acting career in Hollywood. 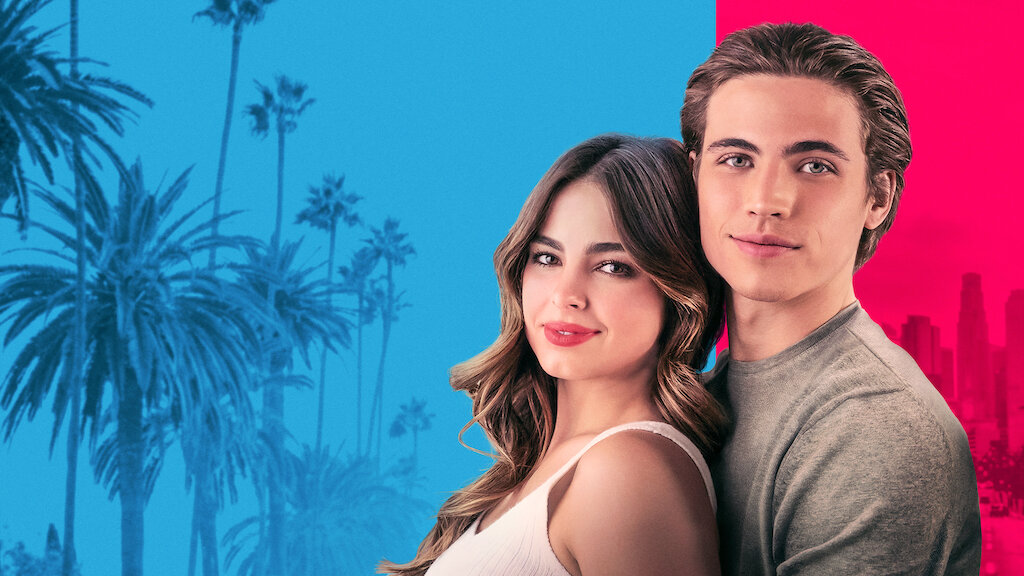 Selling a product is a tried and true way to start a new source of income. Many influencers tend to sell a product on the side to continue to build their brands and have another source of revenue. On the same day of the release of He’s All That, Addison Rae announced that her line of beauty products, ITEM Beaty, would soon be distributed by Sephora—one of the largest beauty product companies in the world. As of now, the number of products ITEM Beauty is selling is quite low; Sephora’s website shows that there are only eleven individual items that can be purchased from Rae. Despite that, the few items available have received positive reviews. Overall, ITEM Beauty has been well received by fans and critics alike and is a good start for Addison Rae’s dive into the cosmetics industry 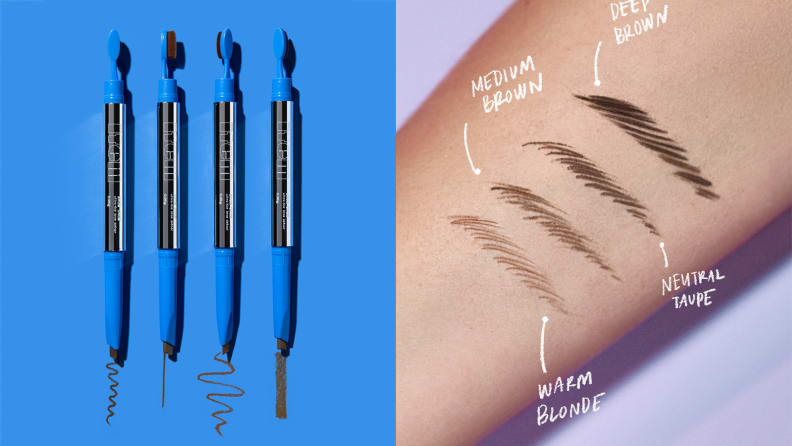 Beauty products have been a popular item for influencers to sell, as a result Addison Rae is not the only big TikToker to have her own makeup line. In 2020, the face of TikTok, Charli D’Amelio, and her sister, Dixie, collaborated with Morphe. The collaboration led to the creation of the sub-brand, Morphe 2. Just like Addison Rae, the D’Amelio’s makeup line delivers affordable but high-quality products to fans. The product has been well praised by many and has seemingly been quite popular with thousands of beauty YouTubers.

An area outside of social media that influencers seem to enjoy exploring more than any other is music. Several internet celebrities who make vastly different kinds of content have dipped their toes into the music industry. All of these musical ventures have been met with their fair share of criticism, however, they have all been successful. In early 2021, Addison Rae added her name to the list of influencers that also make music. On March 19th, the influencer released her single Obsessed with production credits from notable artists such as Benny Blanco. Despite the backlash the song received, it still performed relatively well. It passed the top 50 place mark on Billboard charts in four countries and the music video has over 22 million views on YouTube. Many fans saw potential in Addison Rae’s music and hope to hear more from her in the future, though she is yet to release new music. 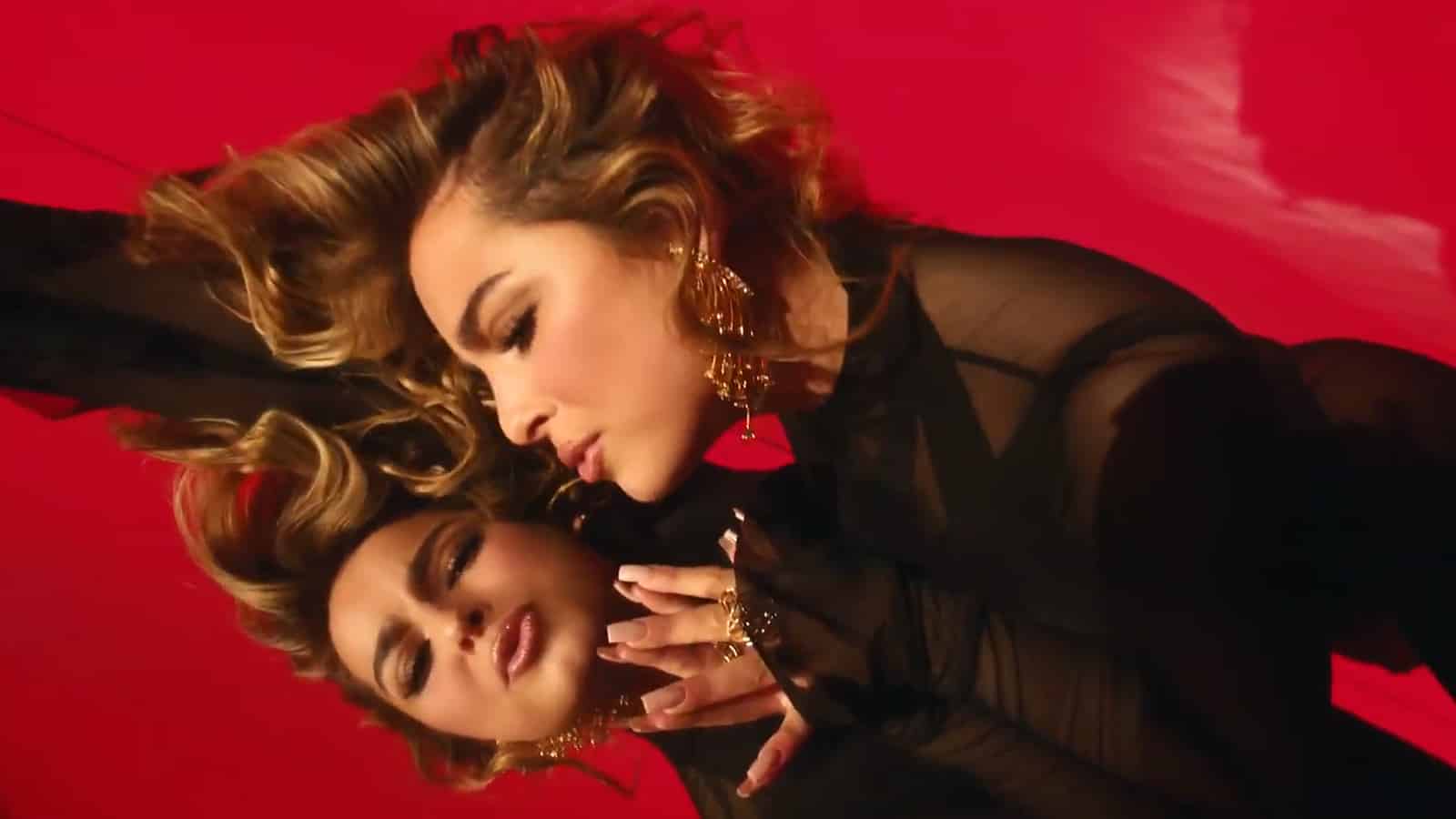 One of the most popular ventures into music has been that of Dixie D’Amelio. The elder of the two D’Amelio sisters began releasing music in the summer of 2020. Her debut single, Be Happy, was met with significant backlash and its fair share of criticism, however, the song was a commercial success. The music video has over 100 million views on YouTube and was even in the top 40 on the mainstream US Billboard charts. It also reached the number 1 spot on the “Bubbling Under Hot 100 Singles” Billboard chart. The success of Dixie D’Amelio’s music gave her the opportunity to collaborate with artists such as Blackbear and Lil Mosey on the Be Happy remix and Wiz Khalifa on her song One Whole Day. 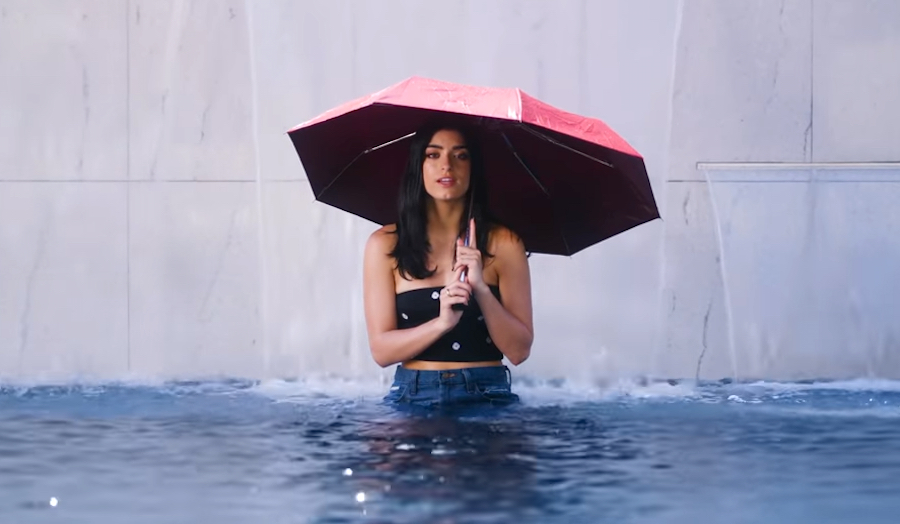 Of the three big TikTok celebrities that have started making music, the most successful has been Bella Poarch. After her rapid rise to fame, Poarch expressed an interest in creating music. In May 2021, the TikToker released her first single Build a B*tch accompanied by a music video. The song saw massive success with the music video reaching almost 300 million views as of now. The success of the single led to Poarch getting signed by music industry titan, Warner Records. In addition to the quantitative success of the song, Bella Poarch’s music has received praise from music publications and harsh critics such as Anthony Fantano of The Needle Drop. 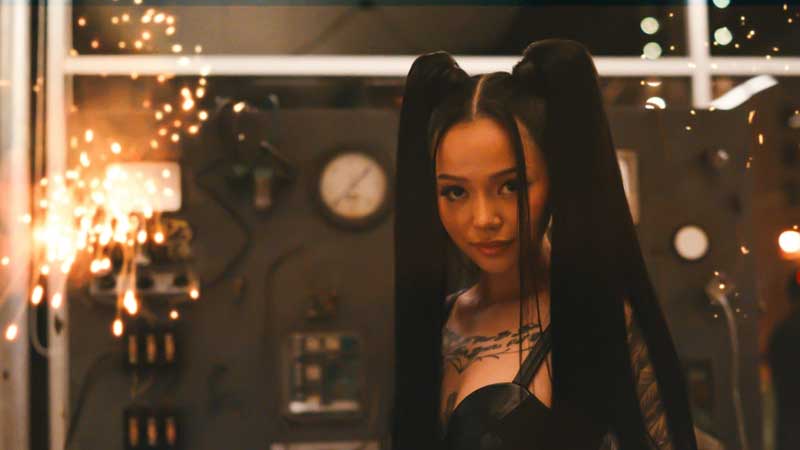 The biggest influencers on TikTok are well aware of the volatile nature of their careers. In the past, we have seen platforms such as Vine that simply disappear and leave their creators stranded. We have also seen creators simply lose momentum after building a large audience, especially on TikTok. As a result, it is best for influencers to put their eggs in as many baskets as possible to avoid the risk of losing relevance or their source of income. If TikTok were to disappear overnight, certain people’s careers would disappear with it, but creators that have expanded their brands would not. Bella Poarch would still have a major record deal, Addison Rae would still have her Netflix deal, and the D’Amelio’s would still have their makeup lines and various other streams of revenue. 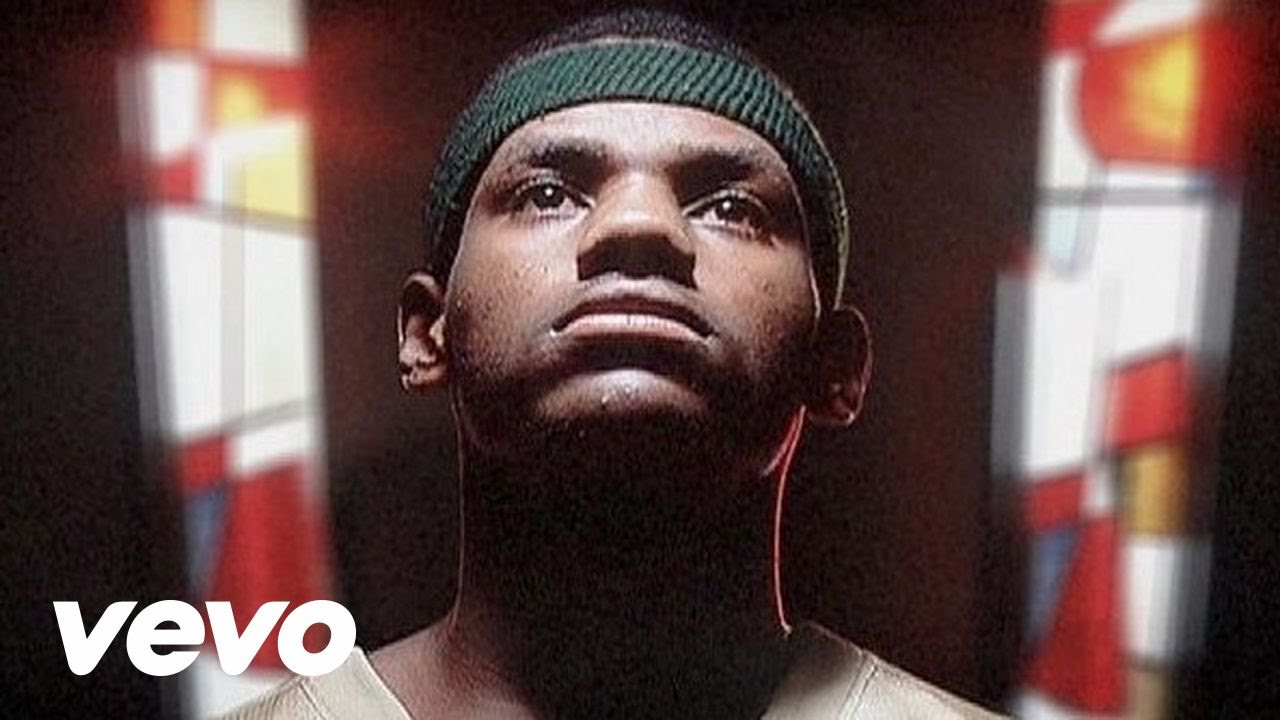 If you would like to learn more about the current social media landscape, feel free to read one of our other blogs.

Influencers have become a key element of marketing, especially with the relevance of social media. If you would like to learn more about influencer marketing, click the link below! 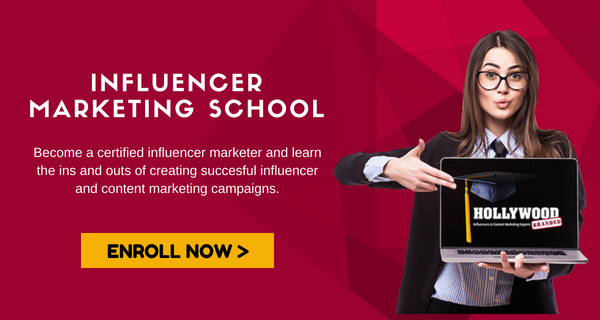