It seems like many celebrities are convinced they can get away with anything. Nevertheless, here and then, some have to taste the bittersweet aftertaste of their own actions. Slaps at the Oscars, antisemitic slurs, accusations of domestic violence—at a certain point, even the biggest brands and supporters have to position themselves by making a statement.

Celebrities as testimonials can push a brand to new levels of popularity, boost sales, and create ever-lasting icons for advertisement campaigns. Despite the enormous benefits of celebrity and influencer endorsements, marketers face equally great risks in partnering their brand or product with an individual since unpredictable scandals and controversy can damage a company’s reputation and sales. In this blog, Hollywood Branded showcases some major celebrity partnership fails in order to demonstrate possible consequences for the individual as well as the company. 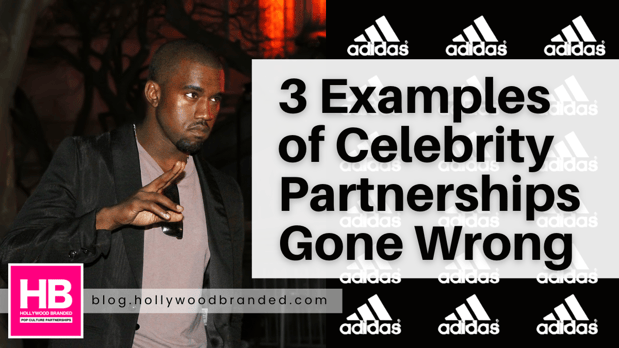 Kanye, what’s your deal? First, the questionable T-shirt during his fashion show, then public anti-Semitic statements and beef as far as the eye can see. Kanye West, also known as Ye, considers himself “too big to fail.” Now he has proved himself wrong. All in all, a self-directed crash.

Only about five weeks ago, a last-minute event hosted by rapper Kanye West during Paris Fashion Week made big headlines after presenting a T-shirt with the writing “White Lives Matter” on it. If his goal was to attract attention, he definitely reached it. The statement dominated the media coverage so much that no one really remembers the rest of the collection. However, from this moment at the latest, the decision-makers in the fashion and media world probably started to seriously consider to what extent they should give this man a platform.

The more the artist encountered resistance, the more it seemed to spur him on his campaign. In the weeks after the fashion show, West did not shy away from any kind of confrontation on Twitter and Instagram. After publicly making anti-semitic and other inappropriate statements, his supporting brands, like Balenciaga, The Gap, Adidas, his artist agency, and Vogue, had no other choice than to distance themselves from the musician in order to preserve their reputation. Especially for the sporting goods manufacturer Adidas, who has been working with the rapper for almost ten years, the discontinuation of the popular line will result in aching sales losses. The company has to forfeit an estimated $247 million this year alone.

Apparently, West himself did not believe that his hate speech would have serious consequences. According to sources, in his taken-down podcast interview with Drink Camps, West said, “I can say anti-semitic things, and Adidas still can’t get rid of me.”

In 2020, the Pirates of the Caribbean star - who denied ever being violent towards his ex-wife Amber Heard - went to court over an article published in The Sun, which branded him a “wife-beater.” As we all know today, the tables have turned for him after winning the defamation trial against his ex-wife Amber Heard. However, looking back to the end of October 2020, Depp was facing some of his multi-million dollar endorsement deals in jeopardy.

Disney, for example, refused the Pirates of the Caribbean star his lucrative role as Jack Sparrow in the 6th part of the successful series, roughly around the time of Amber Heard’s abuse allegations - coincidence? Unlikely. This reportedly caused the Edward Scissorhands icon to lose out on a $22.5 million payday. Disney was not the only one to drop Depp, the film and entertainment studio Warner Bros asked him to step down from the role as the insidious wizard of J.K. Rowling's Fantastic Beasts franchise following his loss in the U.K. libel case against The Sun. According to an unnamed insider, J.K. Rowling surprisingly didn't push back against the 57-year-old actor's firing. Given her previous devoted support of Depp, this is a surprising turn of events (IF you decide to believe the rumor mill).

Though, much like the fans that have been crowding outside the courts to show their support for him, not every brand has given up on the actor.
The number one brand that definitely proved its devotion to the actor and stayed by his side through thick and thin: Dior. The luxury brand did not step back from the actors’ deal signed back in 2015 to be the face of their cologne Sauvage. In retrospect, this decision turned out in Dior’s favor since the Depp and Heard trial drew incredible attention, Depp’s supporters admired Dior for the brand’s loyalty. Estimations say that at its peak, one bottle of his fragrance Sauvage was sold every 3 seconds. I don’t want to test my…let’s say, ‘expandable’ math skills- but that is a hell of a profit. Apparently, loyalty ultimately pays off. 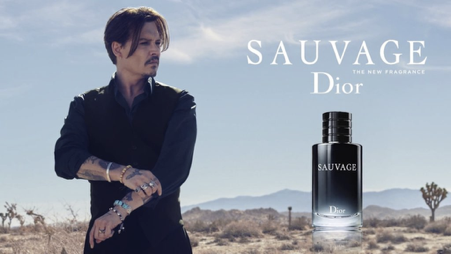 Will Smith x The Academy

Let’s be honest, Chris Rock’s joke about Jada Smith was misplaced and quite inappropriate. But in retrospect, actor Will Smith was given countless reasons to regret his hasty reaction. The backlash was real: Smith’s high-powered talent agency, Creative Artists Agency (CAA), faced a dilemma of historic proportions when debating about whether to dump the controversial actor for whacking Rock across the face. After internal debates between the CAA's Bryan Lourd, Richard Lovett, and Kevin Huvane, the agency apparently decided to keep Smith on its roster. Looks like, in this case, the actor just got away with it.

Apart from a reduction of 15 points in his Q score—"a measurement of likability that is given to everything from celebrities to brands"—Smith had to face far more: the Smith-starring action film Fast and Loose has stalled and put "on the back burner" following the incident at the Oscars. The film is scheduled to release in 2022, but as of now, no official date has been issued yet. However, Smith’s next starring role is in the film Emancipation, where the actor portrays a runaway slave who journeys through Louisiana to escape plantation owners. Emancipation is scheduled to be released in select cinemas on December 2, 2022, before its streaming release on December 9, 2022, on Apple TV+.

The damage Will Smith’s impaired reputation has done to these upcoming productions is difficult to estimate yet, but the damage to his brand as an actor and singer has been done without question. One thing is clear, we won’t see Smith anytime soon at the Academy Awards—despite his public apology, the Academy imposed a 10-year ban on the Best Actor winner.

So…who do you think hurt this slap more: Chris Rock or Will Smith? 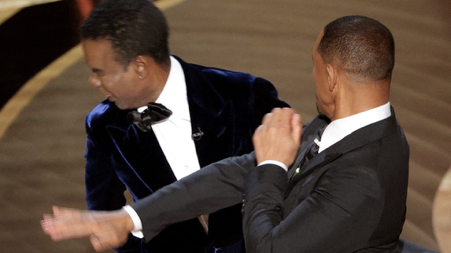 Moral of the Story: Think Before you Act

Of course, the examples mentioned were of the more extreme kind. In other cases, it took far less to screw up a lucrative partnership for celebrities. Looking way back to 2009, surfacing photos of the competitive swimmer Michael Phelps with marijuana caused some of his major sponsors, including Kellogg’s, to end their contract with the Olympian. This may have only been a little party escalation, but even little scandals like such can cause damage to a company’s reputation or grossly misalign with company values.

The testimonials’ transparency and the understanding of brand messages, aligning with the companies’ values, are crucial to managing unexpected deficiencies that come with celebrity and influencer endorsements. Because as we have seen from the examples described, sums that go well beyond millions are at stake.

Want to learn more about celebrity endorsements and product placements? Then check out these blogs for an interesting read: