The Impact Personal Decisions Have On A Celebrity's Brand

Celebrities today are in the spotlight 24-7. It is no longer just about their actions in their roles as famous actors, athletes, or musicians. Digital news and social media have given the fans, as well as the non-fans, round the clock access to all aspects of the lives of the famous.

This is no more evident than today as the parenting decisions of Lori Loughlin and Mossimo Giannulli and that of Felicity Huffman top headline news when it comes to the right and wrong way to parent, and we can see first-hand how the decisions made by these celebs impact their personal brands. In this blog, Hollywood Branded looks at the College Admissions Scandal and the impact it has had, and will potentially have in the future, on the brands of each of the celebrities involved. 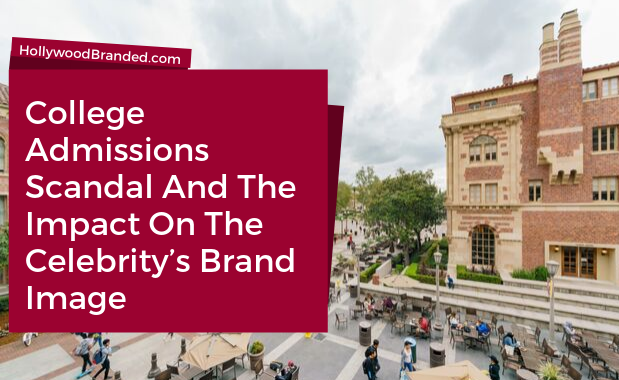 The question here, beyond right or wrong, is one that is being pondered by Hollywood executives and stake holders. Are the individual brands and careers of the celebrities in this scandal salvageable?

Of the three, Felicity Huffman seems the most likely to be able to recover in the long run. Unlike Lori Loughlin and Mossimo Giannulli, she chose not to fight the allegations in court. She pled “guilty” to conspiracy to commit mail fraud and honest services mail fraud, resulting from her payment of $15,000 to have her daughter’s SAT scores illegally inflated. Huffman was sentenced to fourteen days in prison for this crime. That Huffman admitted the wrongdoing will likely benefit her in the long-run.

Accountability goes a long way in the public eye. The fact that she will also serve some time in prison, however limited in term or severity, will still bode well for her as she starts her journey towards recovery. The $30,000 fine and 250 hours of community service, which was also part of Huffman’s sentence, would not be enough punishment by many in the public without the prison time. Serving some time in prison, ironically, might even benefit Huffman’s career in the long run. Characters she has played are often edgy, and this new experience will only enhance that. Huffman’s acting talents have also earned her many nominations and awards through the years, including an Emmy for her long-time character, Lynette, on Desperate Housewives, and other Golden Globes and Screen Actor Guild awards through the years.

It also doesn’t hurt that her husband, William H. Macy also tends to play characters outside of the typical norm. There may be some future bad girl roles right around the corner that will not be negatively impacted by these recent legal consequences. Just look at how Martha Stewart emerged from her prison time of five months. Without a doubt, Martha Stewart’s empire is larger than ever and her ability to continue celebrity endorsement deals ranging from Macy’s to Jack In The Box – and her TV show partnership with Snoop Dog, show the impact was negligible, if not even perhaps a benefit to expanding her marketability to a wider demographic. Upon release, Martha Stewart immediately began rebuilding her brand and is even more popular today than ever. There is definitely the potential for a similar rebound and pivot for Felicity Huffman.

Lori Loughlin, on the other hand, may not fair so well coming out on the other end of the legal proceedings of the College Admissions Scandal. Despite the evidence against them, Loughlin and her husband, Mossimo Giannulli, have chosen to fight against their charges with pleas of non-guilty. They are accused of paying $500,000 to the organizer of this college admissions fraud, Rick Singer, to get both of their daughters admitted into USC as crew team recruits even though neither of the girls was a rower. Loughlin’s acting career – and her fanbase - will have difficulty reconciling her current real-life persona as a dishonest and potentially criminal parent with the sugary sweet and lovable type of characters that she generally plays, most notably Aunt Becky from Full House, the current reboot, Fuller House and Hallmark’s When Calls The Heart. Fans were not surprised when it was announced that the final season of Fuller House would not include Loughlin – a decision that was made by the show after the details of the scandal came to light publicly.

Hallmark Channel took no time in distancing itself from Loughlin as a result of negative publicity attached to her stemming from her alleged illegal actions. Unsure of what to do at first, Hallmark temporarily halted shooting of When Calls The Heart before announcing her removal from the program. The fact that Loughlin’s acting has not received similar accolades that Huffman’s has earned, makes it even more difficult for her acting career to recover from the fallout of this scandal. However – it does open up the doors to future casting opportunities in roles of villains, something that she would not have been as easily cast in before.

Loughlin and Giannulli’s daughter, Olivia Jade, stood to benefit unwittingly with admission to USC had the details of the scandal not been discovered. She was seemingly unaware of the unlawful steps her parents allegedly took to gain two of the limited spaces in the sophomore and freshman class of the highly-selective University of Southern California for her sister, Isabella, and herself. Unfortunately for Olivia Jade, her brand as a social influencer took a major hit, losing many key sponsors. 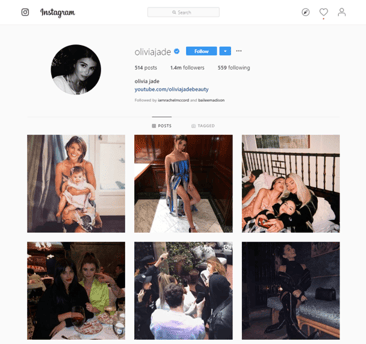 As our own Hollywood Branded CEO, Stacy Jones, pointed out in the March 15 InStyle article, “(Olivia Jade) is dealing with potentially a very hostile tween and teen following right now, who are very quick to be socially outspoken and judgmental based on a perceived group outlook, versus their own true thoughts. This is why so many brands are breaking contracts and putting space between Olivia Jade and themselves right now - they want to avoid collateral damage with tweens, teens and millennials.”

Ironically, she also gained a massive number of new followers as a result of her name being front and center as the news of the scandal broke. Her increased following may play out well for her in the future and Olivia Jade may reestablish the popularity of her brand in the long run. As Stacy further explained to InStyle, “Oliva Jade has been extremely successful at establishing herself as a leading social influencer. Much like other celebrity children, she has been gifted opportunities that have opened doors to her. Yet the fact is, not every celebrity child becomes successful in their own right, as Olivia Jade has done. She has shown that she has self-drive, a good business sense, and an innate or learned ability to know how to not only create content that gets engagement, but also how to interact with her own followers to make them want to keep following her, and purchasing that which she endorses.” Olivia Jade’s understanding of how to build her brand through social media may result in her recovering from this publicity disaster once the smoke has settled. Time will tell, as well as her the actions she takes.

Read the full article Stacy weighed in on with Instyle here.

Lawnmower Parents Trying To Cut Down All Obstacles

As someone with twenty-six years’ experience as an educator, I watched from the sidelines with a little more insight than the average viewer as the College Admissions Scandal was playing out. I heard what the press and social followers were saying about the actions of all the parents involved in the scandal. We all know what they did was wrong. Huffman admitted her wrong doing in court and was sentenced to fourteen days in prison. As a whole, parents in recent decades have become increasingly involved in their children’s academic lives to a point often beyond reasonability.

The College Admission Scandal demonstrates the extreme lengths to which some parents today are willing to go to pave the pathways that their children should be creating themselves. The injustice here goes to the children of these celebrity parents. Felicity Huffman and William H. Macy’s daughter has been proving herself a capable actress in her own right. Lori Laughlin and Mossimo Giannulli’s daughter Olivia could well teach her own college courses on social influencer brand partnerships, and write her own ticket to college if that is even something she feels the need to attend. These are children who have proven talent, and whose parents’ actions have actually impeded their growth. An exact opposite of the intended actions taken. The decisions made by Huffman and Loughlin/Giannulli are extreme examples of the movement beyond “helicopter parents” to what is now being called “lawn-mover parents” and should serve as a wake up call to parents everywhere to allow your children to achieve their potential on their own.

Celebrities aren't new to scandal.  And there are ways to protect your brand as well, which we discuss in our blog Six Steps To Safeguard Celebrity Endorsement.

And make sure you check out more of our team's blogs where we dive in and explore the world of celebrity endorsement.

Interested in working with a celebrity? Check out this video to see the power of celebrity endorsements can have for a brand.