Netflix's Ad Model: When It's Rolling Out & What It Means For Brands

The End of an Era

At the beginning of 2022, Netflix shocked the world by confirming everyone’s worst fears: they too would be introducing an ad model to boost revenue. This news isn’t all that shocking at all though once you pair it with its other surprising news that it had lost subscribers for the first time in a decade, and they projected it would lose even more. If comes down to Netflix with ads or no Netflix at all, we do sadly agree that the company made the right decision to save itself.

It's going to take some getting used to all around – from Netflix to the brands to the subscribers. And we anticipate the model to be in flux for a few years before they land on what’s right. Here’s what we know so far. In this blog, Hollywood Branded will explore what we know so far about Netflix’s ad model and what it means for brands. 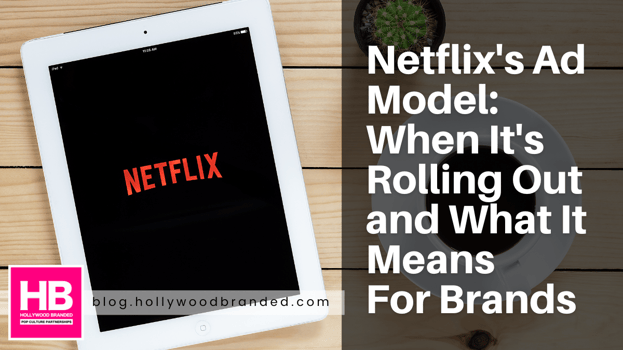 Why Ads and Why Now?

On an earnings call in April 2022, Netflix co-CEO Reed Hastings said, “One way to increase the price spread is advertising on low-end plans and to have lower prices with advertising. And those who have followed Netflix know that I've been against the complexity of advertising and a big fan of the simplicity of subscription. But as much as I'm a fan of that, I'm a bigger fan of consumer choice. And allowing consumers who would like to have a lower price and are advertising-tolerant get what they want makes a lot of sense. So that’s something we’re looking at now.”

What an Ad Model on Netflix Will Look Like

According to a document leaked to Insider in May 2022, Netflix has been teasing senior ad industry executives with its plan, telling them that they don’t plan on having any ads interrupt programming, but instead run at the beginning and end of content, at least initially. Their goal is to keep it as least disruptive as possible to start out and get users accustomed. BUT, according to an August 2022 Bloomberg article, Netflix is planning on running commercials at the beginning of content, in the middle of content, but not at the end.

Their goal is also to serve much fewer ads than its competitors Hulu and HBO Max. According to that Bloomberg article, Netflix plans to have four minutes of commercials for every one hour of programming, which IS far less than its competition.

How Much Will It Cost Subscribers?

Nothing’s official until it’s offered, but the latest plan is to offer an ad-supported tier at $7 to $9 a month, which is half of its current, most popular plan that costs $15.49 a month and, of course, doesn’t include commercials.

Offering a plan at half the cost is sure to at least peak people’s interests who have either dropped off or never engaged in the service entirely. It’s also perhaps a way to attract a younger, Gen Z audience who don’t always have the pockets to, or the interest really, in spending $15.49 a month on Netflix. The streamer is also counting on this lower price to at least help the password-sharing situation they’ve always been up against in that perhaps those stealing mom and dad’s account might be incentivized to open their own. 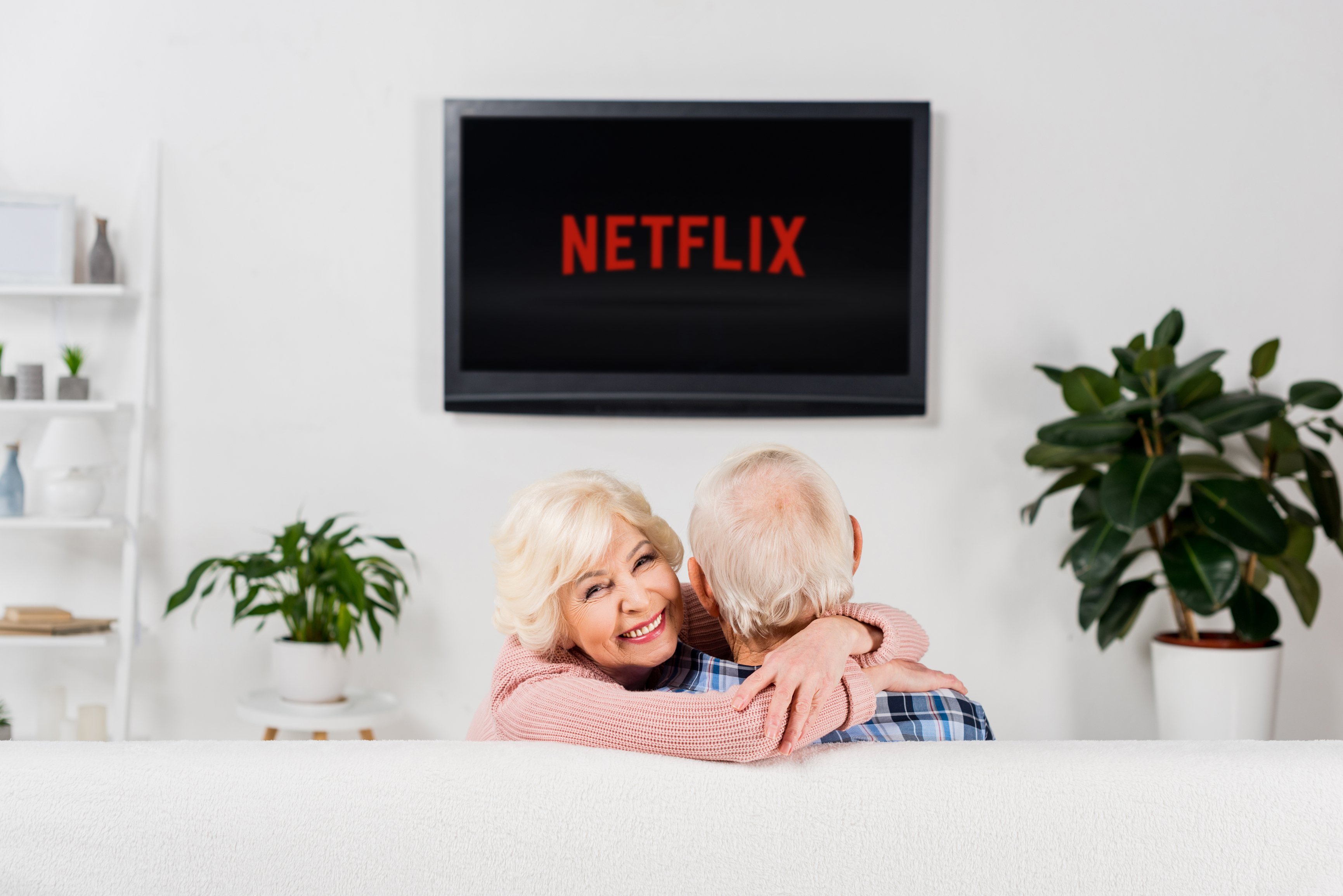 What This Means For Brands

Well, fewer ads running mean less available inventory, and simple supply and demand tells us that this means premium prices for ad spots. Then we also need to take into account the kinds of brands interested in running exclusively at the top and bottom of program content (assuming the Insider scoop is correct over the Bloomberg scoop). With traditional ad buys, the ideal spots are those running in A and Z position in the middle of content, meaning those initial commercials leading into a commercial break and those final commercials leading out of a commercial break, closest to the actual content. With Netflix not offering this element yet, we have to wonder how it will guarantee impressions of those tuning in.

We also have to wonder, with Netflix being so secretive about its viewership, what kinds of numbers it will sell its ads against. How much are they willing to peel back the curtain? Also mentioned in that Insider article is the fact that many advertisers have disclosed their concerns about competing ad-supported streaming services like HBO Max and Peacock in that their data and measurements fall short of the advertisers’ needs.

It’s not all a mystery, though. Brands are now getting the opportunity to have actual commercials running on the streaming Holy Grail that is Netflix. A service that truly reaches every possible demographic at this point.

We also suspect that this will open more doors for brand integration in Netflix content. It’s something we’ve certainly seen from the streamer before (Stranger Things and Coke, anyone?), but it’s not entirely commonplace across all content. Netflix currently is unique in that the production companies, rather than Netflix itself, control what brands get to pay to be in their content, and Netflix just oversees and approves. However, most networks and film studios have entire departments dedicated to sourcing brand dollars for their productions, often telling production companies what they need to include in their programming. These in-show brand dollars are often tied to media buys or co-promotional partnerships supported by the brand, giving these networks further incentive to make something in-show happen. The news of an ad model on Netflix certainly gives us the inclination that Netflix will soon be transitioning to a similar model and playing a much bigger role in sourcing brand partners for their content and tying those dollars back to bigger media buys.

When Can We Expect This To Start?

Potentially as soon as Q4 2022. Apparently, Netflix plans to introduce this ad-supported model during the final quarter of the year in select markets, with a full rollout expected to happen by early 2023.

Love It or Hate It, Ads Are Comin'

The nice thing about this model is that users can still choose to pay the premium price and avoid ads entirely. As a team in brand marketing, however, we’re pretty eager to see how this plays out. How will Netflix differentiate itself from the Hulu's and, dare we say it, Quibi’s of the world? They estimate that this new tier could generate as much as $8.5 billion a year for the streamer by 2027, dollars they desperately need considering how much they spend on contact creation (which is around $18 billion a year).

We’re also eager to see how this will affect brands IN content, which of course, is our area of expertise and selfishly why we’re so anxious to learn more. Looks like we won’t have to wait too much longer to find out!

Well good because there's more! Check out similar content from our blog library below. 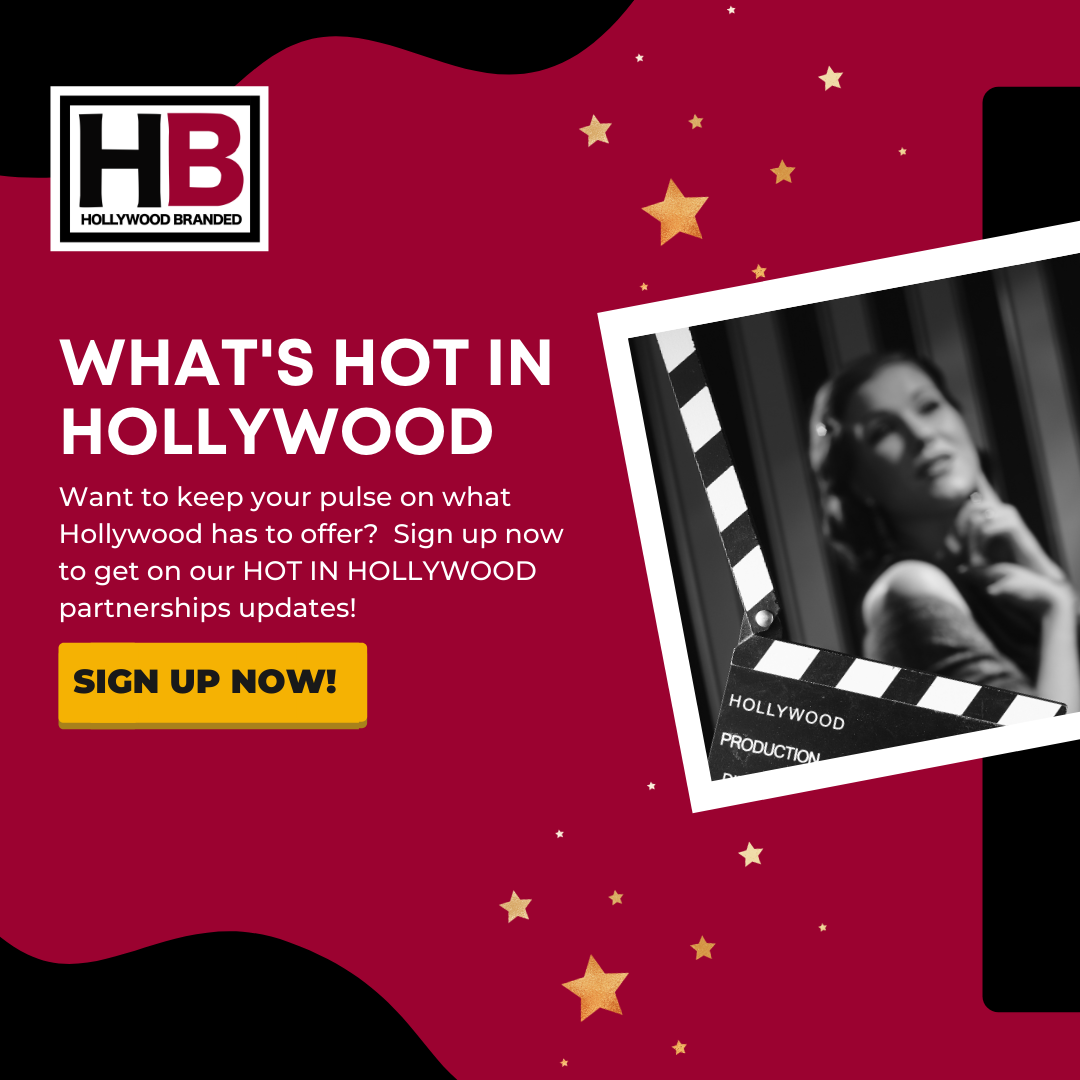