Zootopia Rocks The Box Office… And The Brand World

Covid-19 disrupted the entertainment industry, pushing back movie releases and closing theaters.   One new strategy that companies like Disney and Universal are capitalizing on is re-releasing fan favorite films in the movie theaters that are open throughout the U.S. Disney's Zootopia and The Avengers are two examples of films re-released in an attempt to (safely) invite fans back into theaters, immensely driving theatrical gross profits up.

In fact, Zootopia brought in an extra "$280K, putting its lifetime total at $341.5M," according to Deadline. And this is a boom not just for the studio, but for all the 17 brands featured in the film that have a slight twist to their name, making them more real to the film.  Zootopia expertly brings in real-world brands into the world of talking animals; with plays on brands like Lululemon and Target, the film relies on brand recognition within its product placement. Bearberry, Hoof Locker, Lucky Chomps all got starring roles that will continue to appear for the decade decade plus.  The growing success that Zootopia has found is not unique, and serves as an excellent example of unique ways to integrate a brand into a fictional film, that keeps delivering impressions.  In this blog, Hollywood Branded shares our infographic and insight on how smart brands have leveraged Zootopia to become part of the animated world through product placement, which will keep delivering impressions front and center to engaged families for the next decade or more. 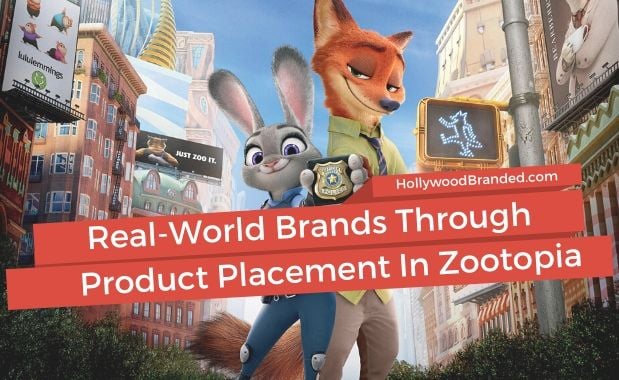 Faux placement is the term used to describe these kinds of parody ads based on real brands. Even by just looking carefully at this exclusive new Zootopia poster from Disney, there are all sorts of visual jokes in the background of this lively Times Square-esque metropolitan intersection. For instance, the billboards pushing brands like Lululemmings (not to be confused with Lululemon) and Bearberry (not Burberry). 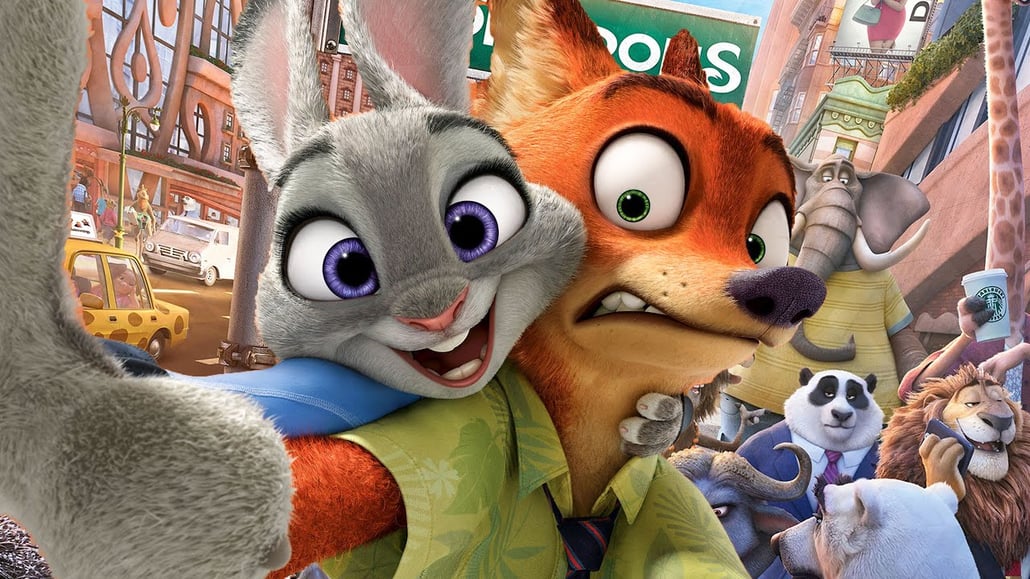 There are 17 brands that are depicted with a play on words and are renamed in Zootopia, including Preyda (Prada), Snarlbucks (Starbucks), Targoat (Target), and Zoogle (Google), etc.

Not only does the movie feature everyday brands, it also contains TV shows and movies titles featured as product placements, including Breaking Bad, and World’s Greatest Dad. Even real life mega-star Shakira has a role – as a gazelle.   And apparently the gazelle is as glamorous as her real-life counterpart, modeling for Preyda (Prada) shoes and bags.

A Bit Of History Of Product Placement In The Animation Industry

Animation is an art form, but the animation industry is in the big business of making money. And sometimes product placement can help provide additional funds (a lot of times it is just done in trade). Or provide a platform for a brand to build a co-promotion around to help drive more awareness of the film while creating unique advertising content for the brand.

In the case of Zootopia however, these product placements are not truly brand driven – but chosen by the filmmakers for their fun and whimsical ability for name play and helping to make the film feel more real to audiences. 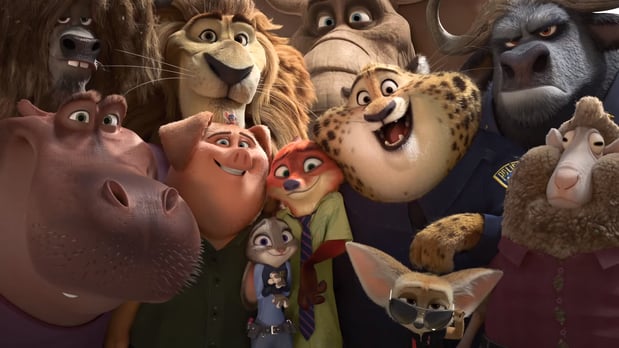 The record of product placement goes to the 2010 Oscar animated short film winner Logorama. It featured more than 3,000 logos and icons!

Some examples of fee and promotional driven deals in animated films include Universal’s animated feature Curious George and Disney’s 1988 animated feature Oliver and Company. The former had Volkswagen, Dole Bananas, and the U.S. Postal Service while the later had Coca-Cola, USA Today, Sony and Ryder Truck Rental. The films promoted the brands positively, and in return, the brands co-promoted the films.

Your Brand On Screen

Product placement in animated films is not something new. It's been around for ages - but it is certainly a very different approach than a normal product placement program.  Here, the brands are going to traditionally need to pay a fee, or do a promotional partnership with the film in most cases - although Zootopia had plenty of real-world brands that helped just make the story all the better by agreeing to be featured in the film.

Interested in learning more about films with product placement? Then check out these blogs our team has written:

Have you ever wondered how a comprehensive product placement program works? Or do you want to know how to create a promotional partnership strategy with a movie partner? This video will answer all of your questions as it shows the steps and processes taken by Hollywood Branded that lead to your brand increasing both consumer engagement and sales!