The Bachelor: A Breeding Ground For Social Influencers

A Place For True Love Turns Place To Grow Your Platform

Something that has remained tried and true in the Bachelor franchise over the years is that it serves as a breeding ground for social media influencers. From brand endorsement deals to being next season’s Bachelor/Bachelorette, the opportunities are endless when you become a reality star from the show. As the social media infrastructure has become essential to stardom for a contestant post-production, we have seen an influx in what has come to be known as the “Bachelor Influencer.”

In this day and age in the world of all things Bachelor, you don’t need to be the last man (or woman) standing to become the next celebrity social media influencer. But sometimes that means the contestants aren’t there for “the right reasons.” In this blog, Hollywood Branded discusses how the Bachelor franchise has become a breeding ground for social media influencers.

Bachelors and Bachelorettes come and go, but one thing that remains constant in the Bachelor franchise is the fame that derives from exposure on the show. Over the years, ABC’s hit reality series has become increasingly known to be a stepping stone to a social following for the show’s contestants. After only minutes of screen time and an influx of Instagram followers, the opportunity for the dating show's contestants to monetize their content and become an influencer (to some degree) is one that many don’t usually pass up. Between the lights, the cameras and the drama, The Bachelor franchise has opened the door for the average person to ditch their nine-to-five and pursue a career in the social spotlight.

From brand endorsement deals to being next season’s Bachelor/Bachelorette, the opportunities are endless when you become a reality star from the show. As the series first aired in the early 2000’s the chance at celeb status was small, but as social platforms like Twitter, Facebook and Instagram launched, a whole new market was opened up for the ordinary Bachelor contestant. Between the power of social media, reality TV and “Bachelor Nation,” it’s almost inevitable for someone on the show to get at least a few moments in the social spotlight. However, this poses the question if the contestants choose to be on the show with the intention of actually finding love and getting engaged, or if they’re just there for fame.

A Backstory On The "Bachelor Influencer"

The Bachelor franchise has been around for a long time — since 2002 to be exact. This of course, was before the social media and influencer marketing revolution was established so the public presence of the contestants at the time was mostly limited to the episodes they appeared in. To give you a reference of time, MySpace wasn’t even a thing yet! In its earlier years on television, the most exposure the contestants could get beyond the cameras would be something like a feature in a magazine. But, as the platforms that we all know and love like Facebook, Twitter and Instagram were introduced, the social media infrastructure became essential to the rise of the “Bachelor Influencer.”

Social media opened up the opportunity for the stars of the show each season to share a deeper, more intimate look into their lives than screen time may have allowed. With the rise in popularity of social media and reality stars (think Kim Kardashian and Paris Hilton for example), platforms like Instagram quickly became a place for the faces of The Bachelor/Bachelorette to establish their social media personality where superfans could follow along. Within only a matter of time from a cast member’s departure from the show would they go on to gain thousands upon millions of followers — and brands noticed it! Not only did brands notice it, but they also ceased an opportunity to capitalize on it too, which in turn only brought the “Bachelor Influencers” more followers and more fame.

Influencer Marketing, Will You Accept This Rose?

As stars from The Bachelor(ette) transition from ordinary to influencer, big brands see it as an opportunity to market their products at a very low cost. While some Hollywood celebrities can charge very high prices for a brand-endorsed post (respectfully, due to their reputation), it is much easier for brands to partner with reality show favorites like those that come from the Bachelor franchise in a very cost affordable way.

Beyond it being much less costly for a brand to partner with a Bachelor influencer, these guys and gals also appeal to a demographic that most companies are trying to reach — the everyday consumer. As opposed to a mega-star celebrity living lavishly, the attraction to the influencers that come from the Bachelor franchise is rooted in the fact that they’re relatable. Tokened as an “everyday celebrity,” they are able to reach to groups far more realistically just by being seemingly less extraordinary then say, a millionaire-status celeb.

Let’s take a look at some of the brands that partnered with some of the biggest fan-favorites that came from the franchise:

Smirnoff and Tyler Cameron, runner-up of Hannah Brown’s season 15 of The Bachelorette. 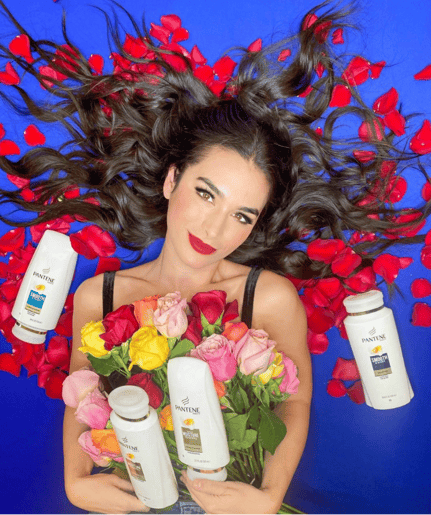 Pantene and Ashley Iaconetti-Haibon who appeared in The Bachelor season 19, Bachelor In Paradise season 2 and The Bachelor Winter Games. 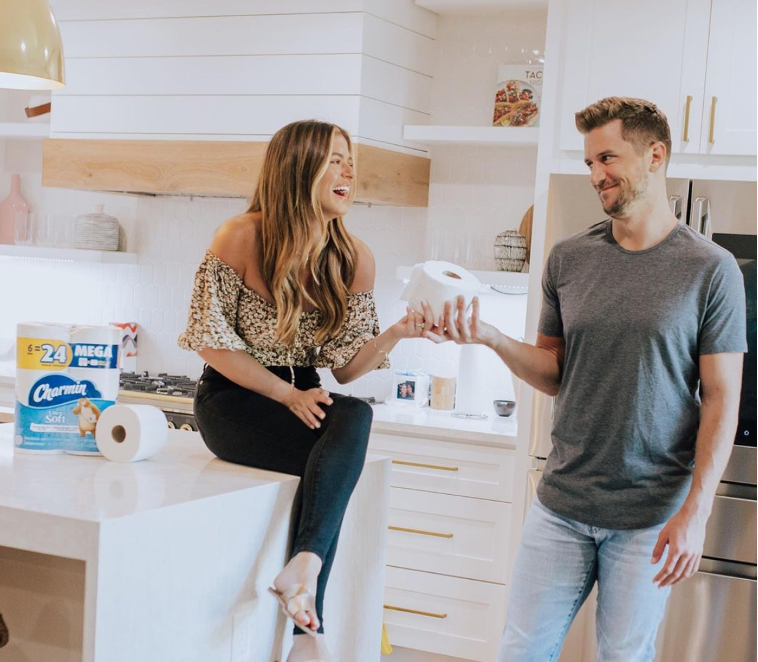 Charmin and season 12’s bachelorette and bachelorette winner, Jojo Fletcher and Jordan Rodgers. Yes, they’re still together (if you were wondering)! 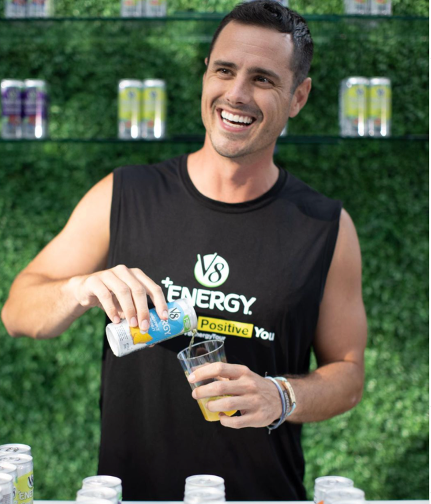 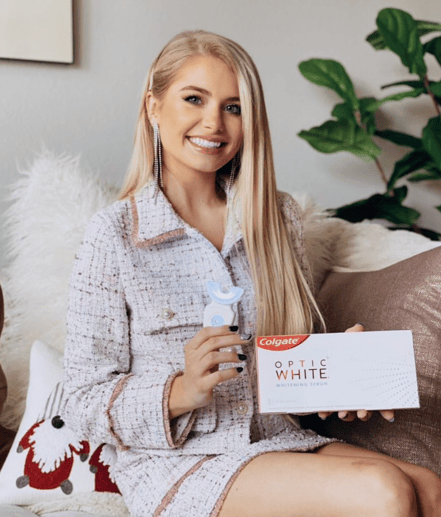 Colgate and Demi Burnett of season 23 of The Bachelor.

Are You Here For The "Right Reasons?"

The Bachelor(ette) — and any of the franchise’s spin-offs for that matter — has always been a place intended for its participants to find true love. Be it the bachelor/bachelorette of that season or its contestants, the end goal is to come out of it having found your soulmate. However, most contestants only have a small chance at a rose and nearly a one hundred percent chance at notoriety. So more often than not do these contestants have at least some Instagram fame to come home to if they didn’t receive a rose at the rose ceremony that week.

So, should the contestants be shamed if they had the goal to become an influencer going into it? The answer varies. A contestant being there for “the right reasons” has always been a concern for both the starring bachelor/bachelorette and its viewers, even before the reign of social media. But nowadays, it is undeniable that The Bachelor serves as an influencer breeding ground that many people want in on. Considering the show is filmed and broadcasted nationally on television and the social success of previous Bachelor cast members, it makes sense for the average person to view it as a one-way ticket to fame regardless of winning or not. But what does “being there for the right reasons” mean? Well, in Bachelor terminology it means being willing to commit your heart to the star of the season in preparation for an engagement. So it’s understandable that that’s the expectation from the bachelor/bachelorette as it’s pretty much the premise of the entire series.

For most of the popular Bachelor influencers, their claim to Instagram fame has been seemingly unintentional and organic postproduction. They played their cards right (for the most part) and gave it their all on their love journey during the show despite having won the heart of the bachelor/bachelorette or not. On the other hand, it has become easier to spot those of the cast members that are not there for the right reasons and subsequently have been sent home rose-less on top of losing their social likability and chance at a sponsored #ad post.

One of the most recent examples of this phenomena is Thomas Jacobs of Katie Thurston’s season of The Bachelorette, as he was given the boot from the show after admitting on camera that his initial intention of being there was to become the next starring Bachelor. Though some saw it as refreshing to see some honesty about the chances of pursuing new career opportunities from the franchise, most of Bachelor Nation, along with Katie, did not take it well. And like many other previous contestants that have received scrutiny for self-promotion on the show, Thomas has not racked up the followers like other season favorites have.

All jokes aside, reality television has most definitely become an easy segue for the average person to successfully build their personal brand on social media, and the Bachelor franchise has nearly perfected it. Be it through becoming the star of the next season or landing a branded partnership, one thing that remains tried and true in the world of all things Bachelor are the influencers that come out of it.

As a fellow member of Bachelor Nation, I know there’s a lot to unpack in regard to the Bachelor franchise, and we’ve done it! Check out these blogs to learn more about how this reality show and its cast has continued to thrive in the entertainment industry.

As more reality dating shows like The Bachelor become popular, it's important to know how your brand can partner with the next up-and-coming series celebs! Check out this guide to learn how to hire social influencers.