The CIA: A Case Study In Rebranding

Rebranding Is For Everyone

Rebranding is an important topic for every brand to consider at some point in your marketing, but it can be a tough. You may not want to change your branding too much when you update it as you still want it to resonate core audience, while trying to expand to new markets.

Typically when we think of rebranding, we think of food and beverage or retail locations but this concept holds true to every brand under the sun - even the CIA. In this blog post, Hollywood Branded examines how the CIA has recently rebranded their website and content, why they made this decision and how other brands should consider rebranding as well. 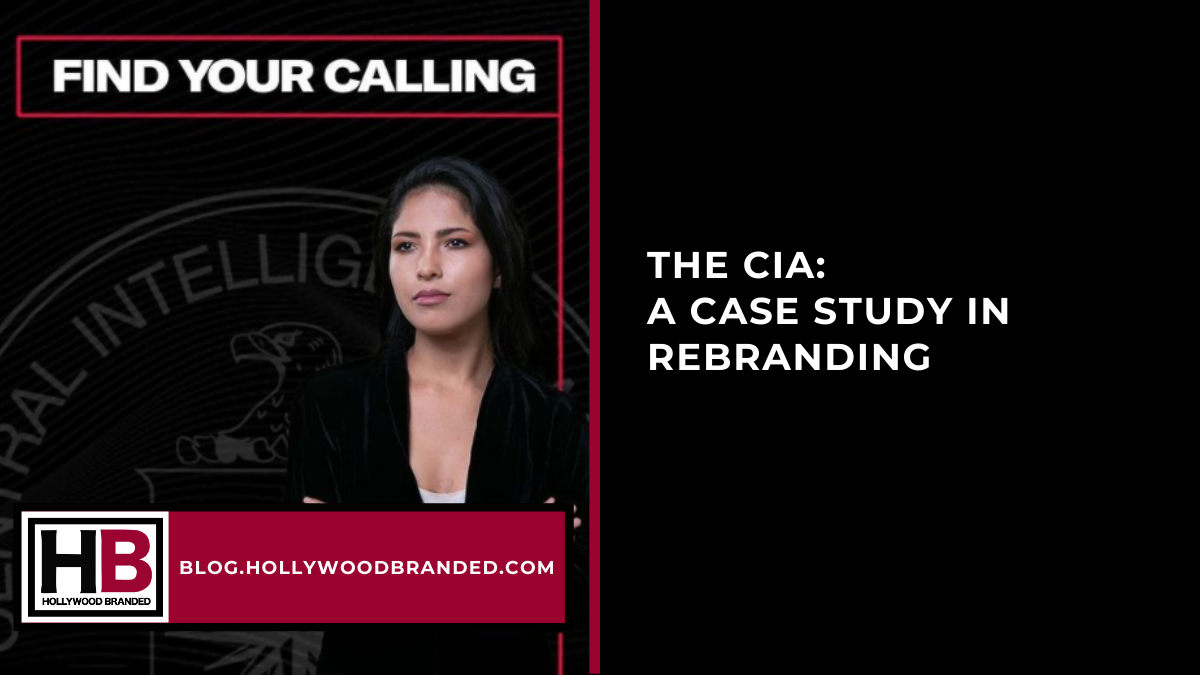 When you hear someone talk about "the CIA" it holds a lot of weight and importance to it like "the FBI" or "the IRS." As government organizations, they all have an intimidating feeling and, truthfully, most people are more acquainted with these names by reputation and media than by actual experience. This is, of course, because if one of these institutions contacts you, it's fair to assume you might be in trouble. These feelings associated with them are a part of their branding - in part, by design of course.

As a sense of drama and mystery helps these institutions command a sense of power and authority to their branding, Hollywood and press coverage have built so much of the branding that people now associate with them. Most people think of characters dressed like Men In Black, or the villain in The Matrix when they hear mention of the CIA or the FBI - men in clean black suits with sunglasses. While the branding that is often portrayed in the media is by no means an accurate portrayal of these institutions, it's still an important component to be considered in their branding as it shapes so much of how people think of and identify these institutions. As many people go their whole lives without ever encountering anyone from these organizations, the image portrayed by Hollywood is key in how their branding has formed.

The CIA - The Reboot

As every brand has to consider rebranding at some point, we now know that the Central Intelligence Agency recently decided to pursue some of their own rebranding. As the organization is one that was founded by Harry Truman in the '40s, there are definitely some negative connotations tied to it as well - specifically of being an archaic institution consisting of older men who are mostly white. As the institution is looking to grow and shed this image, they are seeking a more diverse approach in order to really identify the best and brightest minds of all walks of life in this country.

As a result, they have completely shifted the branding across their website and social platforms. The new image they are now projecting both fuses their classic Hollywood image while simultaneously attempting to reshape a more diverse branding. It's clear that one of the major driving forces for this initiative is hiring new talent because when you open their website the first thing you see in big bold lettering is "We are the Nation's first line of defense. We accomplish what others cannot accomplish and go where others cannot go." And directly below that  the site reads, "A career at CIA is unlike any other. We are looking for people from all backgrounds and walks of life to carry out the work of a Nation." 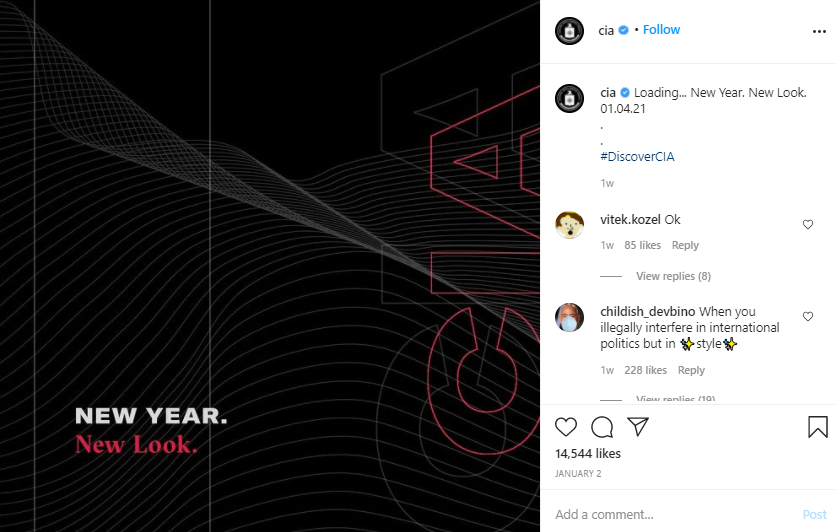 It's no surprise that the agency would lean in a new direction with their talent scope, as they are following suit of many businesses. As we all know, 2020 shed a light on the Black Lives Matter movement after the killing of George Floyd. However, the conversation that grew in this momentum became about more than just the issue of police brutality against black Americans - it became a discussion about the many ways in which systems of inequity operate within the United States. Many institutions received a backlash for the lack of diversity in their company as many of them have predominantly white staff. Consequently many businesses and organizations have committed to seeking out more diverse talent in all avenues to promote a culture of greater diversity throughout the workforce. And while diversity is one major component of this choice, the other is clearly appealing to a younger audience. Choosing sexier and flashier branding reflective of what you'd see in film and television is an attempt to better resonate with a millennial audience (which is now people aged 30-40 - the demographic most likely to be hired in future roles).

Not everyone is in love with this new branding, as an article from AdAge notes that many compared it to a pop-up shop. The biggest complaint seems to be that it looks like bad millennial marketing. Though this is the catch-22 of any business doing a rebranding - people will either argue that your old branding is outdated and out of touch or that the new approach feels forced. Any marketer reading this knows well enough that you certainly can't please everyone. It is a fascinating choice that with even a new logo and branding reminiscent of a spy movie, the CIA has chosen to both lean into its Hollywood branding roots while moving forward with a new attempt at diversity in the way it presents itself and the language with it does so. Hopefully further attempts at rebranding within other organizations will lead to a more diverse spectrum of talent in every institution.

As businesses and organizations will always need to shift to stay relevant and best resonate with the current climate, rebranding will always be an important factor for every brand to consider at some point. Rebranding will allow your brand to continue, growing, thriving and ultimately build a deeper sense of trust with the audience you're addressing. We can certainly expect to see more changes like this throughout various organizations and a good creative agency will always be your best bet at keeping your finger on the pulse and finding innovative ways to build and maintain your brand.

While Hollywood Branded might not make a habit of writing about the marketing tactics of government agencies, we still love exploring how different companies choose to rebrand themselves - and why. Be sure to check out the blogs below on brands who have recently rebranded themselves!

Want to become an expert in all things influencer and entertainment marketing? Download our full library of marketing advice below! 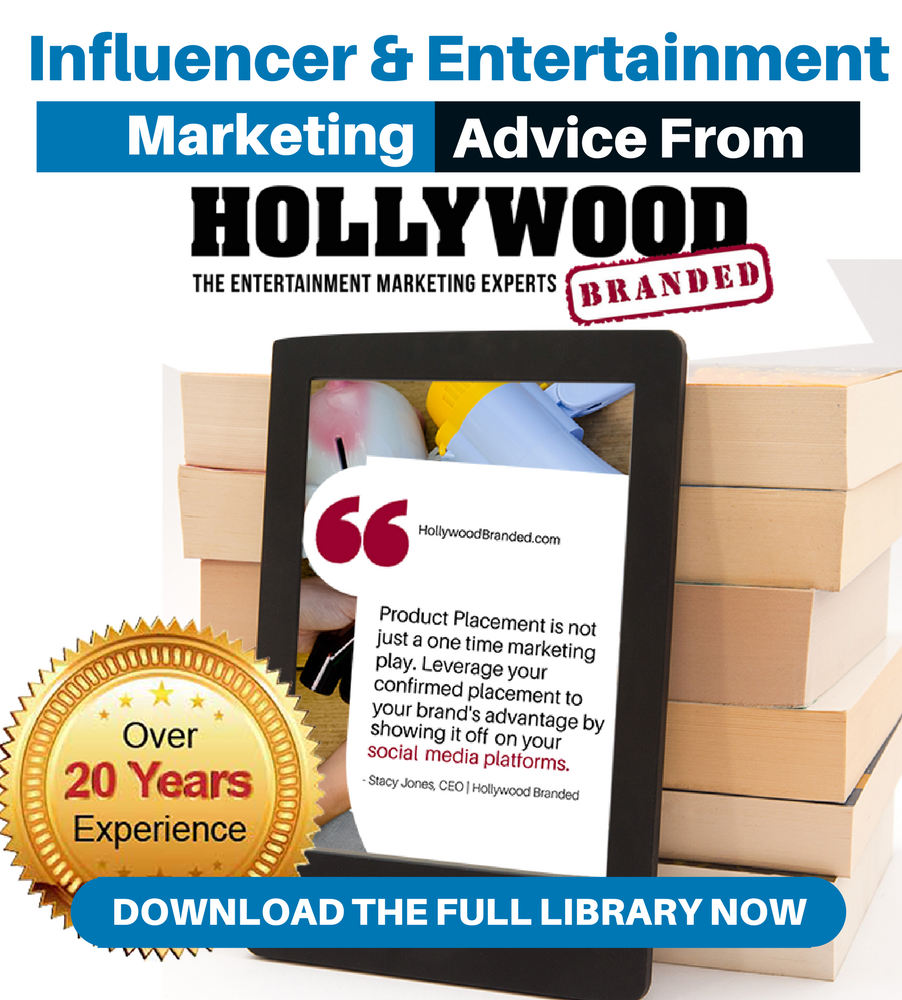