The Marketing Opportunities Of eSports And How 3 Brands Got Involved

The Marketing Options Of A Whole New Sports League

Today’s world of eSports is incredibly exciting to watch grow. ESports is one of the fastest growing industries in the world, with the total global viewer base expected to reach 380 million in 2018 and revenue expected to reach $906 million. From a brand’s standpoint, eSports is a business ripe with marketing opportunities to a demographic that isn't so easy to typically reach.

Brands that don’t already have eSports on their radar surely should be looking to find ways to take advantage of this growing industry, while it still offers affordability and ability to test market partnership campaigns. In this blog, Hollywood Branded explores the marketing opportunities of eSports and how 3 brands leveraged the world of eSports, and capitalized on one of the largest up and coming industries. 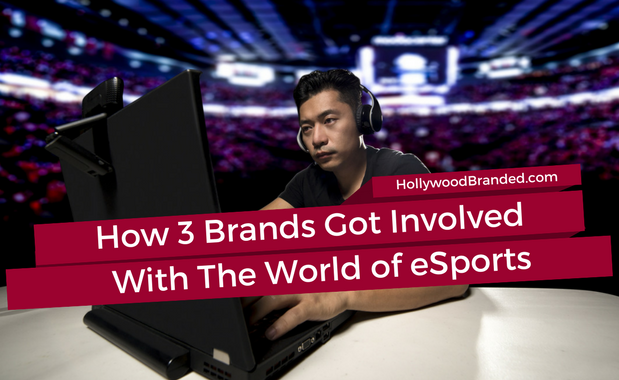 eSports For Beginners: The 411

eSports are defined as a form of competition using video games, typically comprised of both organized, and multiplayer video game competitions amongst professional players. The backstory hers is that competitive gaming and Player versus Player (PvP) gaming evolved from PC gaming where in the past, gamers played alone (or with select friends) against a PC whereas now they play against other players, and compete against each other in real time. Four of the most popular eSports Games (as far as numbers go) include League Of Legends, DOTA 2 (Defense of the Ancients), Counter Strike: Global Offensive, and Hearthstone.

With the rise of the digital age the once niche lifestyle has been given a new light (and not just in the form of computer monitors during a Call of Duty marathon), by proving to be one of the most lucrative industries in the current age of popular 'Geek Culture'. How? It's simple really, eSports attracts a MASSIVE audience by pulling in an immense amount of followers and viewers who watch live streams of eSports games. Live streaming includes both individuals actively participating in the game, not to mention broadcasts of tournaments, and Leagues with big prizes that reach the inconceivable amount of $2 million dollars.

According to Newzoo CEO Peter Warman in an article the company published online, big business is looking for ways to capitalize on this growing phenomena; the sponsorship deals that were previously experimental are now bigger and continuous, and the international media rights trade is starting to really heat up.

Many people both in and outside or the industry have titled eSports as one of the increasingly more popular forms of entertainment, and have been projected to even close in on popular conventional sports like football and hockey as far as viewership go. In an article published by Medium the numbers show the reality of fiction, or rather, the business and new market that can be found.

Quoted from Medium their researchers went on to explain:

"Revenues flowing into the eSports ecosystem are quite high and are expanding. Revenues come from sources like publisher fees, advertising sponsorships, media rights and merchandise... The global amount of revenues banked 2017 around $696 Million, with a projected revenue in 2020 at $1.5 Billion."

Surely, there are some brands who have recognized the huge potential within this industry? In fact, there are! So let's get to them... 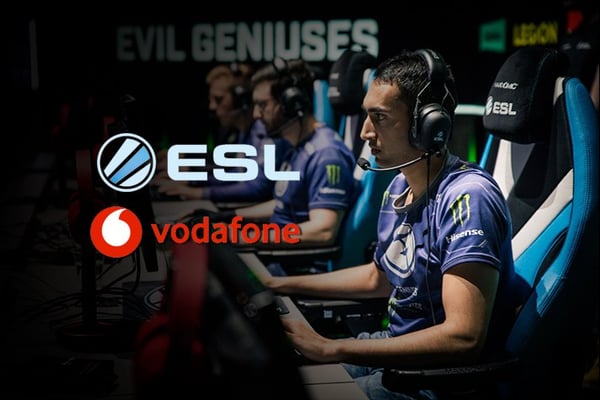 In addition to the sponsoring of ESL’s top events, Vodafone will also work with ESL to promote diversity and female participation in eSports, a sport that’s typically dominated by men. Through this partnership, ESL hopes to use Vodafone’s telecommunication capabilities to connect more people to the world of eSports by ensuring better technological conditions for both eSports players and fans alike.

This isn’t Vodafone’s first sponsorship deal in the world of eSports. This sponsorship just adds to their level of involvement in this growing industry having also recently sponsored the eSports teams Vodafone Giants and Mousesports in Spain and Germany respectively.

100 Thieves, one of eSports top organizations and lifestyle brands, has entered into a one year partnership deal with Razer, a gaming hardware manufacturing company. As part of the sponsorship deal, 100 Thieves’ League of Legends team will be draped with Razer mice, keyboards, headsets and surfaces for both training and competing purposes. Through this deal, 100 Thieves hopes that their already successful roster will be pushed to even greater heights as the team continues to grow. 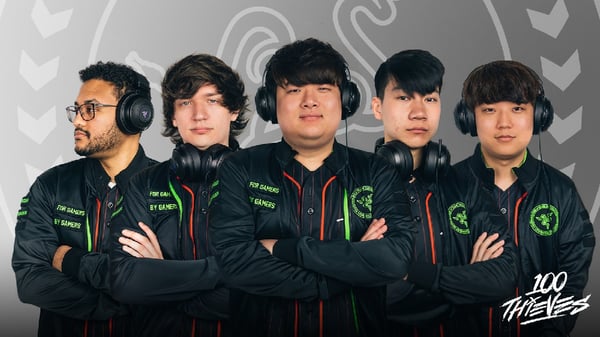 For Razer, this sponsorship deal was a great opportunity for them to align their brand with one eSports hottest organizations and further ingrain their brand into the world of eSports with having previously sponsored other eSports teams such as SK Telecom T1, SK Gaming, KSV eSports, Seoul Dynasty, Rise Nation, Red Reserve, and Team Kinguin. 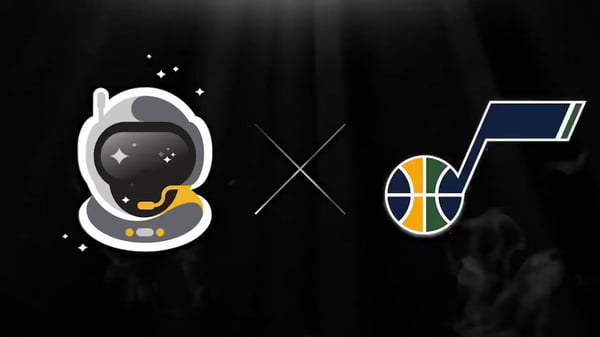 And it makes perfect sense as to why such a partnership would come about. Spacestation had decided to move in this particular direction because they were already financially stable enough to grow, and therefore didn’t require a boost to their pocketbooks by a third party investment. Instead, Spacestation looked for an opportunity to partner with an organization that could provide ongoing value, such as sponsor connections, and exposure opportunities.

On the flip side, for the Utah Jazz, this deal proved to be an excellent opportunity for them to enter into the market and get a feel for the new and exciting world without having to risk a lot as far as collateral goes.

Looking Towards The Future

According to an industry survey put out late last year, many respondents believe that eSports still has another 10 years before it’s fully matured. This growth timeline provides an excellent opportunity for brands to enter into the market early and solidify themselves as a household name in the industry. The brands that get in early will be the ones that reap the greatest benefits. To read more about other partnerships with eSports check out Hollywood Branded's previous blog on the NBA Video Game Placement in eSports League.

For many brands, figuring out how to properly enter into eSports can be a daunting task simply due to their lack of knowledge about the industry. However, there are agencies out there that know exactly how to source and structure opportunities that provide the most amount of value to a brand. In fact, here at Hollywood Branded, we are experts at leveraging sponsorship deals for brands!

Be sure to read our blog post: eSports Offer High Engagement Marketing

So, are you interested and just don't know where to start? Don't worry, we've got you covered.  Reach out to our team today to chat about opportunities with eSports, video games and oh so much more!

One of the biggest partnership opportunities with eSports is with not only the leagues, but individuals who have become powerful influencers as well.

And take a look at our Influencer Marketing School certification program which will make sure your team is ready to tackle and influencer partnership that comes your way!