The Stars Of Euphoria And Their Brand Partnerships

You know them and you love them. The cast of the new hit series Euphoria has gathered quite a large fan base and brands are capitalizing on this.

HBO’s Euphoria is the newest tv obsession for gen Z-ers everywhere. The show features an all-star cast that has taken Hollywood by storm. In this blog, Hollywood Branded shares which brands the stars of Euphoria have joined forces with. 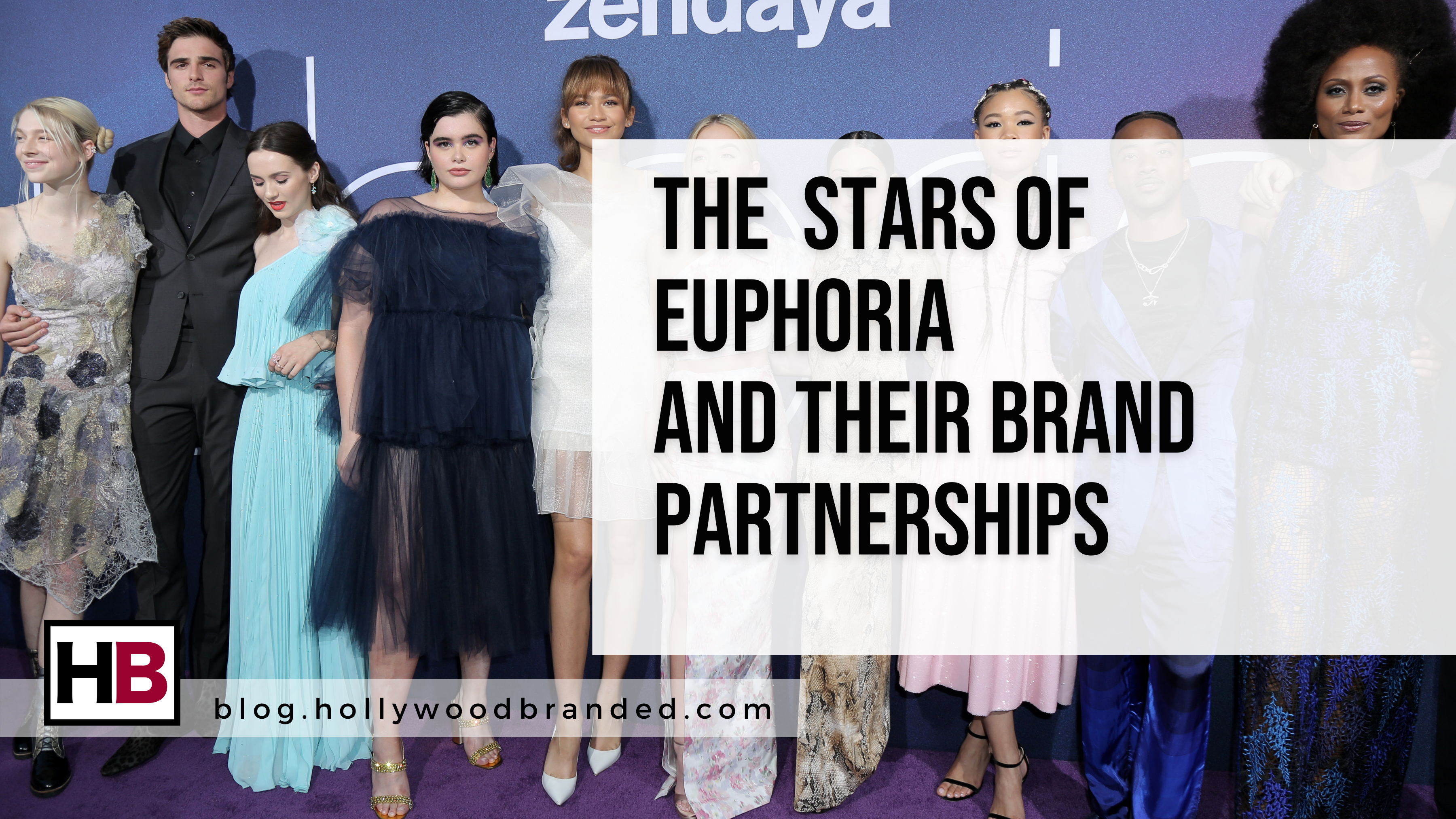 What Is Euphoria (And Why Is Everyone Obsessed)?

Euphoria is an American teen drama television series created and written by Sam Levinson for HBO. The hit series is produced by music superstar Drake in partnership with indie production company A24, which has produced works such as Ladybird, Moonlight, and Hereditary. The show follows a group of high school students as they navigate love and friendships in a world of drugs, sex, trauma, and social media. Creator Sam Levinson based the series around his own struggles with anxiety and addiction. Many consider Euphoria to be the most accurate depiction of these topics available on television.

Euphoria was an overnight success that quickly gathered a cult following. The show is famous for its signature makeup looks, iconic characters, and daring themes. As someone who has binged the first season twice, I can attest that the series is, in fact, worth the hype. Many fresh faces in Hollywood arose in breakout roles from the series. Others, such as Zendaya, were able to make the difficult “Miley Cyrus” career transition through the show.

The most recent Euphoria star/brand crossover to make headlines is Sydney Sweeney x Parade. Parade is the newest and trendiest undergarment brand, composed of sustainable and eye-catching pieces to obsess over. Sydney Sweeney, who stars as Cassie in Euphoria, is the first celebrity face for a Parade campaign. Parade co-founder and CEO Cami Téllez says Sweeney was a no-brainer, due to her refreshing take on a new era of body image. Sweeney recently became a victim of online bullying over her appearance. Her partnership with Parade is the perfect clap-back for the trolls of the internet. 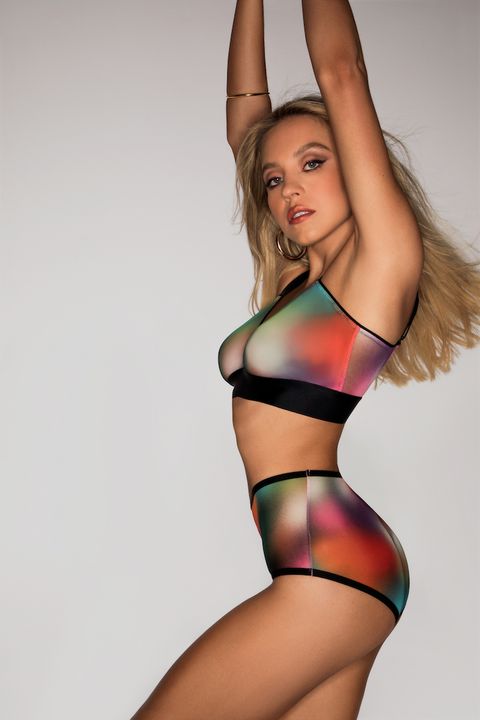 While Nate Jacobs (Elrodi's character) is incredibly problematic, there's no denying that Jacob Elrodi is an uprising star with lots of potential. Not only is he is a key player in Euphoria, but he's starred in many films such as The Mortuary Collection and The Kissing Booth trilogies. That being said, it's no surprise that Elrodi has become one of the famous faces to headline a campaign for BOSS eyewear and perfumes. 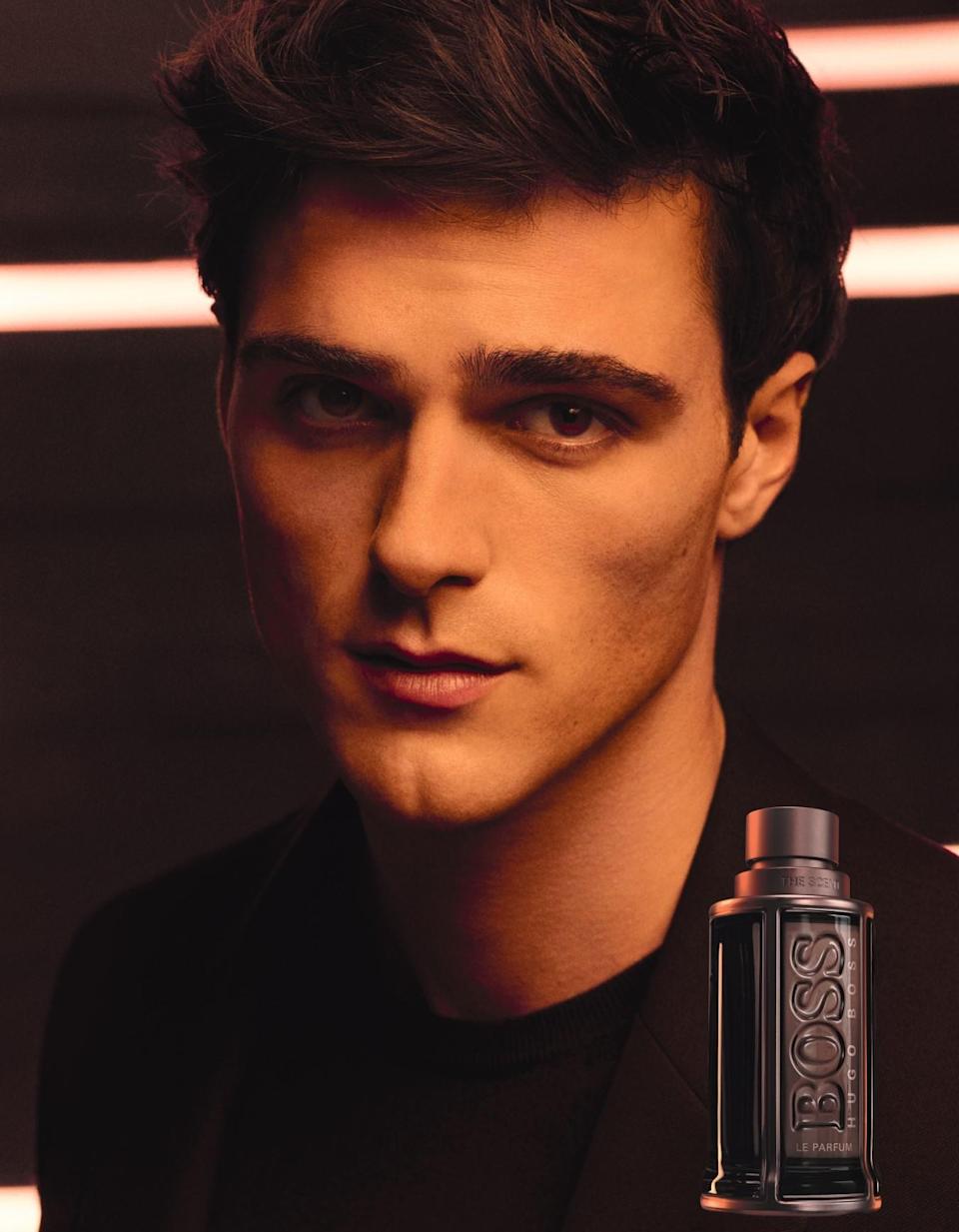 Euphoria is famous for its signature daring makeup looks, inspired by a wave of beauty trends and created by makeup artist Donielle Davy. Alexa Demie, who plays Maddy Perez, arguably sports the most iconic makeup looks of the show. Demie’s character Maddy has several lines that have gone viral as Tiktok sounds in the past year. Many of these videos featured creators recreating Maddy’s signature makeup and outfit looks as well.

Demie is an obvious choice for a collaboration with MAC. The ‘More Than Meets The Eye’ range features 36 revamped eyeshadows and eyebrow gels. Alongside the campaign imagery, Alexa Demie stars in a makeup tutorial demonstrating how to master her “iconic screen goddess” look. 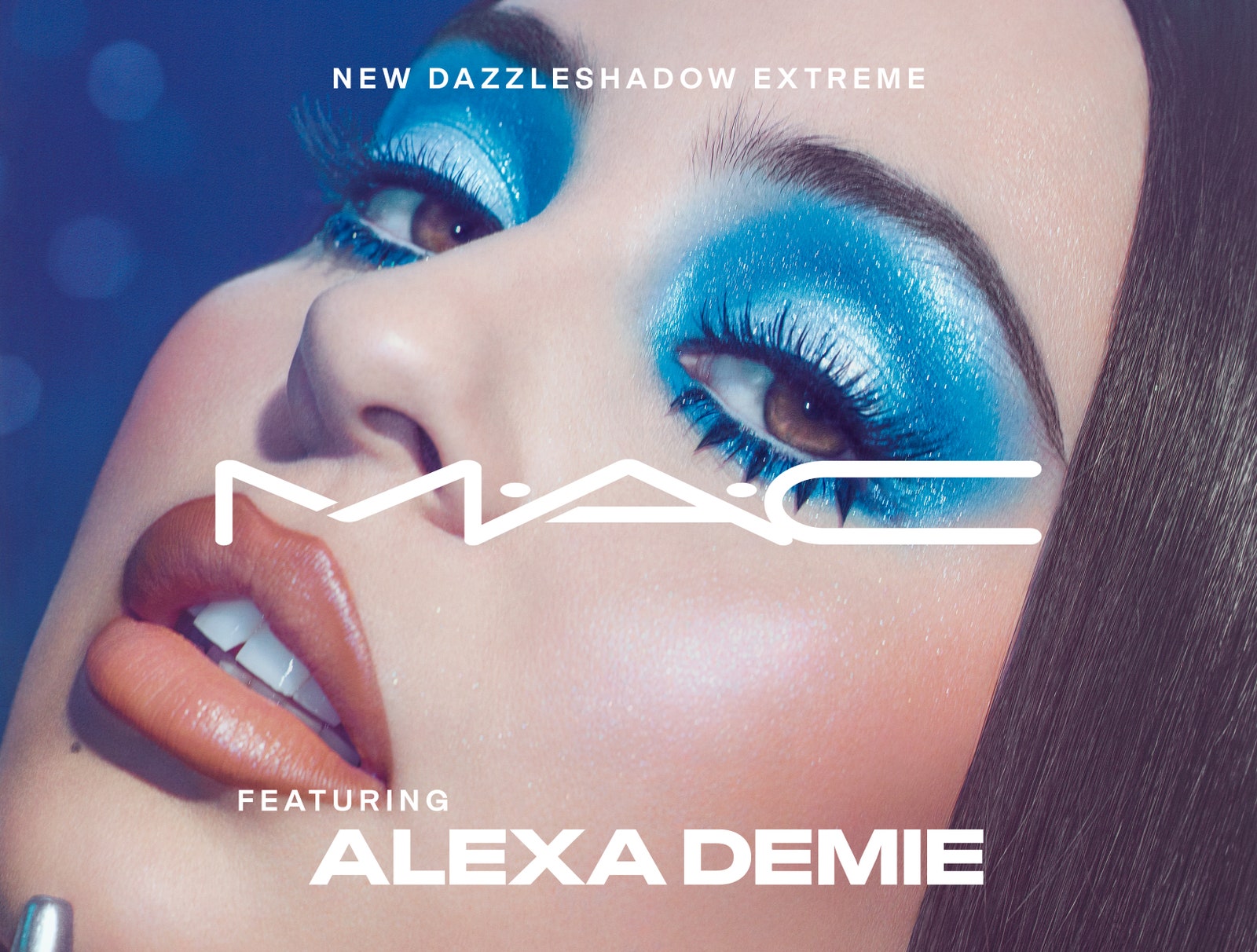 Hunter Schafer stars as Jules Vaughn in everyone’s new favorite series. The actress, model, and activist has a new title, as Shiseido Makeup's Global Brand Ambassador. Shafer views makeup as an art form that has no limits. This view on makeup very closely parallels Shiseido's view on the medium. James Boehmer, Global Artistic Director for Shiseido Makeup claims “She really represents the current zeitgeist of beauty in that there are no rules, no boundaries, and no restrictions.” Boehmer added, “She continues to write her own narrative, which is what we encourage people to do with makeup.” 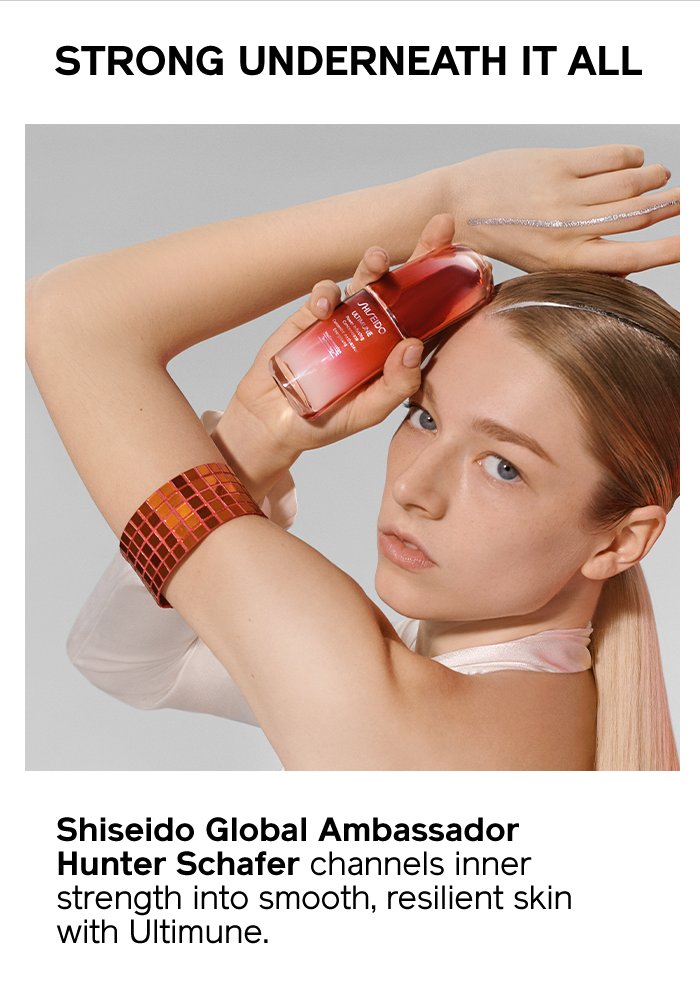 Shiseido is not the only brand to capitalize on Schafer’s star quality. Prada recently featured Schafer as the face of their new campaign featuring the Galleria Bag. Prada is an iconic pioneer within the fashion world and Schafer was a perfect choice to carry this legacy. 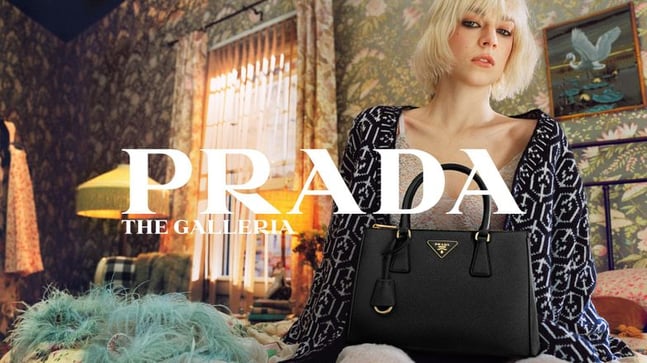 Zendaya has made her name in the industry in more ways than one. In Euphoria, Zendaya stars as Rue, a recovering drug addict who falls in love with her best friend Jules. 24-year-old Zendaya embodies everything about her generation in a way that is appealing to brands everywhere. She is an activist, singer, actor, dancer, and a favorite on the red carpet. Additionally, Zendaya is one of very few stars to gracefully make the transition from Disney Channel to more adult content.

The actress and singer is "a natural representative" of Valentino’s "contemporary concept of romanticism". The feeling between Valentino and Zendaya is very mutual. Over the years, Zendaya has worked with countless brands such as Lancome, Tommy Hilfiger, Boohoo, and CoverGirl. Zendaya has a natural ability to take every opportunity she is granted and use it as a way to advocate for better in the world. This is just one attribute that makes her so appealing to brands. 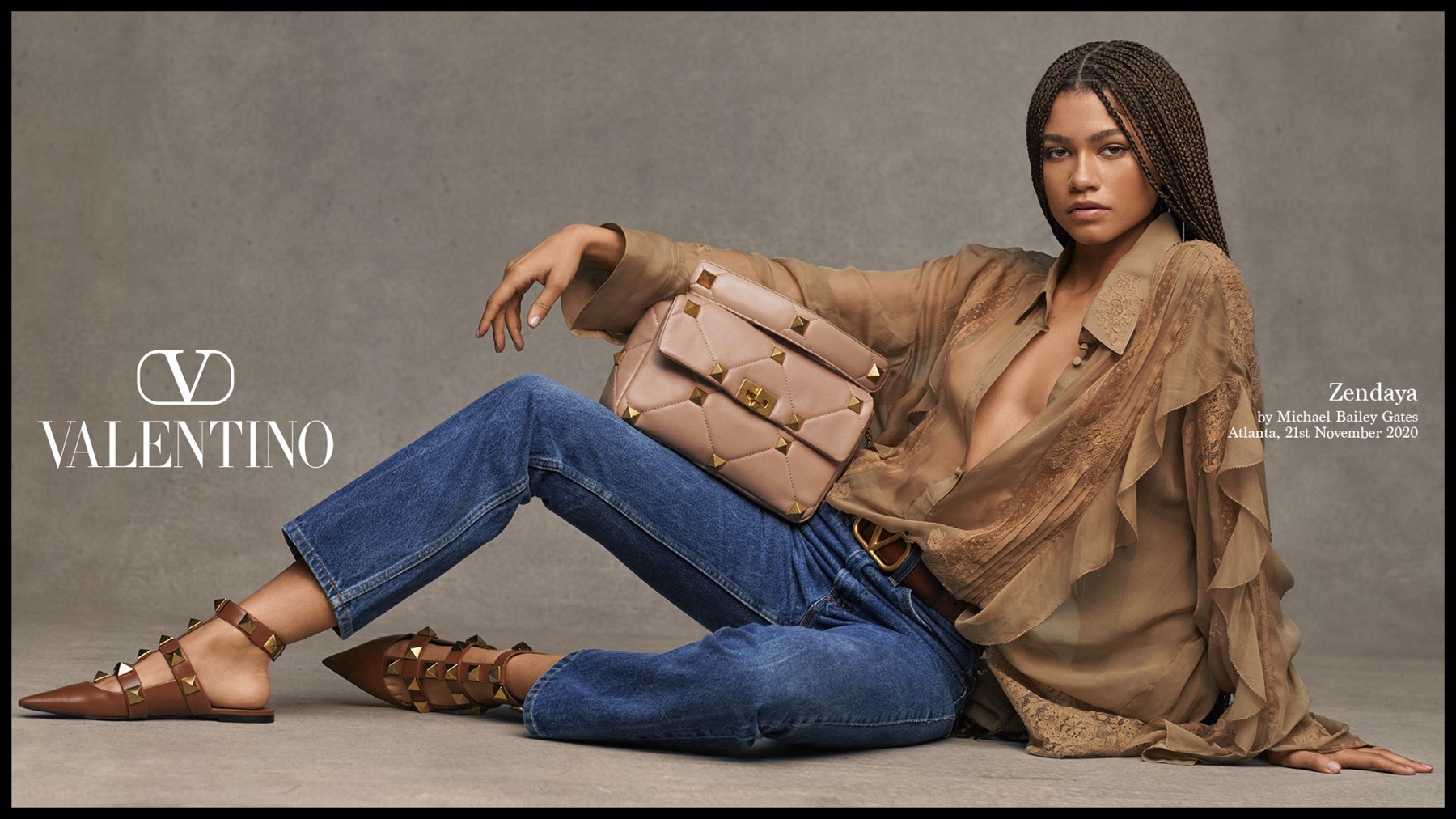 Barbara Linhares Ferreira is an actress and model who faced the spotlight as Kat Hernandez in Euphoria. BECCA has shockingly never had a celebrity spokesperson, making Ferreira the first. Like several other Euphoria stars, being part of the show inspired Ferreira with a new passion for beauty. BECCA’s products speak to Ferreira’s love for fresh and natural looks. The actress has had immense success previously as a plus-size model but struggled to break into the beauty industry. Ferreira feels as if the beauty industry has progressed at a much slower rate in terms of inclusivity. BECCA’s collaboration with Barbie is certainly one step in the right direction. 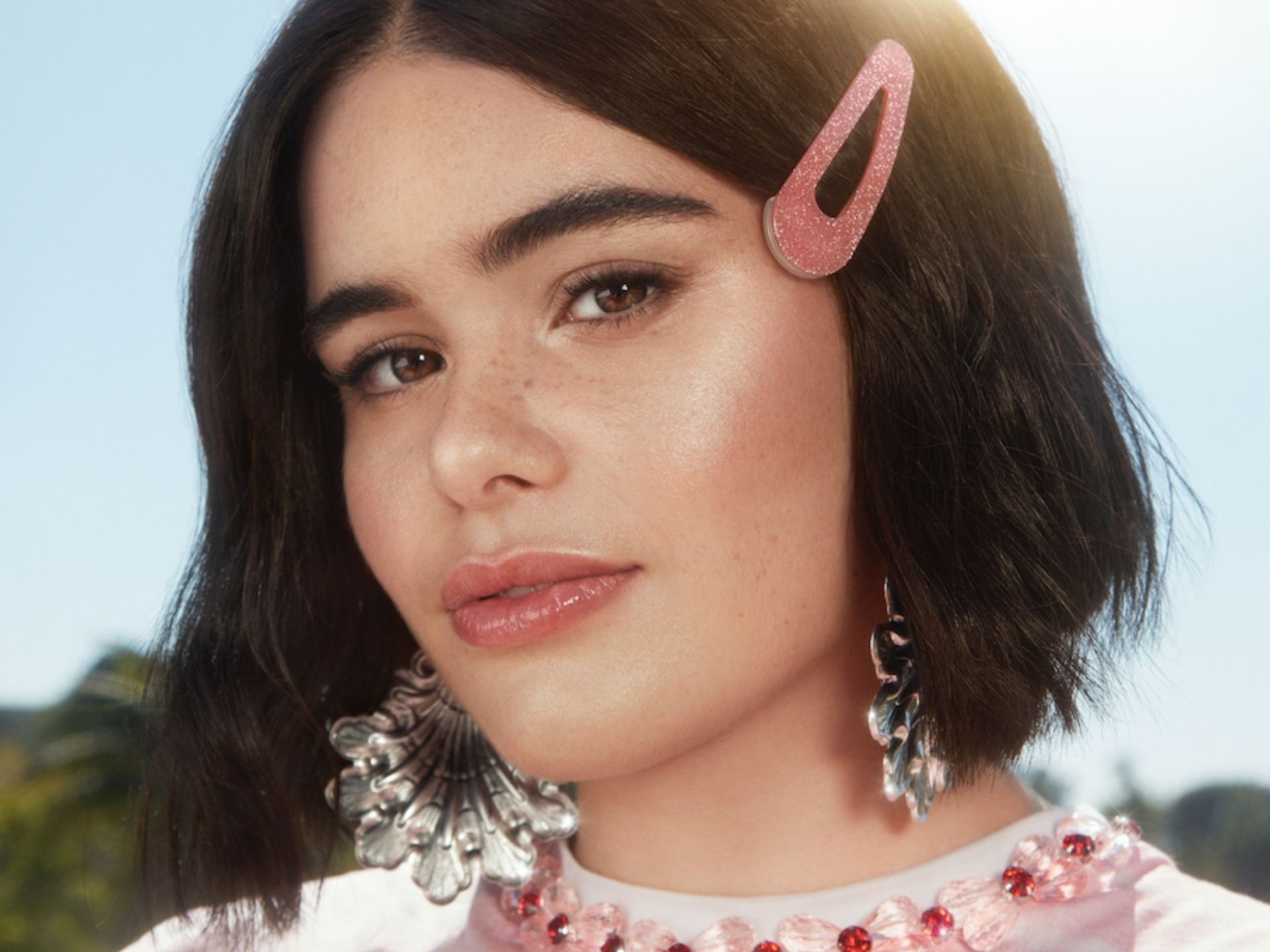 Just as Euphoria acted as a catalyst for these star’s careers, these celebrities are catapulting these brands to the forefront. It’s the Hollywood circle of life! HBO’s hit show has paved the way for makeup and fashion trends that have dominated the lives of gen z both on and offline. The cast is diverse and provides characters anyone can find a piece of themselves in. These qualities make the stars perfect candidates any brand would dream of working with. Season two of the series is currently in production and you can bet these stars will only propel further and further.

Euphoria is just one of many television shows that have brought brands into the limelight with them. To learn about more successful celeb/brand partnerships, check out our blogs below!

Looking for ways to get stars like these to elevate your business? Click below for our e-book to learn how to get celebrities to your brand's event!