Send In The Clowns

What do you think of when you see the word TikTok? Maybe it’s viral dancing videos. Or perhaps cute animal clips. Maybe even niche genres come to mind like FinTok, BookTok, or MakeupTok. It’s definitely all that and more! What do all these videos have in common? Entertainment. Entertainment is at the heart of TikTok; it is the go-to spot for creatives of all types to share and connect. This is especially true for creatives in Hollywood, as aspiring actors, writers, and filmmakers flock to the app to share their work.

Hollywood is now starting to take notice of these up-and-coming TikTok stars and seeing their value to the movie industry. In this blog, Hollywood Branded will show you just how far TikTok’s reach has grown and how it’s changing the film industry. 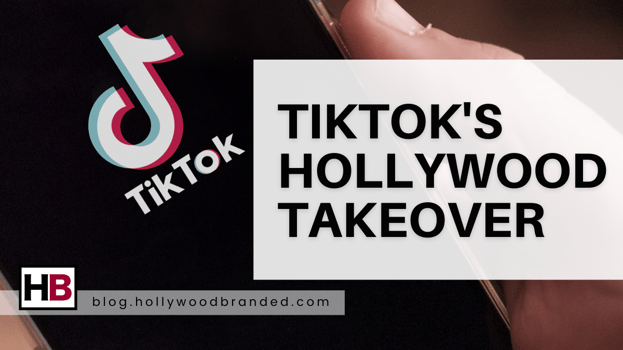 When it comes to entertainment, audiences have many options. Streaming services, podcasts, YouTube, social media, and beyond. It’s no wonder that movie theatre attendance is at a historic low with all these choices. Even before the Covid-19 pandemic, the movie industry was dealing with lower demand for in-theatre viewing. On top of that, award show audience rating statistics have been steadily declining to their lowest numbers on record. The decline is the steepest among younger demographics. Thanks to TikTok, these numbers may soon change for the better.

TikTok has over one billion monthly users. That’s right. BILLION. The app’s user base is increasingly diverse, but what’s interesting is that it is more targeted to a younger demographic. Roughly 43% of TikTok’s audience is between 18 and 24 years old, and 22% are under 19 years old. The app is even more popular than Instagram among Gen Z. This is where Hollywood is taking notice.

As TikTok has grown to be an unavoidable fixture in people’s lives, major Hollywood studios and award shows have turned to the platform’s creators for help in promoting their projects. Within the past year, TikTok has shown up at all major award shows, movie premieres, and also film festivals. The platform is even making its way into movies itself—in Judd Apatow’s The Bubble, audiences saw all the big stars like Iris Apatow, Leslie Mann, and Pedro Pascal create a dance video for the app. These TikTok stars are bringing in millions of views for these projects, and may very well bring audiences back to Hollywood.

Meet the TikTokers Who Are Changing Hollywood

As Reese puts it, he makes videos “about working on TV shows & movies.” One of his first viral videos showcases him working as a production assistant and prepping for a table read on the set of The Marvelous Mrs. Maisel. Now, his account features fun encounters with celebrities, content related to shows & movies, and behind-the-scenes red-carpet exclusives. His content caught the eye of Hollywood professionals and now he is running content for some of the biggest names in the industry. Since joining TikTok, Reese has partnered with the Oscars, Showtime, and productions like Stranger Things.

this is the proudest I’ve ever felt about a video I’ve made, so I really hope you guys enjoy it 🥲 #OscarsAtHome #Oscars #andrewgarfield #zendaya #timotheechalamet #academyawards @oscars

♬ As It Was - Harry Styles

Have you ever pretended to be in a talk show with your favorite late-night host? Don’t lie. Emily decided to take her pretending to the next level. Her account is filled with her recreating kinds of specific celebrity interviews and media interactions. Everything from BuzzFeed quiz videos to winning award reactions. She turned her love of late-night talk shows and passion for acting into social stardom. Since joining TikTok, Emily has partnered with the Oscars, AmFAR Gala, and Cannes Film Festival.

Juju Green wants to be your go-to movie guy. His account is full of fresh takes on film and TV patterns. If you want to learn more about upcoming movies, reviews, or even just learn cool movie facts, his account is the one you want. Since joining TikTok, Juju has partnered with Sony, Google, Hulu, and the Oscars.

Madelaine first went viral with her on-point parody of Wes Anderson’s filmmaking. Her account is filled with artful homages to different styles of cinematography and impressive skits. Since joining TikTok, she has partnered with brands like Glossier and KFC, and even makes sponsored content for Oscar-nominated films.

The 94th Academy Awards was one of the first awards shows to embrace TikTok. The Oscars partnered with the platform to help create buzz around one of the biggest events in Hollywood and boost ratings with younger demographics. They even partnered with 24 TikTok creators, including Reese, Emily, and Juju for behind-the-scenes looks and celebrity interviews. Emily and Juju hosted TikTok’s live stream of the event. Celebrities even got in on the action by posting videos of them getting ready for the big event. Oscar-winner Jessica Chastain has proven herself to be a wizard of the TikTok get ready with me video. 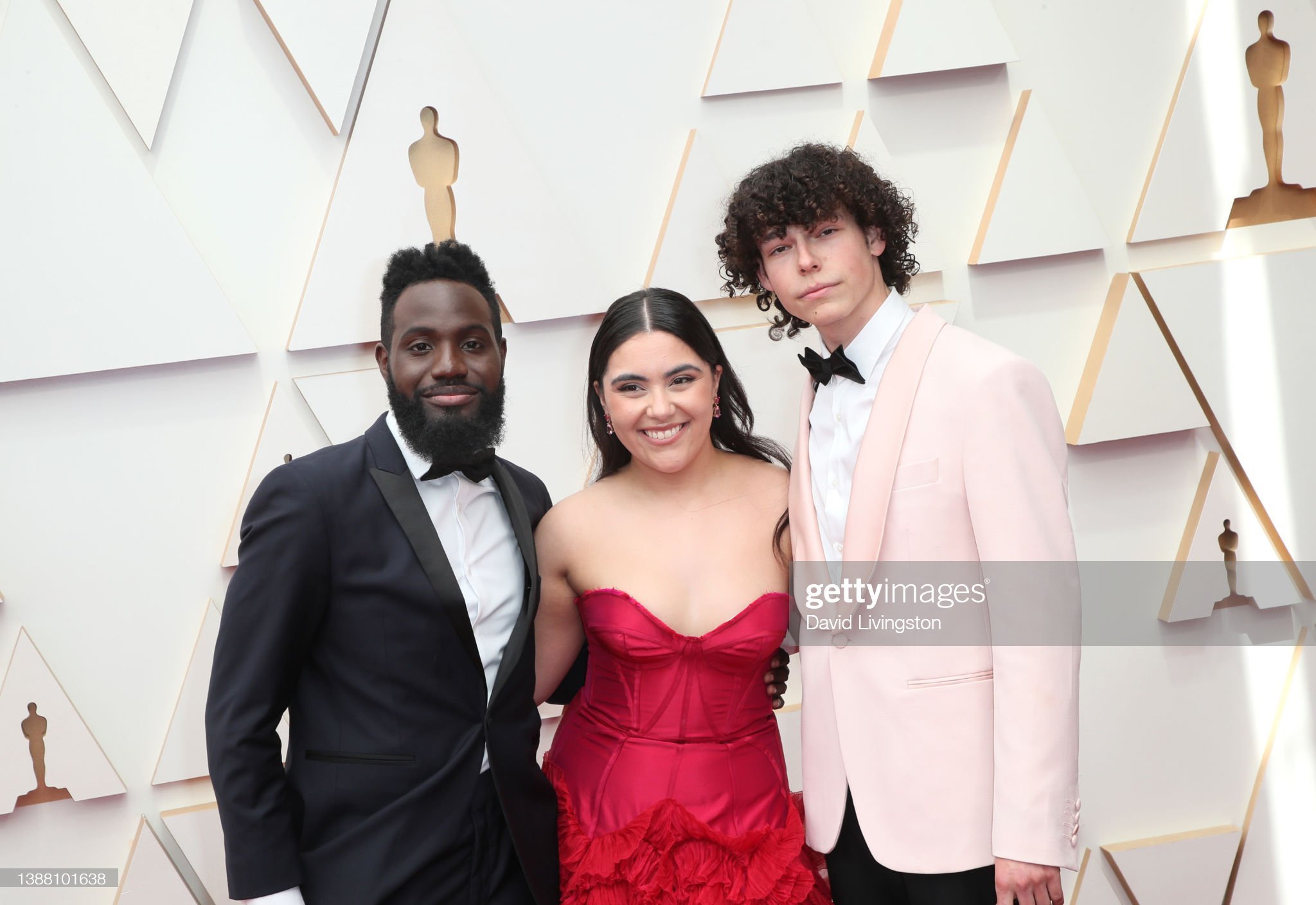 The Oscars didn’t just bring TikTok to the red carpet, they also brought it into the show itself. The song “We Don’t Talk About Bruno” from Disney’s Encanto was given a lavish performance in the middle of the show, despite not being nominated for any awards. The performance was probably created because the song went viral in social media circles, most especially on TikTok with 19.5 billion views.

To top it all off, TikTok created special hashtags for the event. #OscarsAtHome was used for audiences to show how they were celebrating the big night, and a filter could be used with the iconic Oscars statue.

Cannes Film Festival is one of the largest and most influential festivals in the world. However, it’s no stranger to a decline in interest over the past few years—especially after banning selfies on the red carpet. However, the festival decided to take a note from Gen Z and enter the 21st century by making TikTok an official partner of the festival. Twenty TikTok content creators from all over the globe were invited to the fest. Some of the content included red carpet live streams, behind-the-scenes looks, and creators' authentic Cannes experiences.

Additionally, the Cannes-TikTok partnership included an international short film competition where app users could create a short film using the hashtag #tiktokshortfilm. Finalists were chosen in three categories—Grand Prix, Best Script, and Best Editing—by a panel of filmmakers. While the category experienced a roller coaster of drama, two Grand Prix winners were announced. Mabuta Motoki for his short film Is it Okay to Chop Down Trees? and Matej Rimanic for his short film Love in Plane Sight. The best editing prize went to Tim Hamilton and best script to Claudia Cochet.

The partnership is equally beneficial for TikTok, as it allows the platform to showcase to filmmakers that the app is more than just a virtual space for teenagers to make lip-sync videos. TikTok gets to introduce some of its best and brightest filmmakers, and Cannes Film Festival now appeals to a younger generation of movie buffs. Win-win!

Even movies are changing their promotional strategies. Films now have social media managers during filming. Yes, you read that correctly. During production. Upcoming Searchlight Pictures movie Not Okay, starring Zoey Deutch and Dylan O'Brien, created a TikTok account full of trends and behind-the-scenes to promote the film. It has garnered 308.8k followers, and over 10 million likes. Fun fact: the social media manager for the account is our good friend Reese (@guywithamoviecamera).

The Russo Brothers, you know...the directors of Avengers: Infinity War and Avengers: Endgame, have even hired social media managers (who are honestly stars in their own right) for their production company, AGBO Films. Even the director duo themselves are heavily involved with the TikTok process as they act in many of the hilarious videos. The account has 304.5k followers and over 7.4 million likes.

♬ Inside Their Head - TT remix

In the ever-changing world of Hollywood, TikTok has found its foothold. The video-centric format of the platform is the perfect partner for the film industry. The true impact of TikTok on the movie industry and award shows is yet to be seen, but what we do know is that it has created access and opportunity for creators. If Hollywood continues to support and lift up these TikTok creators, we may be looking at the next generation of iconic directors, actors, and writers. Who knows? Maybe we'll see one of them win an Oscar someday.

Eager to learn more? Check out these blogs written by the Hollywood Branded team filled with similar content.