As the holidays are now upon us, many of us are revisiting some of our favorite holiday films. We would be remiss not to mention two of the most popular holiday classics - Home Alone 1 and 2! With the star power of names like Macauly Caulkin, Joe Pesci and Catherine O'Hara (certainly not a big name at the time but now more popular than ever thanks to Schitt's Creek!), these films are must watch for every household in December.

One note that bears repeat on the subject of these holiday classics is the product placement in the films and the way it helps tell the story! There are so many brands throughout the film and of course a classic toy line created just for the film! In this blog, Hollywood Branded examines the top product placements in the Home Alone 1 and 2 and how they have stood the test of time.

Food and beverage brands are all over these films. It makes sense, as the hero of the story is a little boy left to his own devices both at home and in New York City in each film. What is a child going to do when he gets to choose what he eats every day, naturally it will be a lot of pizza and candy.

One of the most prominent placements is of the soft drink brand, Pepsi. The soda gets both a clear logo shot and even a verbal call out when the drink is used to emphasize that Kevin's younger cousin has a problem with wetting the bed. As his sips his drink with a coy smile on his face, his father remarks, “Fuller, go easy on the Pepsi.”

Candy brands like Fruit Stripe gum also got a memorable usage as the camera zooms in when Kevin asks the bellboy (in Home Alone 2) played by Rob Schneider if he accepts tips. When the bellboy confirms that he does, he holds out his hand expecting to receive cash and instead the camera pans in to show this stick of gum and then a hilarious pan up to the look of anger on Schneider's face.

In another comedic moment of the first film, Kevin tracks down a local Santa Clause working at Santa's workshop and confronts him as he's getting into his car to ask him a favor. After his charming plea to return his family, Santa Clause feels obligated to give him a piece of candy (naturally to preserve the image of being a legitimate Santa) but doesn't have any candy canes with him. Upon commenting that his elf took the last candy cane to give to her boyfriend he instead gives Kevin some TicTacs in an exchange you can't help but chuckle at. 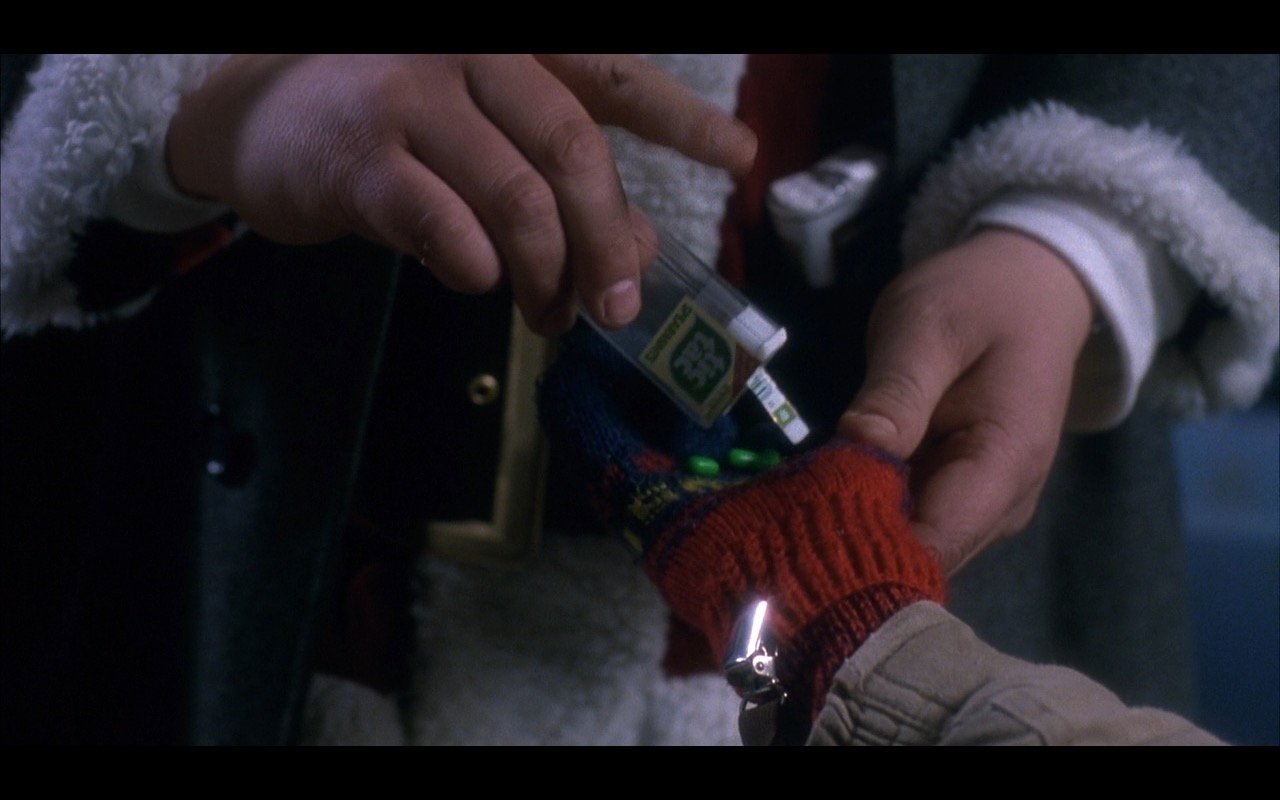 In fact there are COUNTLESS placements for various brands throughout the film including more appearances by Pepsi as well as Frito-Lay, Wonderbread, Kraft, Tropicana and so many more! 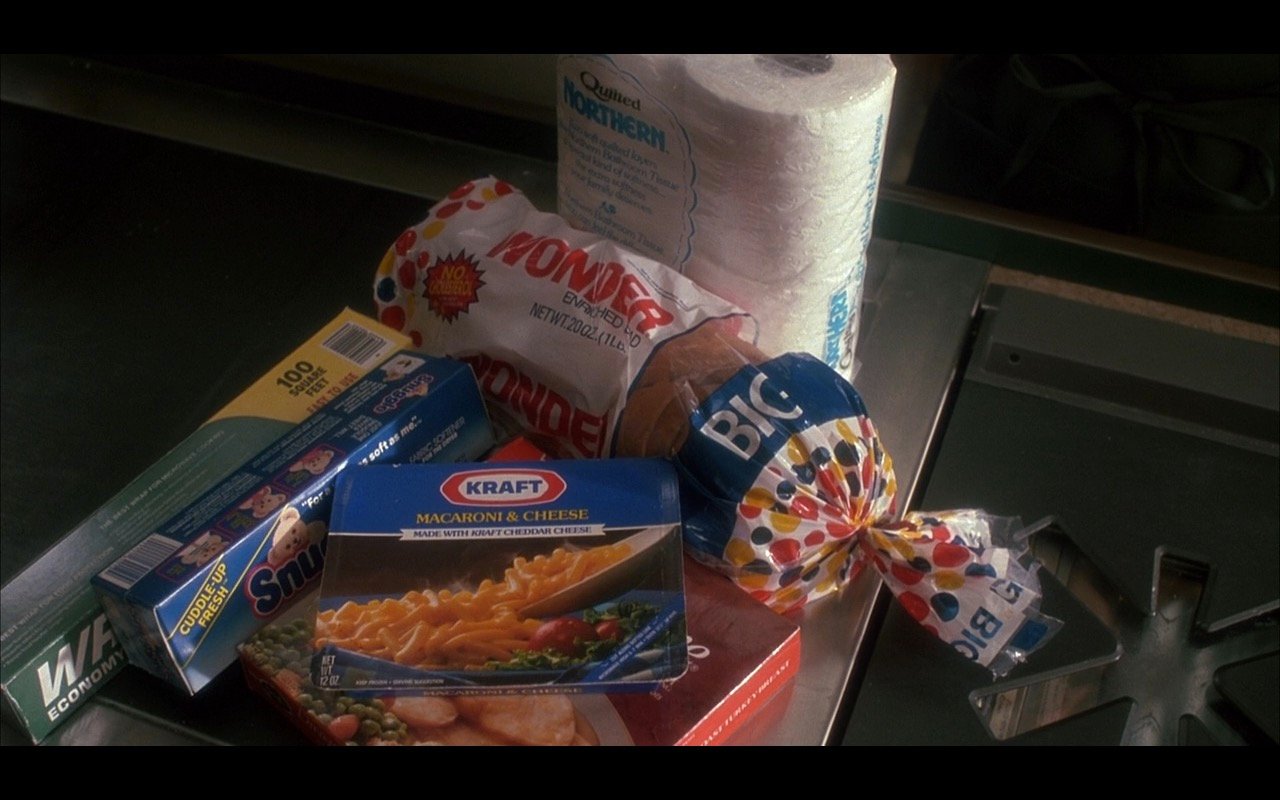 Travel and electronic brands are crucial to both films as Kevin relies as much on technology as he does his own wit for survival. As Kevin is famously left behind and wonders into the wrong plane at the beginning of Home Alone 2, American Airlines receives extensive placements with branding on the planes, airport security, flight attendants and the tickets we see the characters carrying prominently throughout the film. It was crucial for the film to have prominent usage of both an airport and a plane to shoot the scenes in which the family sets off for their Florida vacation. It is most likely that the brand provided usage of their planes, equipment and uniforms in exchange for the prominent product placements seen like this one below. 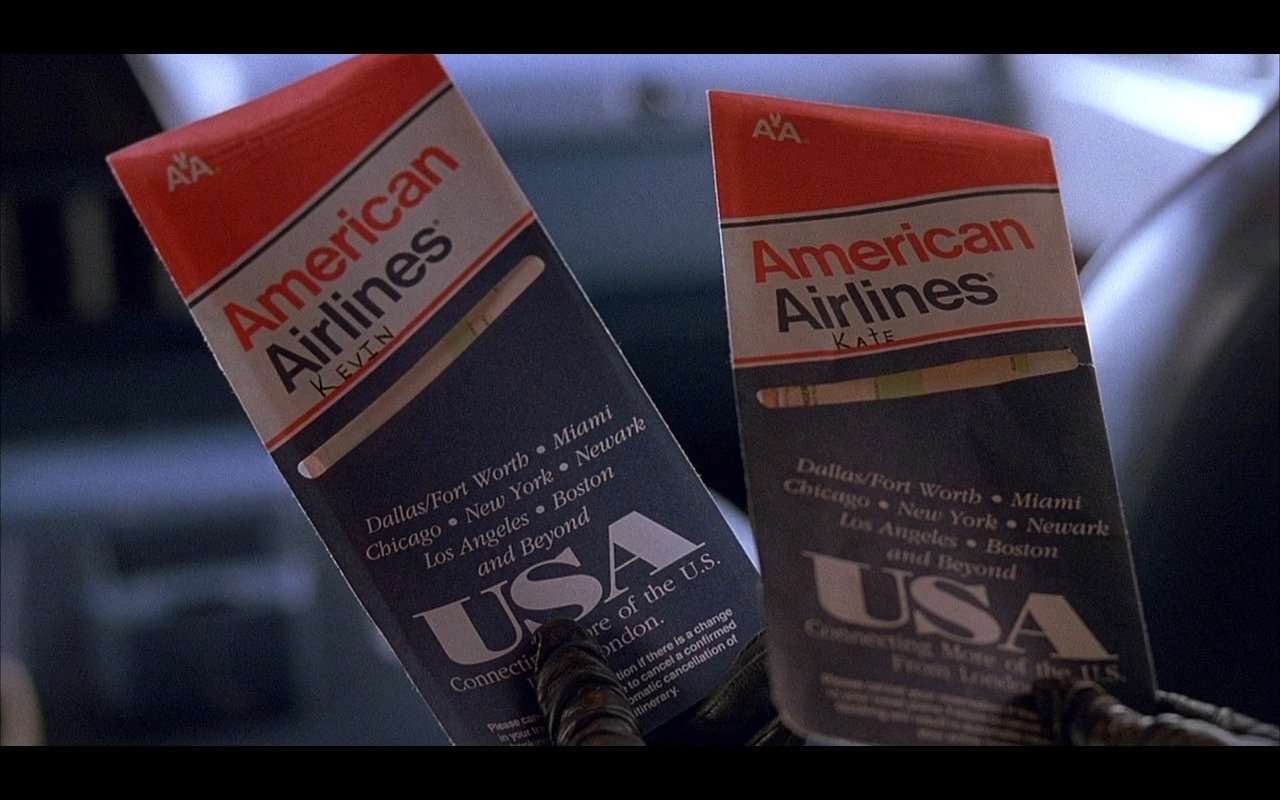 In both films Kevin is often seen lounging around watching television, including the famously quoted fake gangster film with the tommy gun-toting villain. This became an excellent opportunity to feature brands like Zenith, RCA, Symphonic and Emerson. As there are an array of different electronic brands featured throughout the film, we can be sure that most of these products were provided on a loan basis and not paid. Typically for a paid integration, exclusivity is a requirement as most brands won't want competing brands to be featured in along with their own branded product. 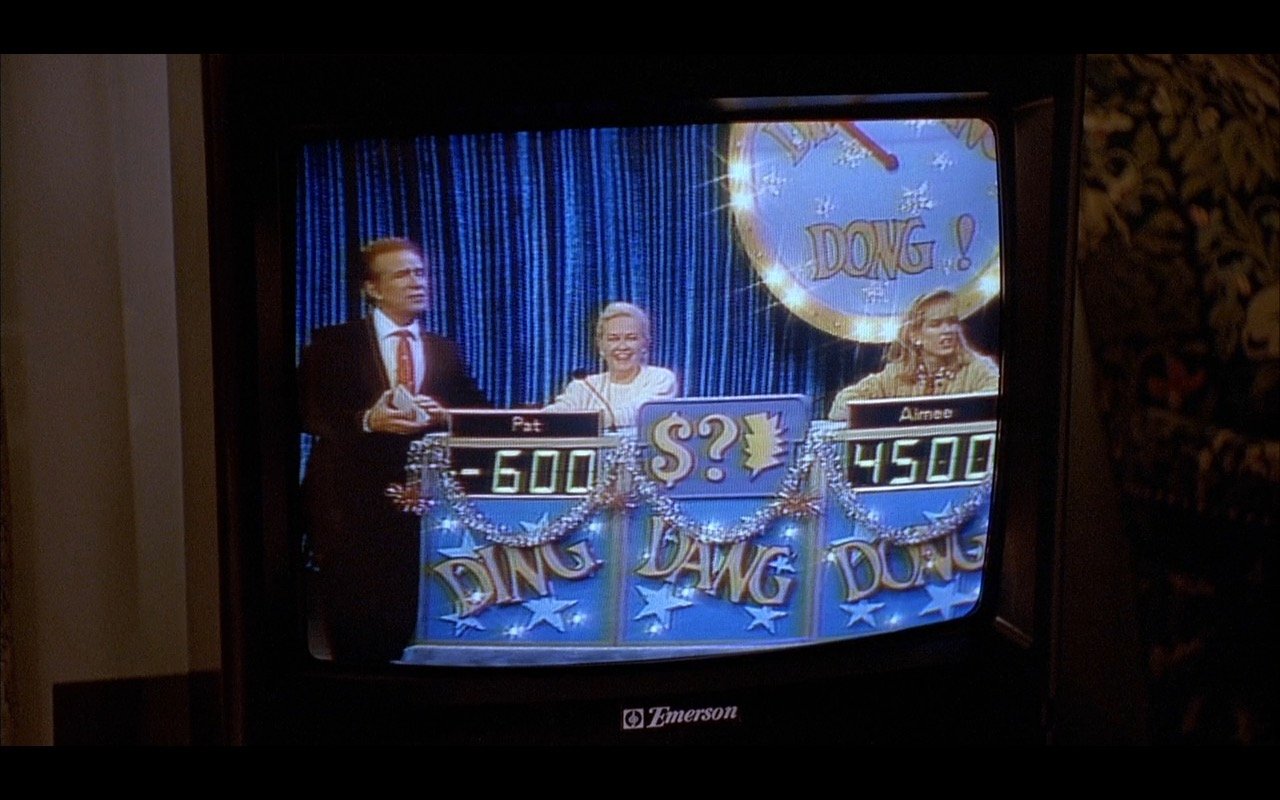 The Classic: The Talkboy

Of course the winner of best product placement in both films easily goes to The Talkboy! As a simple tape recorder with a function to slow down the recording and later the voice as fast for a high pitch or slow for a lower one, the branded toy was invented specifically for this film, as it allows Kevin to trick adult into thinking he is one himself when using the phone. Produced by Tiger Toys, between the two films this toy sold in the MILLIONS! 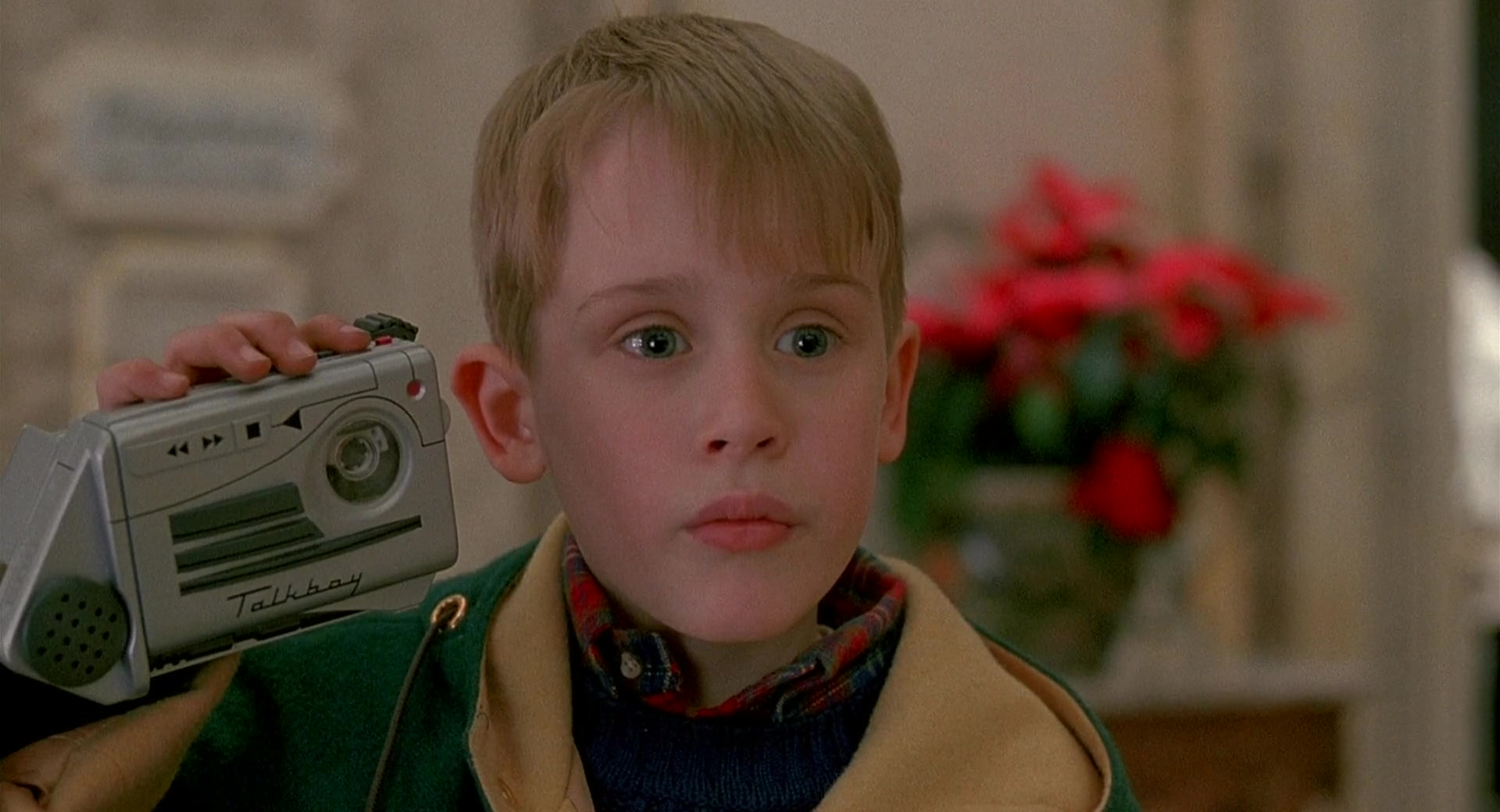 Initial sales after the first film weren't great as noted by a rep at the time due to the fact that the toy's features in real life are not as advanced as in the film. Yet by the second film, the toys were flying off the shelves at a rapid rate the brand could barely keep up with in inventory. The writer of this blog was one such child who owned both the Talkboy and even a pull-string doll of Kevin. In hindsight it is kind of weird that kids wanted a large doll that was just Macauly Caulkin, but hey, that's the nineties for you! Designing a toy to be featured throughout both films in different ways proved a real slam dunk for Tiger Toys and is as a result one of the most iconic holiday product placements from any film in the nineties. They even made a Talkgirl, which is the exact same device but in pink!

Product Placement and YOUR Brand!

Brands truly proved to play a pivotal role in both films as they help frame the characters firmly in the middle class world of the Chicago suburbs. Both movies are rooted so firmly in nineties pop culture and this is only possible with support of the product placement that creates the world surround Kevin McAllister as he navigates it. The ways in which even seemingly small and less pronounced placements can serve both your brand and the production are truly much bigger than you'd think. Of all the holiday gifts your brand can receive, product placement is the gift that keeps on giving!