What's your favorite season? Spring? Summer? Fall? Winter? Here at Hollywood Branded, ours is Awards. Award shows are full of glitz, glamour, and brands! Millions of people around the world race to watch their favorite TV show, movie, or celebrity take home a statue. However, things are about to change.

The award show landscape we know is about to get totally shaken up! The independent film awards ceremony, Spirit Awards, which is held on the beach in Santa Monica each Awards Season, is going gender neutral. And it’s a really interesting concept if you take a moment to truly think about it. In this blog, Hollywood Branded discusses the Spirit Awards' gender-neutral announcement and how it may affect future awards shows.

What I bet you might not know is the Spirit Awards is not the first – and it is a rising trend we are going to be seeing in 2023 and beyond, with a likely adaptation by all Awards entities in the next years ahead. Hollywood often leads the charge in shaking things up in working to balance discrimination, and gender neutrality is a topic that you have been seeing more and more portrayed in films and series - will now see at the award shows that honor them.

In fact, the Grammy’s, the MTV Movie & TV Awards, British Independent Film Awards, Canadian Screen Awards and Gotham Awards have all announced the removal of gender identity. For MTV, this isn't even new. Way back when in 2017, Emma Watson accepted MTV’s first gender-neutral acting award. 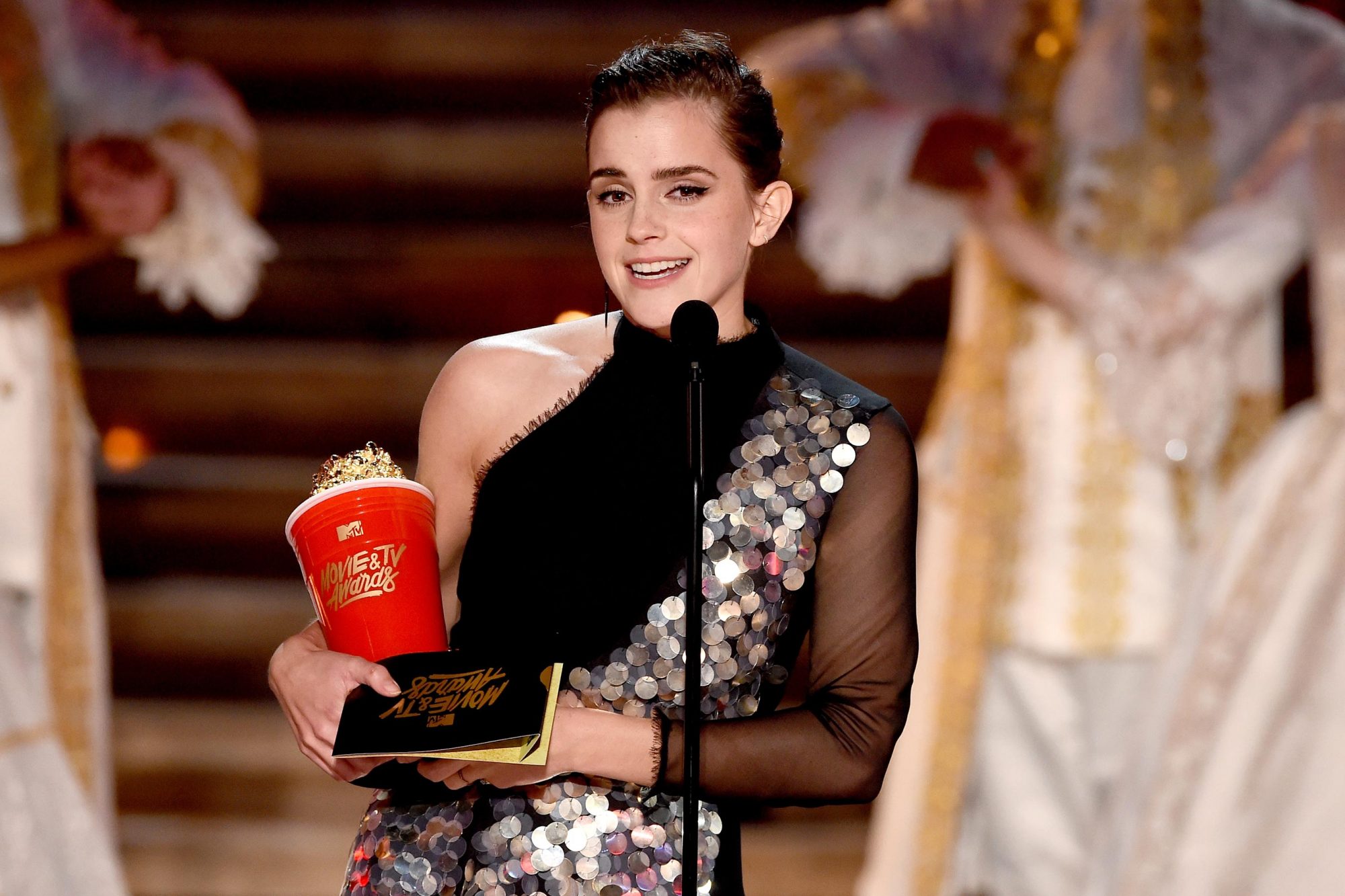 I know this is upsetting to some people, and embraced and loved by others. Change always is a disruptor, and I'm not here to use my platform to debate the topic. We are all part of an evolving species in a world that is dynamic, where what once may have sounded insane to some (what, women vote!?!?) now sounds absolutely archaic. At least I hope no one is challenging women's rights to vote, right? We have at least that right still - if we keep on remembering to use that vote.

There's More Than Meets The Eye

Looking at this through a lens that can be understood by all - this is much more than being about gender pronouns. This is the next step to leveling the potential playing field that has massive financial discrepancies between the men and women (and those who don't identify as either) who adorn our silver (and small) screens. It affects those on set, behind the scenes and peering through the camera's lens for that perfect shot. Hollywood is certainly not the only industry where men, by and large, get paid a tremendous amount more than women. Always have - but might not anymore fall into the 'always will.'

For the Spirits Awards, their new system will include all lead and supporting categories and instead combine them with 10 nominations each for Best Lead Performance and Best Supporting Performance for film and series. They are also adding in an additional film category of Best Breakthrough Performance, which will give a nod to those emerging and rising talents.

At the end of the day though, that means only ONE person will win. Talk about a Squid Game win. One last man/woman/nonbinary left standing to win the glory of BEST. 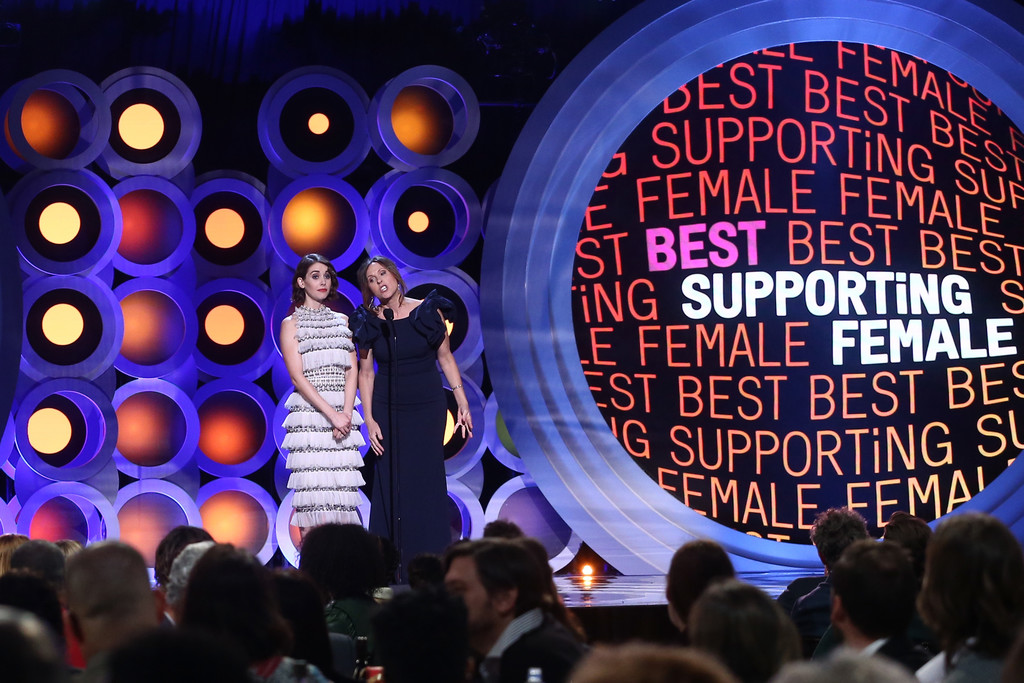 I understand the mechanics of why this makes sense. Growing up, it was always the male actor who won the Academy Awards that got the attention. I did a quick google and didn't want to go down that wormhole, but I really do remember growing up where first came the Best Female, and THEN as the show led up to its hallowed glory of Best Picture, the Best Actor would be showcased. That meant the male actor was always just a little better. And that holds true today. Men make more money in most, if not all, fields - including movies.  And when women ask for more - they often get made to feel less worthy. I've experienced this myself directly throughout my career - including on sales pitches for my agency.

The negative on this to me is that productions will themselves be getting a bit less of their own opportunity for glam and PR, as those films with standout male and female leads can only win one time and less talent overall will be celebrated attached to the film or series – when there is only 1 winner. So welcome to Squid Game – game on. We’ll be seeing a fight to the end, and it's going to be very interesting to see how those votes go. It’s a big switch.

The other change for the Spirits Awards is that what is considered an “indie” film is having its maximum entry for films' budgets raised due to rising costs of productions. This means any film with a film budget cap of up to $30 million qualifies – instead of the $22.5 million of 2019. The Spirit Awards is going to feel a lot more, well–commercial, in that the more word-of-mouth films with bigger established actors (and paychecks) are going to be eligible to win. It’s not a crazy amount of difference when millions quickly add up on a set.

Yes. An independent film can cost 30 million dollars. So don't look down your nose too much when thinking a production doesn't have a distributor attached to it, so it must not be anything of worth. ;) Lots of films shoot in this range - and even much, much lower, that still get national or even global distribution after they have finished production. An exec producer has to hustle to get investors on board and film financing, which can make them very eager to work with brands to help make their content even better. Awards Season is so much more than red-carpet fashion and golden statues. It's also about brand partnerships! Brands across so many categories have an opportunity during Awards Season to capture a bit of the attention consumers are giving to their favored content while leveraging their exposure to a fantastic sampling of high household income participants and fans. Check out the blogs below to learn all about it!