When Two Is Better Than One

Brands are no strangers to celebrity endorsements. It’s a common and often, very successful way to add to your brand’s advertising methods. Choosing the right celebrity is crucial, and as more and more celebrities are inviting fans into their homes via reality shows and social media, the celebrity couple is sometimes even more impactful.

Just recently a client of ours looking for a celebrity endorsement partner mentioned how they’d love to find a woman who has a recognizable partner as well in case there are future opportunities to do something with them together. The pairing of the two, and sometimes more if we’re including their kids, really makes more engaging and relatable content. In this blog, Hollywood Branded takes a look at some of the best branding power couples in Hollywood! 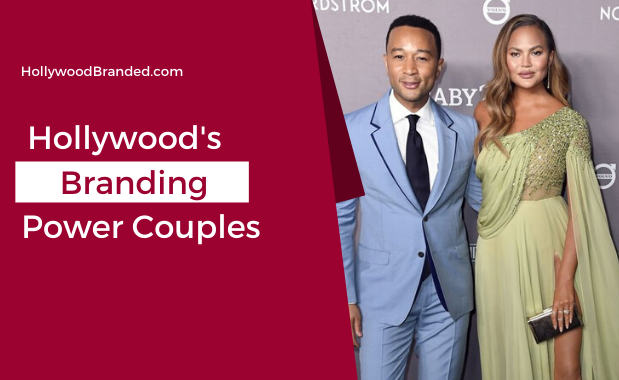 We’re getting to the point with these two where you really don’t know one without the other. Married in 2013, the couple has made a name for themselves by being extremely honest about both the joy and work that goes into their marriage. They’re also extremely funny and share very relatable moments in their family like when Kristen and her daughters got worms… It’s true. Google it.

It’s instances like these that make the pair a perfect couple for brand partnerships. Just ask Samsung! The brand partnered with the couple for years to promote their tablet. The pair have taken this power to help fuel their own brand now. In 2019, in partnership with Walmart, they launched Hello Bello, described by Business Insider as an affordable, plant-based baby line that aims to democratize great organic baby products, so parents don’t have to choose between saving money and buying the best product possible. 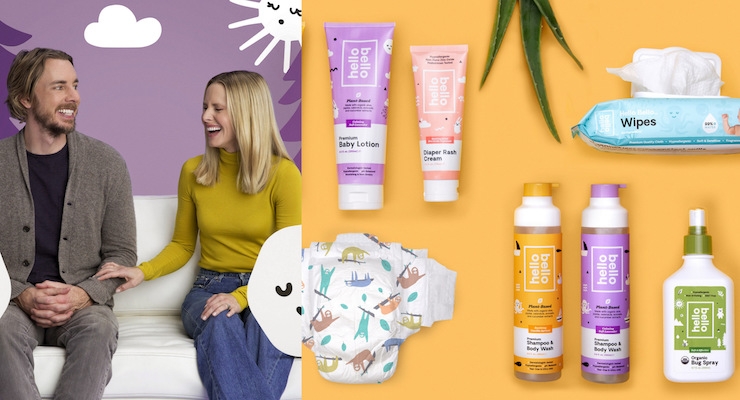 Between the recent success of Frozen II and Dax’s extremely popular podcast and multiple acting gigs, these two are doing great on their own, but together they’re a powerhouse.

This couple is notorious for having each other’s backs. Always the first to come to one’s defense in a social media scuffle, the two take their Union seriously. With Union a famous actress and Wade a famous basketball player, the two appeal to different markets. However, when paired together, they’re hitting those two demographics and more.

In early 2019, Gatorade picked up on this couples-goldmine and ran a commercial showcasing the two working out, competing against each other in the gym. The first campaign for the brand’s sugar free drink was a huge success, and really proved that these two are a commercial name.

This couldn’t be a power couple blog without a mention of Kimye. The couple, who married in 2014, have more than doubled their net worth since they’ve been together.

With extremely lucrative Instagram posts always there to keep her family well afloat, Kim has used her social platforms to boost hers and Kanye’s businesses. Taking a page from her younger sister’s book, in June of 2017 Kim launched KKW BEAUTY, a makeup line inspired by her iconic glam, and in 2019 she launched shapewear and loungewear brand, SKIMS.

All the while Kanye has been building his own empire with Yeezy, a streetwear brand known for its sneakers and unique take on casual wear. Yeezy is really where the power couple comes in. Kim of course having the hook up, has carte blanche to the Yeezy closet, and the industry notices. It’s common practice that the second Kim is seen wearing a Yeezy piece, it’s sold out in minutes. In 2018, Kim took a trip to Tokyo for the sole purpose of being photographed by paparazzi to advertise the launch of Yeezy Season 7. That was the brand’s advertising campaign... Kim... In Tokyo. And as expected, the photos went viral in hours, giving the brand more earned media than one could dream of. The icing on the cake was when this entire ordeal was captured on an episode of Keeping Up With The Kardashians, giving the brand even more exposure.

Here are a couple images from that Tokyo trip. 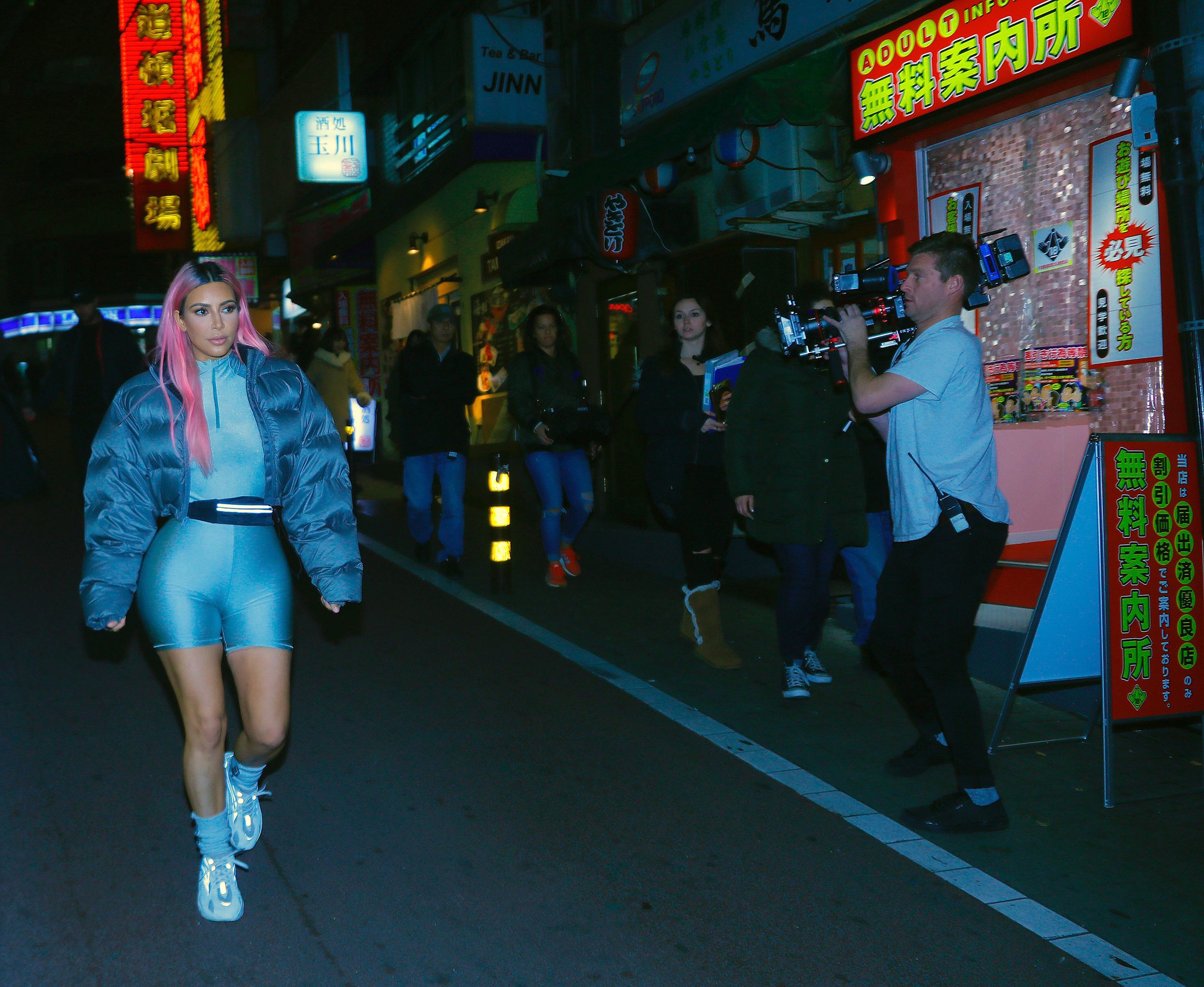 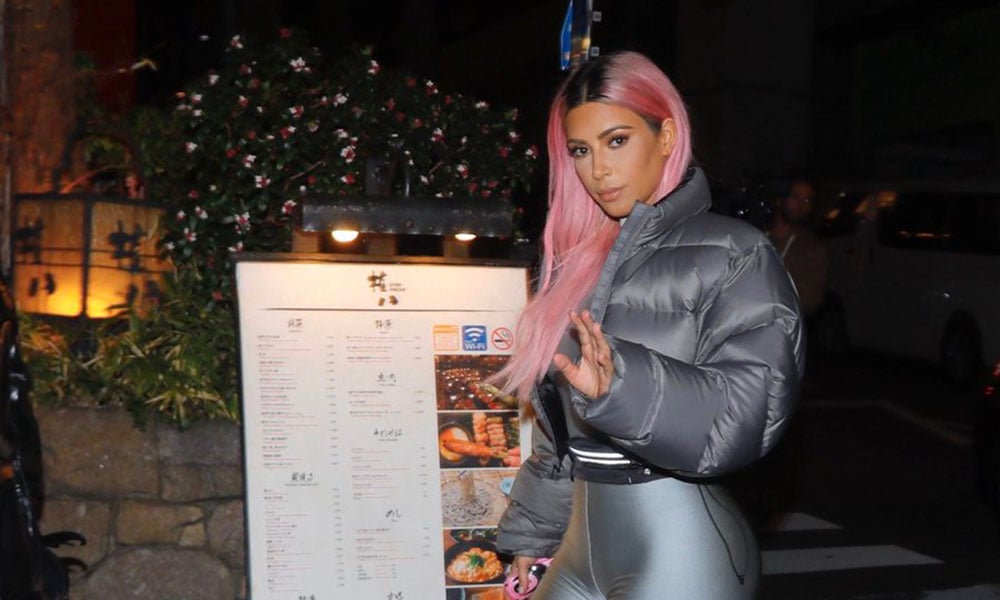 Kim later revealed that for Mother’s Day, Kanye gifted her a percentage of the Yeezy brand, and Ye, that’s a Mother’s Day gift to flaunt.

These two have been America’s golden couple ever since Chrissy joined Twitter. Known for being extremely open and very funny, millions aside, these two are some of the most relatable people in Hollywood. Chrissy has made a name for herself roasting her husband, and every wife can relate. These two have given the world an in depth look at their family, their kids, their family dinners, vacations, etc. making them a slam dunk for brands looking to reach a myriad of demographics.

Not only do the two help to promote each other’s projects between John Tweeting about Chrissy’s show Lip Sync Battle and Chrissy scattering mentions about John’s judging gig on The Voice, but they’re now getting gigs as a family. Our favorite is the partnership they did with Google that launched in 2018. The two did a series of commercials promoting John’s takeover of the Google Assistant, of course with Chrissy getting get John-digs in along the way. The spots were great – they were funny, informative, and proved that together the couple really is magic.

It hasn’t stopped with Google, though! Now it’s a full family affair. In 2018, the whole family got involved with a Pampers campaign that included their two children as well. The campaign was a massive success, delivering millions of impressions within days of it release. Check it out below!

You’ll also notice in a majority of these brand partnerships, that they continue on past the initial campaign. These brands are seeing that this works. When these ad campaigns release, there’s about at least a two month period where you truly cannot avoid them. They’re on your television, they’re on your Facebook, they’re on your Instagram, Twitter, Tiktok, etc… They receive massive engagement and usually enough earned media to justify the spend.

Compared to generations past, we’re at a time where equality in relationships is at its strongest. Women are in the workforce, and men are just as responsible for changing a diaper as women. The world’s family dynamics are changing in a really great way, and brands are seeing how to capitalize on that.

This is an incredibly popular topic in our industry, and one of the top reasons brands give us a call. So, as you can image, we have more to say about it! Check out some more celebrity endorsement content below.

Not all celebrity endorsements have to be a huge, expensive ad campaign. There are celebrities at every level that are available to do activation at every level. Learn how to dip your toe in the endorsement waters by having a celebrity at your next event.