To Celebrate the 25th anniversary of the television show, Friends, Ralph Lauren has designed a limited-edition collection, inspired by Jennifer Aniston’s character, Rachel Green. This partnership was launched in conjunction with Bloomingdale's, whom Rachel had a minor gig with, and Warner Brothers Consumer Products.

The collection is an innovative way for fans to experience the classic show, pulling Rachel's fictional life into the real world. Twenty-five years after the show premiered, it's still a constant source of fashion inspiration, and now, thanks to Ralph Lauren, you can dress just like Rachel. In this blog, Hollywood Branded explores the newly launched collaboration between Ralph Lauren and the television show Friends.

Rachel Green was known for being a fashionista and an avid trendsetter for many of the ’90s styles from her hairstyles to her outfits. This led to the collection being fittingly titled “The One Where They Wear Ralph Lauren.” While the collection is modeled after Rachel’s style, the fictitious Ralph Lauren employee and aspiring fashion executive, there are still multiple options for men including suit jackets, sport coats, and classic button-downs. 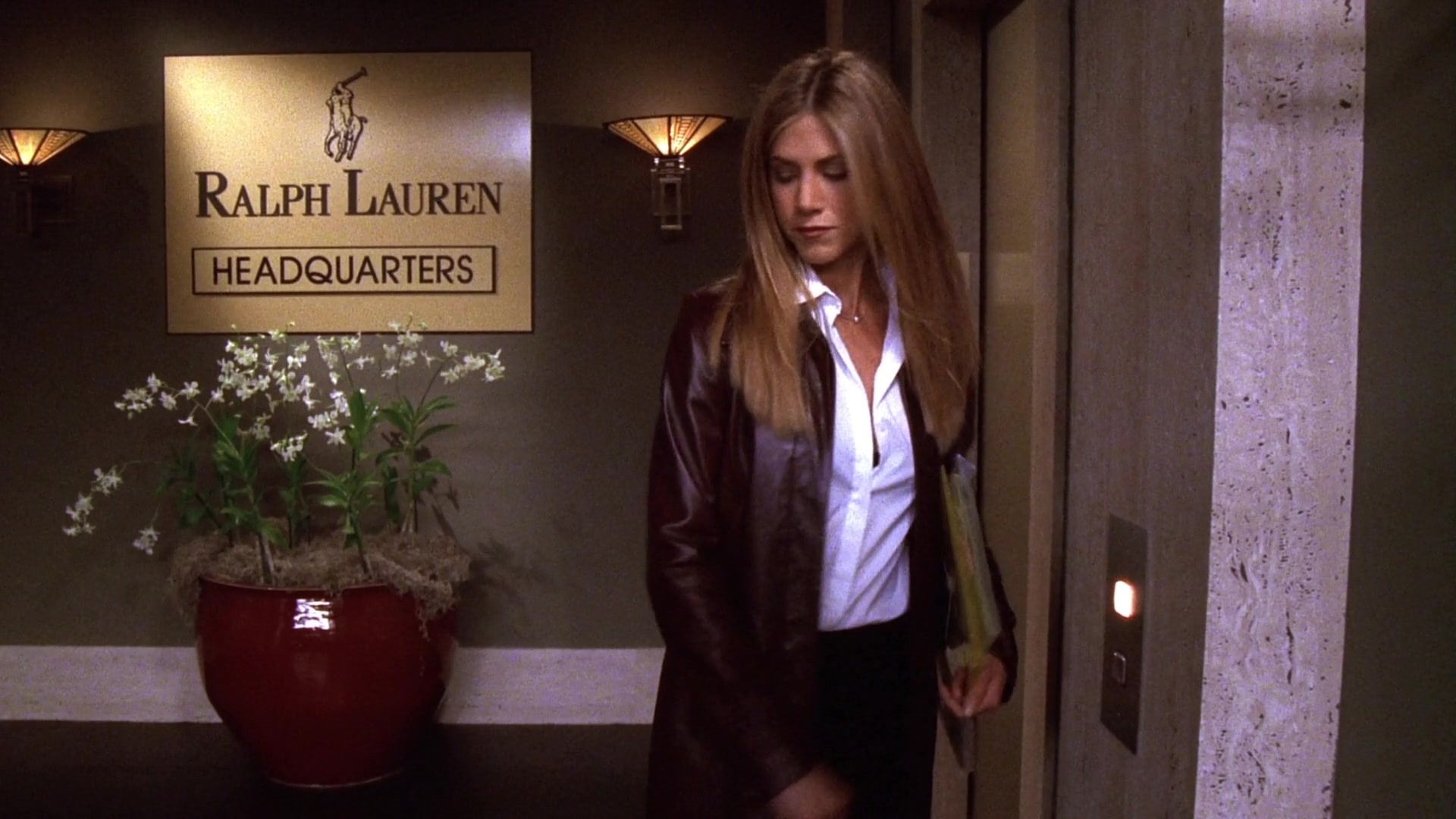 Central Perk may have been where Rachel Green got her start in the job market but she eventually moved on to fashion, where her career had its own role over the course of the show’s life. The audience watched her through a stint at “Fortunata Fashions” before becoming an assistant buyer at Bloomingdale’s and finally transitioning on to Ralph Lauren, where she worked over several seasons. This is all despite kissing her boss during her interview, dating her assistant Tag, and constructing a fake affair with Ralph Lauren himself, where Lauren made a cameo for that episode. That story line serves up the perfect opportunity for the New York-based brand, Ralph Lauren, to attract buzz and sales.

The primary focus of the collection features work ready looks that are tied to Rachel’s signature preppy style and are based off existing products that would most likely be in Rachel’s closet today. The looks all come from Polo and LAUREN by Ralph Lauren lines. Just as friends proved to be a recurrent favorite in the series for viewers over the last 25 years, this collection reflects Ralph Lauren's timeless styles and archetypes that have remained a go-to for the modern working woman. The collection also highlights how Ralph Lauren has continued to be a go-to label for modern working women for decades. This is similar to the woman Rachel's character reflects. “If a wool blend blazer and leopard-print coat was good enough for Rachel Green, it's good enough for fans today.” 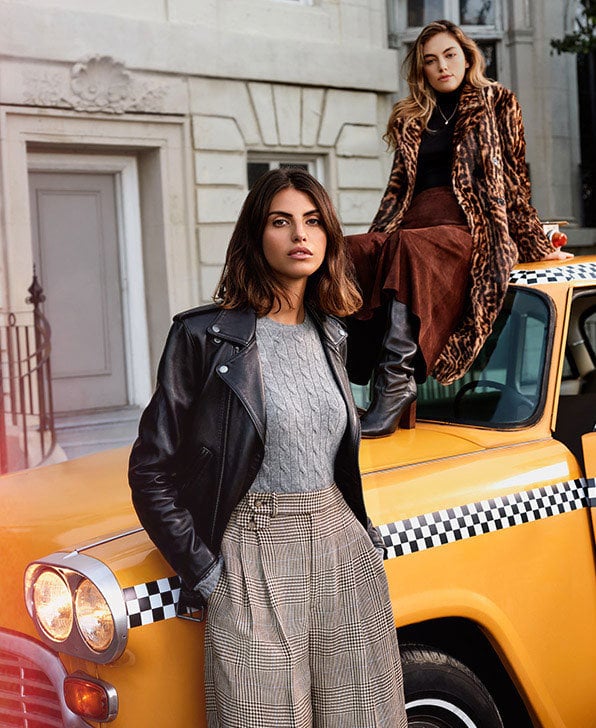 With '90s fashion having a moment right now, it's the perfect time for an updated version of Rachel’s chic work wear aesthetic. The whole collection consists of 74 pieces, however there are a finite 13 pieces that most definitely have Rachel’s name all over them. The pieces in the collection are available in store and online, with prices ranging from $39.50 for a classic T-shirt all the way to $2,998 for a very Rachel-looking leopard print coat. Some items in the collection include velvet jackets, turtlenecks, leather and plaid pants, chic blazers, silk blouses and more. Overall, the line represents a truly timeless line, which serves as a much-needed reminder that good clothes never go out of style.

While Ross, Rachel, Chandler, Monica, Joey and Phoebe would not have been able to pay for the looks, the actors who played them likely could. "Friends" stars got paid $1 million an episode (or $22 million per season) on the show back in 2002. The show continues to cash in years after it first aired in 1994. Warner Bros. TV debuted a "Friends" pop-up experience in New York City earlier this year with set re-creations, props and costumes used in the series. 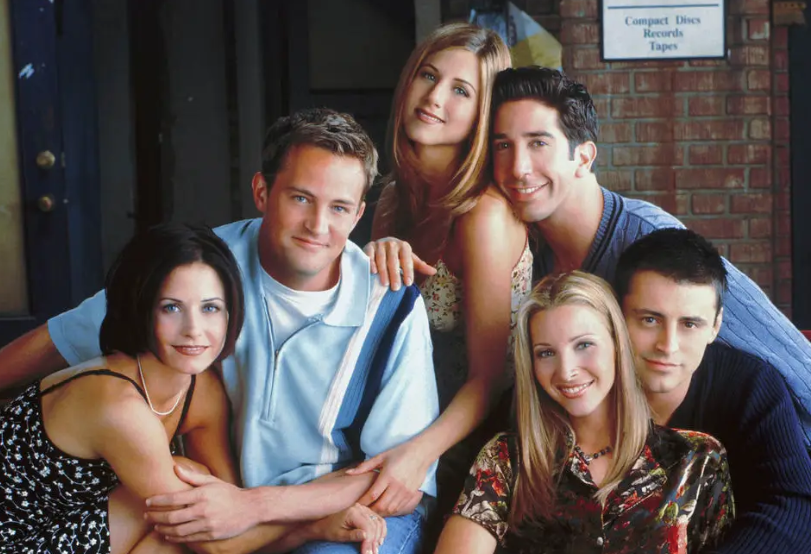 To complete the campaign, there was a photo shoot at replicated sets of Central Perk with complimentary cups of coffee and the famous orange couch as well as a copy of Monica and Rachel’s apartment. Beyond the clothes, the campaign itself is a work of art and the perfect tribute to the beloved show. Recreating some of the iconic images, six models which represent the well-known characters pose in front of a fountain, on a red couch, in an apartment identical to Rachel’s and Monica’s, and hanging out in Central Perk. Also, the collection was showcased at Bloomingdale’s and shoppers at the 59th Street flagship stopped by for a free cup of coffee at an imitation of Central Perk.

Ralph Lauren x Friends is the first of many partnerships to come from major designers to celebrate the 25 year anniversary. Balenciaga did however make an appearance in the episode where Joey decided to put on all of Chandler’s clothes, who knew Chandler had so much style. Ralph Lauren is not the only merchandise released for the anniversary. Pottery Barn announced in July, a line of Friends themed products. They will all have inside jokes including the notorious table from the appropriately named season 6 episode, "The One with the Apothecary Table." Asos and H&M carry Friends clothing including tees and hoodies. Lego has designed a copy of Central Perk, and comes with the main characters and important details, the cash register, menu board, flowers and even a cookie jar. Even Trivial Pursuit has come out with a "Friends" edition. Google participated by playing an inside joke or iconic line related to the character when the show’s characters are searched. So now you can live and dress like you’re the seventh Friend.

Ralph Lauren is the latest in a string of fashion brands to launch a TV-inspired collection. The sportswear brand, Nike, unveiled a two-part capsule collection in June and July inspired by the Netflix show Stranger Things. The British heritage fashion brand, Kent & Curwen, teamed up with the makers of the hit TV show, Peaky Blinders, on a fashion series that made its debut back in January.

Helpful Tools To Make Your Brand A Success

Do you want to see what other successful brand partnerships look like? We have all the resources you need. Check out some of our other blogs on previous promotions and marketing strategies to see what you can do for your brand when it comes to entertainment.

Are you excited to start getting your brand in TV shows and feature films? Take a look at our Product Placement & Promotions 101 Guide that you can download below for helpful tips.