We Won Best Product Placement! Two Years In A Row...

An Awards Show For Product Placement

Beyond the Oscars, Golden Globes, Critics Choice Awards and those other star dusted glittery Hollywood events you hear so much about is another awards show you may not know about that takes place in Germany each year at a conference dedicated to our industry of entertainment marketing, and it is one that we as an agency absolutely love!

Winning an award is recognition that we are doing our work well, and praise that our team truly appreciates. And we have had the honor of winning two years in a row, first for Bumble and Paramount's Book Club, and secondly with FLIR and Netflix's Ozark.  In this blog, Hollywood Branded shares a look at two of our winning product placement campaigns from Europe's prestigious ProPKo Awards in Germany for FLIR and Bumble.

The ProPKo Awards take place in Stuttgart, Germany each fall.  A decade ago the awards and congress were established to better the awareness and education of product placement partnerships in content.  Advertising agencies, corporations, broadcasters and producers can submit their product placement partnerships across cinema, TV, online, gaming, influencers and cross promotion.

“Entertaining advertising has a long tradition and success story. The new media have added exciting chapters, such as successful influencer campaigns. As a result, branded entertainment has become a new, powerful communication instrument. With this creative award we are awarding the best quality for the ninth time and thus giving the industry new benchmarks.” - Andreas Waldner, W.TV Entertainment Marketing, founder and summit organizer of ProPKo. 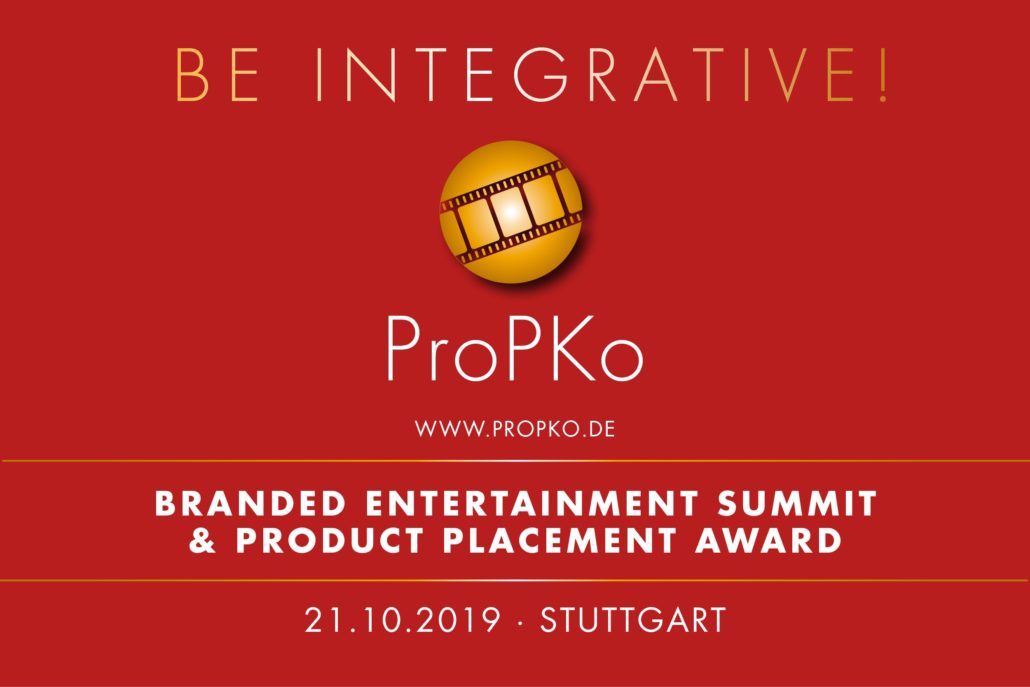 Impacting factors of the product placement integration include the dramatic integration and audiovisual implementation of a product, brand or license.

This year, the awards were presented on October 21st, 2019 as part of the ProPKo – Branded Entertainment Summit at the Literaturhaus Stuttgart.  And we won! For the second year in a row.

I have attended this conference in years past as a featured speaker to discuss how product placement works in the US, and am absolutely delighted to have our team be part of this year’s award winners, having won the award of International Television Product Placement for FLIR’s secondary storyline in Netflix’s television series, Ozark.

FLIR has been working with our agency to activate product placement across TV, film and music for the last six years.  The company is very marketing focused on both business and consumer audience targets, and our placements range from productions with storylines taking place in a really wide range of industries – from government defense and military, industrial, outdoor, professional trades like home improvement, public safety and – as seen in the TV series Ozark, marine!

This award means a great deal to not only our agency, but also to FLIR – to have all of our hard work and success recognized on such an international stage is a really proud moment. It can really be quite the undertaking as an agency to secure fresh, exciting opportunities that get noticed and make a difference. We’ve had really incredible product placement success for FLIR, and this award is even more meaningful to us because we’ve earned it alongside a client whom we’ve had such a long history with, and with whom we are constantly challenged to find even bigger and more exciting opportunities for year after year. It’s that challenge to constantly outdo ourselves, and this award means that we’re doing it!

Our team has worked with Ozark since season one, back in early 2017 when it first went into production.  At that time, we began educating production on FLIR and the range of thermal camera equipment and usage case scenarios that would be beneficial to Ozark’s upcoming storylines – especially knowing that the series takes place on a lake, with many boating scenes. While there was not an opportunity to feature FLIR in season one, our conversations and education made an impression, and when an opportunity arose with the writers in season 2 of the series, FLIR was top of mind as the perfect product solution.

Check Out The Placement:

More Than A Product Placement

This was a storyline that was about much more than characters being paid $10,000 to steal a camera – it was about a daughter who was willing to cross any line to please her criminally-minded father.  The storyline created a massively impactful character arc showing how life decisions can sometimes be justified as more grey than the black and white of right and wrong. And that is why the placement is such a success.

FLIR played a very important role in driving that character arc, and while the exposure included verbal mentions of FLIR and the camera model call out, along with logo and product shots of the camera, it did not come across as feeling forced, but instead, very organic and needed.  For those boaters in the know watching, they would easily recognize if a lower-priced and lesser quality camera was used instead. And that’s the power of product placement and leveraging pop culture platforms like television – not only does the brand win with the received exposure, but the production actually needs the assistance of the brand in order to tell a better story to the audience, without having to spend a lot of money in the process.  Which is the goal with the product placement programs we do – to make the partnership as organic as possible to ensure a receptive viewing audience.

Brand partnerships like this allow productions to focus on their show, and not worry about logistics – and allow them to spend budgets on the show itself versus buying products.

Because the production didn’t give our teams a lot of time to arrange there camera needs, the whole process happened very fast.  It was A LOT of logistics packed into a really short period of time. Given the quick turnaround production needed from us and the fact that we were earning this exposure based on the loan of equipment versus paying a fee, we didn’t really have as much control of the scene as we would have if a fee was paid.

Since nothing was necessarily contracted, there was a lot of good faith by FLIR and our team that production would deliver a successful product placement. And thank goodness, they did! We were really happy at the outcome.  FLIR received two verbal mentions, the brand model mention and two super clear logo shots, resulting in over a minute and twenty seconds of storyline on screen.

Here’s the thing – we spend a lot of time educating brand marketers about the power of product placement, and the importance of building relationships with Hollywood on a continual basis, because you just don’t know when the win is going to present itself.  It’s incredibly important to become a reliable and trusted partner to productions. Not every placement will result in a win as big as Ozark and FLIR, but with a constant presence in Hollywood, the wins do come in on a regular basis, and grow year after year.

With FLIR primarily being a Business to Business brand marketer, connecting with their customer base can be a challenge. With our product placement program, and specifically this Netflix Ozark integration, FLIR still hears about it from their clients and investors – as well as internally because of course this is a bit or a moral boost at the office to see your place of work in one of your favorite shows.  This Ozark placement will continue to benefit the brand for years to come. This series continues to pick up new viewers and be a binge-worthy favorite, delivering exposure to tens of millions of people that just can’t be bought, and delivering well beyond any other traditional advertising medium.

Plus - we all won the Best International Product Placement in TV!

For more on FLIR's product placement program, check out our following blogs:

The year before we won for FLIR, we crafted another brand partnership with a feature film that went well beyond product placement, and became truly part of the story.  The partnership was with relationship app Bumble and Paramount Picture's Book Club, starring Jane Fonda, Candice Bergen and Diane Keaton.

In the film, Candice Bergen's character has been divorced for more than a decade, and finds out that her ex-husband has found love online, and horrors of horrors... is getting remarried.  Her entire storyline in the film becomes about her new found quest for love - and her using Bumble to find it. 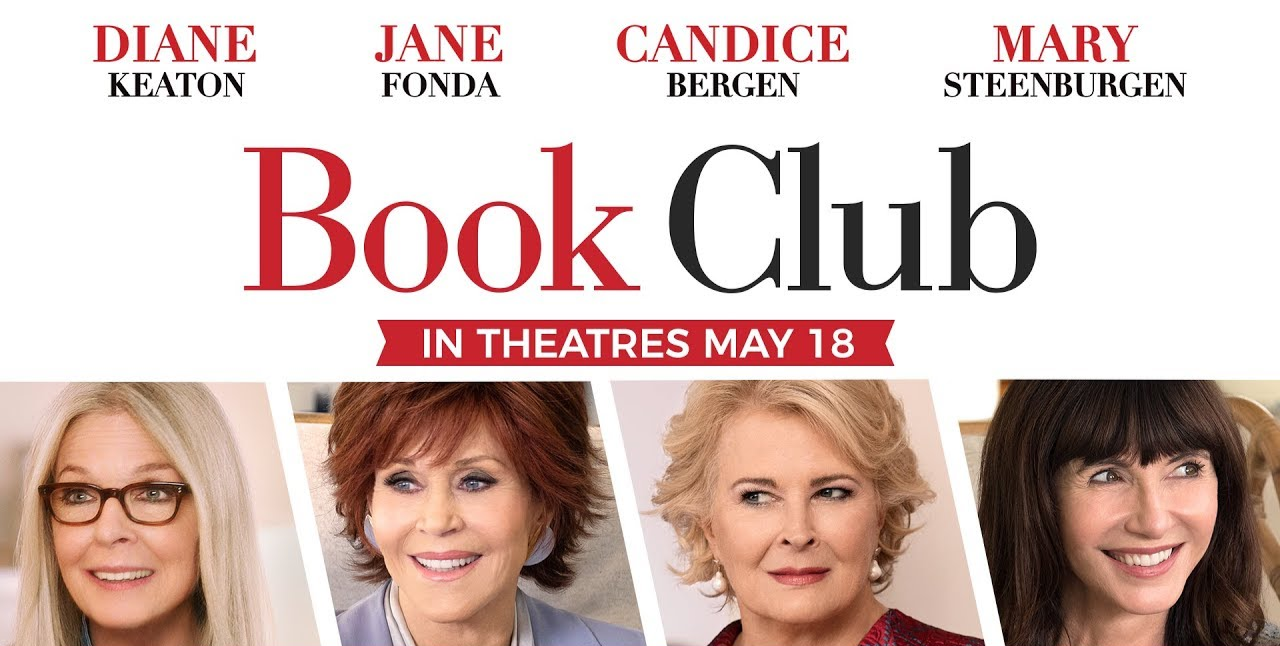 We go into great detail writing about how this product placement was brought to life in our blog Product Placement Case Study And Movie. Plus, how we extended that placement into an in-app co-promotion to encourage downloads.

The partnership went well beyond branding, ensuring that very specific marketing messaging and features were built in to help familiarize the audience and distinguish the app from competitors. Make sure you check it out!

Here's the note from the Awards Jury:

It is well known that people today get to know each other and fall in love more and more online . Embedding a flirting or dating app as a central element in a feature film is new and, as we find it, the film Book Club has really succeeded. All three leading actresses are already ‘experienced in life’. One of them is looking for a new partner and is very charmingly urged by her friends to use the Bumble app. What particularly convinced us in the jury was the unobtrusive and often humorous way in which the app was operated – just the way you can imagine it in real life. The film thus provides an instruction for action for the app - with lots of details like an accidental funny photo or what happens when you delete the app and then want it back. This is an outstanding example of what the communication instrument Product Placement can achieve – the results for the film and the company Bumble were correspondingly successful. Congratulations!

A Thank You To ProPKo From Hollywood Branded

As any agency knows, you don't always get accolades and compliments as the campaigns we create are just part of the job we are hired to do.  So it is extra special and an honor when peers in our entertainment and advertising industry provide the recognition and honor that an award such as the ProPKo brings with it.

Here's a peek at the thank you video from our team for 2019.

Get Ready To Rock Your Product Placement

And download our Product Placement 101 guide on how to create the best product placement program out there!