Times Are Changing for Cannabis

Cannabis has long been an issue in the United States. To this day, it is still considered a Schedule 1 drug, right up there with LSD and ecstasy. However, despite the federal government’s classification of the drug, cannabis has slowly but surely creeped its way into the mainstream. To date, there are over 11 states that have fully legalized cannabis for recreational use and dozens other that are soon to come.

With the plant’s growing popularity (and increase acceptance from the government level), cannabis is more prevalent in society than ever before. Attitudes have changed and products/information that previously would have shocked people are becoming more commonplace. In this blog, Hollywood Branded examines and discusses five celebrities that support cannabis.

It should come as no surprise to anyone that there are plenty of celebrities that consume cannabis . After all, celebrities are just humans, and as we see from the increase in cannabis' popularity, it seems like humans enjoy cannabis. The only difference is that the changing attitudes towards this plant have allowed certain celebrities to come out and be vocal about their support of the plant.

Some celebrities have always been outspoken supporters but not nearly the amount that we see today. Whereas not so long ago, celebrities risked really hurting their brand simply by coming out and saying that they support the safe usage of cannabis. But let’s be real, cannabis has always been a centerpiece in Hollywood. Now, it’s just a lot more in our faces than it was before. Below are five (5) celebrities that have publicly shown their support of the plant...

The 32 year old Transformers actress has been very public about her support for cannabis. In an interview that she gave back in 2009, Fox said “I can’t tell you how much bullshit I’ve been through because I will openly say I smoke weed”. She’s one celebrity that we’re sure both a lot of men and women would love to sit down and light one up with. Fox followed up that quote with saying “I hope they legalize it and when they do, I’ll be the first f*cking person in line to buy my pack of joints.” Well, I think that says enough about Megan Fox’s support of cannabis. 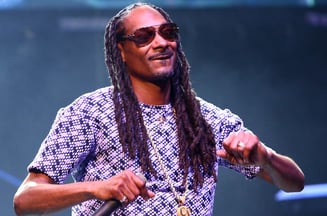 Snoop Double-O G. The OG of celebrity cannabis supporters. Since Snoop first became popular, he has always been an outspoken supporter of the plant. He’s both talked about and been seen smoking marijuana on multiple occasions throughout his career. Just give him a quick follow on Instagram and you’ll see just how often he consumes the plant.

Snoop isn’t an anomaly in the world of music artists; there have been several artists from all different genres that have been vocal about their use of cannabis. For many, it’s been said that cannabis has helped improve their creative abilities. Maybe it’s cannabis, maybe it’s his sheer ability, but whatever it is, Snoop Dogg has remained at the top of his game for over 20 years. We think it’s safe to say maybe a small portion of that can be attributed to his cannabis use. 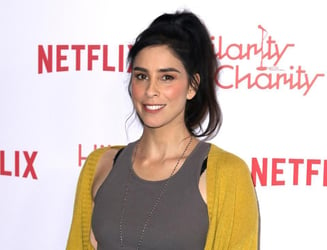 Sarah Silverman is one of the most sought after American stand-up comedians, actresses, producers, and writers in Hollywood. Throughout her career, there’s been a few different times where she’s alluded to or just flat out told people that she smokes cannabis. For example, in 2015, she told a story about when she smoked a red, white and blue bong that Jeff Ross brought over to house for her dad, and another about how she shared an edible with her step mom at a bar mitzvah. Okay Sarah, we get it… you like cannabis. 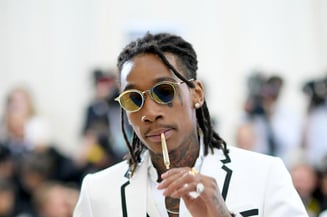 This list wouldn’t be complete if we didn’t include Wiz Khalifa on the list. Like Snoop Dogg, who Wiz has actually collaborated with on several occasions in the past, has been a vocal supporter of cannabis since the beginning of his career. The majority of his album titles and songs are either about marijuana or reference marijuana. Khalifa once said that he spends roughly $10,000 on cannabis every month! Now, that’s a lot of marijuana.

In recent years, Wiz Khalifa has become a highly sought after celebrity endorser, having recently done a campaign with Oreos. As cannabis continues to mature and become more widely adopted, we’re sure that multiple cannabis brands will be looking to align themselves with Wiz Khalifa in the future.

Wildly successful actor, Morgan Freeman, has spoken out about his support of cannabis for several years. Back in 2003, he proclaimed “Never give up the ganja”, proving that cannabis has and always will be an integral part of his life. Freeman has stated that cannabis has been very helpful for the fibromyalgia in his arm by helping to alleviate some of the pain that he experiences. Due to his own illness, Freeman has always been a proponent of the medicinal uses that cannabis provides.

From cancer patients to children with epilepsy, cannabis has proven to be one of the most effective solutions for a lot of the pain and discomfort that these type of patients endure on a daily basis. It’s clearly worked for Morgan Freeman over the years and it doesn’t seem like he’ll be dropping it anytime soon, especially as it becomes more and more mainstream.

Use Celebrities to Market Your Cannabis Brand

Due to the strict marketing regulations surrounding cannabis brands, celebrities provide an excellent channel for these types of brands to market the masses. Similar to how alcohol brands have done for years (think Diddy and Ciroc or just recently Ryan Reynolds and Aviation), cannabis brands have a wide open opportunity to partner with celebrities that’ll take their company to new heights.

Celebrities have the social clout and necessary trust among their fans that new brands need in order to grow. As mentioned earlier, the types of celebrities that are available are endless. If you’re a new cannabis brand that’s looking to market to 40+ year old women, we guarantee that there is a cannabis supporting celebrity out there whose fan base fits that demographic.

Also, the cannabis space is particularly interesting for celebrity endorsements simply because of the product itself, as well as the infancy of the industry. A lot of celebrities would be more than happy to promote a brand for free product or even equity in the company because the upside is so large.

You Need An Agency

To do this, a brand is going to want to partner with agency that has connections with celebrities, their managers, agents, etc., and knows how to put together these types of deals. In addition, an agency that understands the rules and regulations associated with this space will be crucial to the success of your partnership.

Check out these five (5) blog posts that examine cannabis and/or celebrity endorsements...

One of the best ways for a brand to get their product in front of celebrities is by embedding the brand into a star-studded event. Events like these get the product into the hands of top artists, actors, athletes, etc. and provide brands with an excellent opportunity to capture branded content to be shared through their socials. If you want to see what celebrity events are coming up soon, click on our Celebrity Event Calendar below: